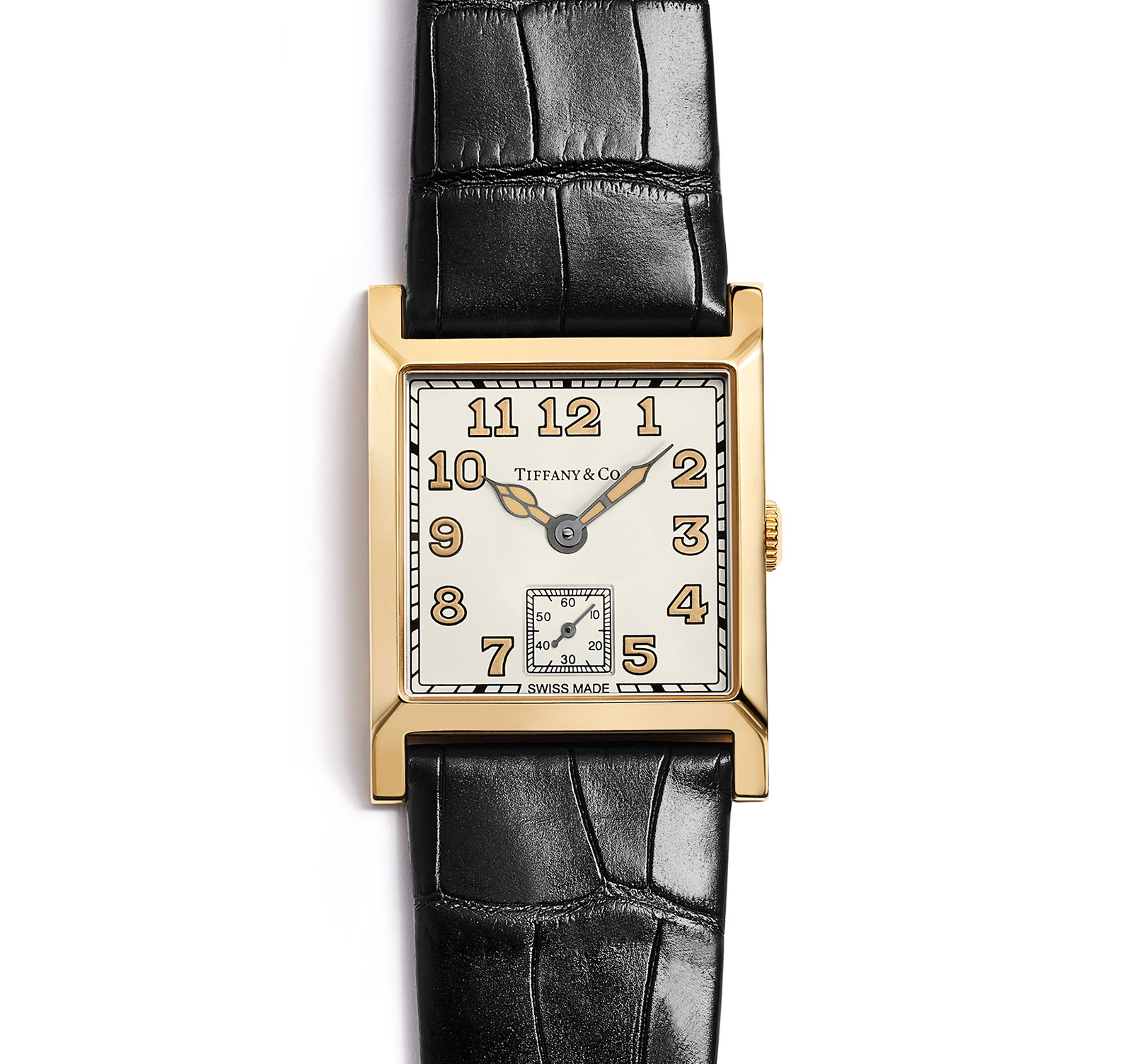 Tiffany & Co. set up its own watchmaking facility in southern Switzerland two years ago in a bid to make serious men’s watches, like the CT60 for example, but it had relied on stock movements, until now. The latest wristwatch from the New York jeweller is a surprise – a square watch with a square, hand-wound movement to mark the Tiffany’s 180th anniversary.

The imaginatively named Tiffany Square Watch is modelled on a 1920s original and does a convincing job recreating the vintage look with a smallish, 27mm wide case that’s a thin 6.9mm high. In 18k yellow gold, the case has a polished, sloping bezel that flows into the lugs, while the flanks are linearly brushed.

The dial has large Arabic numerals, Cathedral hands and a railway minute track, a look typical of early wristwatches. And in keeping with the fad for vintage-look lume, the Super-Luminova on the hands and hour numerals is in a honey tone. Sized to fit the case perfectly, the movement is hand-wound with 17 jewels and a 42-hour power reserve. It’s appealingly laid out, with traditionally shaped bridges with elegant outlines that suit the retro style of the watch.

Form movements, meaning to say those that aren’t round, are rare, making this a notable development, especially coming from a nascent watchmaking operation. Though Tiffany says the movement is in-house, it appears to be built on the ETA Peseux 7001. The bridges and base plate have been reshaped but the crucial components appear the same. It is nevertheless an attractively conceived calibre. Jazzed up with a sporty, military-esque makeover.