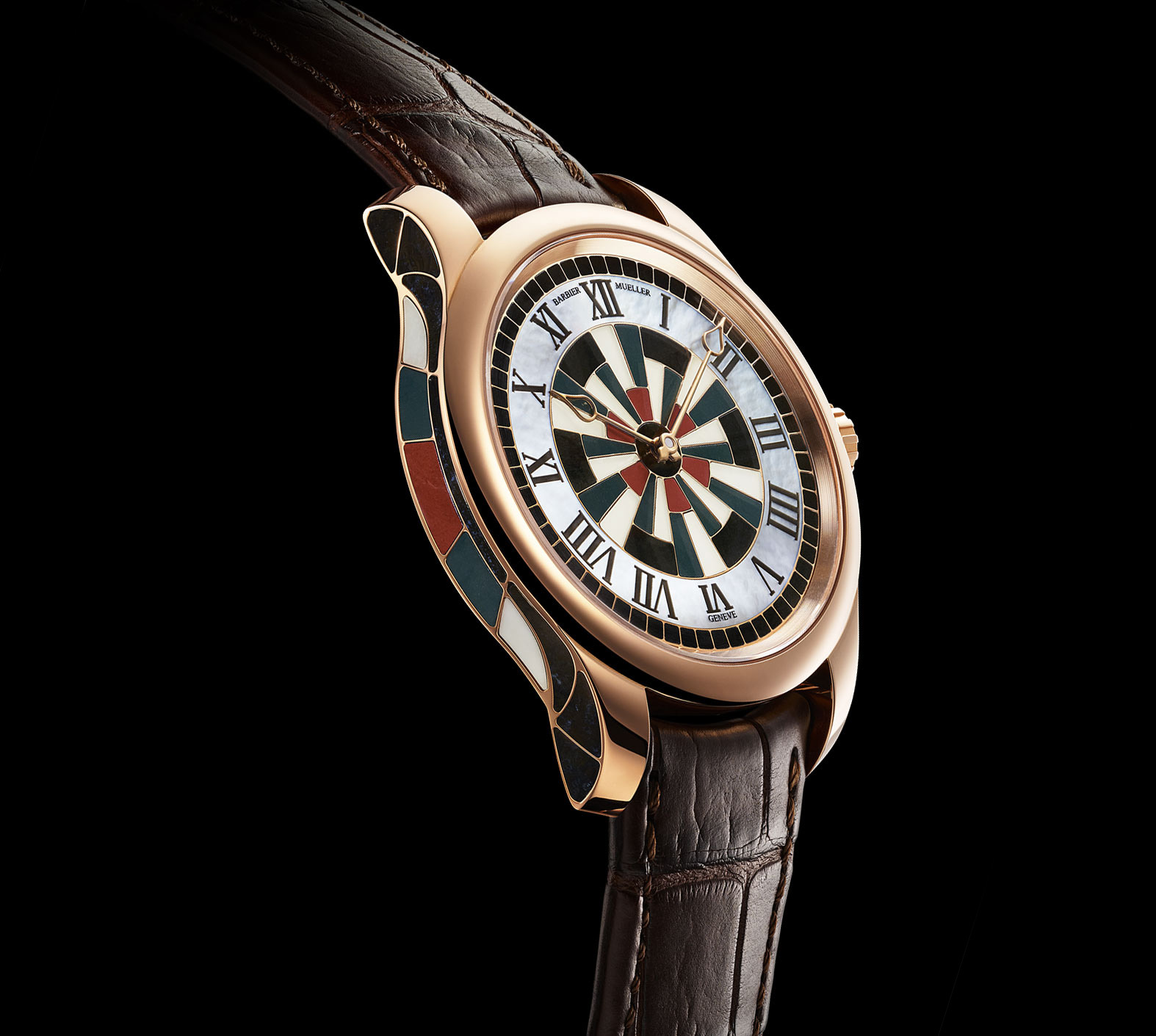 Amongst the 40-odd watches in the line-up for the upcoming Only Watch 2017 charity auction, only one name is not immediately recognisable- the Mosaïque by Barbier-Mueller.

Barbier-Mueller is not a watchmaker, rather it is the name of a prominent family in Geneva, most famous for their eponymous museum of tribal and primitive art. Located at 10 rue Jean-Calvin in the Old Town of Geneva, the Barbier-Mueller Museum has a world class collection of over 7000 objects, a selection of which are always on show at the rather compact venue. It was set up on 1977 by the late Jean-Paul Barbier-Mueller, who built upon an art collection began by his father.

In fact, the Barbier-Mueller Museum is the very same institution that provided the masks with which Vacheron Constantin created the miniatures found on the weird and wonderful Metiers d’Art Les Masques quartet introduced exactly a decade ago. Vacheron Constantin Les Masques of 2007, depicting recreations of masks from Indonesia, the Congo, China and Alaska.

Beyond being civic-minded patrons of the arts, the Barbier-Mueller family is also one of the biggest landlords in Geneva and a regular entry in the annual rich list published by Swiss business magazine Bilanz. And as it happens one of the sons of the late Jean-Paul, Stéphane Barbier-Mueller, is an old friend of Francois-Paul Journe, with a longstanding relationship with Montres Journe SA as one of the company’s directors.

Like his forbears, Stéphane Barbier-Mueller is an accomplished collector, particularly of historical European coins, having put together one of the world’s largest collections of historical French coins and medals. Naturally Barbier-Mueller also owns very special F.P. Journe wristwatches.

Unsurprisingly, the Barbier-Mueller Mosaïque is actually a F.P. Journe timepiece, likely the only wristwatch ever produced by F.P. Journe without the watchmaker’s name on the dial. In fact, it is based on the Chronometre Souverain, with the same hand-wound cal. 1304 found inside the Chronometre Souverain. But the rest of the watch is entirely unique, starting with the 41mm case. The watch gets its name from the hand-inlaid jasper in a geometric motif inspired by a similarly decorated 19th century pocket watch Francois-Paul Journe had once seen in an auction catalogue.

Enlarged to provide a bigger canvas for decoration as well as accommodate a hinged back (the ordinary Chronometre Souverain is 40mm), the case is tiled with four colours of jasper – red, black, white and green – on its sides, back and even the top of the crown. The gold surface of the case had to be engraved to create a hollow to accommodate the stone inlays, of which there are over 130 on the case and dial. The geometric inlay is continued on the centre of the dial, while the chapter ring for the hours is mother of pearl. And the outermost minute track is paved with black jasper squares. Both the hour and minute hands are solid gold, featuring unusual, open-worked tips.

A tiny platinum medallion on the back lid is engraved “Only Watch 7”, a reference to the number of years Only Watch has taken place. Originally conceived as a limited edition of 10 watches, only two examples of Mosaïque were produced to date due to the difficulty in inlaying the case and dial. The series may be completed in the future, with several watches slated to go to members of the Barbier-Mueller family.

Correction August 1, 2017: The series of 10 may be produced in the future, instead of just two as previously stated.