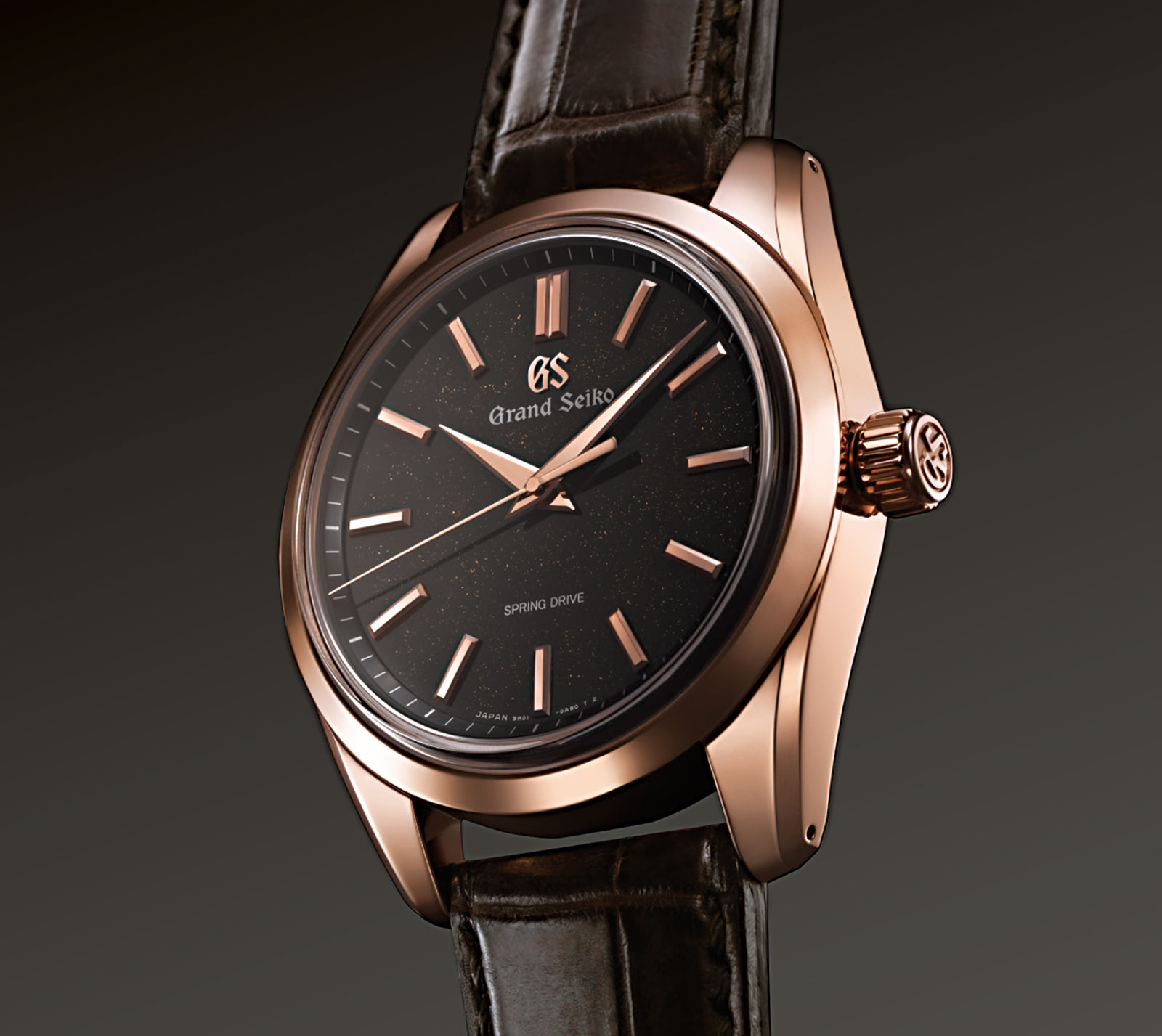 Most of the watch is identical to the platinum version, save for the dial. Galvanically coated black and then painted with several layers, the glossy black surface is covered in tiny specks of gold intended to give it the look of the starry night. Also, the dial only reads “Grand Seiko“, now the convention since Seiko liberated the line to become an independent brand since Baselworld 2017.

The hands and baton hours markers are vintage Grand Seiko – diamond-cut to create razor sharp edges as well as mirror polished to reflect the light and boost visibility. At 43mm the pink gold case is identical to that on the platinum model, being uncharacteristically large for a Grand Seiko but nonetheless finished with the same zaratsu polishing technique adopted from Japanese sword making. Zaratsu polishing creates mirrored surfaces that are exceptionally flat and free of distortion.

And the cal. 9R01 movement inside is a product of the Micro Artist Studio, the workshop inside Seiko Epson’s facility in Shiojiri, situated in Nagano prefecture, where the very best Seiko watches are produced and meticulously finished by hand. The Micro Artist Studio the same place where the Credor Eichi II is made, with more than a dozen craftsmen producing just over two dozen watches a year.

Hand-wound with an eight-day power reserve – thanks to three barrels, which explains the size of the watch – the movement design is inspired by the landscape in Shiojiri. The full bridge on the back is shaped to resemble the mountain peaks that surround the Seiko Epson factory. The Spring Drive 8 Day Power Reserve (ref. SBGD202) will be available starting August at Seiko boutiques and selected retailers in Japan, priced at ¥‎4.752m, taxes included. That’s equivalent to about US$42,700 and appropriately, a quarter less than what the platinum costs. Internationally it will reach select retailers in September.