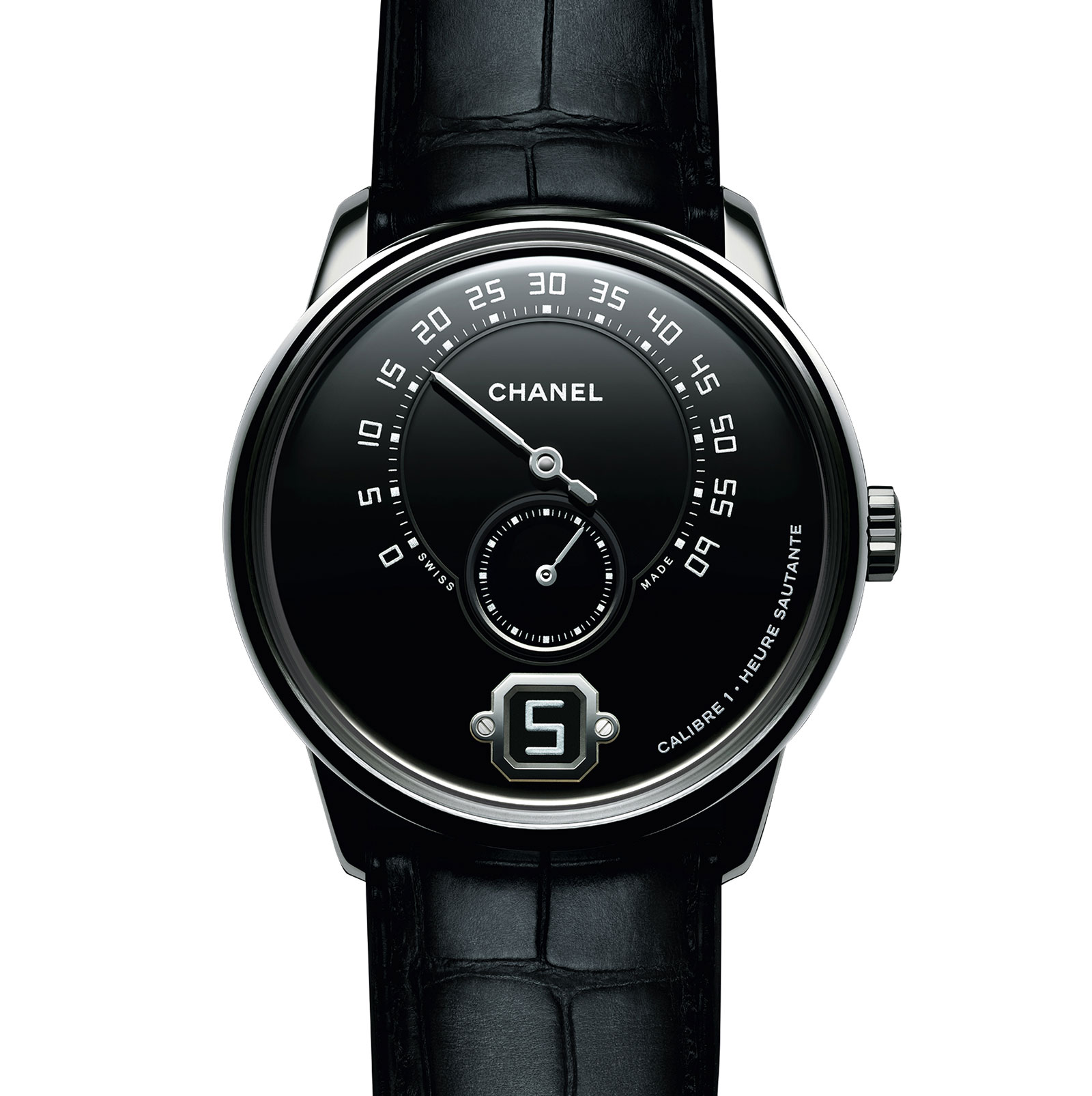 Last year Chanel introduced its first wristwatch that was conceived from the ground up as a men’s watch, the surprisingly impressive Monsieur de Chanel. Now Chanel has given it a platinum case and black vitreous enamel dial, making it a lot more handsome – and twice the price of the gold versions.

The dial is black grand feu enamel – the traditional sort fired in an oven – but the rest of the watch is identical to last year’s versions in 18k gold. The case is 40mm in diameter, with the hand-wound calibre 1 inside.

It has both a retrograde minutes and jumping hours display, both part of a mechanism that’s integrated into the base plate, rather than being modular. Notably, the wheels of the movement were produced by Romain Gauthier, a respected independent watchmaker who sold part of his company to Chanel.