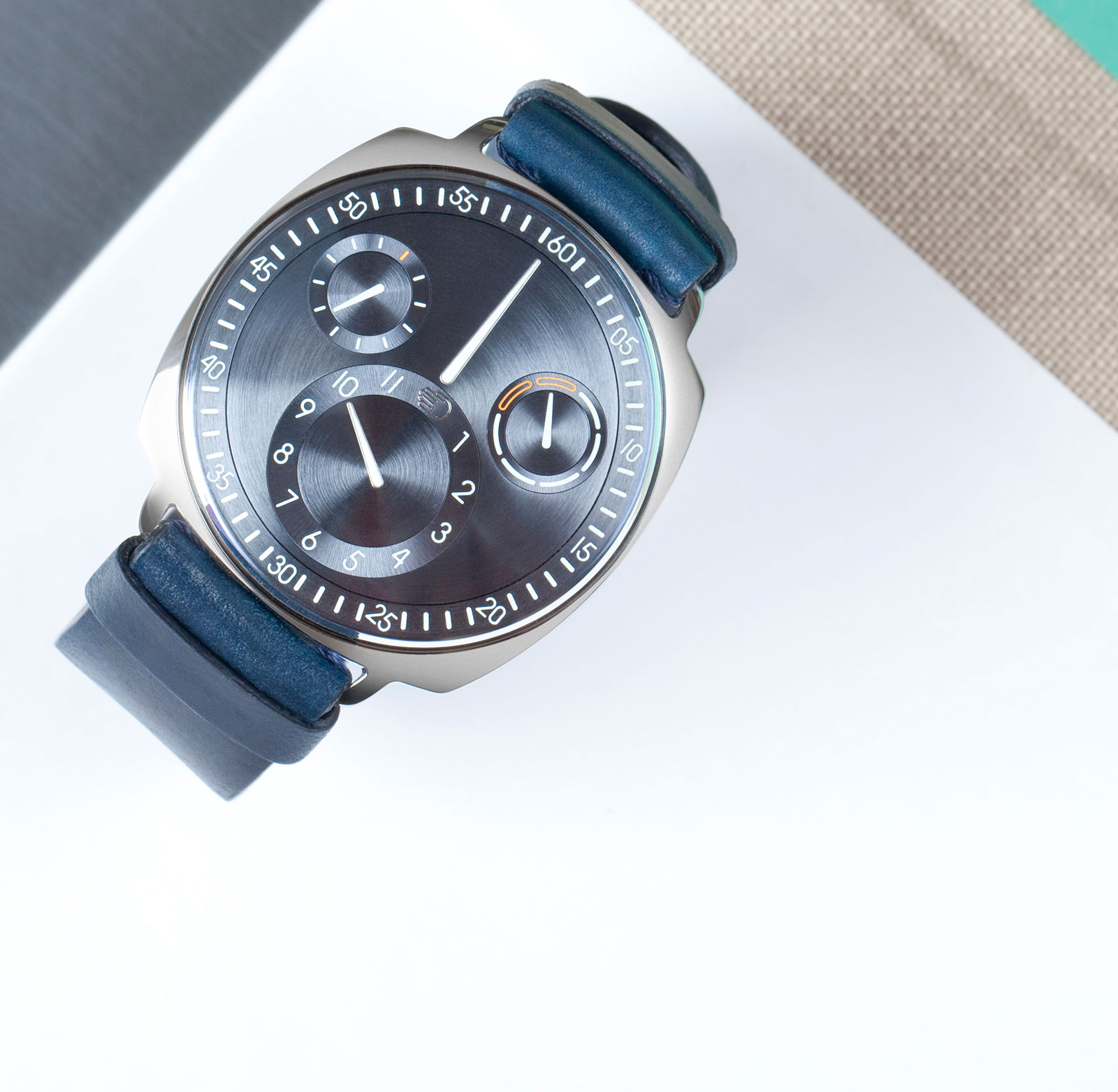 Ressence has made a name for itself with minimalist designs backed by ingenious mechanisms to display the time – including its signature oil-filled planetary display – but its latest wristwatch dials back the complexity to prove less is more. Slated to be launched at SIHH 2017 next week, the Type 12 “Squared” is based on the original Type 1, the brand’s inaugural wristwatch, but an entirely new design.

Founded by Antwerp-based designer and engineer Benoît Mintiens, Ressence makes watches that muted, minimalist, and almost exclusively round and titanium. In contrast the Type 12 is cushion-shaped and in stainless steel with a bright polished finish. With echoes of 1930s Rolex Oyster and Panerai watch cases in its form, the case is thinner and smaller than the typical Ressence, measuring a modest 41mm in diameter and 11.5mm high.

One factor in its slimness is the absence of the sapphire-covered case back that’s a hallmark of other Ressence watches, none of which have a crown and rely on rotating the back for setting. Instead the Type 12 has a steel back with a semicircular lever that can be pulled out to set the watch. Like all other Ressence watches, the base movement inside the Type 12 is the eminently robust, self-winding ETA 2824, with the patented Ressence Orbital Convex System (ROCS) time display mechanism that relies on planetary gears to show the time. The hours, minutes, seconds, day of the week and power reserve are on separate sub-dials that each rotate around the dial. But what sets the Type 12 apart is the newly developed day of the week setting mechanism. Whereas the earlier generation of the movement required tedious and numerous rotations of the back to set the day, the Type 12 has a quickset mechanism that quickens the setting process.

This feature will be standard from now on for all Ressence watches, but can also be retrofitted to watches bought earlier, excepting the earliest versions of the Types 1 and 3. The upgrade will cost €1000 for the Type 1 and €2000 for the Type 3, less if it is done simultaneously with a service. While the case is steel, the dial is German silver with a circular grained finish, and available in three colours: silver, ruthenium, Night Blue and Champagne. The style and colours of the watch also suit it for female wrists, with pastel coloured straps an option.