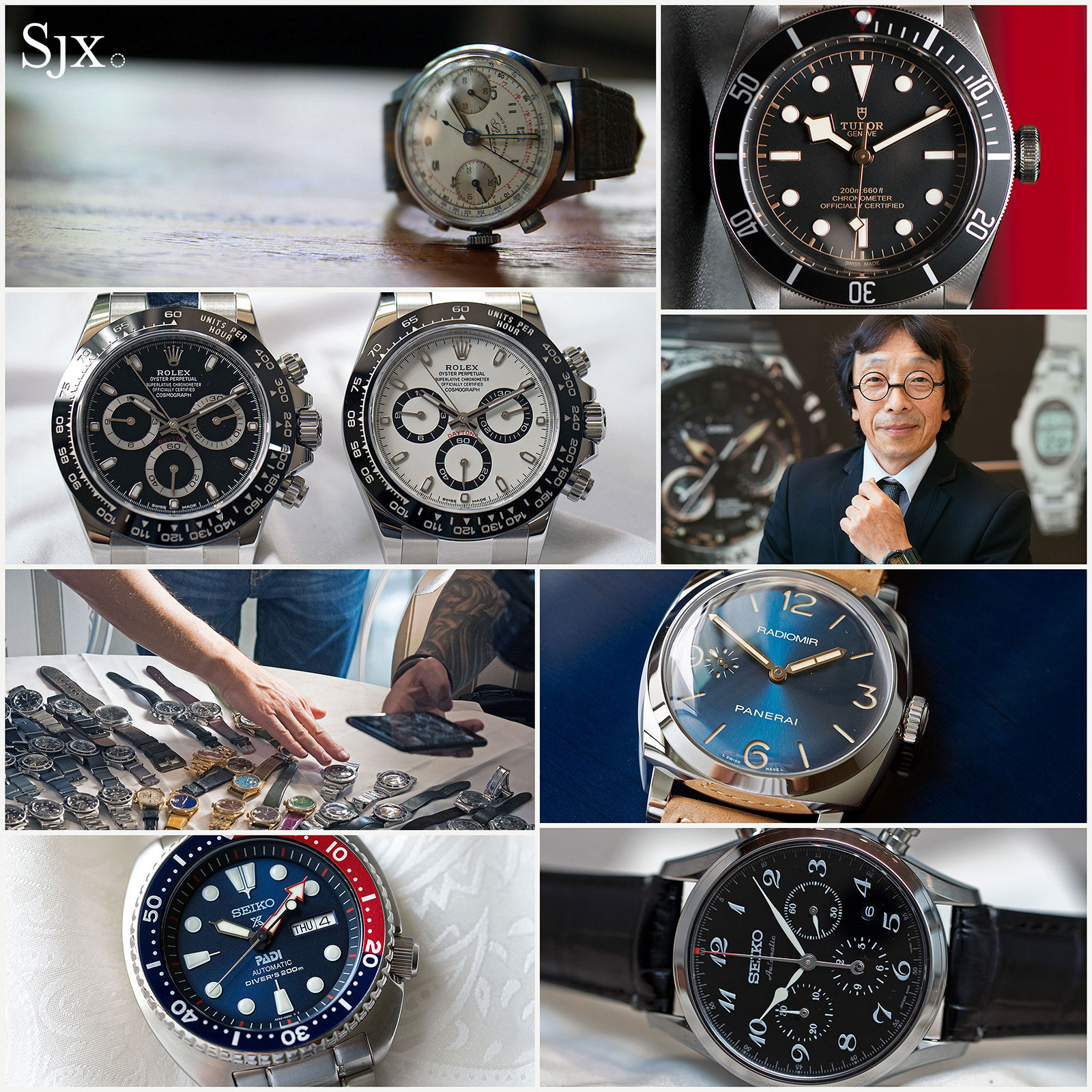 The past year was a big one for us, with the revamped website coming online in March 2016. That quickly showed up in our visitor numbers, which have doubled. Consequently, whereas in past years the annual roundup of the year’s best comprised 10 top stories, this year we cover 18 of our best posts; in several Chinese dialects “8” sounds like prosperity and fortune so it’s a good start to 2017.

Here are the 18, and thank you for reading.

18. Editorial: an excursion into the concept of value in watches SJX takes us through what constitutes true value for money in watches, from complications to finishing to vintage. We sat down with Kikuo Ibe, the inventor of the Casio G-Shock, who explained one of the bestselling wristwatches of all time, with some 70m of them having been sold since 1983. A remake of the second Speedmaster model of 1959, the CK2998 is now an exceptionally valuable watch. Omega took the design of the CK2998 and injected contemporary colours and materials to create an attractive and attractively priced modern wristwatches. Contributor and vintage watch aficionado Jason Susantyo explains why he sought out a 1940s Bovet Mono-Rattrapante, a split-seconds chronograph with just two buttons.

14. Editorial: trends and highlights of Baselworld 2016 A roundup of the year’s biggest watch fair by SJX, who explains what was hot and where it is heading.

13. Hands-on with the Rolex Datejust 41 Rolesor Rolex‘s top seller was subtly but significantly revamped with a new in-house movement boasting an extended power reserve, as well as a larger and better proportioned case. One of a quarter of blue dial limited editions announced midway through the year, the Radiomir 1940 PAM690 is a fresh looking departure from the typical Panerai look, which has become a bit too familiar. Expect more watches like this, or even the extra-thin Luminor Due, from Panerai in 2017.

11. How good is the entry-level IWC Mark XVIII? IWC revamped its bestselling pilot’s watch line in 2016, prudently sticking to the same design that made it a success while also lowering the prices. The base model is the Mark XVIII, which is a pretty solid watch for the money.

10. Editorial: are there too many high-end watches? And the answer to that question is yes.

Find out why right here. Seiko‘s funky new “Avant-Garde” range of Grand Seikos is a striking departure from its typical, conservative style – the cases are titanium with a ceramic cladding – but the watches still have all the hallmarks of Grand Seiko.

Read the review of the line-up here. Swatch Group fared no worse than its main rival, Richemont, but the numbers for the first half of 2016 were still bad. And now Swatch is plowing ahead with plans to make batteries for electric vehicles, despite significant investor doubt. The Indonesia-based vintage Rolex enthusiast group marked its third year with a bash on the resort island of Bali – with almost 100 attendees and more than twice as many watches – and we were there to record the proceedings.

See what went down here. Probably the most hyped watch of the year, despite being a solid, but simple, timepiece, the new Rolex Daytona with a ceramic bezel should be considered carefully for its merits and not the buzz. To quote from the story: “Despite the stellar qualities of the Daytona – and the fact that it is indeed hard to get, for now – don’t get caught up in the fanfare. Prudence is advisable.” Every year Seiko introduces a handful of watches that are just sublime value for money and the PADI “Turtle” is one of them. A special edition for the eponymous international dive training organisation – another four PADI watches were recently announced – the PADI “Turtle” combines a retro design with striking colours, and a surprisingly well made dial.

4. Hands-on with the unusual Rolex Air-King Rolex watches are rarely quirky but the Air-King is. Priced as the most affordable sports Rolex, despite having the exact same features and specs as the pricier Milgauss, the Air-King has a speedometer-style dial that is unusual but appealing. And the yellow and green logo – a first for Rolex – makes it that much more peculiar. Tudor gave its bestseller a major upgrade in 2016, while keeping the affordable price almost the same. Hard to argue with that.

Find out why it’s better here. SJX named the Seiko Presage 60th Anniversary one of the most notable watches of the year, because they are just awesome value for money, offering an in-house chronograph movement and either a fired enamel or hand-made Japanese lacquer dial for well under US$3000. Worth an estimated US$29 billion, Li Ka-Shing is the richest man in Hong Kong. The property and telecoms tycoon, however, tells time in a modest manner, with an all-black Citizen Eco-Drive wristwatch that cost him US$500.