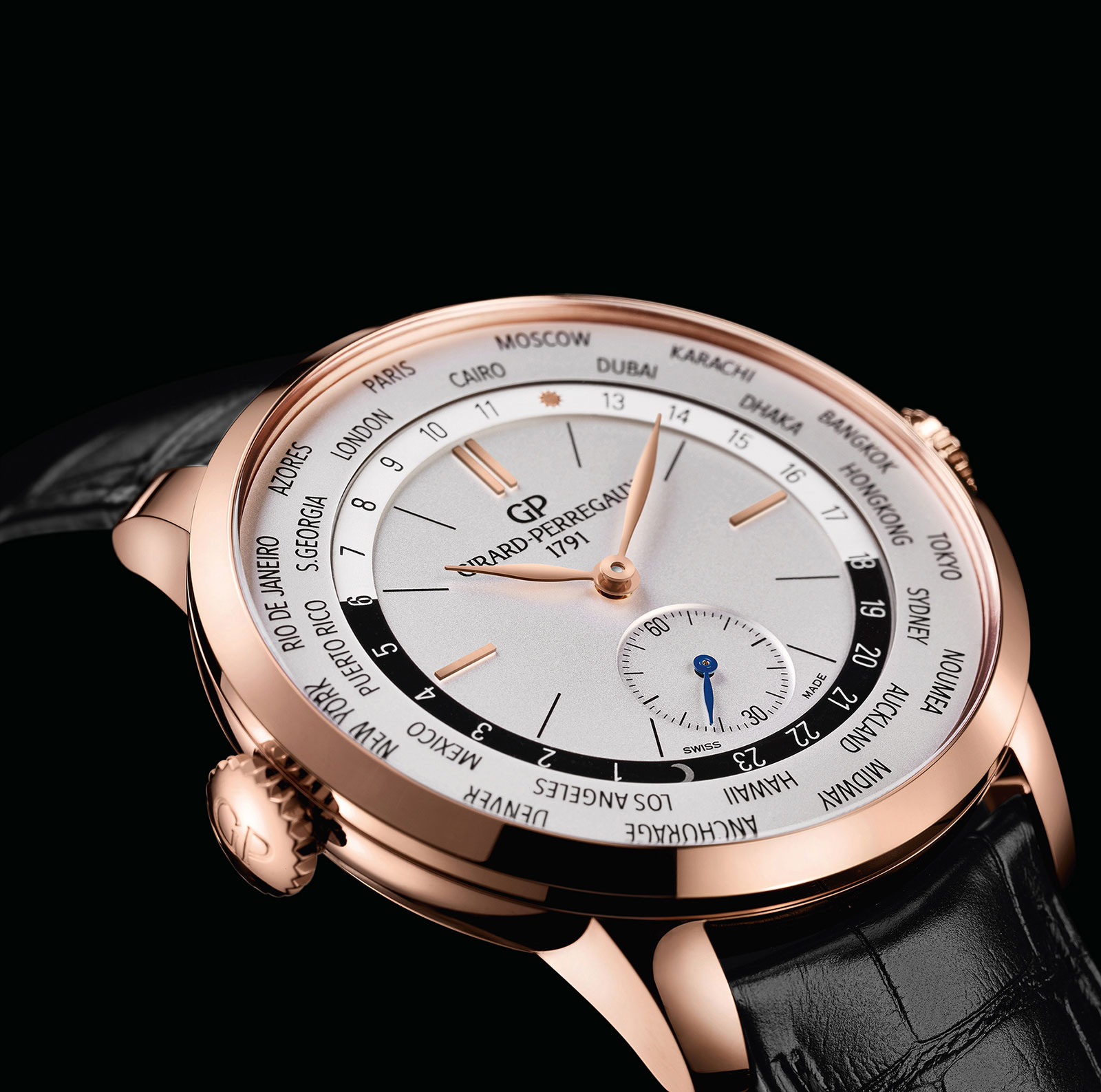 Originally introduced as a chronograph with world time some 16 years ago, the Girard-Perregaux ww.tc has been whittled down to its essentials for SIHH 2017.

Short for “World Wide Time Control”, the new ww.tc is a pure travel watch, with a cities disc around the dial for the world time function that shows the time in the 24 major time zones around the world. The crown at nine o’clock sets the cities disc, while the crown at three is for time-setting. It’s powered by the calibre 3300, the brand’s in-house automatic movement with the world time module on top.

While the original ww.tc that was a largish, sporty watch, the 1966 ww.tc has a more elegant style, being part of the 1966 collection that’s characterised by a narrow bezel and leaf-shaped hands.

The 1966 ww.tc is just 40mm wide and 12mm high, available in stainless steel or pink gold. The 1966 ww.tc will be available in the second half of 2017, priced as follows in Singapore dollars.