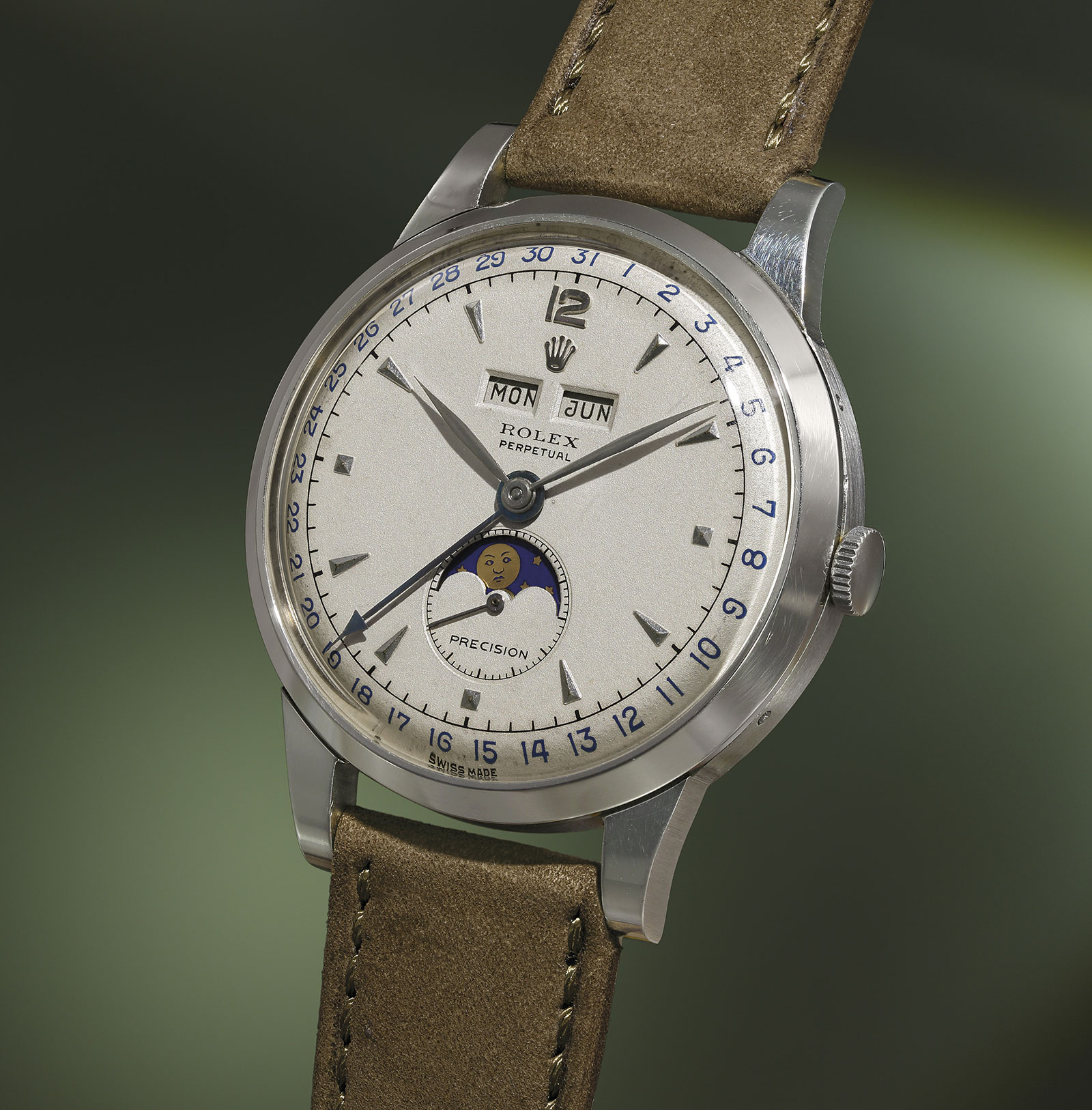 Rolex Milestones: 38 Legendary Watches That Shaped History, Phillips’ evening sale on November 28 was its first thematic auction in Asia, becoming a milestone in itself, just a year after another record was set for a Patek Philippe ref. 2499.

A total of HK$60.9m or US$7.84m was raised during the sale, with the stainless steel Rolex ref. 8171 “Padellone” accounting for HK$7.88m or US$1.02m, all fees included, setting the record for the most expensive Rolex sold at auction in Asia. It went to an prominent Asian collector, who was bidding on the phone via Sam Hines, Phillips’ watch chief in Asia.

Translating as “frying pan”, the Padellone gets its name from its wide, 38mm case. The specimen at Phillips was in stainless steel, the most desirable metal of an already rare model.

Produced for a brief period in the 1950s, the steel ref. 8171 was in immaculate condition, with a pristine case and dial, explaining the million dollar price. In fact, last night’s Padellone surpassed the SFr905,000 (equivalent to US$892,000) fetched by a similar example at Phillips’ Geneva sale a year ago. With 95% of lots sold, the auction was a smash hit, though the momentum in the room curiously appeared to peak with the Padellone, as if a spell had been broken. Several lots that came after, mostly Rolex chronographs, still sold for enormous amounts of money, but modestly compared to comparable examples before.

Take for instance the Daytona “Paul Newman” ref. 6263 “Oyster Sotto”, a watch considered the most desirable of all Daytonas due to a quirk in the dial lettering. It went for HK$5.84m or US$752,776, less than the million dollars or so typical for this model (a “tropical” example sold for about US$1.96m last year).