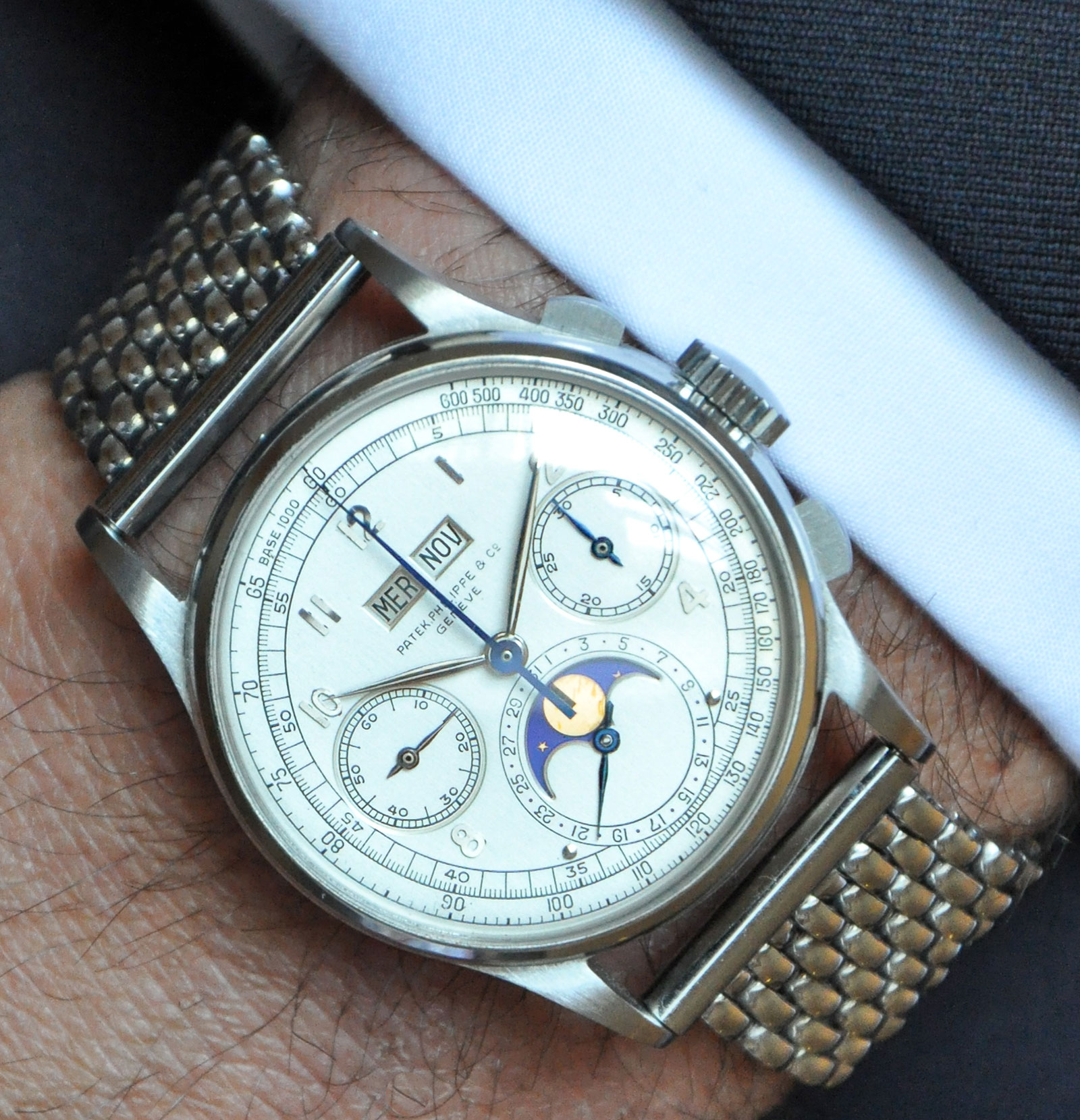 In the manner in which it excels, Phillips has just proclaimed it will sell a Patek Philippe ref. 1518 in stainless steel at the Geneva Watch Auction: Four that takes place at year end. One of just four made in stainless steel, this ref. 1518 is “fresh to market” in that it is the only one that has never been sold at auction, though having changed hands privately several times, the provenance of this particular specimen is known to the trade.

Legend has it that the steel 1518s were made for the King of Iraq in the 1940s, the rarest variant of an already rare model. Only 281 of the ref. 1518 were made over its 14 or so years in production, most in yellow gold.

Diminutive at just 35mm in diameter with wide lugs that make it seem even smaller, the Patek Philippe 1518 nonetheless has outsize historical importance. Introduced in 1941, the ref. 1518 was the first serially produced wristwatch with both a chronograph and perpetual calendar, making the ref. 1518 is the first in a distinguished lineage of watches that have become synonymous with Patek Philippe, with the ref. 5270 being the latest.

With Phillips having sold several headline-grabbing stainless steel Pateks, including the US$7m ref. 5016A “Only Watch”, this ref.1518 in steel will be predictably dear. In all likelihood, the buyers for this watch are waiting in the wings. The ref. 1518 in steel is estimated at over US$3m and will be soon on November 12 and 13, 2016 at Phillips’ Geneva auction.