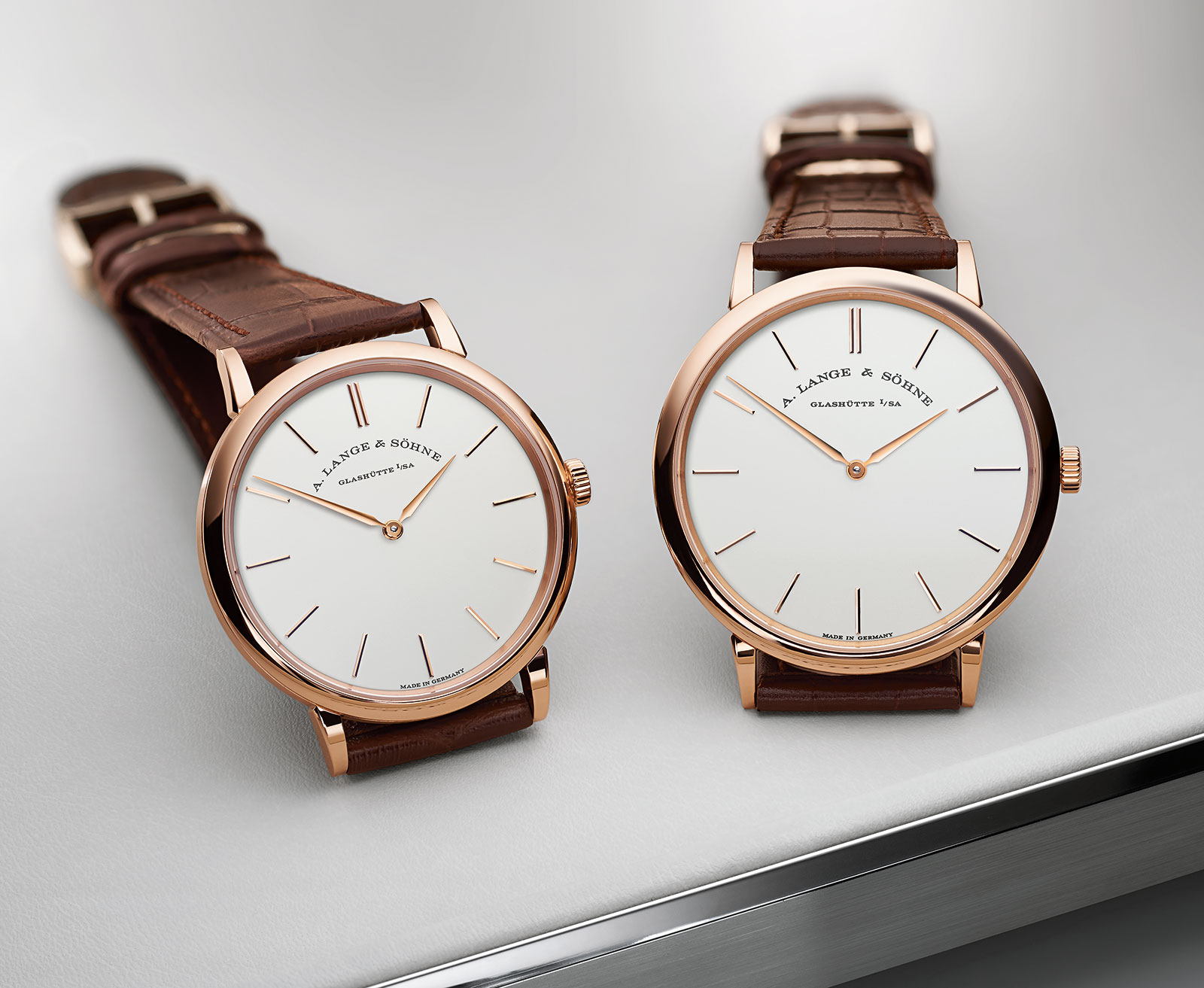 Just last year Lange unveiled the Saxonia Boutique Edition, priced as the brand’s entry-level watch. Now that has lost the title of most affordable Lange to the new Saxonia Thin 37mm, a flat, simple and surprisingly aggressively priced timepiece.

The Saxonia Thin was originally launched a couple of years ago and then facelifted at SIHH 2016 with some minor aesthetic tweaks. The original Saxonia Thin is 40mm in diameter and priced at US$24,500 or S$32,100. It will still be available alongside the new, smaller Saxonia Thin. The new Saxonia Thin 37mm, on the other hand, is three millimetres smaller in diameter but just as thin. Its smallish dimensions give it a feel similar to that of a vintage timepiece.

And it’s equipped with the very same L093.1 movement, a hand-wound movement with a three day power reserve. But the 37mm version is priced at 40 percent less than its larger sibling, with a retail price of US$14,800, and S$21,300 in Singapore. They will hit stores by the end of June 2016.

That’s also about 20 percent less than the next most affordable watch in the Lange line-up, confirmation that the new Saxonia Thin is a pretty good deal. But an entry-level watch like this – and the same applies for all other brands – also invites the inevitable question: why is everything else so expensive?