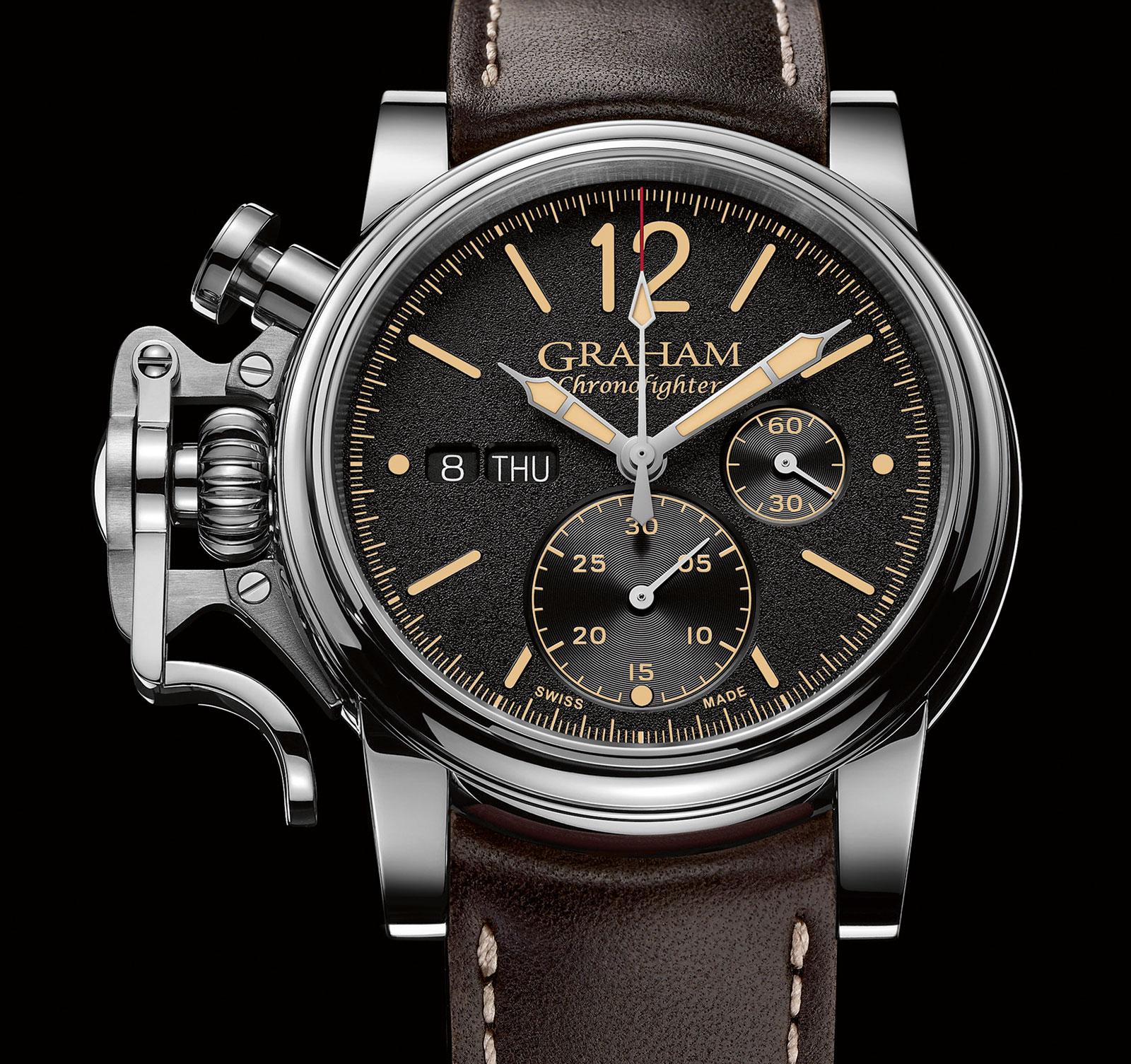 The key feature of the Graham Chronofighter is the enormous lever that starts and stops the chronograph. It is strikingly large, but actually has roots in Second World War timers made for bombardiers (Christie’s sold an example in 2015). Worn on the wrist by crewmen who released bombs from bomber aircraft, this bomb timers were made by the likes of Longines, Zenith and Universal Geneve, and used by both sides in the conflict, with examples from the French, British and Italian air forces known.

Because the bomber crews wore thick gloves, the oversized lever was mounted on the pusher of the bomb timer to make it easier to use. These bomb timers had a seconds hand that could go forwards and backwards, with the counterclockwise function acting as a countdown from release to the bomb striking the target. Graham appropriated the lever for the original Chronofighter that made its debut in 2001. It caused quite a stir – Graham was then a nascent but cool independent brand named after a 17th century English watchmaker – and was widely copied. But 15 years is a long time and the Chronofighter grew larger and more outrageously styled, becoming comically and desperately large. Fortunately Graham has gone back to the original look for the 15th anniversary with the Chronofighter Vintage. The lever over the chronograph button (the start and stop pusher is co-axial with the crown) is similar to that on the WWII bomb timers, while case is a manageable 44mm (albeit larger than the 43mm of the 2001 original).

Four dial variants of the Chronofighter Vintage are available, all in stainless steel. Though sufficiently legible the dial is still packed with information, including the day and date, as well as sub-dials for the elapsed minutes and constant seconds. Each version is also available as a 15-piece limited edition, numbered on the dial and distinguished by WWII roundels of the British and American air forces on the sub-dial at six o’clock. All versions are powered by the G1747 movement, actually a Valjoux 7750 modified to have a co-axial pusher on the crown. The Graham Chronofighter Vintage retails for US$4950 and is available from authorised retailers.