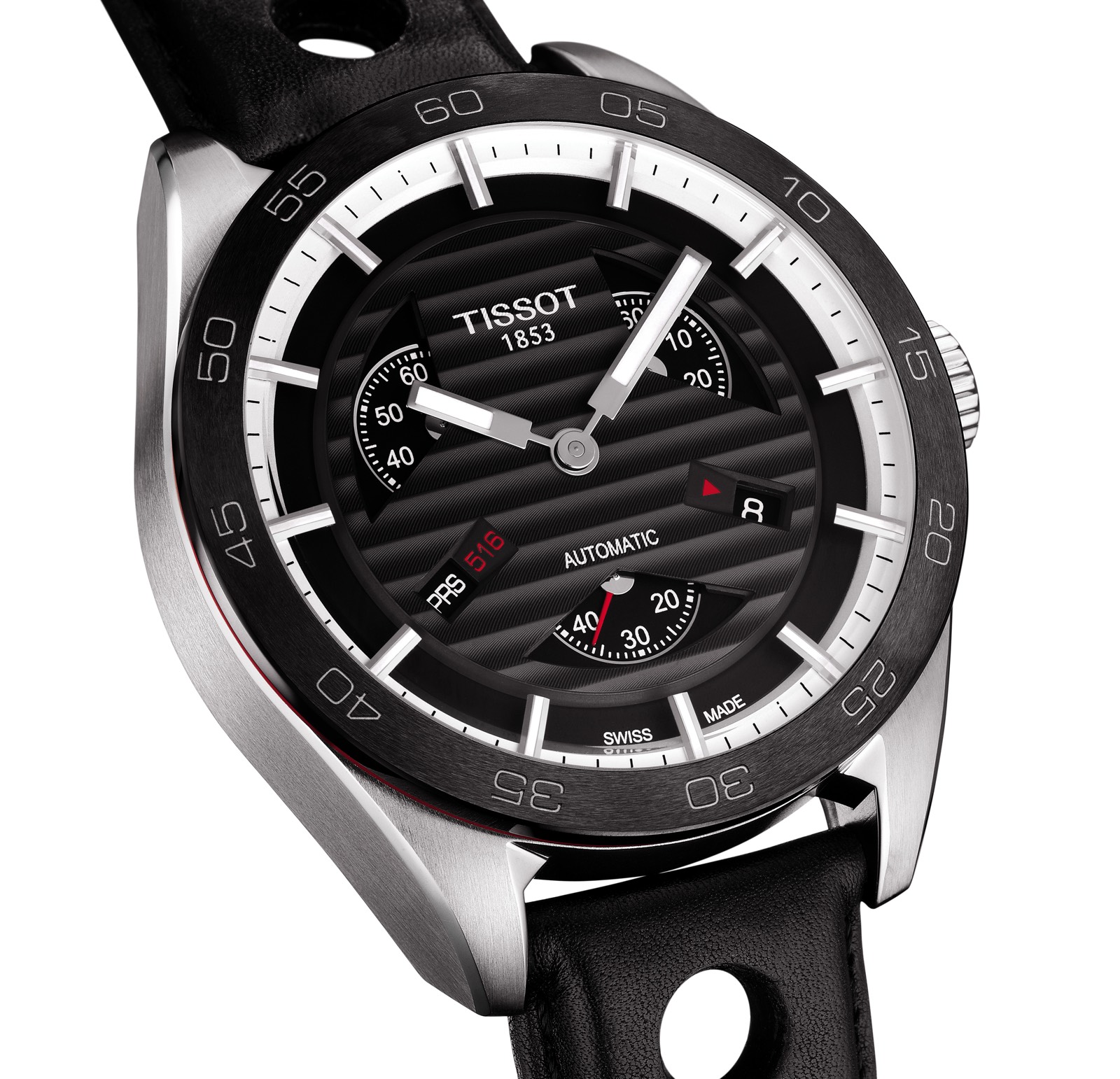 Traditionally Tissot’s strength lies in, well, traditional watches that are robustly made and mainstream. But because it’s the biggest watchmaker in Switzerland by volume, Tissot is able to make admirably affordable watches. The PRS 516 Automatic Small Second, a new launch from Baselworld 2016, is different enough to be interesting but still eminently affordable.

Most novel about the PRS 516 is the triple seconds indicator. That is made up of three seconds hands, each in its own fan-shaped sub-dial that sits below the dial in a recess. Each sub-dial is graduate for 20 seconds, and as one seconds hand reaches the 20 second mark, the next second hand emerges from under the dial and continues onward. Though there is a lot going on, the dial is pleasingly symmetrical, with the date indicator at four o’clock balanced by the model name at eight. Mechanically the triple seconds is not earth shattering but still novel and visually compelling – especially for the price. The triple seconds mechanism is exclusive to Tissot, but the base movement is a robust and cost efficient ETA 2824 with a shortish 38-hour power reserve. The rest of the watch is commendably well executed as well. The dial is black with a horizontal striping that approximates Cotes de Geneve, while the 42mm case is stainless steel with a brushed, black ceramic bezel. It’s just under 14mm high, giving it a sporty feel. The crystal on the front is scratch resistant sapphire.