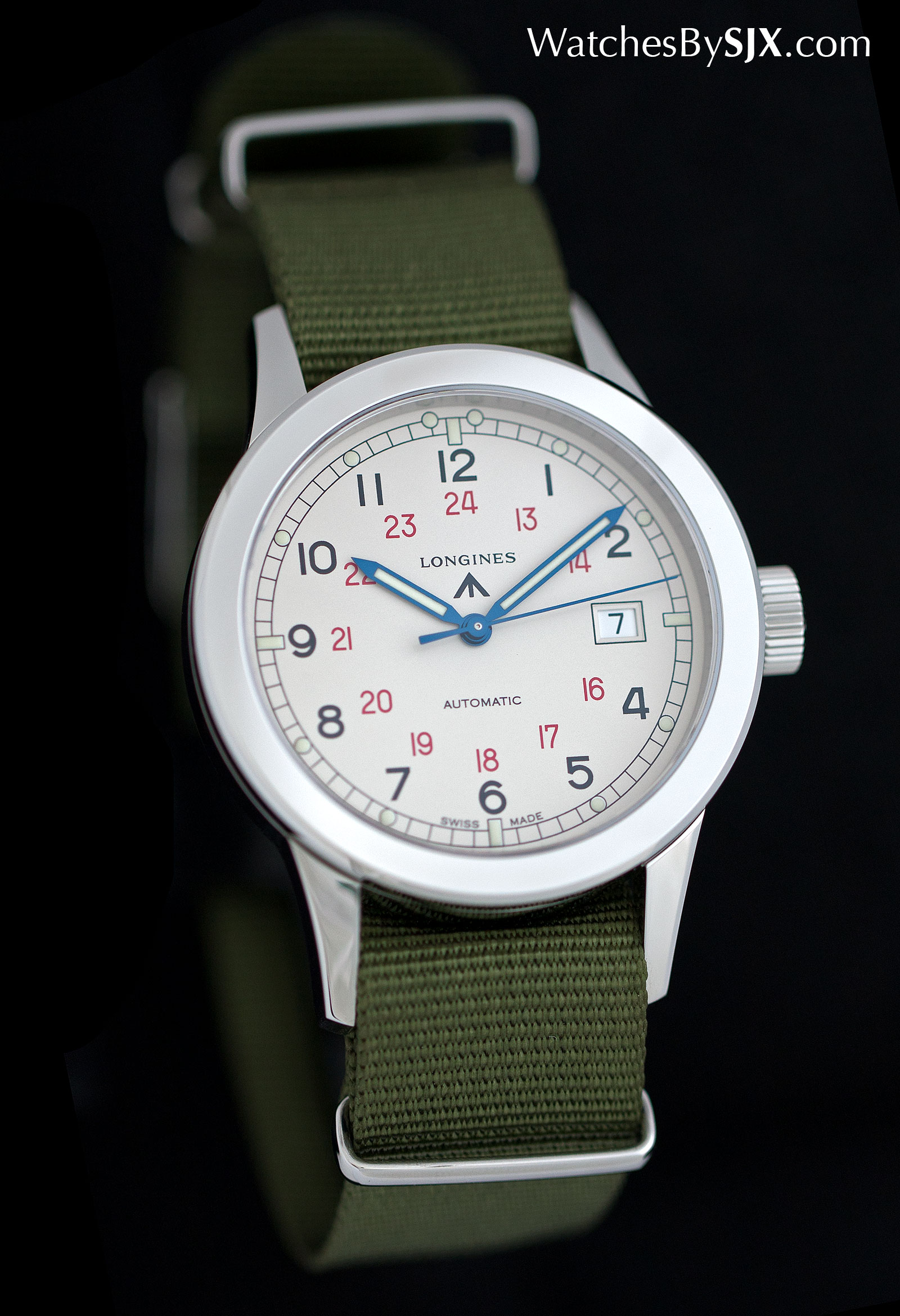 Longines has a pretty good track record with its historical remakes, particularly those modelled on vintage military or sports watches. The latest addition to the Heritage line is the Military COSD, a compact watch that’s inspired by a distinctive timepiece made for the British commandos during the Second World War.

Specially made for special forces All manner of issued stores marked “COSD” can still be found, ranging from rifles to knives and even vehicles. But rather than being standard items, many of these were made specifically for the unique needs of Combined Operations, explaining why the COSD wristwatch is unlike other military watches of the period, which tended to look more like the Longines Heritage Military 1938. The original COSD was distinguished by its white dial, red 24-hour track, wide and flat bezel, as well as oversized crown – all of which have been reproduced in the modern day Heritage Military COSD. Like all remakes, the Heritage Military COSD has been enlarged to suit modern tastes. Measuring 40 mm in diameter, it’s much larger than the 35 mm original, but still smallish by modern standards. And because of the wide bezel, the watch seems smaller than it is on the wrist. The steel case is entirely polished, giving it a shiny appearance that’s slightly at odds with the military look. It’s hard to discern what finish was originally applied to the vintage COSD watches, but they likely had a matte finish. Two dial variants are available, including an off-white with blued steel hands that’s similar to the 1940s original and the more authentic of the pair. The other is black with white hands, giving it a look closer to the typical military watch and one that’s probably most acceptable to someone looking for a military-style watch. Both dials have an identical layout, including the broad arrow logo, used to mark British government property even today. Like nearly all Longines remakes, the COSD has a date window at three o’clock, a modern convenience that is completely incongruous with the historical look but inevitable. Typical of a Longines, the COSD feels well put together despite the accessible price. The Heritage Military COSD is priced at US$1700 on a canvas NATO-style strap and US$1900 on a black alligator band. In Singapore the retail price starts at S$2540.