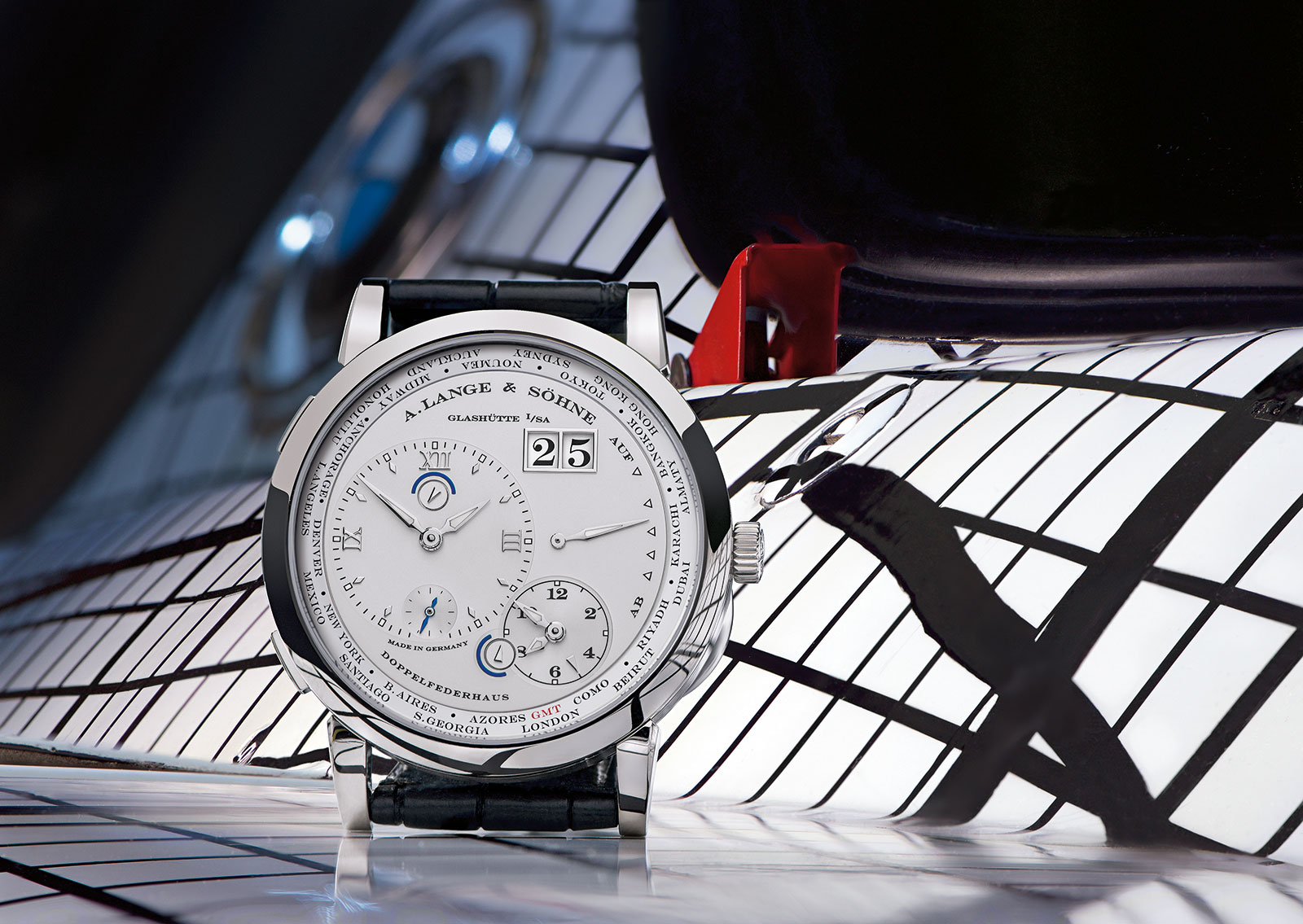 First held in 1929 amidst the villas on the shores of Lake Como in northern Italy, Concorso d’Eleganza Villa d’Este is a classic car show that attracts some of the world’s most beautiful vintage automobiles – over 50 at last year’s event. A main sponsor of the show since 2012, A. Lange & Söhne has created the prize awarded to the “Best of Show” every year. Selected by a jury of industry experts, “Best of Show”is bestowed on an “extraordinary automobile which expresses beauty, passion and uniqueness”. Past winners have included the Bugatti 57SC Atlantic coupe owned by Ralph Lauren, an automotive masterpiece that inspired some of his watch designs. For the fifth year Lange has created a one-off Lange 1 Time Zone that will be presented to the winner. With a white gold case and silvered dial, the watch closely resembles the standard model at a distance, with only one small detail that sets the dial apart: “Como” replaces “Berlin” on the cities disc. What makes the Lange 1 Time Zone “Como Edition” really special is the case back. Instead of the typical sapphire porthole back, the Como Edition is fitted with a hinged, solid gold back decorated with the emblem of the Villa d’Este. Originally a home to a member of the noble House of Este – the emblem is a variation of the Este coat of arms – the villa is now a luxury hotel and host of Concorso d’Eleganza. Hunter backs on Lange timepieces are rare, being expensive due to the additional precious metal and hand-engraving. Only a handful of Lange timepieces have hinged backs, including several 1815 limited editions, but the Lange 1 Time Zone “Como Edition” is the only Lange 1 with such a back. The Como Edition is only given to the winner of the “Best of Show” and is not available for purchase. Concorso d’Eleganza Villa d’Este 2016 takes place from Friday, May 20 to Sunday, May 22. Stayed tuned for our live coverage of the event.