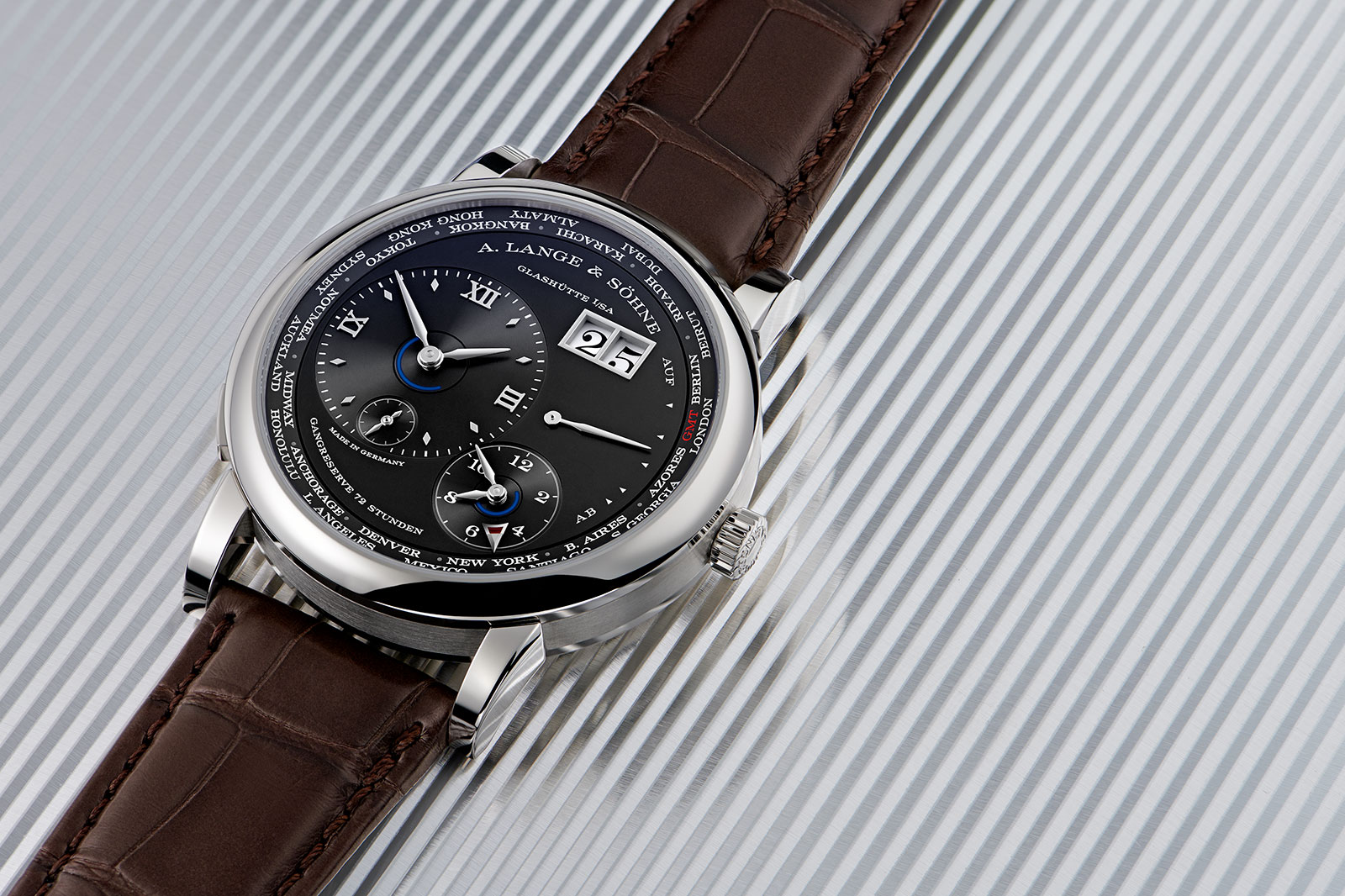 One of the most high-spec travel watches on the market, the Lange 1 Time Zone has just gotten a major revamp. The new Lange 1 Time Zone looks pretty much like the old one, but it’s powered by a brand-new movement that’s been developed from the ground up. Though it retains the same functions as before – plus a basic daylight savings time reminder – the dial has been improved, both in terms of display as well as details. 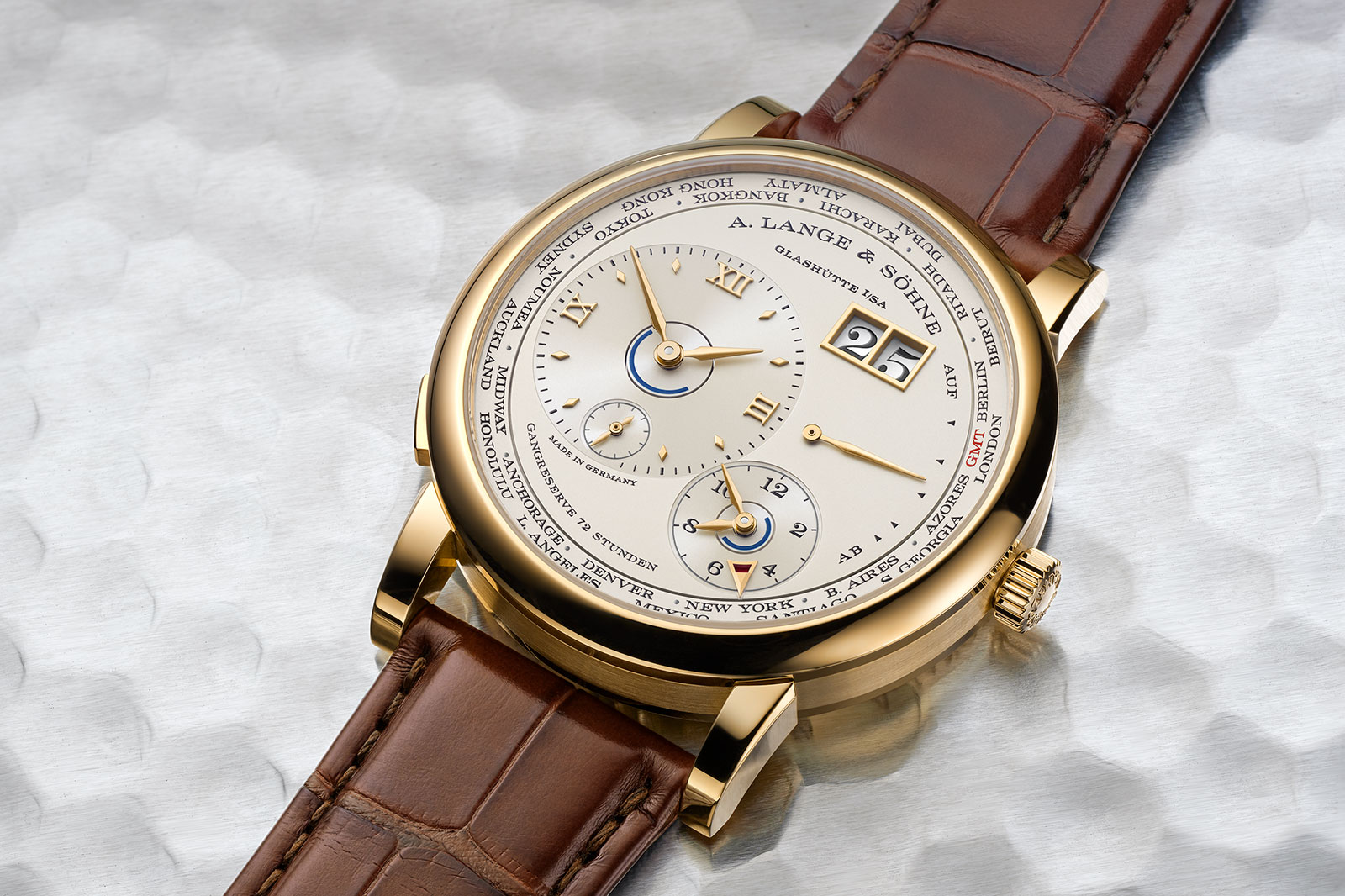 The original Lange 1 Time Zone was an ambitious travel watch that did a lot – twin time zones with individual day and night indicators, cities disc, oversized date, and power reserve. Functionality was maximised, but the interface and display was complex.

The new Lange 1 Time Zone takes it a step further with the addition of a simple daylight savings time reminder that’s discreet enough to be almost invisible. But because the watch still has so many features, the interface inevitably remains complex, with two pushers plus a crown, making it a bit fiddly to use. Add to that the large and heavy case, and the Lange 1 Time Zone isn’t the most practical of travel watches. It really is for someone who appreciates the technical complexity and also enjoys interacting with the watch. 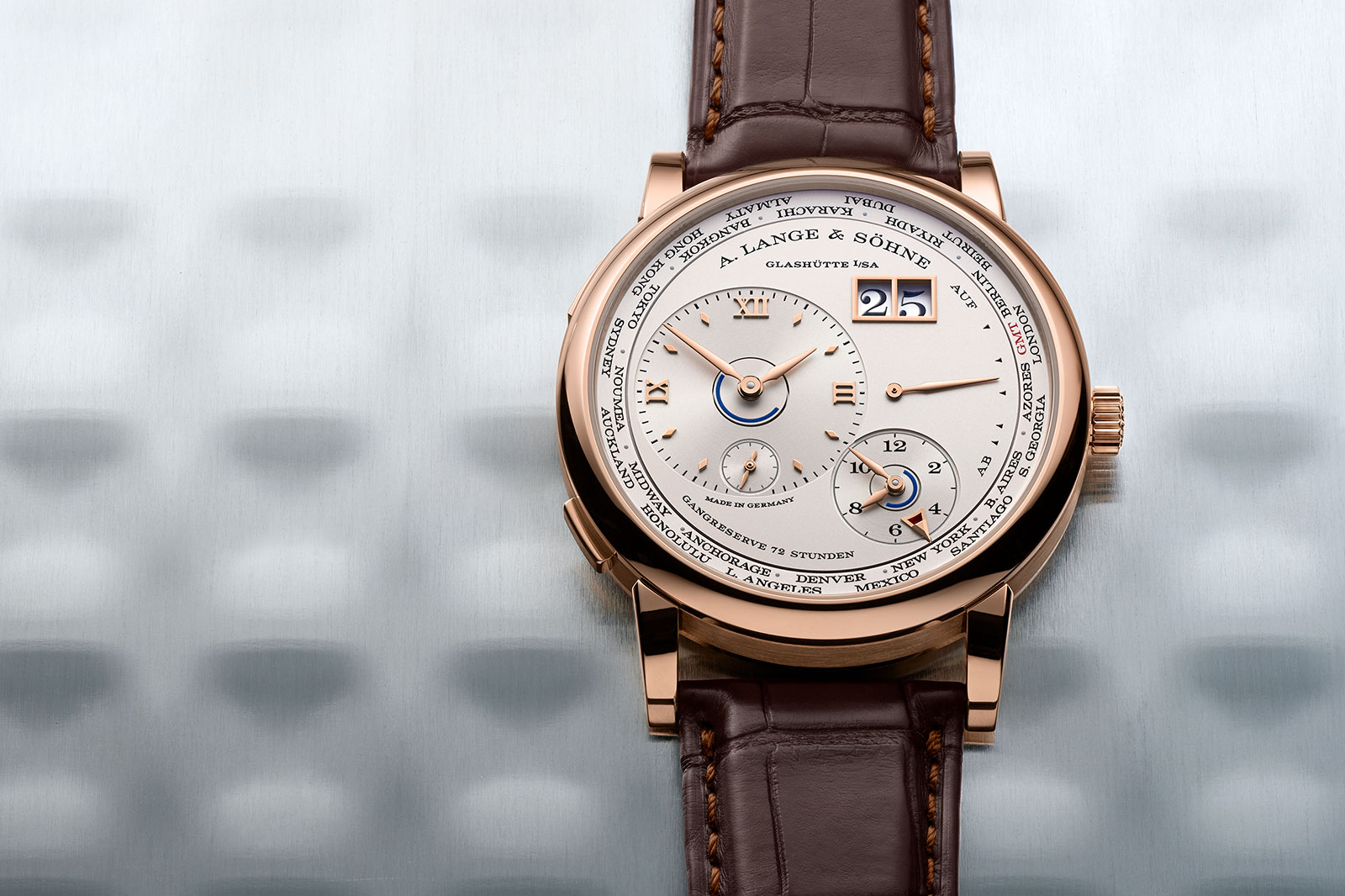 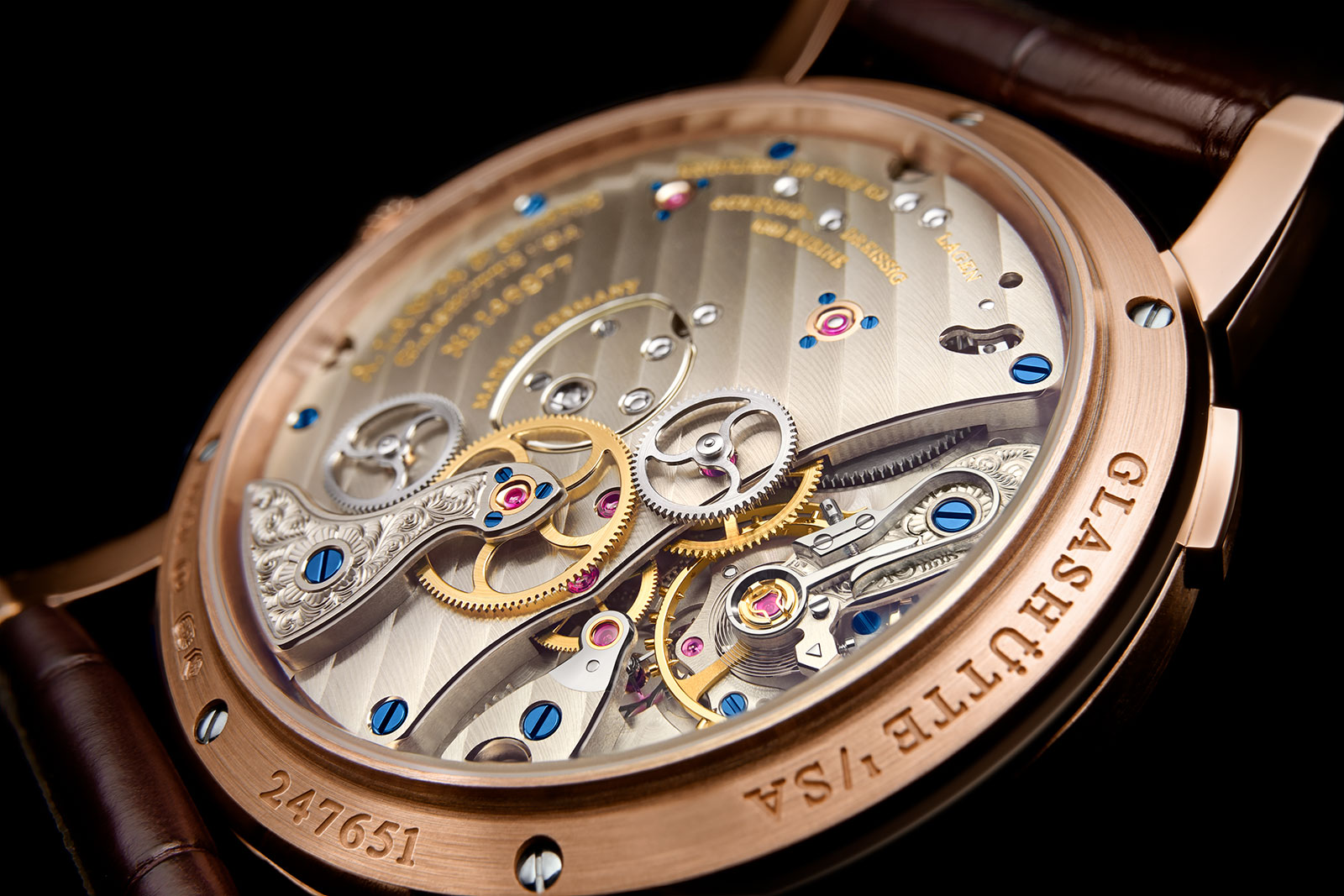 Technical accomplishment remains an appeal in the new model. In typical Lange style, the new watch is powered by a movement developed from the ground up. A substantial amount of effort was expended to retain the same look – as was done with the Lange 1 – while improving the details, illustrating the brand’s rigorous, uncompromising approach to construction.

Also worth noting is the new colour combination: the watch is now offered in white gold with a black dial, a stark combination that works better with the design than the pale-coloured dials.

In short, the Lange 1 Time Zone is a technically accomplished product – and actually fairly reasonably priced given how complicated it is – but it takes a while to adjust all the displays. And it looks best in white gold. 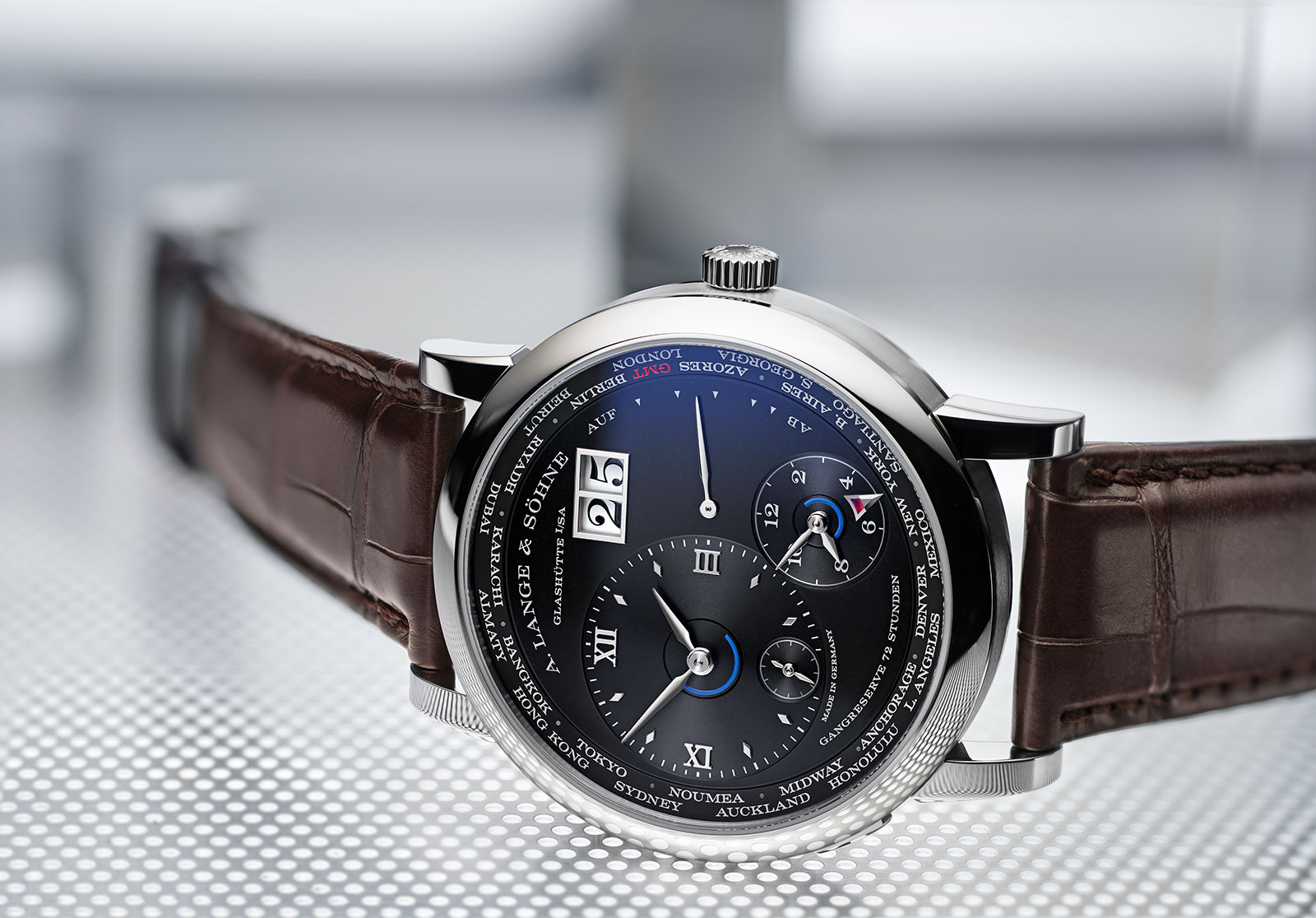 Introduced the 2005, the original Lange 1 Time Zone was one of the most full-featured travel watches on the market then, a distinction the second generation still retains. The other key functional change to the dial is the indicator that serves as simple reminder for daylight savings time (DST). It takes the form of a small window within the pointer at five o’clock. If the window shows red, it means the respective city on the cities disc uses DST, and the time zone setting has to be adjusted according. Cities that do not use DST are indicated with a white display within the window.

While the dial remains largely the same in design and layout, it has been refined in several subtle aspects. The typography on the dial has been sharpened up, a tweak that’s most apparent by comparing the numerals of the five o’clock sub-dial and the city names. And the sub-dial at five o’clock is also rendered in a slightly different shade of the dial colour, to better set it apart. 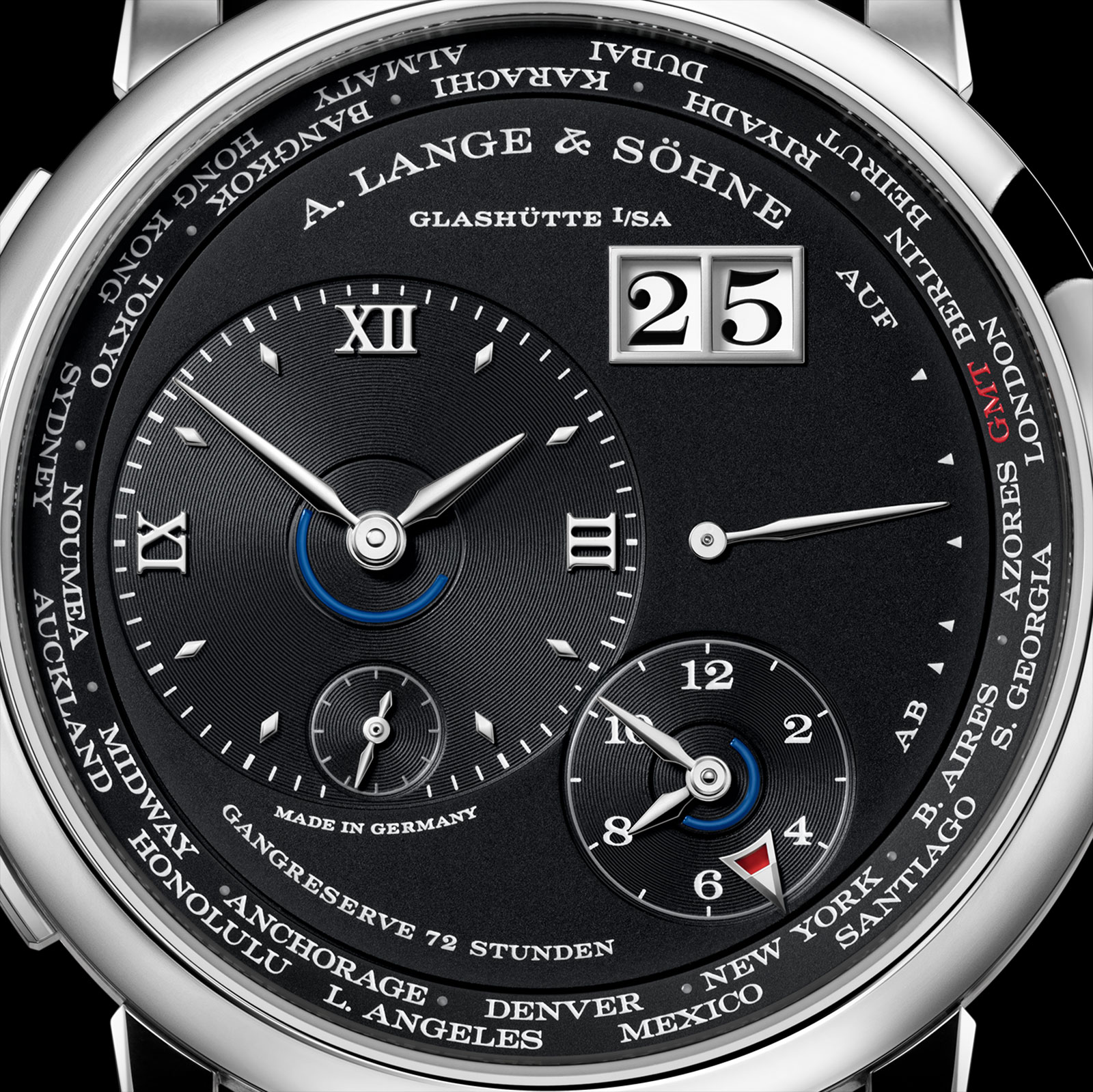 The L141.1 movement in the new Lange 1 Time Zone looks superficially similar to the L031.1 in the first generation model, but is actually substantially different.

To start with, the L141.1 is consistently sized front and back because it is an all-new calibre. Its three-quarter plate is essentially the same diameter as the base plate, meaning it fills the case better.

In contrast, the L031.1 of the first generation was derived from the L901.0, the movement in the first-generation Lange 1. So it was a smallish movement with a much larger base plate that was necessary to accommodate the time zone functions. The L031.1 of the first-generation Lange 1 Time Zone

The new L141.1 is clearly larger when viewed from the back, though it shares the same key design features, most notably the secondary going train for the additional time zone display that has its own hand-engraved cock, the trademark feature of the Lange 1 Time Zone movement.

It is also entirely different under the three-quarter plate, having one large barrel, instead of the twin barrels of the first generation. Another upgrade is the in-house balance wheel and hairspring. 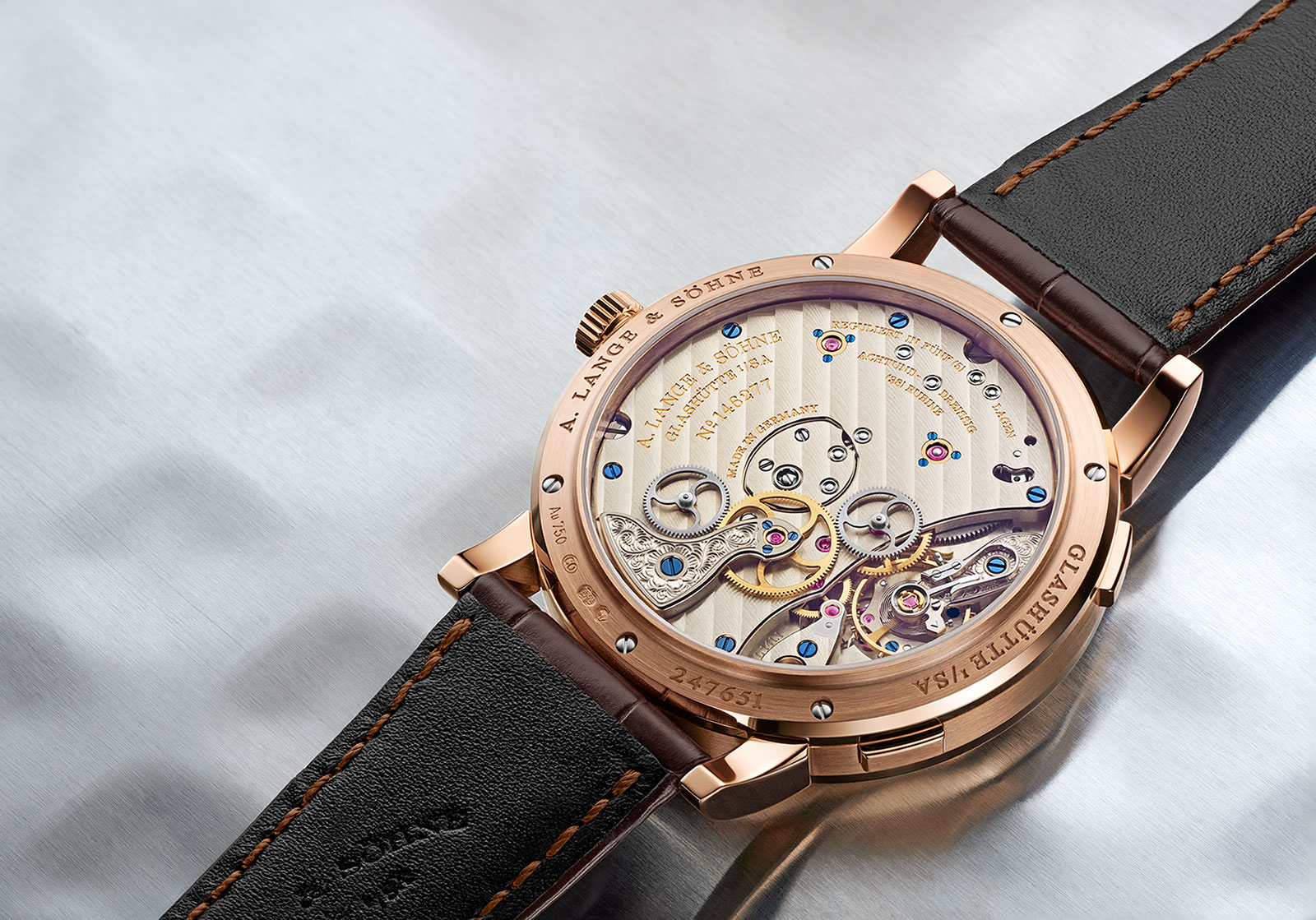 The L141.1 seen through the display back The L141.1 out of the case – notice that the three-quarter plate is almost as large as the base plate

The new Lange 1 Time Zone is also notable in terms of the variants in terms of case metals and dial. The white gold version is matched with a black dial, a fairly uncommon combination for Lange, which historically installed black dials mostly on platinum watches.

And then there’s the yellow gold version with a pale champagne dial – a look that harks back to the very first Lange 1 of 1994 – that’s a limited edition of 100 watches available only at boutiques. 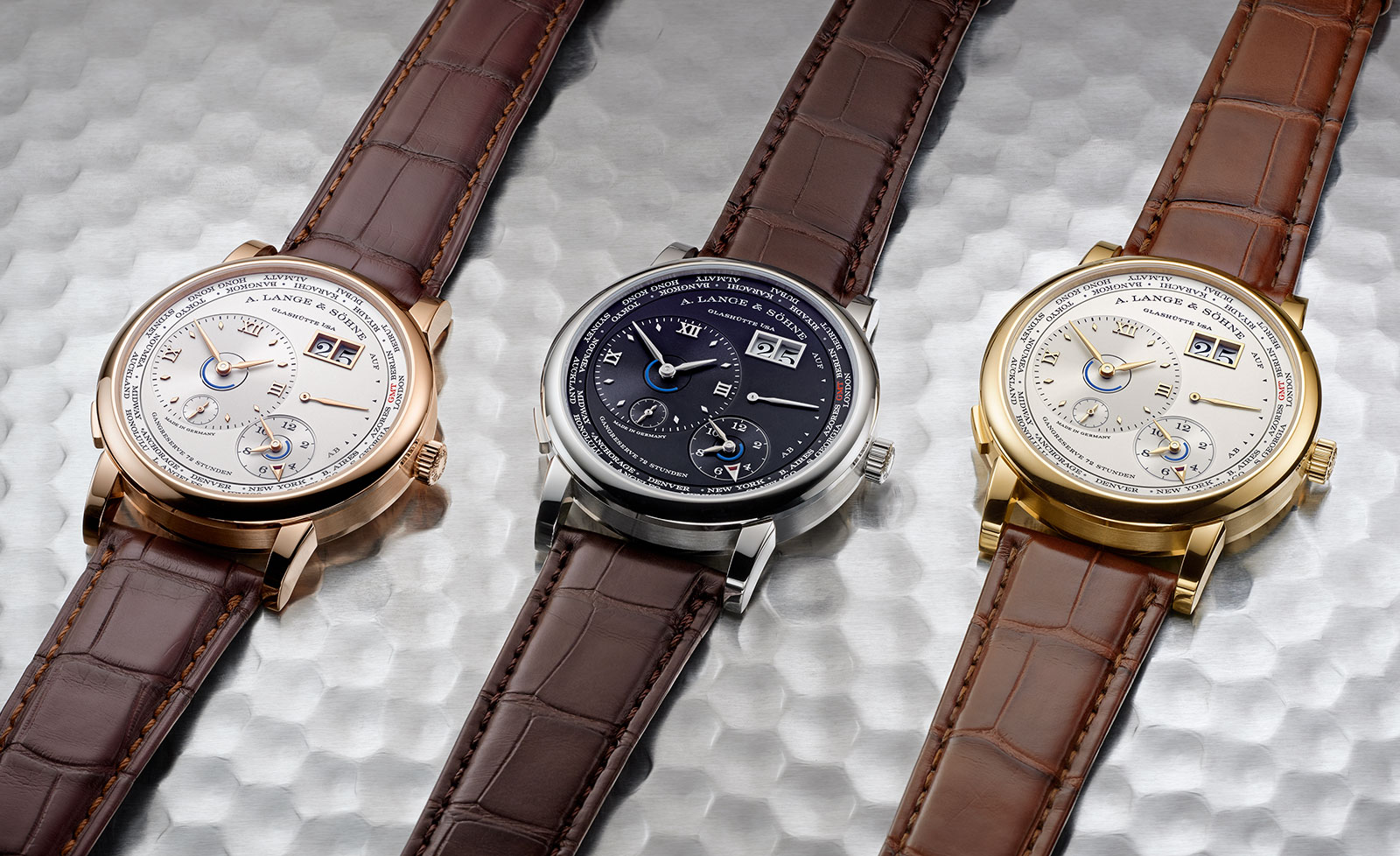