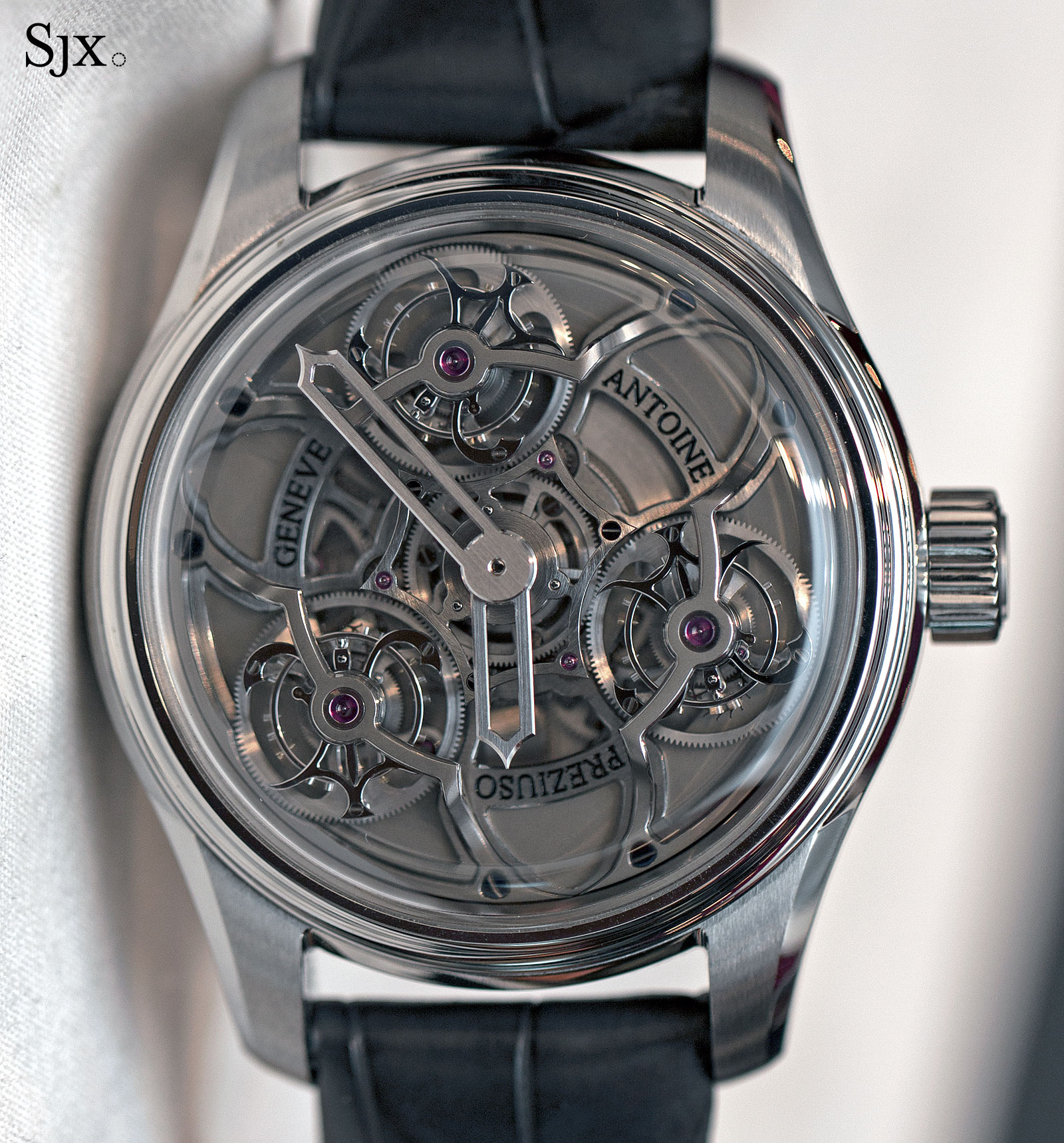 Geneva-based Preziuso is one of the original independent watchmakers, having begun his career in the 1980s before becoming prominent in the 1990s. Like many of his contemporaries, Preziuso has often made tourbillon wristwatches, a notable achievement back when the complication was still extremely rare. One of his best known is the Harry Winston Opus 2 tourbillon, the second watch in the jeweller’s seminal series of timepieces by noted independent watchmakers. Together with his son Florian, Preziuso takes the complication to the limit with the Tourbillon of Tourbillons that boasts a trio of tourbillons linked by a differential in the centre. First unveiled in 2005 as the 3volution triple tourbillon, a watch that was eventually abandoned, the concept required years of refinement to ensure reliablity, with a key development being the addition of the differential. Composed of 570 parts – equivalent to the number in a grand complication with a minute repeater, perpetual calendar and tourbillon – the movement has been christened the AFP-TTR-3X, with “AFP” short for “Antoine and Florian Preziuso”.  It’s hand-wound with a 48-hour power reserve, with twin barrels occupying much of the space below the main plate. Each of the tourbillons is a conventional tourbillon with their individual cages making one revolution a minute. They are mounted equidistant from each other on a main plate that itself rotates, making six revolutions every hour, or one every 10 minutes. According to Preziuso, while the frequency of each balance wheel is 3 Hz (or 21,600 bph), the actual frequency is slightly higher due to the phenomenon of resonance, the same principle that underpins the F.P. Journe Resonance wristwatch. Because the oscillating balance wheels are close to each other, the vibrations transmitted through the main plate and air inside the watch cause all the balance wheels to converge on a natural frequency. First unveiled in 2015 in the ornate Power GTS case with exposed screws, the triple tourbillon has been facelifted this year to give it a cleaner style. Named the Chronometer Tourbillon of Tourbillons, the latest variant is still very large, with a diameter of 48 mm, but the stainless steel case features simple lines and a neat brushed finish, ensuring all attention is on the triple tourbillons. The Antoine Preziuso Chronometer Tourbillon of Tourbillons in stainless steel retails for SFr420,000, equivalent to US$440,000. Customisation is also available, with flexibility in terms of case materials, colours and so on.