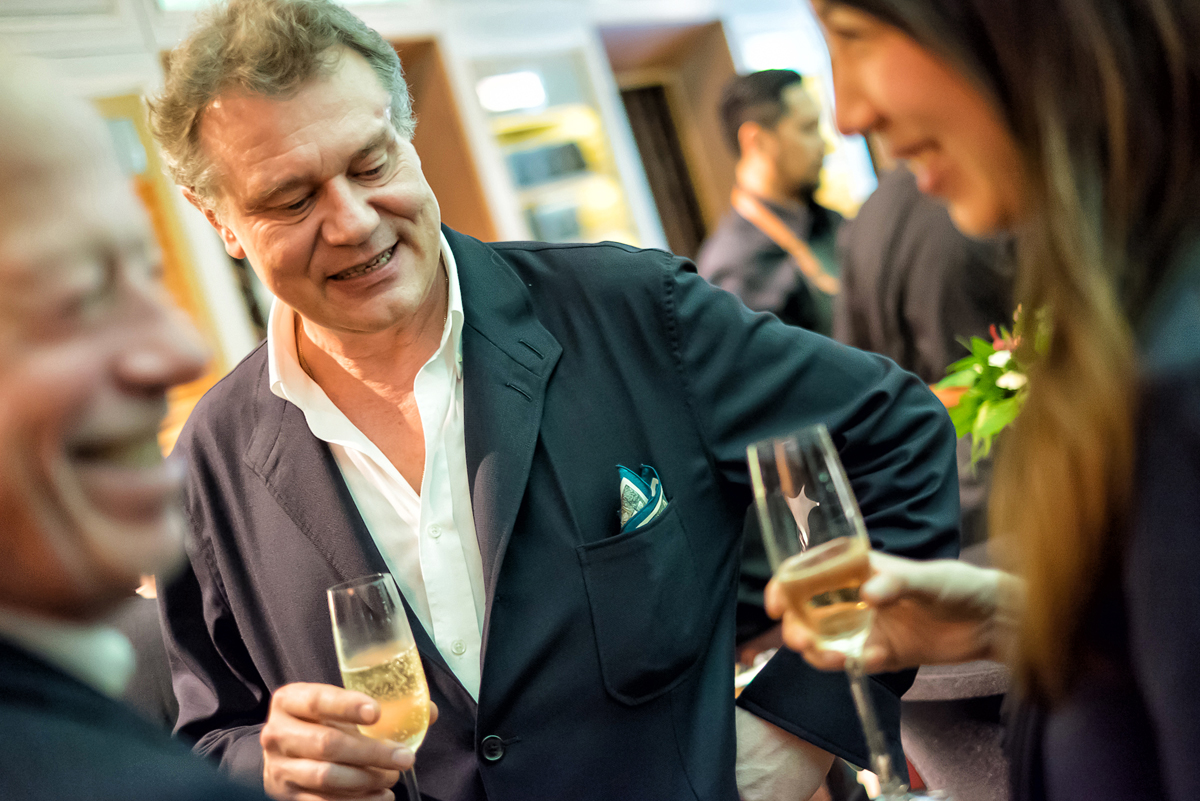 François-Paul Journe is one of the most talented watchmakers of our time, but he is typically reserved when confronted with a crowd, even if it’s one composed of adoring fans. Consequently, he is sometimes considered an inaccessible personality, but in an informal setting over lunch, the watchmaker reveals himself to be engaging, candid and even funny.

In Singapore for the first time since 2008, Journe was here to cement his partnership with local retailer The Hour Glass, one that returns his brand to the city state after a seven year hiatus. The lunch interview took place in a Chinese restaurant overlooking Orchard Road, Singapore’s main shopping street, a conversation that meandered through many topics, including the evolution of the distinctive F.P. Journe aesthetic.

Now 59 years old, Journe presented his first ever wristwatch in 1999. The house style of the brand has evolved over 17 years but but remains familiar. Journe essentially designs his watches in two categories, one being the trademark F.P. Journe look with off-centred dials like the signature tourbillon or Resonance, and the more recent models with central dials, a distinction he plans to retain for all future models. And the dial style has no relation to the model range, explains Journe, so an Octa wristwatch can be executed with either a central or off-centre dial. While the two dial types will remain as a guiding principle, the details of each dial design are evolving. Journe cites the new Octa Divine and Octa Perpetual as the first of the next generation of central dials, distinguished by a polished steel ring securing the gilt centre of the dial. Alongside the evolution of the central dial, the off-centre dial is also evolving. The first to undergo a facelift was the Octa Lune, which now features a solid gold sub-dial with diamond-cut numerals in relief; the earlier dials have printed numerals that are now synonymous with the brand. Though the look is superficially similar, the new Octa Lune is “200 percent” different from its predecessor says Journe.

One advantage of the new design is improved legibility, explains Journe. He makes watches “for himself”, meaning timepieces that he would want to wear, and legibility has become more important with age, he says with a laugh. That’s one of the reasons behind the development of the new Octa Perpetual that displays the calendar in large windows, instead of the extra-long hand and small windows of the first generation F.P. Journe calendar. And that’s one of the reasons behind the larger case size, with most F.P. Journe watches now available in 40 mm or 42 mm cases, instead of 38 mm and 40 mm.

Journe is particularly proud of the new perpetual, noting with a smile that he can adjust the calendar to most dates within 20 seconds. He recounts an amusing encounter with a customer who challenged him to set the watch to Friday, February 29. It took a lot longer than 20 seconds, but still less than a minute to scroll through nearly four years of the calendar. Ease of use, particularly in complex watches, is especially important to Journe, who jokes that sometimes a grand complication is a “grand stupidity”. The reverse of the Sonnerie Souverain

On the subject of complications, Journe reveals a tantalising hint of what he is working on. Having worked on it for a decade, he is almost ready with a completely new wristwatch that will be for those who “love astronomy”. This will be the first F.P. Journe movement with such a function, and it will even feature other complications. The resulting watch will be similar in size to the grande sonnerie, but like the Sonnerie Souverain it will be uncomplicated to use, with everything set via the crown. Iff all goes well, it will make its debut in January next year.

But that’s not all. Beyond the aesthetic tweaks to the Journe design, the Marseille-born watchmaker also lets on he is working on revamping many of his landmark watches. That includes a successor for the well loved tourbillon with constant force mechanism, which he suggests will be “exactly the same but also completely different”.