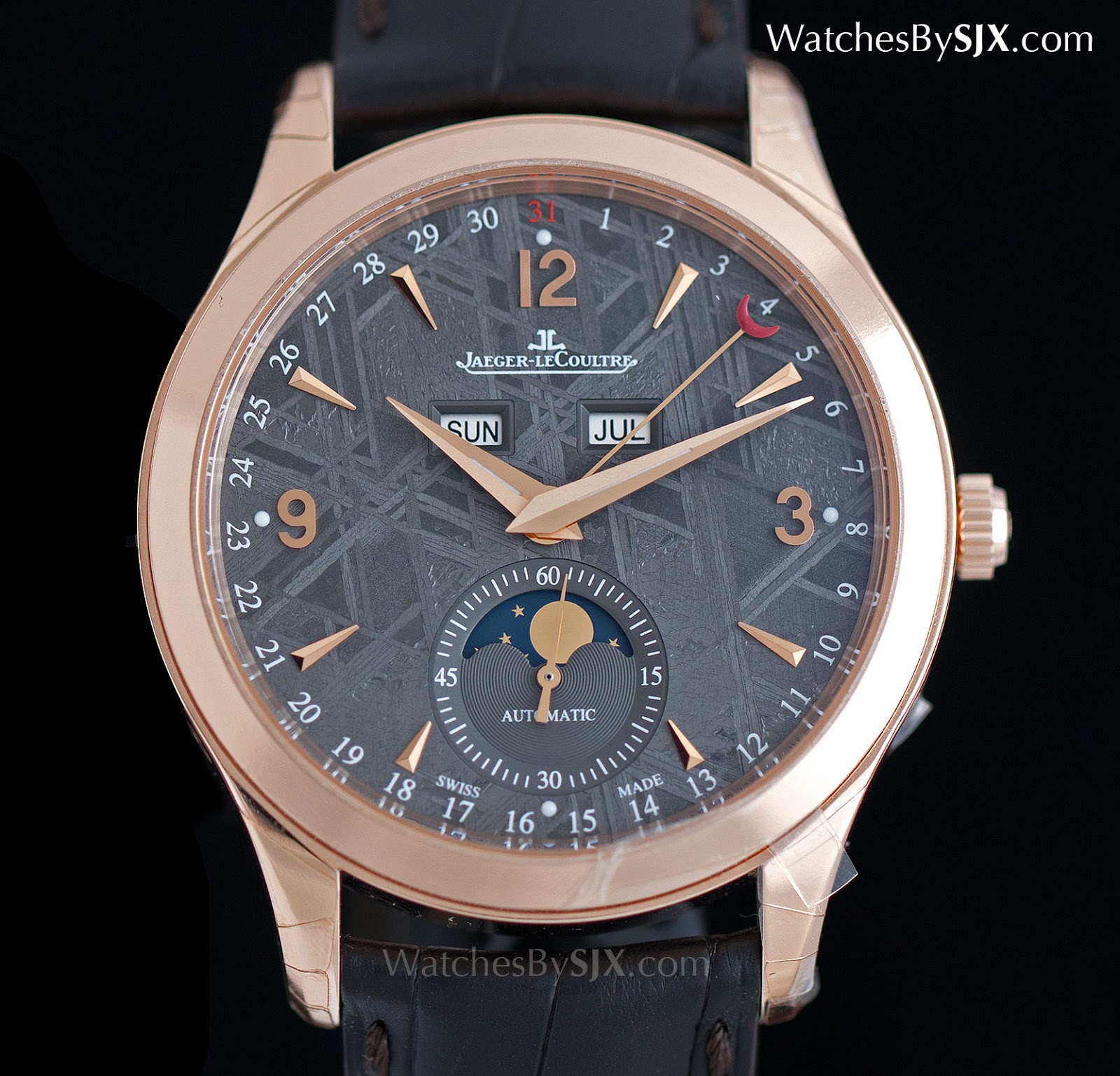 The Jaeger-LeCoultre line-up at SIHH 2015 was heavy with moon phase watches, including the Master Calendar Meteorite. Part the JLC collection starting the nineties with a short interruption in the mid-2000s, the Master Calendar is styled like a mid-20th century triple calendar watch, sedate and functional, except it’s now offered with a meteorite dial.

While meteorite watch dials are not new, Corum offered such dials back in the 1980s, this is a first for Jaeger-LeCoultre. Composed mainly of iron and nickel, iron meteorites are always used for watch dials (meteorites can also be stone or a combination of the two), because of the attractive pattern that emerges when they are sliced up.

[Ed’s note: The watches are covered in protective stickers, which are visible in the photos.] Dial aside the Master Calendar Meteorite is identical to the triple calendar introduced two years ago. It displays the day, date, month and moon phase, with pushers in the case to advance each indication. Apertures are cut into the dial for the day and month, as well as for the seconds sub-dial. Though the seconds sub-dial is the same colour as the meteorite, it’s actually a galvanised metal disc that’s inserted into the meteorite dial. Inside is the calibre 866, based on JLC’s workhorse automatic movement. As is typical of JLC movements, the movement is well constructed with features typically found in higher-end calibres like a free-sprung balance and a 22-ct. gold rotor mass. Blued steel screws and Geneva stripes enhance the visual appeal of the movement, which is decorated and produced industrially, but executed to a degree few others can manage on this scale.