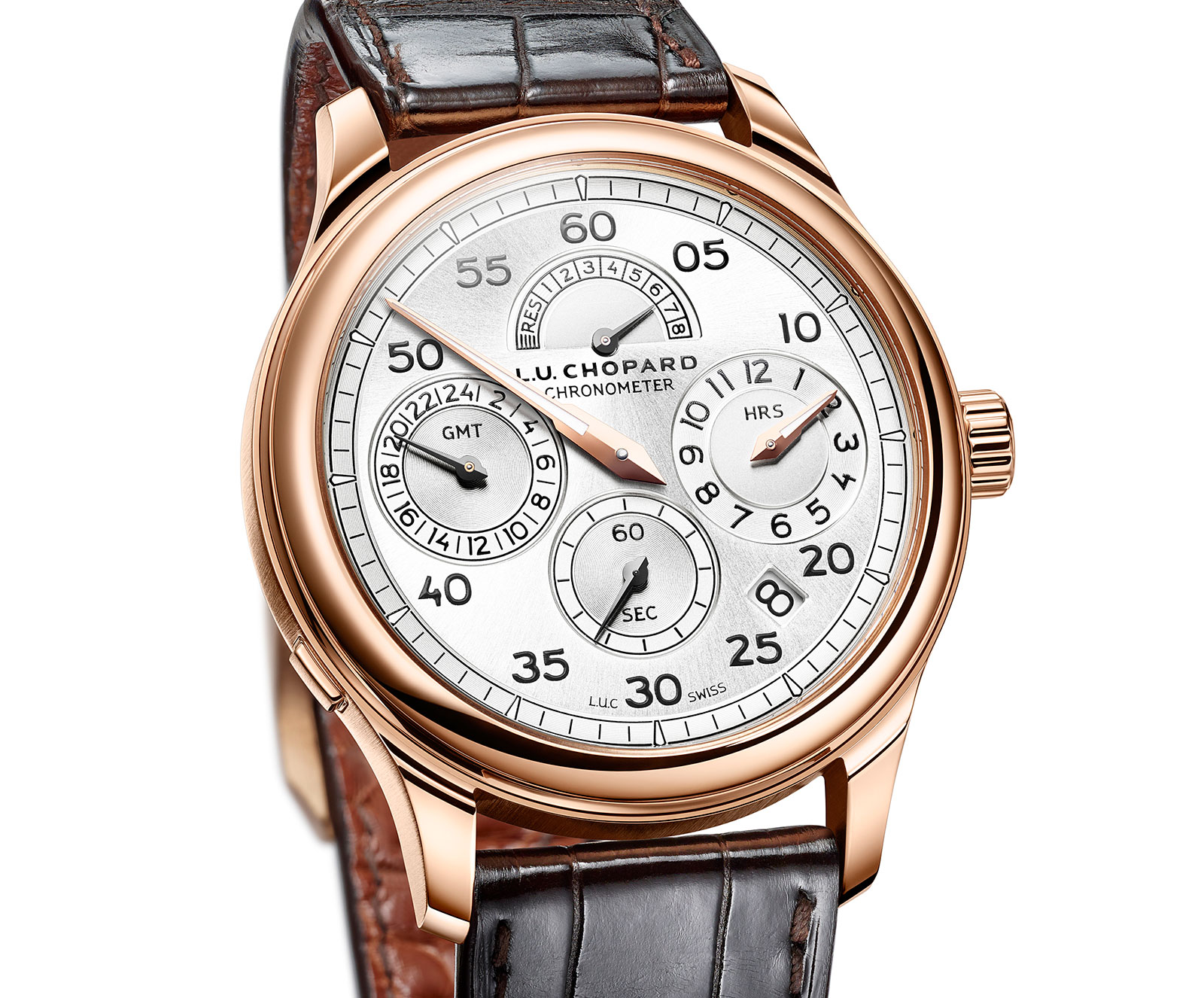 Modelled on regulator dial clocks, the Chopard L.U.C. Regulator has its minutes on the central axis, while the hours and seconds are on sub-dials. And it has the addition of a second time zone display at nine o’clock, along with the power reserve at noon. While the L.U.C. Regulator has been in Chopard’s line-up for nearly a decade, this is a facelifted version for Baselworld 2015, with a new dial and larger case. Regulator dials on clocks were meant to optimise legibility and improve the precision of time setting as such clocks were often used as reference clocks where high precision was imperative, like in watch factories or observatories. The new L.U.C. Regulator dial has been redesigned to that end, giving it a look reminiscent of a dashboard instrument, with large Arabic numerals for all the indications. It’s equipped with the L.U.C 98.02-L calibre, a hand-wound movement with an eight day (or 216 hour) power reserve. The movement is both COSC and Geneva Seal certified, a somewhat redundant twosome since the Geneva Seal now demands both decorative finishing and functionality for the complete watch (while COSC tests the movement before it’s cased). The dial is silvered with a radial brushed finish, while the case is rose gold with a recessed button to advance the second time zone hand. Dimensions are 43 mm wide and 9.78 mm high, making it flat relative to its diameter, a recipe for elegant proportions. Pricing is not yet known but with the earlier generation of this model retailing for about US$40,000, expect this to be in the same ballpark.