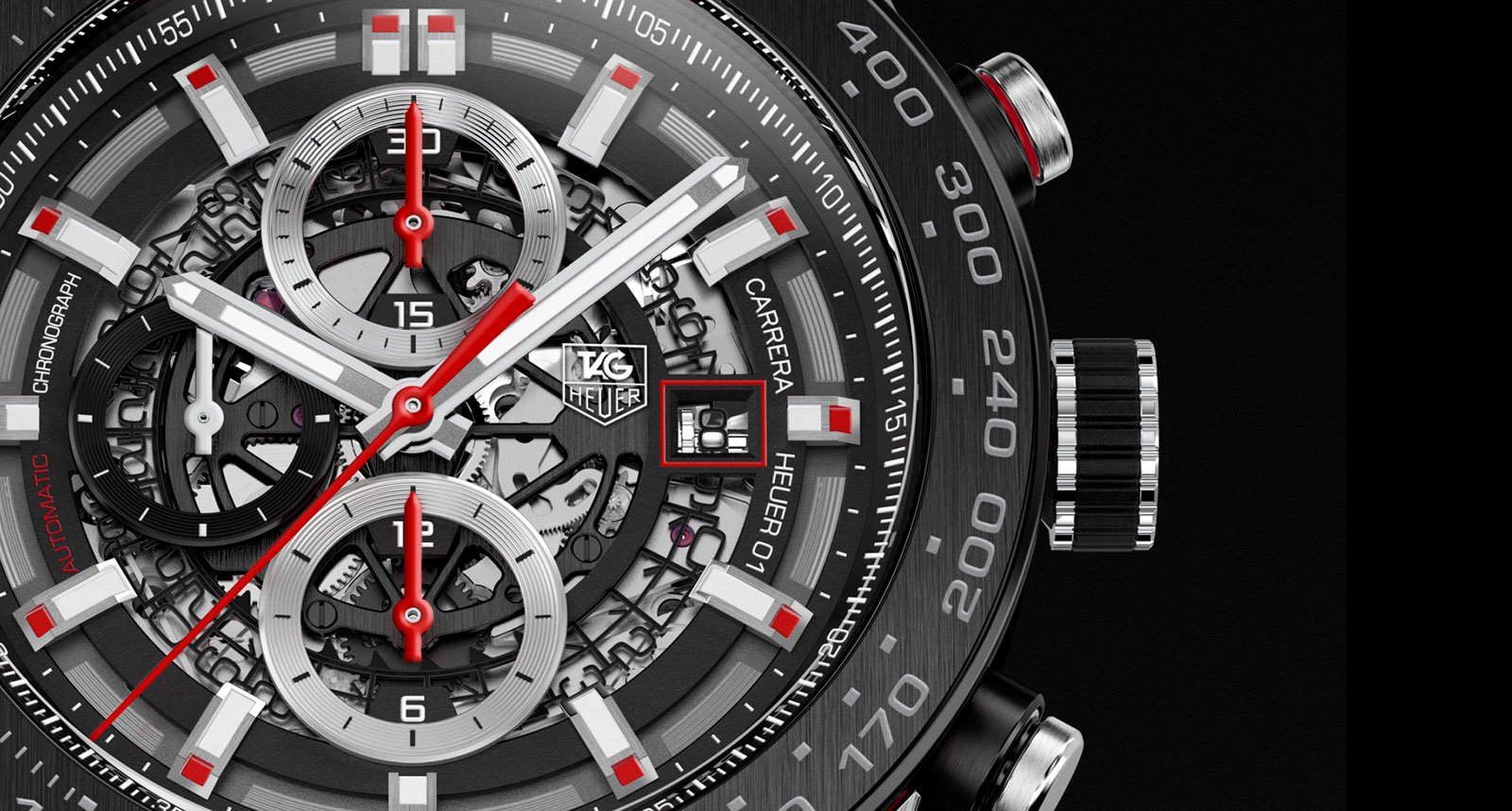 TAG Heuer launches the Carrera Calibre Heuer 01, a reinterpretation of its classic rally chronograph that takes a leaf from the Hublot playbook, executed with a modular and highly customisable construction. TAG Heuer has oscillated between classic, vintage-style and modern, edgy designs over the last decade, especially with the multiple iterations of the Carrera. Now with LVMH watch chief Jean-Claude Biver in charge, the pendulum has now swung far in the direction of edgy with the Carrera Calibre Heuer 01. It’s the first of a new line of Carrera watches all based on the same modular case that can be customised by playing around with the constituent parts. The Carrera Calibre Heuer 01 takes the place of the short lived Carrera CH 80 chronograph that was launched at Baselworld last year, only to be scrapped almost immediately after. That featured a brand new, in-house movement, which was also abandoned. Instead, the Calibre Heuer 01 works off the existing calibre 1887 that TAG Heuer has used for several years. The calibre 1887 is derived from the Seiko 6S37 (or TC78) movement, which TAG Heuer acquired a license to manufacture. The key differences between the Heuer 01 and 1887 are mainly aesthetic, the addition of a red-coated column wheel, and redesigned rotor as well as chronograph bridge. Borrowing from the visual identity of Hublot, the other brand Jean-Claude Biver runs, the Carrera Calibre Heuer 01 has a skeleton dial with an open-worked date mechanism and disc. Like the case the dial can be modified in multiple ways by playing with the indices, hands and calendar mechanism. And in the same vein, the 45 mm case is made up of 12 components, namely the case band, four lugs, buttons and crown, gaskets as well as bezel and case back. Such modularity means it can be put together in countless ways, with varying colours for each part, just like what Hublot has done with its Big Bang chronograph. TAG Heuer Announces The Monaco V4 Phantom, With A Carbon Composite Case And Movement (With Specs And Price)

TAG Heuer's most distinctive haute horlogerie watch has undergone a makeover: the Monaco V4 Phantom is equipped with a carbon composite case and movement, as well as a more affordable price tag.