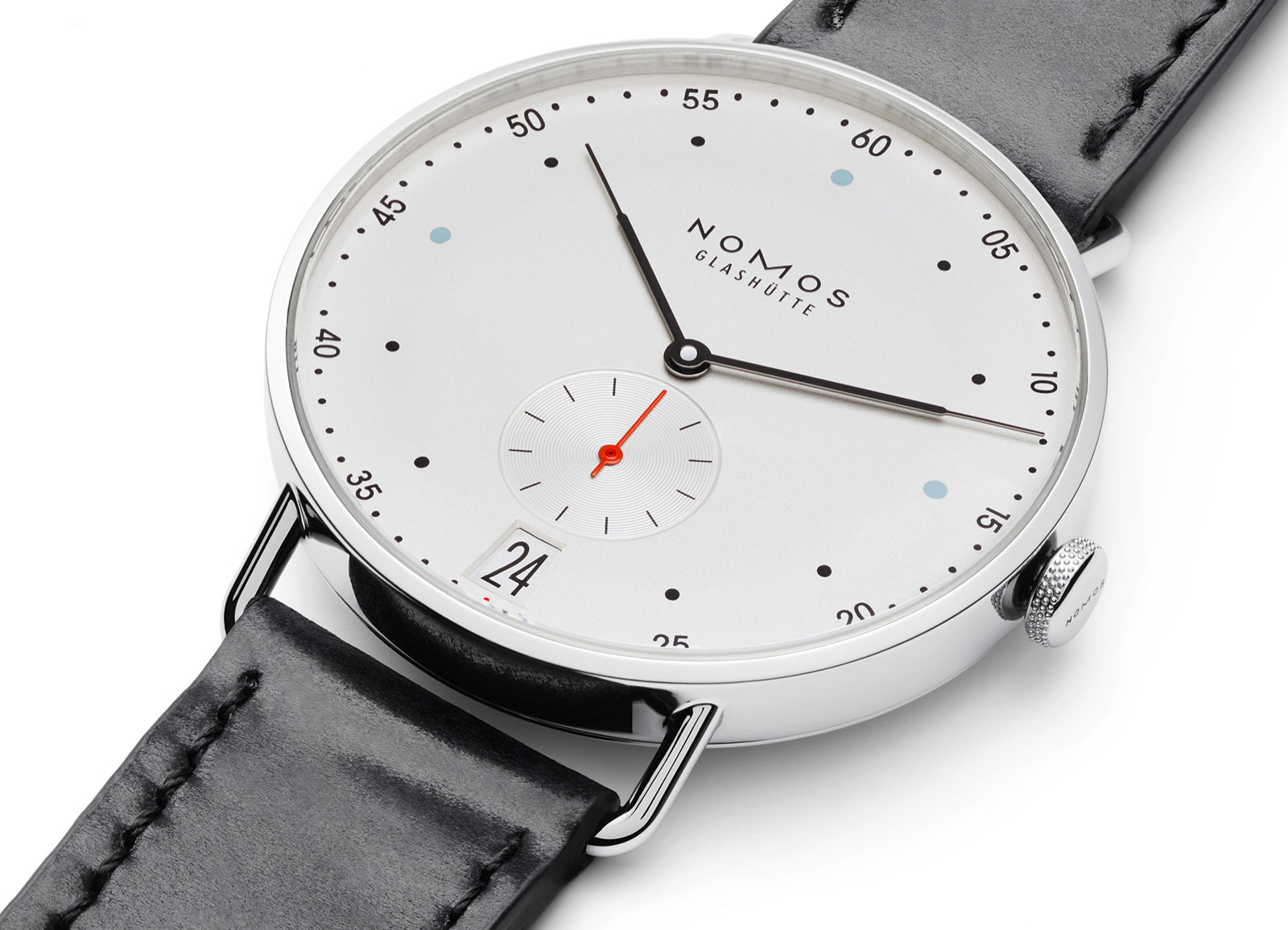 Last year Nomos unveiled the Metro, its first wristwatch equipped with the Nomos Swing System, the escapement Nomos developed and makes on its own. Fresh from Baselworld 2015, the new Metro 38 Datum (German for “date”) has a nearly identical design, save for a larger case and lack of power reserve indicator.

The Metro 38 Datum measures 38 mm in diameter, compared to the 36.5 mm of the first Metro. And its only addition function beyond the time is a date window at six o’clock, whereas the first version had a power reserve window. The DUW 4101 inside the Metro 38 Datum is almost the same as the DUW 4301 in the earlier Metro, except for the power reserve display. It has a striped three-quarter plate, blued steel screws and barrel ratchet wheels decorated with sunburst graining – the attractive, well executed finishing that makes Nomos watches good value. And it’s also fitted with the Nomos Swing System – balance, hairspring, escape wheel and pallet fork – that is in-house. In addition to the traditional silvered dial, the Metro 38 Datum is also available in “urban black”, a dark grey galvanic finish. The Nomos Metro 38 Datum costs US$3480 in either colour, available starting summer 2015.