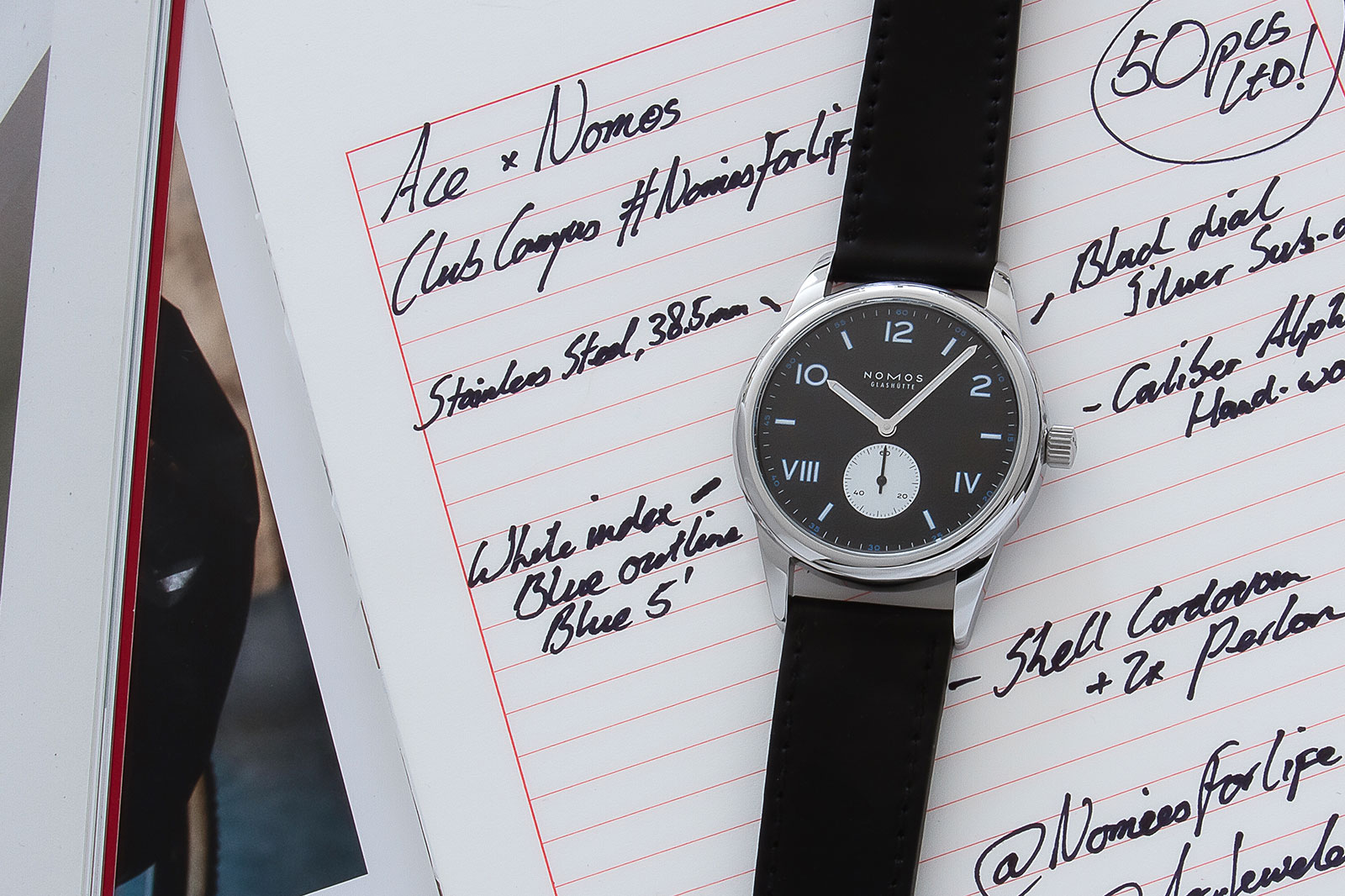 Amsterdam-based Ace Jewelers has worked with Nomos on a regular basis to create its own limited editions, with the latest being the Club Campus 38 #NomiesForLife.

While earlier Ace editions incorporated local elements like the Dutch capital’s coat of arms and the work of Piet Mondrian, the new edition resulted from a collaboration with a Dutch Nomos enthusiast who also started a community on Instagram for like-minded collectors, @nomiesforlife.

Named after the Instagram channel, the new edition is a more sombre iteration of the usually colourful Club Campus, done in high contrast black and white, accented with pale blue. 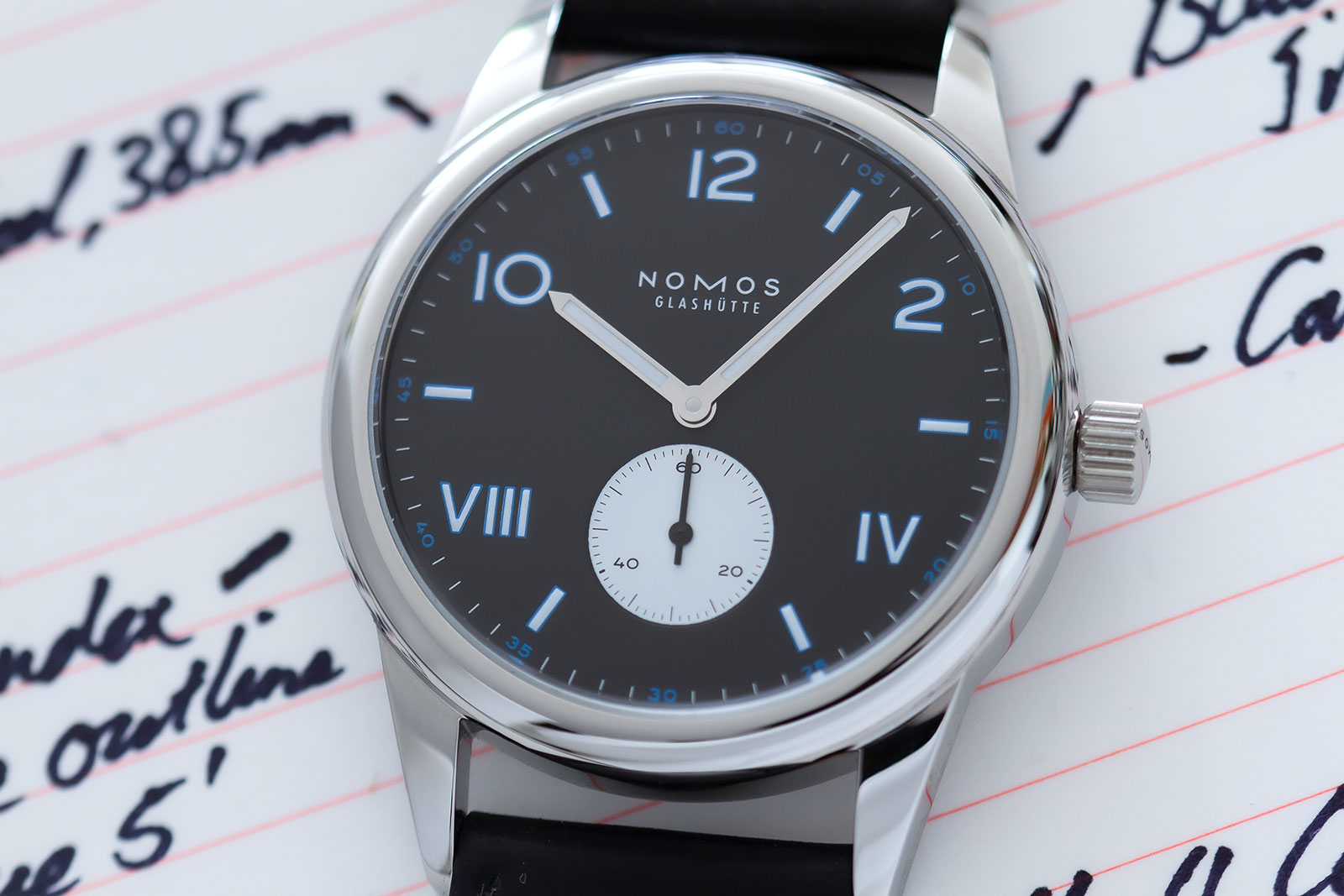 Ace Jewelers has plenty of Nomos limited editions under its belt – this Club Campus is the second launch this year – which might seem one too many. In fact, the new model is rather similar to an earlier edition, but with red replaced by blue. That said, the “NomiesForLife” edition is appealing, mostly owing to the colours and pronounced affordability – the retail price is under US$1,400.

Clean and more restrained compared to the standard Club Campus, the new edition nonetheless retains the “California” dial, which gives it a fun, retro style that’s helped by the blue accents. Basically it caters to anyone who likes the Club Campus for its accessible price and sporty-ish style, but prefers a more understated look.

And the new edition is even more affordable than the standard models in relative terms: though priced exactly the same, it is delivered with a bonus of two additional fabric straps. 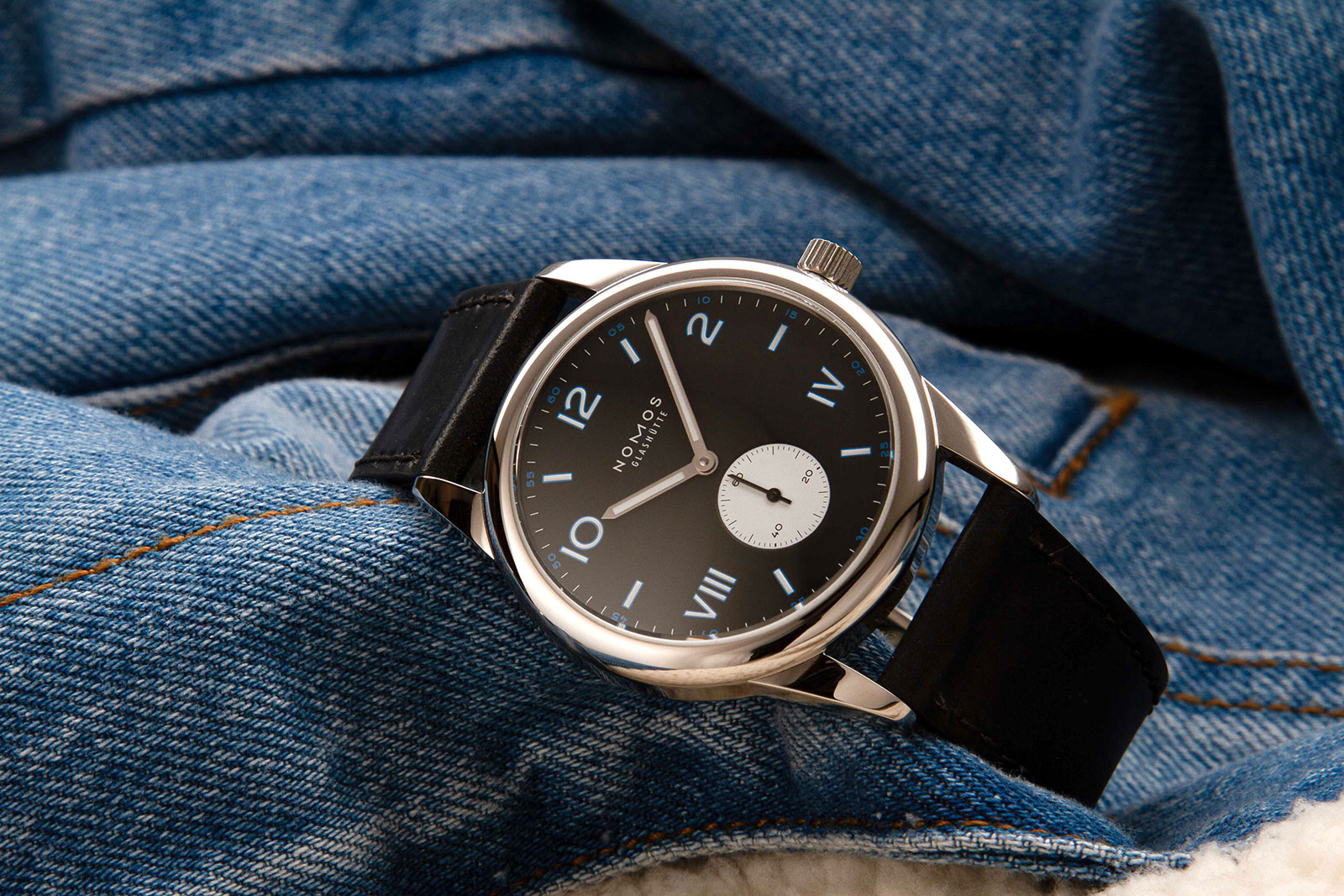 The “NomiesForLife” edition is identical to the standard Club Campus aside from the dial. Launched three years ago as a starter Nomos for those fresh out of college, the Club Campus is characterised by its unusual dial and lively colours. Its steel case is a reasonable 38 mm in diameter, and a thin 8.5 mm high.

Though priced low, the Club Campus checks the boxes for both utility and mechanics: 100m of water resistance and the Alpha movement, a proprietary movement based on the Peseux 7001.

The Alpha offers perhaps the most appealing movement decoration in its price segment. Amongst its decorative highlights are the three-quarter plate and a spiral, solarised finish on the barrel ratchet wheel. 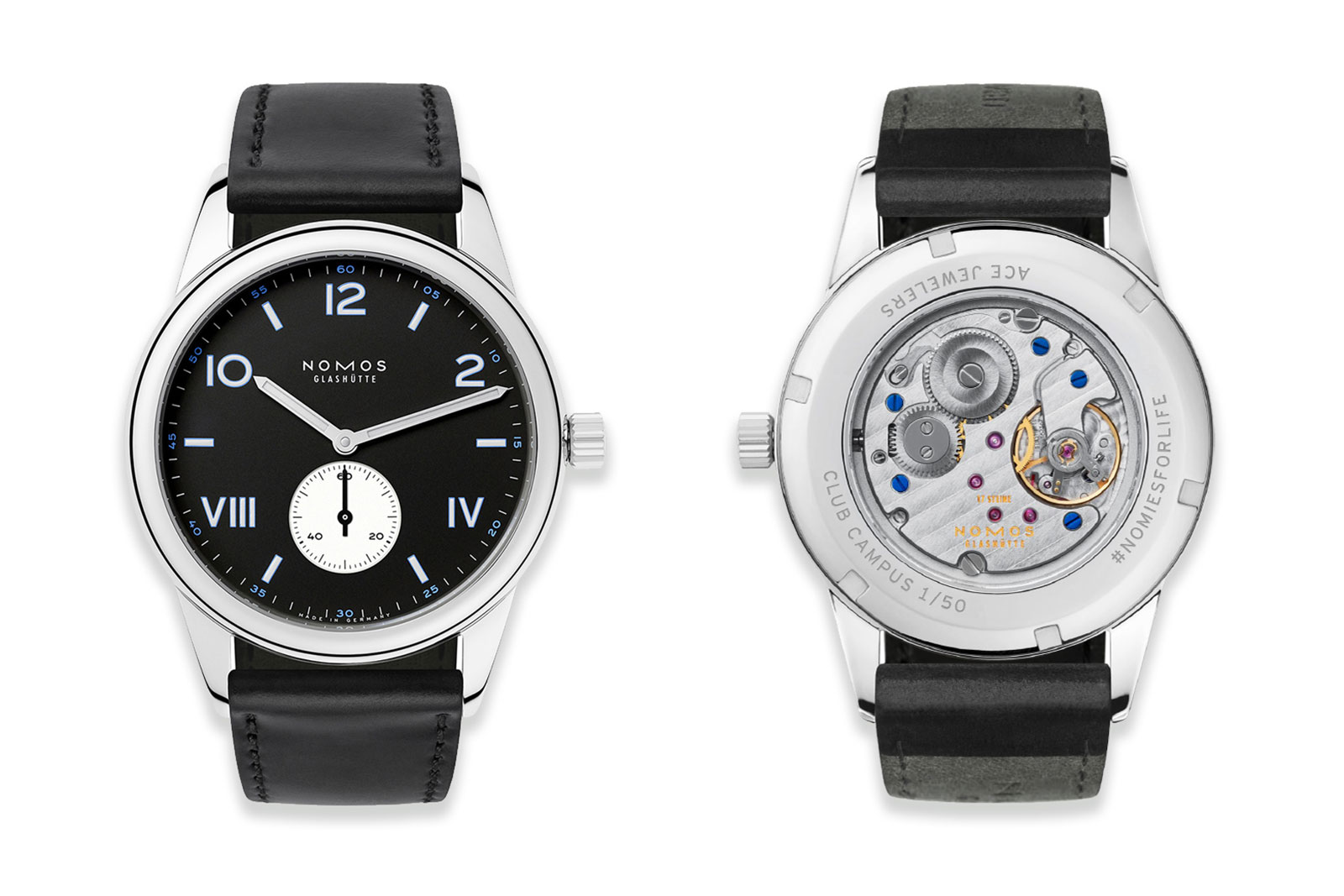 An edition for Ace Jewelers.