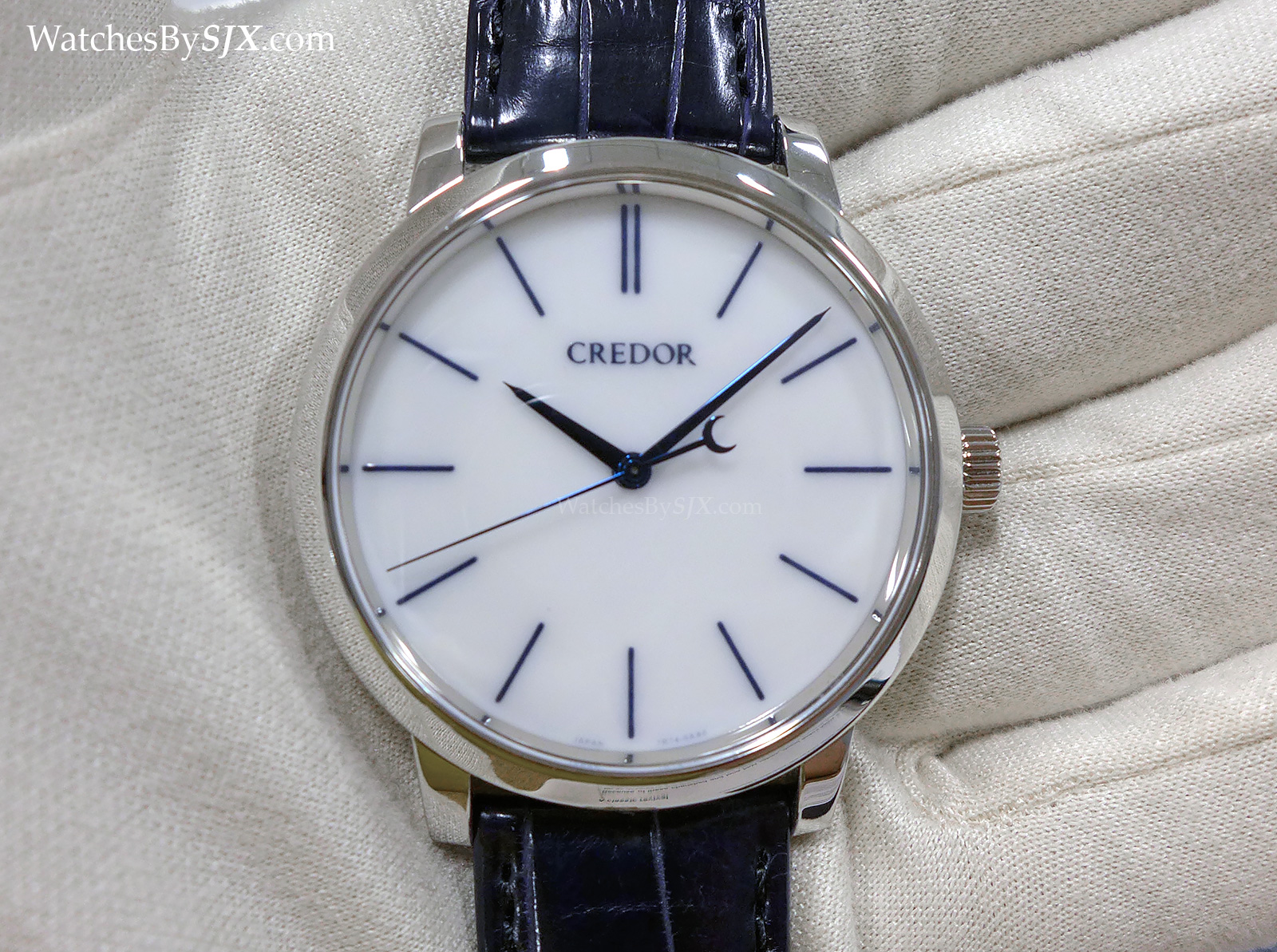 In 2008 Seiko unveiled the first Eichi, a time-only wristwatch with an exceptionally fine movement finished modelled on the work of Philippe Dufour. That was discontinued in 2011, and succeeded by the Eichi II, introduced just last year. Similar in style and execution to the first generation, the Eichi II is primarily distinguished by its larger case and cleaner dial. The movement, however, remains as exquisite as before.

The Eichi (Japanese for “wisdom”) is the product of the Micro Artisan Studio at Seiko Epson in Shiojiri, a city in Nagano, the mountainous prefecture best known for hosting a winter Olympics. A dozen craftsmen work at the Micro Artisan Studio, turning out about 25 watches each year – probably the lowest per capita production in watchmaking anywhere. 20 Eichi II wristwatches are made each year, along with two or three each of the Credor Sonnerie and Minute Repeater. The stupendously slow production is due to the fact that many of the components are hand made, and all the movement components are hand-finished to the extreme.

Two of the watchmakers at the Micro Artisan Studio studied with Philippe Dufour in Switzerland, learning the techniques of movement finishing. The pair even carried back sticks of Gentian wood native to Le Sentier that Dufour uses to achieve the polished, bevelled bridges. That, however, came to an end once Seiko managed to fine an equivalent species of plant in Northern Japan.

The result of that dedication to achieving finishing on par with Dufour is plain to see. Even without magnification the decoration on the Eichi II movement is flawless; the bridges bevelled with Japanese wood are lustrous and perfect. As with the earlier generation, the Eichi II has German silver bridges, but the aesthetic has evolved since the first model. The bridges have been reduced in number to two, with most of the screws heat blued instead of just mirror polished. Additionally the barrel is now rhodium plated, instead of a gilded finish. The result is a slightly more modern aesthetic, though every part of the movement still glows.

While the original Eichi had a porcelain dial made by the Noritake, the famed maker of tableware, the Eichi II dial is made by another porcelain specialist. However, the dial maker is responsible for only the dial itself, since the craftsmen at the Micro Artist Studio have since mastered dial painting, so the indices and logo are painted in-house. They are in a dark blue that is almost a perfect match for the blued steel hands. The biggest improvement is the larger case. At 35 mm the original Eichi was small by today’s standards. The Eichi II is a modest 39 mm, but with a height of 10.3 mm it has elegant proportions that give it presence, especially with the luminous white dial. The case remains platinum, giving it heft despite its compact dimensions. While the first generation had a porcelain insert on the crown (also by Noritake), the Eichi II has a relief Credor logo. The Eichi II retails for 5.94 million Japanese yen. According to a Seiko retailer the waiting list is over a year, since only 20 are produced annually. Addendum 12 April 2015: See the Eichi II in all its glorious detail in my photo essay.