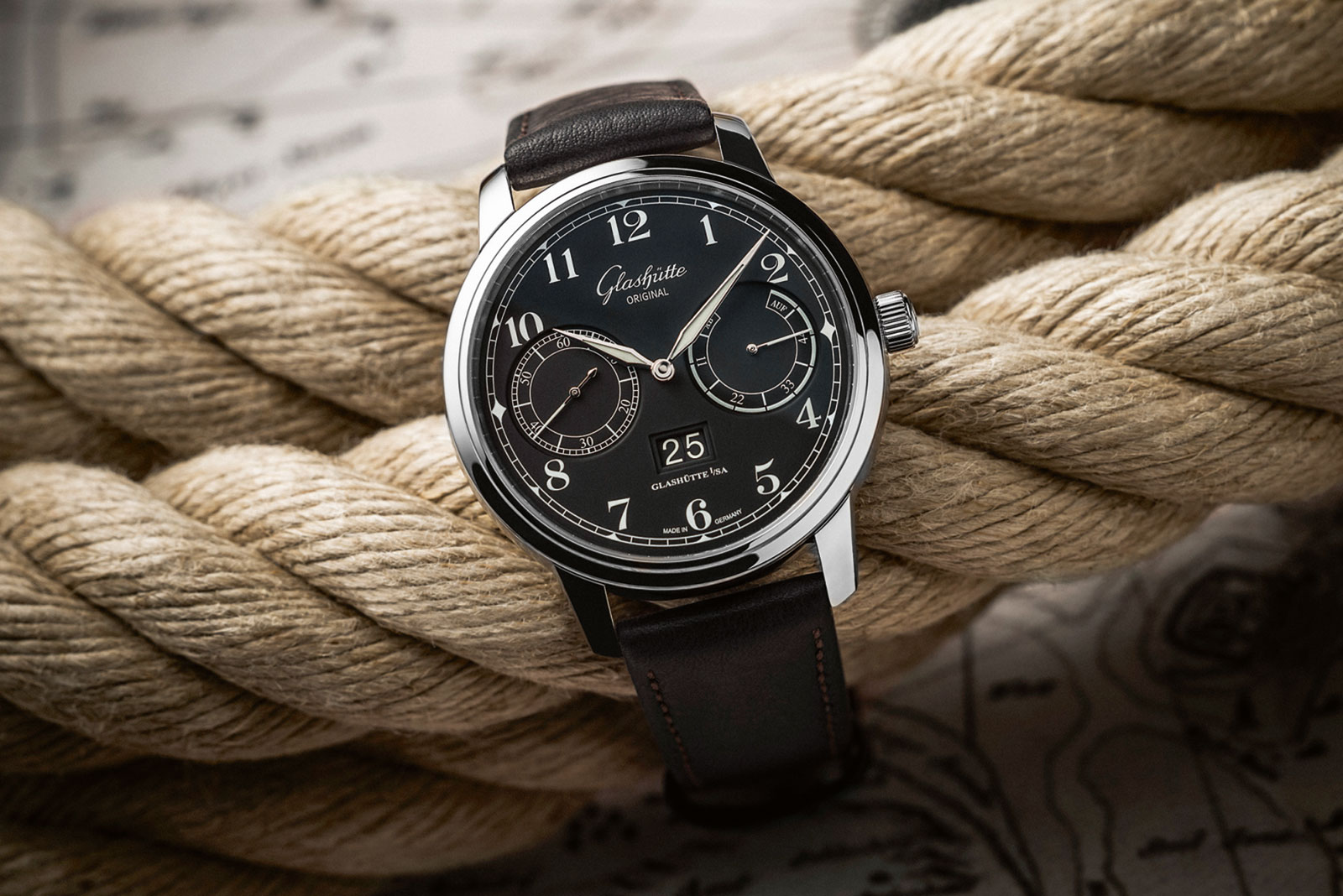 Deck watches were precision pocket watches with concise, functional dials used on deck (marine chronometers were too bulky and fragile to be moved) for astronomical observation and navigation, hence the name. The Glashütte Original Senator Observer is modelled on such deck watches, with a dial layout just like a deck watch, with an oversized date display that’s a concession to modernity and convenience.

This is a variation on the current Senator Observer models, all of which are based on deck watches, with seconds at nine o’clock and a power reserve at three. Unlike the current models that feature printed, non-luminous Arabic numerals in a sans serif font, the new Senator Observer has large, retro-style numerals. All the hands (which are made of white gold) as well as the markings on the dial are painted with Super-Luminova, so the entire dial, including the sub-dials, are readable in the dark. The Senator Observer is equipped with the calibre 100-04, an automatic with a 55 hour power reserve and the brand’s trademark big date display. Like all of Glashütte Original’s movement it is in-house (a consequence of the town’s turbulent history). It’s constructed in the typical Glashütte style with a three-quarter plate and jewels in chatons. And the rotor has a 21 ct. gold weight along with the double-G logo of the brand. The case is steel and 44 mm in diameter, with the option of a calfskin strap or steel bracelet. The Senator Observer is priced at €9900 or 18,300 Singapore dollars. Introducing The Glashütte Original Senator Cosmopolite, A Travel Watch With 37 Time Zones (With Specs And Price)