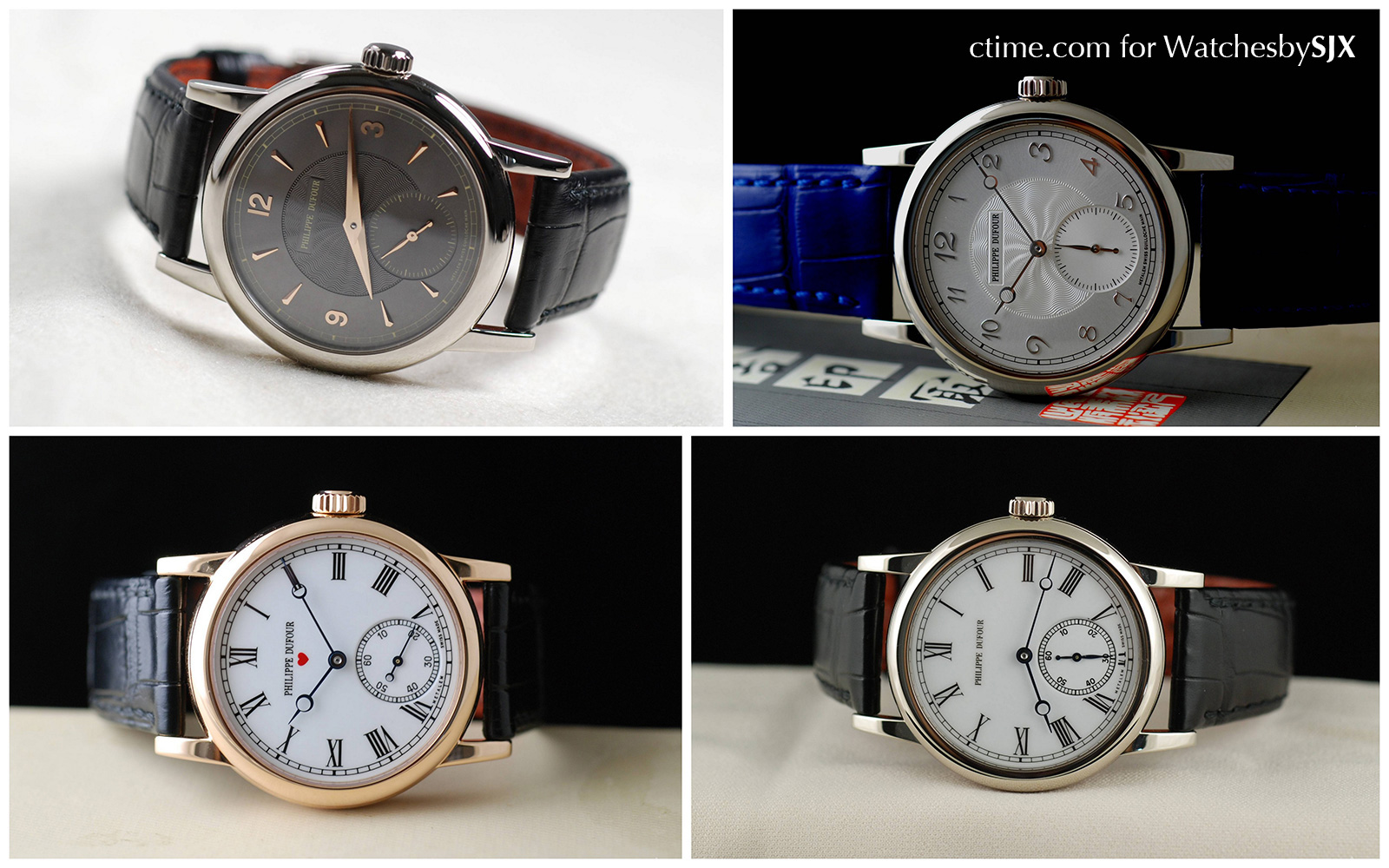 The Philippe Dufour Simplicity is probably the most desirable timepiece made by an independent watchmaker, representing the perfect synthesis of simplicity and a remarkably executed movement. Only 200 were ever made, with the last delivered in 2013. Except that four additional Simplicity watches were delivered in late 2014 – a huge surprise for observers of independent watchmaking.

newsWhen the Simplicity was still available from Dufour in the early 2000s, the Simplicity was relatively accessible, priced between 40,000 and 56,000 Swiss francs, depending on the material and size (though the earliest owners paid less). The Simplicity is now so scarce and sought after that it is now worth about double the original price. Four lucky collectors, however, did not need to venture into the secondary market. Each watch was snugly packed inside the oblong, polished wood box familiar to owners of the Simplicity. All four watches share the same 37 mm case, but in varying colours of gold. Three of the Simplicities, however, are unique, with dials never seen before. Another has a guilloche dial with unusual Breguet numerals and hands. The third has a white lacquer dial favoured by many Simplicity owners, with the addition of a small red heart below the 12 o’clock marker. And the last is the most conventional, with a standard white lacquer dial. Because these four watches are not part of the original 200-piece run of the Simplicity, and as such have no serial numbers on the movement. Instead, each is engraved with the owner’s name or nickname on the plate where the serial number typically is located. The origins of these additional Simplicity watches lie with a good friend and longtime supporter of Dufour, who introduced a young Chinese collector to the Swiss watchmaker. That young collector then purchased the last Dufour Grande Sonnerie wristwatch (serial number 8). But the collector also wanted a Simplicity, and eventually Dufour agreed to make four watches: for the collector, another for his wife, one for an aficionado in Hong Kong, and the last went to the person who made it all possible with the initial introduction. Many thanks to a good friend who was amongst the four lucky individuals. His original post can be found on Ctime, a Chinese language watch forum. More photos of the grey dial Simplicity follow.