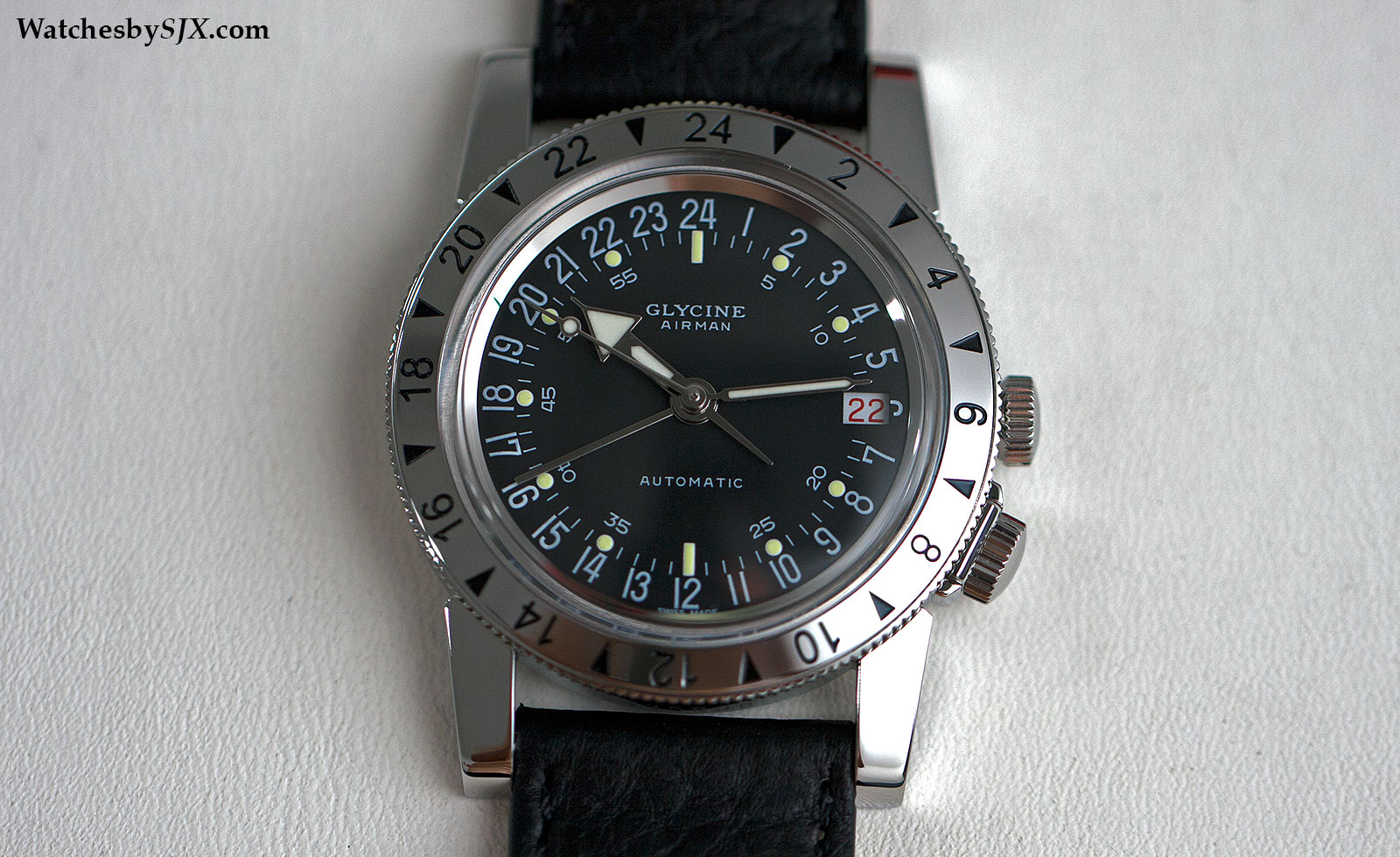 Conceived for pilots of the then nascent transnational airlines, the Glycine Airman emerged from a conversation between Sam Glur, then the company’s sales director, and the pilots on his flight from Bangkok to Calcutta, back in 1953. The Airman was a dual time zone watch with a twist. Instead of the typical 12 hour scale, it indicated the time on a 24 hour dial. This not only showed the time in two time zones simultaneously, the 24 hour dial also easily distinguished between day and night in each time zone.

A near exact replica of the original, the Airman No. 1 has a polished steel, 36 mm case with a domed Hesalite crystal, while the case is a slim 10.75 mm. And the lugs are set fairly widely apart at 20 mm, as with the first Airman. Unlike the original the modern remake has a practical 100 m depth rating. The dial is a slightly glossy black with legible white markings, while the SuperLuminova has a slight green tint, almost like the colour of fresh tritium as it was back in 1953. Glycine has done a commendable job in recreating the feel of the original. Overall the feel is almost like that of a new-old-stock timepiece. But this is a functional timepiece as well. The bezel can be rotated to show an additional timezone, with a locking mechanism at four o’clock. Interestingly, two versions of the Airman No. 1 are available. The first is pictured here: known as the GMT, it has four hands – hours, minutes, seconds and GMT – that is capable of displaying up to three time zones. Local time, home time, and a third time zone via the rotating bezel.

The second version is the purist version with only three hands and two time zones. This is in essence a pure 24 hour watch with the rotating bezel serving to show the second time zone. Inside both versions is the tried and tested ETA 2892. It is covered behind a solid, screwed case back, but there is rarely anything to admire about the movement except its reliability and ease of service. Available on a black leather strap or canvas NATO-style band, the Glycine Airman No. 1 retails for 2900 Singapore dollars with 7% tax, equivalent to about US$2320.