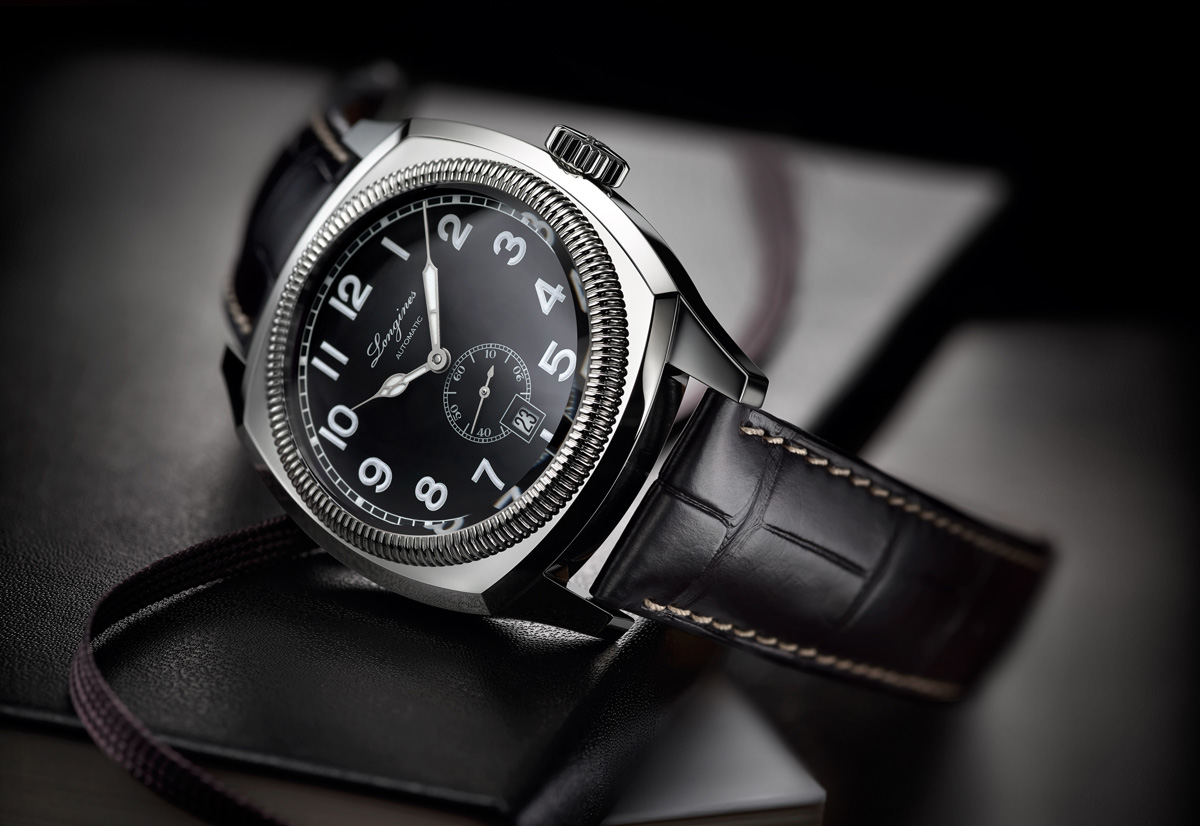 Starting in 1935, until the mid-forties, Longines supplied distinctive, carré-shaped watches for the Czech Air Force. Though Longines was not the only supplier of these oversized wristwatches to the Czech Air Force – Eterna and Lemania were two others – Longines produced the best known, and arguably the most attractive, version of the timepiece. Just unveiled at Baselworld 2014, the Longines Heritage 1935 is a reissue of the Czech Air Force wristwatch. It joins the string of vintage military-inspired timepieces Longines has launched in recent years.

‘The brand has covered many significant vintage military timepieces with its reissues, ranging from the British WWW-inspired Military 1938 to the Avigation Oversize Crown which take after the German airforce watches of the twenties. Notably, many of the original military timepieces were actually made by Longines, reflecting its deep roots in instrument watches, especially during the early decades of the twentieth century. At 42 mm in diameter, the Czech Air Force reissue is slightly larger than the 41 mm original. But the cushion-shaped case retains the same form and details, including the bevelled edges and wide lugs. While the original had a rotating, fluted bezel with a triangular marker, the remake has a fixed, fluted bezel, which nonetheless retains the original aesthetic. The crystal is sapphire with an anti-reflective coating. The dial is matte black with poire squelette (pear-skeleton) hands, more commonly known as cathedral hands. A date window sits at six o’clock, a practical feature but it looks deeply out of place on the dial. Inside is an ETA 2895 automatic with a 42 hour power reserve. Pricing has yet to be announced, but it will be approximately similar to the similarly spec’ed Avigation Oversize Crown which retails for US$2400.

Hands-On With The Longines Heritage 1935, Compared With The Czech Air Force Original (With Live Photos And Price)