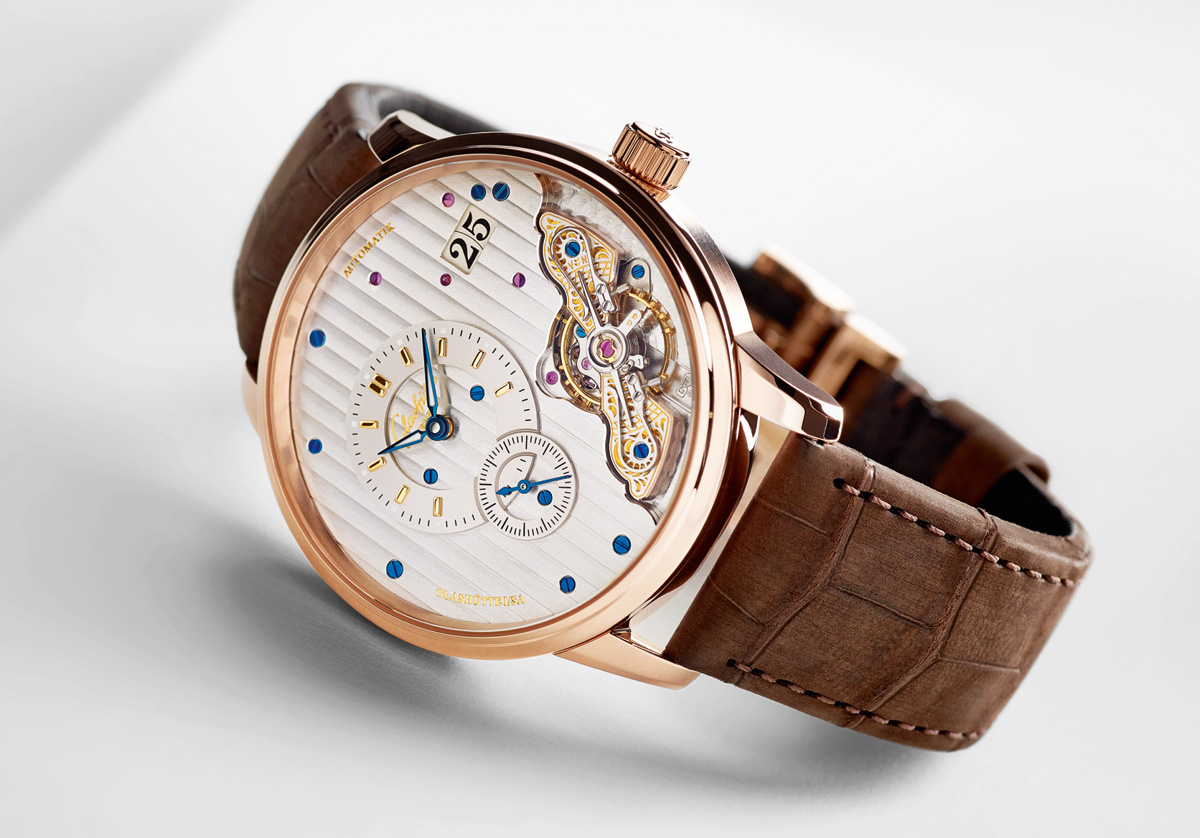 Glashütte Original’s signature inverted movement is now available as an automatic with extra-large date. Christened the the PanoMaticInverse, the new model will be launched officially at Baselworld 2014. Unveiled in 2008, the Glashütte Original PanoInverse was novel because it displayed most of the movement on the dial side. Now Glashütte Original has applied the same formula to the new PanoMaticInverse, which has the addition of an oversized date and automatic winding mechanism, and will soon be shown at Baselworld 2014.  Though it is visually similar to the manual-wind PanoInverse, the PanoMaticInverse uses the newly developed Calibre 91-02. Decorated in what is now regarded as the German style of watchmaking, the movement base plate is finished with striping, and all visible screws are blued. Besides the addition of automatic winding, the new PanoMaticInverse also features an oversized date display at two o’clock (where the PanoInverse has a power reserve display instead).