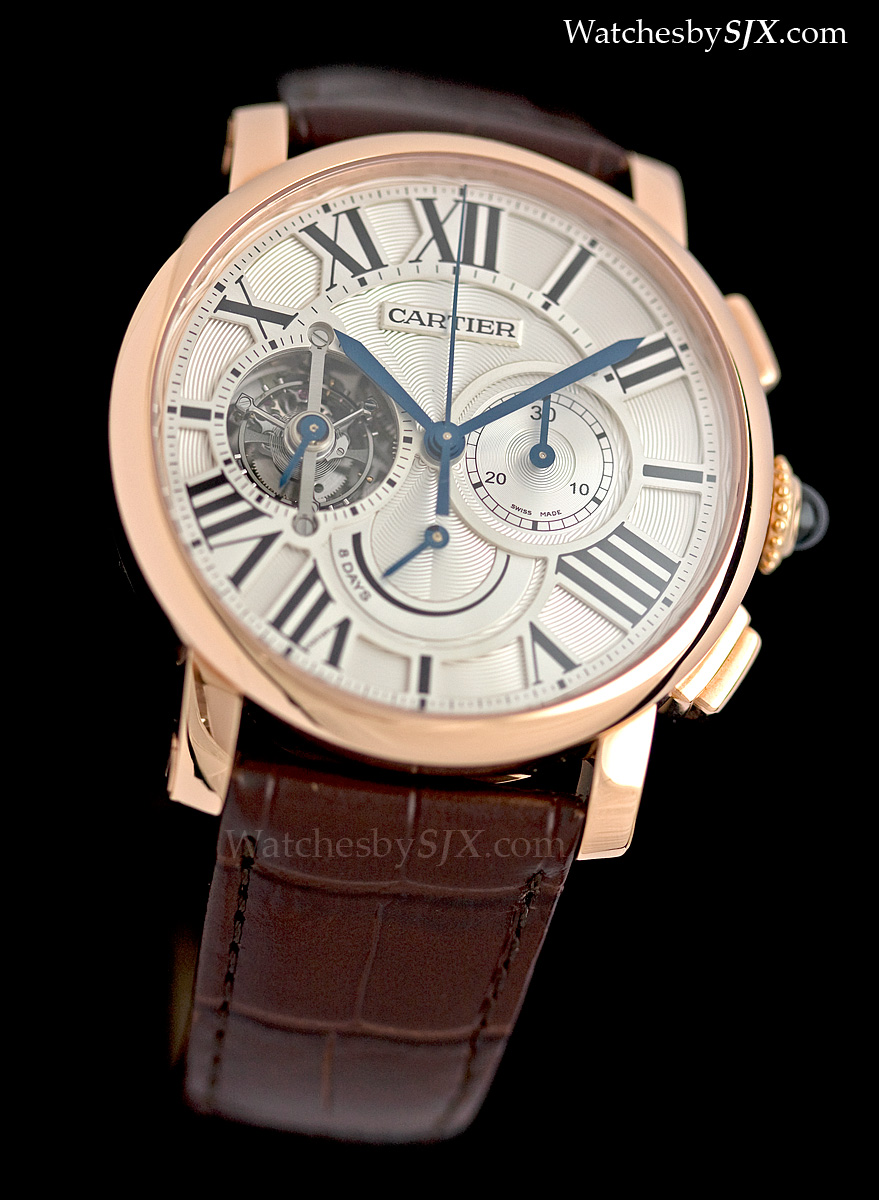 One of the major complications Cartier unveiled at SIHH 2014 is the Rotonde de Cartier Tourbillon Chronograph with eight day power reserve. The 9438 MC movement inside is actually manufactured by technical specialist Renaud & Papi, located a short drive away from the Cartier manufacture.

Though Cartier is now developing complicated movements in-house, it still collaborates with Renaud & Papi (R&P), a subsidiary of Audemars Piguet. That relationship goes back some way, because Cartier’s accomplished head of movement development, Carole Forestier, is an alumnus of R&P. Unlike the movement in the Cartier Earth & Moon which was developed jointly with R&P, the movement inside the Rotonde de Cartier Tourbillon Chronograph is a R&P calibre, made and completed by R&P then delivered to Cartier. With its titanium balance wheel and gold screws, and the recognisable tourbillon cage, the movement is distinctively R&P even from the front. It is made up of 318 components, and twin barrels give it an eight day power reserve. The chronograph is of the traditional type, controlled by a column wheel and equipped with a lateral clutch. Though it is finished and constructed to very high standards, the movement is not innovative (like the Cartier Astrocalendar for instance), rather it is traditional, complicated watchmaking.

Visually, Rotonde de Cartier Tourbillon Chronograph is typical Cartier. The silver guilloche dial is paired with blued steel sword hands, and the Cartier secret signature is incorporated into the “VII”. This is not the first time Cartier has used this movement, but it will probably be amongst the last as Cartier concentrates on in-house calibres. The Rotonde de Cartier Tourbillon Chronograph has a large and chunky 45 mm case in pink gold and is a limited edition of 50 pieces. Its retail price is €135,000 before taxes, equivalent to about US$186,000.