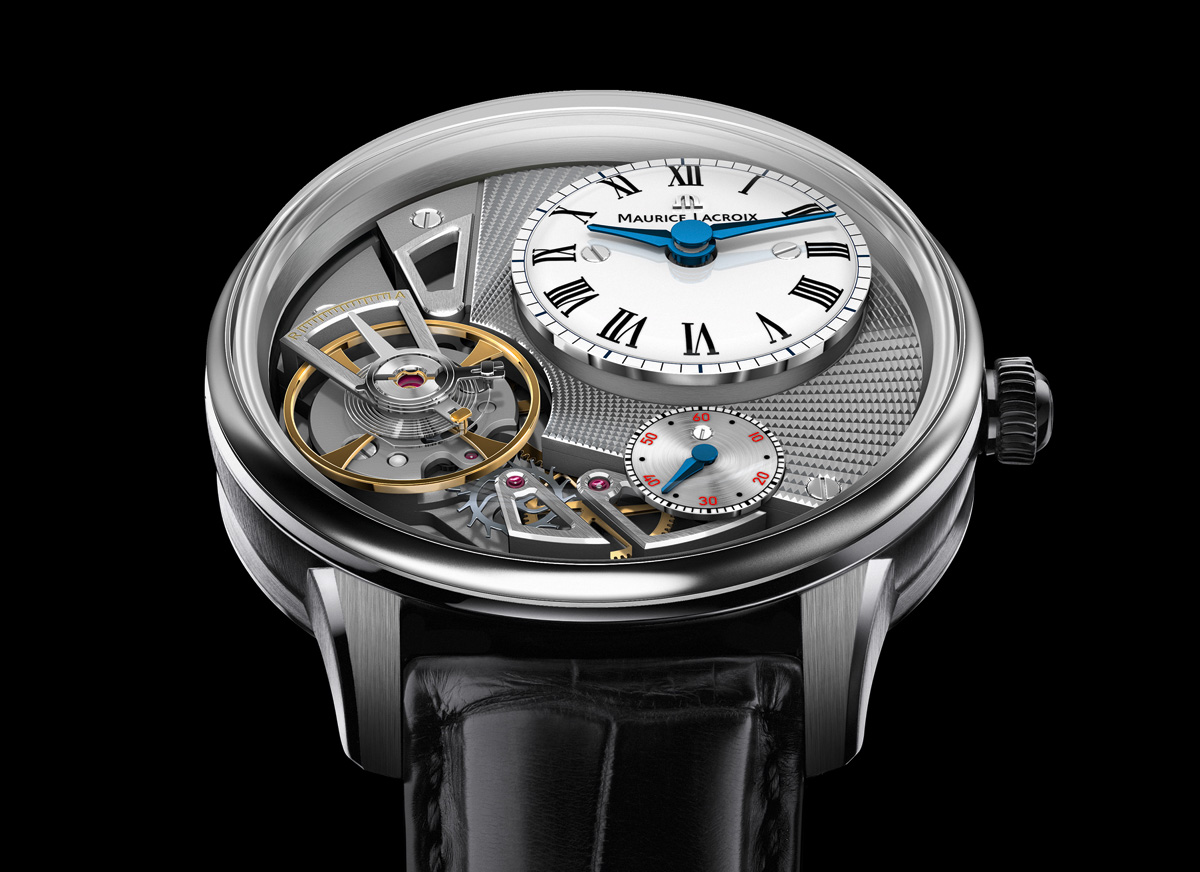 Maurice Lacroix will soon unveil the Masterpiece Gravity, equipped with an in-house movement equipped with the pallet fork, escape wheel and balance roller in silicon. At Baselworld 2014 the Maurice Lacroix Masterpiece Gravity will make it début. This is the first wristwatch from Maurice Lacroix with a silicon assortiment (literally “assortment”), referring to the regulating organs of the movement like the balance wheel, hairspring and escapement. The Masterpiece Gravity uses silicium (French for silicon) for the double roller of the balance wheel, the pallet fork and the escape wheel, basically the parts of the movement that allow it to keep good time. Silicon is self-lubricating, hard and light, which makes it ideal for these components since they are in perpetual motion during wear, hence experiencing significant wear and tear. Maurice Lacroix is not the first brand to do this, Patek Philippe’s Ref. 5550P Advanced Research has similar, and of course Omega equips many of its watches with the Si14 silicon hairspring.  The Masterpiece Gravity has a pocket watch inspired aesthetic, with the dial set off-centre, and revealing the escapement and part of the gear train. That visual effect is accentuated by the straight lines of the cocks for the balance and escape wheel, echoing early pocket watches. This pocket watch-inspired style is not new, Breguet did it first with the La Tradition, and more recently Audemars Piguet and Arnold & Son did the same. Available either with a brushed finish (the Classical model) or a black PVD coated finish (the Contemporary model), the case of the Masterpiece Gravity is 43 mm in diameter.  Both versions of the watch have domed, box-shaped sapphire crystals, which are more costly than the common flat crystal but give the watch a more depth and a slightly retro feel. Beating at a slow 18,000 bph, which Maurice Lacroix says is optimal for the hard but brittle silicon components, the ML230 movement is hand-wound with a 50 hour power reserve. Pricing has yet to be announced but we will publish it once we have it.