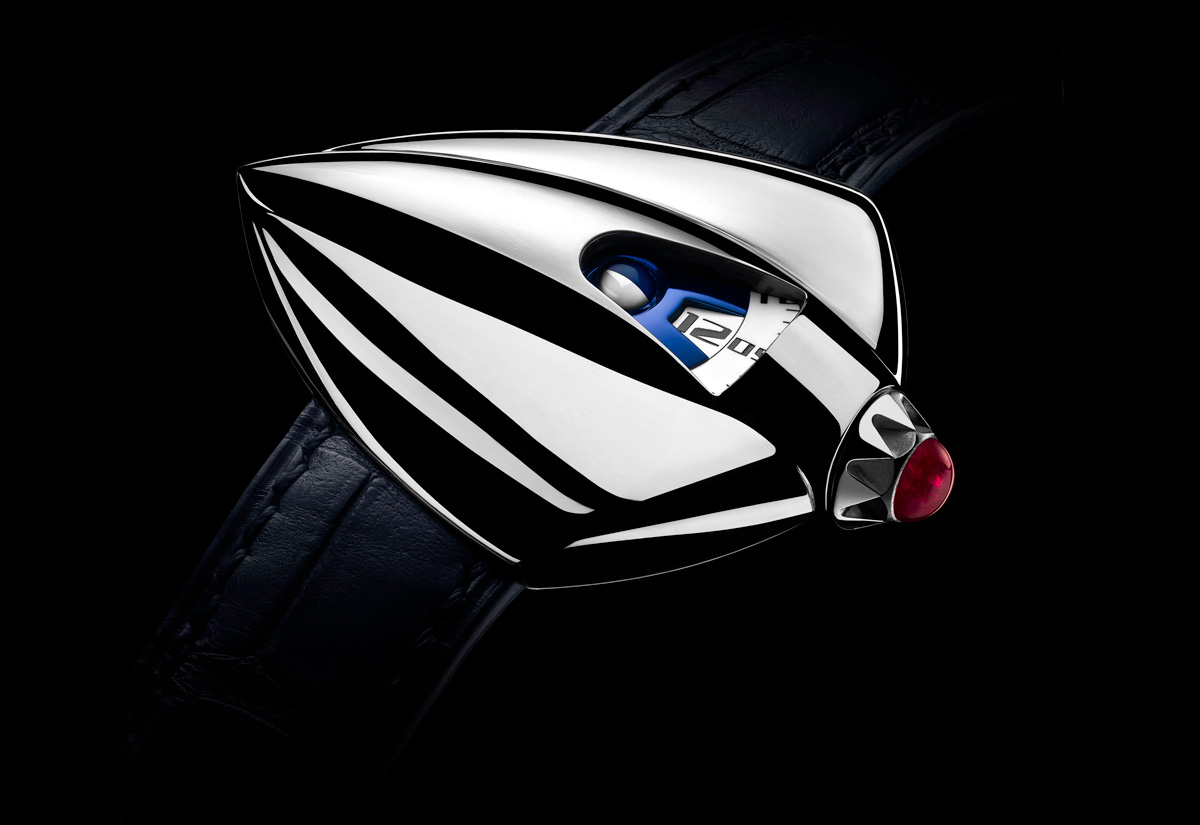 Though its other timepieces have strikingly modern designs, all have roundish cases. In contrast the Dream Watch 5 is shaped like a space craft, or a seashell from an ocean on another planet. Its triangular shape is a design element found throughout the De Bethune line-up, often used for the hands, most recently on the DB25 Imperial Fountain.

Mirror finished throughout, the titanium case of the Dream Watch 5 is sleek, seemingly moving at speed, yet it is a compact size, measuring 49 mm wide and 39 mm long. It shows the hours, minutes and moon phase in a narrow window adjacent to the large crown topped with a ruby cabochon. It has the same DB2144 movement as the recently launched DB28 Digitale, and also the same functions: jumping hour, wandering minutes and a spherical moon phase.