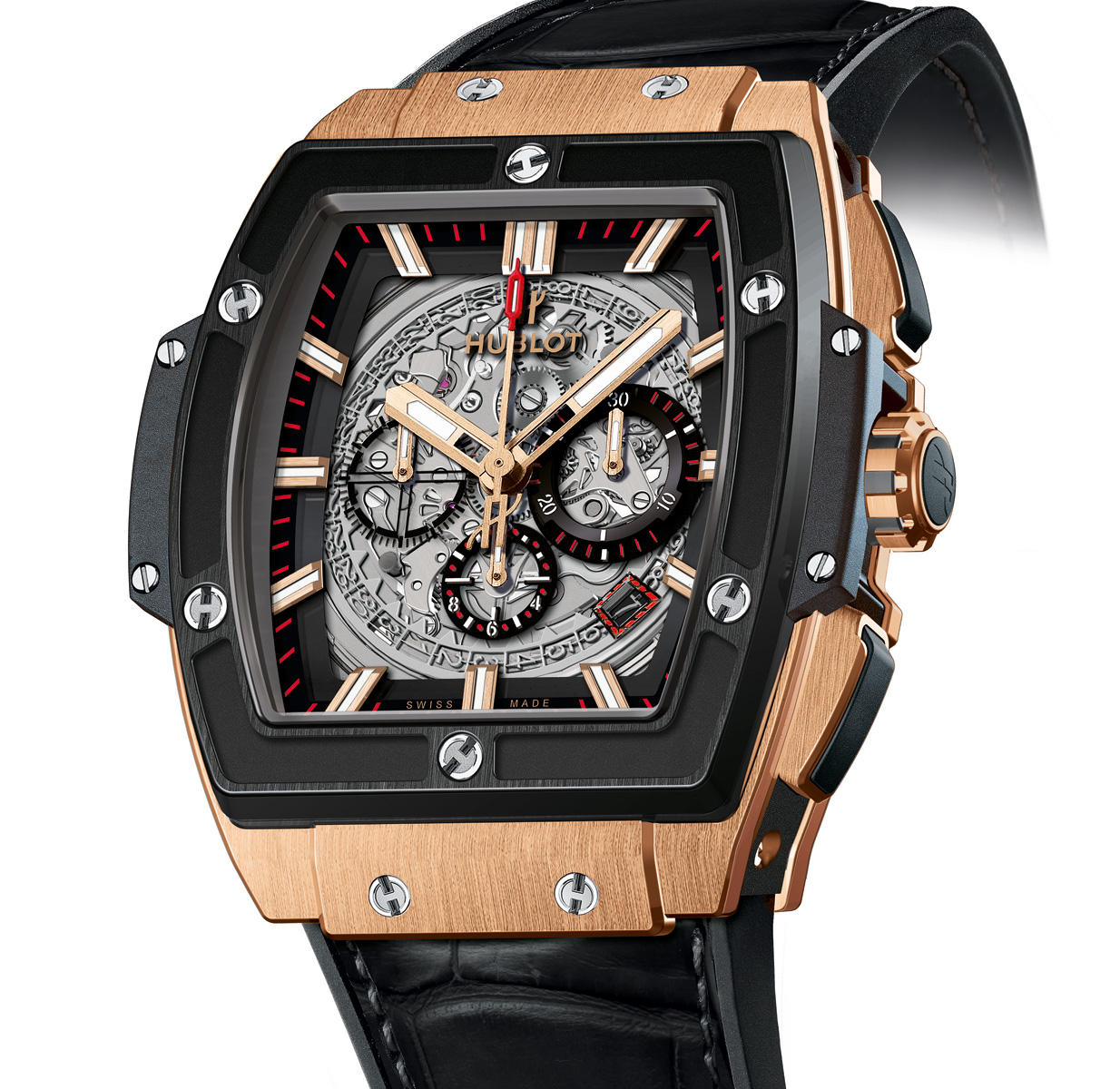 Hublot’s new Spirit of the Big Bang is a tonneau shaped chronograph in the typical Hublot style, with lots of carbon fibre, kevlar and fusion, and  but what sets it apart is the 36,000 bph Zenith El Primero movement inside. For the new Spirit of the Big Bang chronograph, Hublot has relied on its sister company in LVMH for the movement. The HUB 4700 movement inside is actually the Zenith El Primero, running at its trademark 36,000 bph, but with skeletonised components to keep it in line with the Hublot aesthetic. With this, every watch brand of LVMH now uses the El Primero in one form or another. Measuring 51 mm by 45 mm, the Spirit of the Big Bang has a sandwich case construction like all Hublot watches. It has a black resin middle with alloy plates front and back. Available in King Gold (a rose gold alloy) or titanium, with the option of a black ceramic bezel in both metals, the Spirit of the Big Bang is delivered on a rubber strap covered in alligator. The Spirit of the Big Bang retails for US$24,000 USD in titanium and US$47,000 King Gold. That’s a hard to swallow price tag, considering what a Zenith with the same movement costs in gold (with an annual calendar to boot) or even carbon fibre. Pre-Basel 2014: Introducing the Speake-Marin Spirit Seafire, a sports chronograph in titanium (with specs and price) 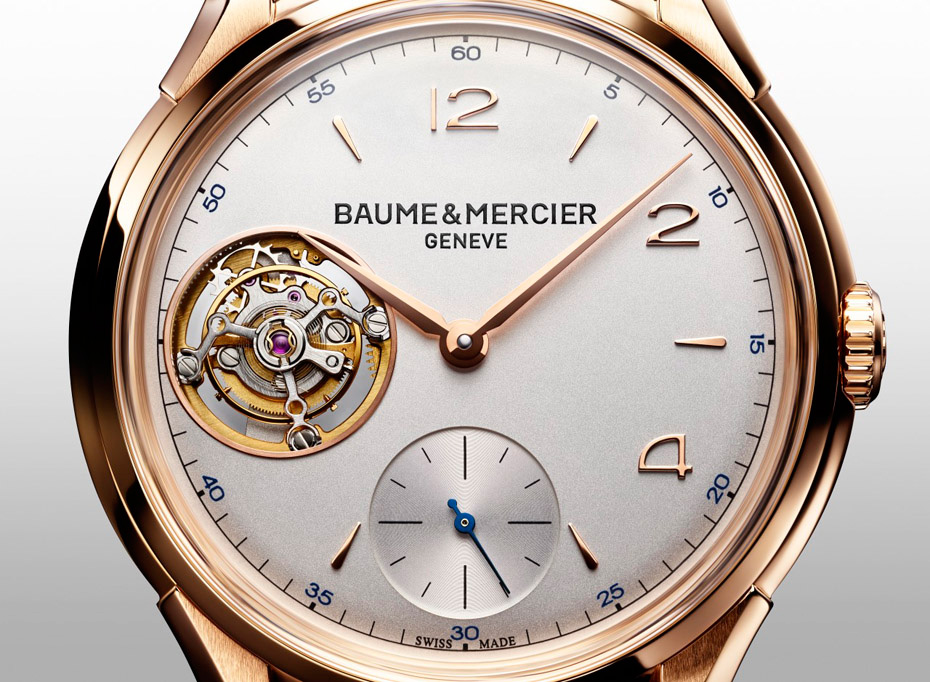 A long time ago, in 1892 to be exact, Baume & Mercier won the timing trial at the Kew Observatory in London with a tourbillon pocket watch. Equipped with a movement from IWC, the new Clifton 1892 Flying Tourbillon attempts to evoke some of that past glory.

Limited to 30 pieces in a large 45.5 mm red gold case, the Clifton tourbillon uses the ValFleurier P591 movement, hand-wound with a 50 hour power reserve. But that is actually the cal. 98900 from IWC, which it uses in the Portuguese Tourbillon Hand-Wound. This is not the first time Baume & Mercier has borrowed this calibre from IWC, the William Baume tourbillon from a few years back used the same calibre. ValFleurier is a secretive enterprise owned by Richemont which develops and makes movements for the group, which includes Baume & Mercier and IWC. That creates vast economies of scale and explains the uncanny similarity in movements and technical characteristics in products across several Richemont brands.

The Clifton Flying Tourbillon retails for US$59,000, very slightly less than the US$62,100 retail of the IWC Portuguese Tourbillon Hand-Wound in the same metal. So it is entry-level, but not that much of a bargain, relatively speaking.