Daniel Roth played a key role in the revival of Breguet and its movement supplier Lemania starting in the seventies, before starting his eponymous brand in 1988. With that he became one of the first watchmakers to go down that path, paving the way for subsequent generations of independents like F. P. Journe.

Though he was a pioneer, Roth has not enjoyed the commercial success his peers and successors have. Now in his early sixties, Roth separated from his namesake brand when Bulgari bought it in 2000, whereupon he embarked on his second career act as an independent watchmaker, creating the Jean Daniel Nicolas Two-Minute Tourbillon.

The company name is the combination of the names of his son, Jean, and Nicolas, his wife, as well as his own. And Roth himself has long had an affinity with the tourbillon, having helped created the Lemania tourbillon movement, one of the first wristwatch tourbillons.

Aided by Jean, the tourbillon is the only wristwatch Roth makes today, delivering only two or three watches a year. It is available in two cases, round and a form case shaped like an “8”. Both use the same base calibre, a hand-wound movement with a twin barrels and a 60 hour power reserve. It is fitted with a tourbillon regulator beating at a slow 18,000 bph with the carriage making one revolution every two minutes.

Everything about the Jean Daniel Nicolas Two-Minute Tourbillon feels traditional and hand-made. The aesthetics are slightly reminiscent of Breguet, unsurprising given Roth’s history. The dial is silvered, decorated with guilloche and the hands are blued steel, naturally.

What is really striking about this timepiece is the craft, personal, intimate craftsmanship, that it embodies. The finishing is not perfect, but it is superb; it feels hand-made. Over on the front, the large, bat-shaped tourbillon bridge is a fine example of how steel should be finished. The top surface is black polished, all the edges are bevelled and polished, and the vertical flanks are brushed. 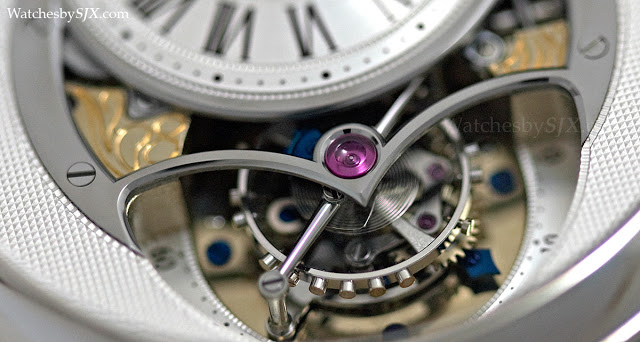 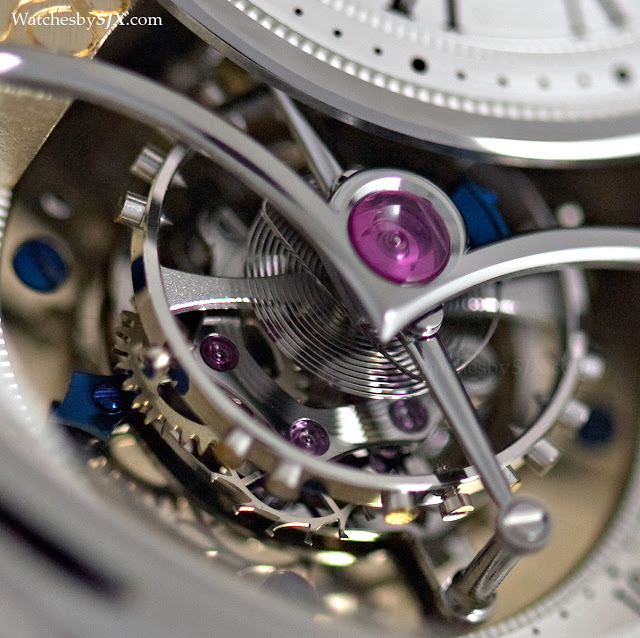 Turn the watch over and the movement appears to have little of note from a distance, being just one large bridge with the barrel ratchet wheels and click. But up close its details stand out. 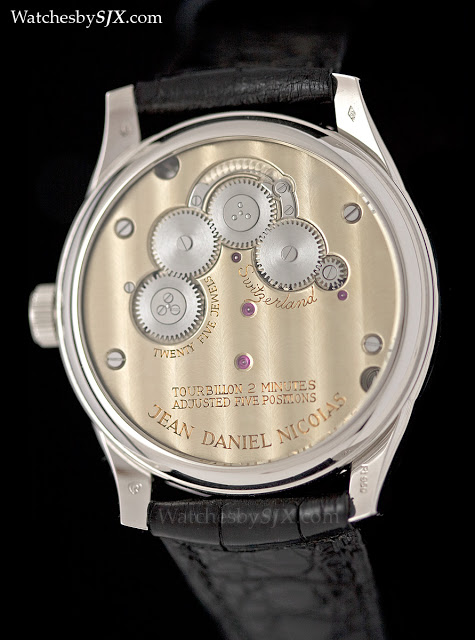 The movement bridge is German silver with its distinctive yellowish-silver hue. All of the text is done by hand, with the characteristic, slightly uneven lines of hand-engraving. To that, Roth applies Geneva stripes with unusual, broad, U-shaped waves. 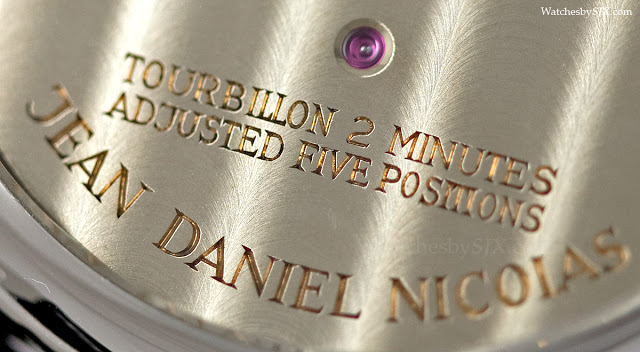 And notice how the anglage on the bridge tapers towards a sharp point around the ratchet wheels. Though the anglage is is uneven in places, the tapered points are a rare and wonderful detail. 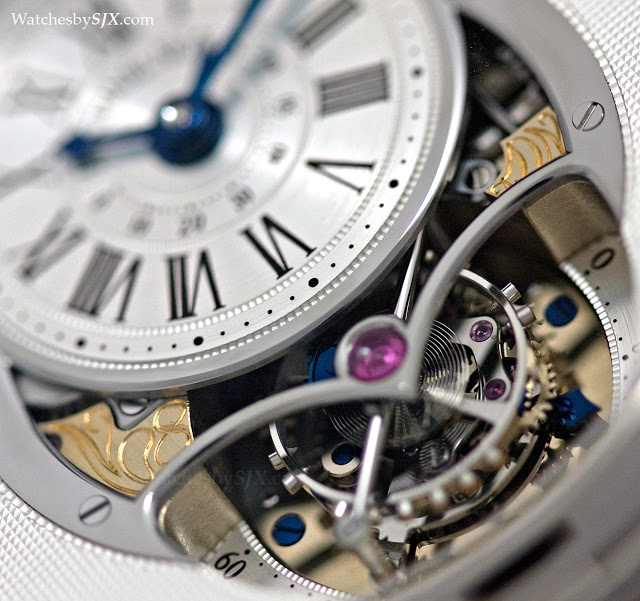