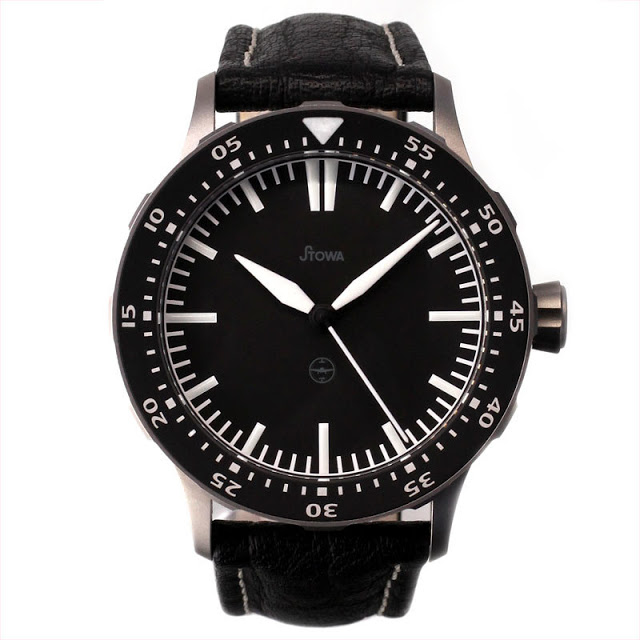 Stowa has developed a wristwatch that meets the technical standards set by FH Aachen for pilot’s watches known as TESTAF. Though the Stowa Flieger FO1 TESTAF looks similar to watches from Sinn, it has an interesting concept. The FO1 TESTAF was designed to meet the an established standard for pilot’s watches set by a well reputed German technical university, which is the likely reason for its generic aviator’s watch appearance. Technischer Standard Fliegeruhren (TESTAF), which means “technical standards for pilot’s watches, is a set of criteria developed by FH Aachen – Aachen University of Applied Sciences for aviator’s timepieces, in collaboration with Sinn. Watches must meet certain standards for readability and functionality, as well as pressure, temperature and shock resistance. For instance the watch must function well between -15 to +55 °C. More information on the TESTAF standards and test can be found on the FH Aachen TESTAF site. The watch itself has a 45 mm titanium case with a bidirectional rotating bezel held by screws. It is water resistant to 200 m. In order to meet the TESTAF standards for strap attachment, the lugs have screwed bars. And the movement inside is an ETA 2824.