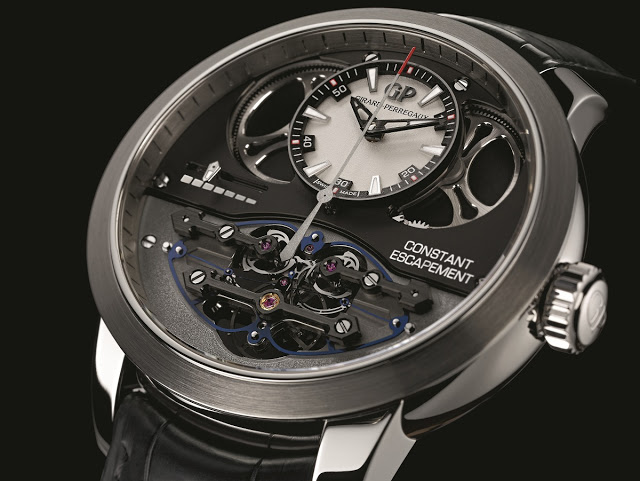 In addition to the silicon blade for the escape lever, the escapement also has twin escape wheels, each providing an impulse as the blade buckles in one direction.

In a nod to its history the new escapement has three arrow-shaped bridges modelled after the brand’s iconic Three Gold Bridges Tourbillon: one bridge for the balance and one each for each escape wheel. These are the most obvious classical elements in a modern looking movement with black PVD coated bridges. And the movement also has twin barrels, each with two stacked mainsprings, for a total of four mainsprings. This gives it a power reserve of about seven days, which is indicated on a linear power reserve at nine o’clock.

This runs at 21,600 bph, which is the natural frequency of the silicon blade. The case is white gold and 48 mm in diameter. The Constant Escapement will retail for about CHF100,000. – SJX