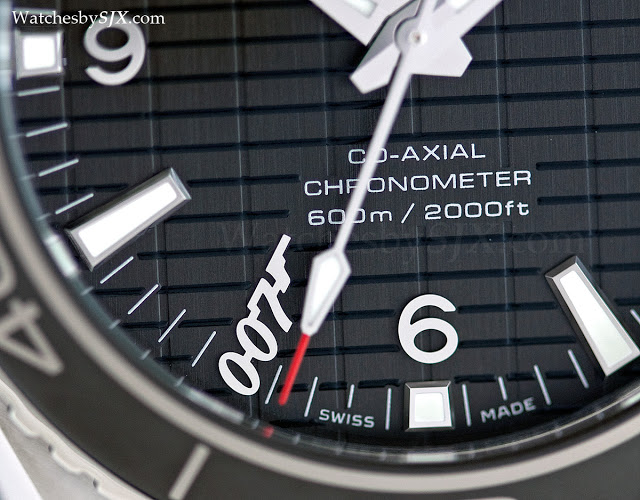 To mark the 50th anniversary of James Bond, Christie’s is auctioning off varied James Bond memorabilia, mostly trinkets but some notable items like Scaramanga’s golden belt buckle complete with bullets. Two sales will be held, with the first being an online sale that runs from 28 September to 8 October, with all proceeds going to Unicef.

Lot 37 of that sale is the rather grimy looking Omega Planet Ocean from Quantum of Solace, with an estimate of GBP6000-8000.

And on October 5 in London a unique, titanium Omega Planet Ocean worn in the upcoming 007 film Skyfall will be sold. It is Lot 45 and is similarly estimated to fetch GBP6000-8000.

Proceeds from the live auction will go to ORBIS. For fans who miss the watches on auction, there is the limited edition Skyfall Planet Ocean in steel.

A host of props, costumes and memorabilia from the latest James Bond film Spectre will soon go under the hammer to raise funds for various charities. Amongst the 24 lots are three wristwatches, including the Omega Seamaster 300 worn by Daniel Craig.