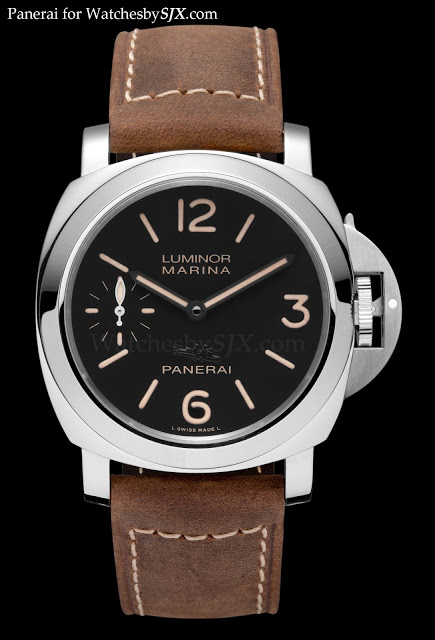 Panerai finally had the official opening event for its Singapore boutique at ION Orchard mall yesterday, after a couple of hiccups, though the store had opened to the public in November last year. Alongside the opening event Panerai unveiled the pair of Special Edition Luminors made for the Singapore boutique. These two boutique editions are similar to those made for Panerai boutiques in other countries – including the infamous New York edition PAM318 – save for the case back engraving. The first is the Luminor Marina 44 mm PAM432. This is the entry level Panerai with a steel case and ecru Luminova on the dial and hands.

At six o’clock on the dial there is a “pig” mini-submarine that I do not like. The Panerai watches I like best are simple, like the Luminor 1950 PAM372 or its cousin, the more recent PAM422. Fortunately the pig isn’t too obvious. Sometimes I wonder if Panerai intentionally mars the dials of its entry level models (e.g. the OP logo on the “logo” watches) to widen the aesthetic gap between these and the higher priced models.

The reverse has a laser engraved image of the Singapore skyline showing the skyscrapers in the business district. I am glad this motif was selected over some others that were initially considered. Singapore does not have a significant number of iconic themes that are suitable for a sports watch, so this is a good choice, even if it is not an incredibly outstanding image. 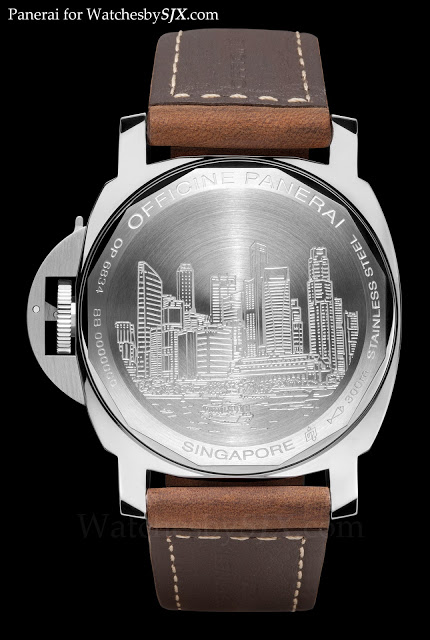 Overall the PAM 432 is an attractive watch in the classic Panerai style. Of the pair this is the one I’d pick. 200 pieces of the PAM00432 will be made and they will sell briskly. The second is a manifattura Luminor with an in-house calibre. The Luminor 1950 10 Days GMT PAM433 has the P.2003 automatic movement with 10 day power reserve and second time zone indicator.

Like the PAM432, this also has the same engraving of the Singapore business district on the case back. I’m not a fan of the Arabic numerals on the dial. 50 pieces will be made. 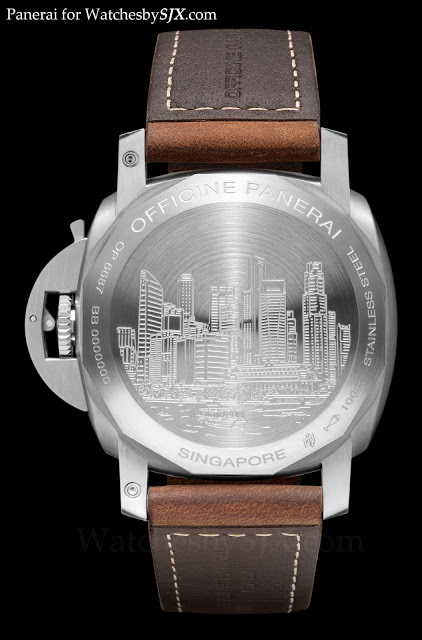 Both editions are exclusively available at the Panerai boutique at ION Orchard. For a Panerai fan in Singapore these are pretty hard to resist. – SJX 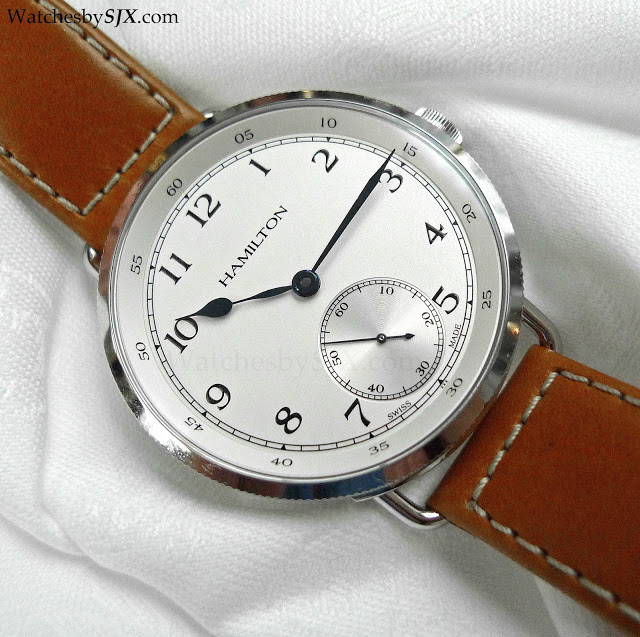 The Navy Pioneer is modelled on the marine chronometers Hamilton supplied the US Navy with during the Second World War (when it was still an American, rather than Swiss, company). Several companies have made wristwatch versions of marine chronometers or deck watches, but the Khaki Navy Pioneer is by far the most interesting.  The dial is an attractive matte, grained silver with blued steel hands. Both the dial and hands are of high quality, higher than other Hamiltons of recent vintage. The dial printing is sharp and even, while the hands have a rounded profile and a deep blue colour. But the obvious “Swiss Made” at six o’clock is a bit jarring for those who understand the history of the brand though.  A nice addition would have been a power reserve at 12, like the marine chronometers of old. As it is now the dial looks more like a deck watch than marine chronometer. But the standout feature of this watch is the fact that it can be set into the gimballed box as a desk clock, or worn on the wrist. Unlike other convertible wristwatches which have inordinately clunky mechanisms, this is accomplished with a simple yet brilliant idea that is easy to use and also minimises the case height. 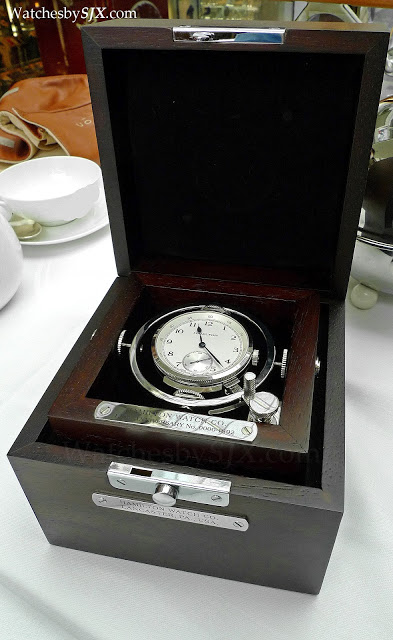 The locking mechanism works with a twist and lock, like that of a camera lens. It even has a red dot on the case holder like a camera, to indicate where the crown should be positioned to lock in the watch. This is an elegant idea that works very well; the watch head locks with a reassuring click. Once locked it sits securely, with no rattling. A little imagination can go a long way. Though it’s 46.5 mm the case doesn’t appear unreasonably large. The case is entirely polished with knurling on the bezel for grip when locking or removing the watch head. The back is laser engraved with lots of text; I would have prefered a brushed finish on the back which not only looks more refined but helps hide scratches. 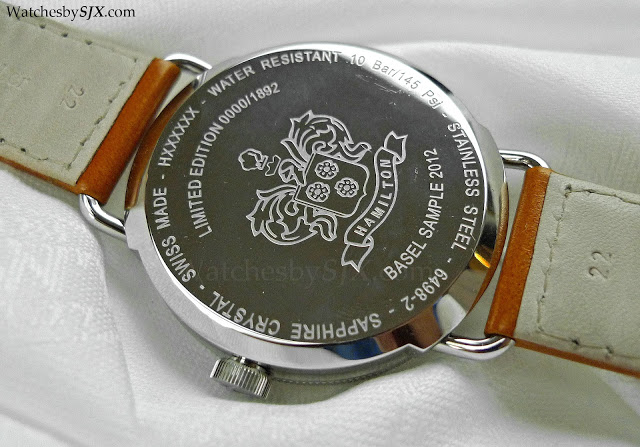 The only downside I can imagine is the sewn-in strap. On the prototype there appeared to be no way of removing it. But I will post more info on the strap once available. The strap works well enough but I expect many buyers would want to change the strap. The movement is a Unitas 6498. It is decorated but in an industrial fashion in keeping with a watch of this price point. The retail price in Singapore will be S$3820, or about US$3100. 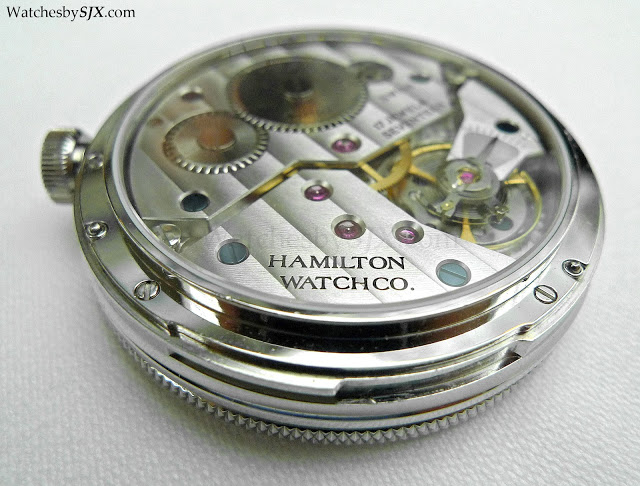 Hamilton also unveiled a regular production 42 mm version with date containing an ETA 2892, but this doesn’t have the presence or dial balance of the larger limited edition.

Only 1892 pieces of the Khaki Navy Pioneer will be made. Given the price-quality ratio I expect them to sell very well. Lots more pictures follow below. – SJX 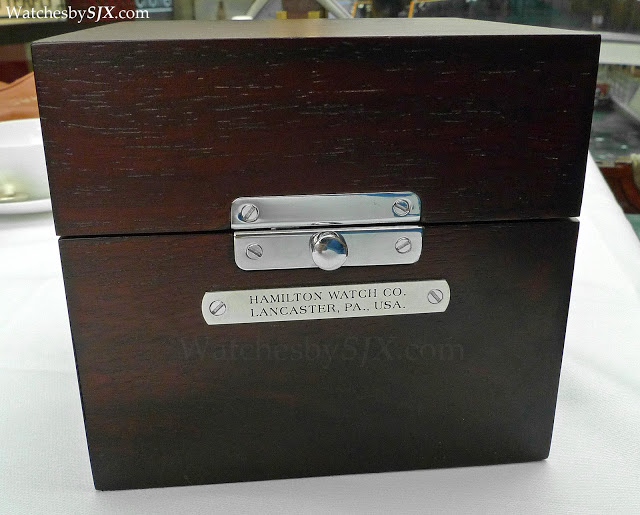 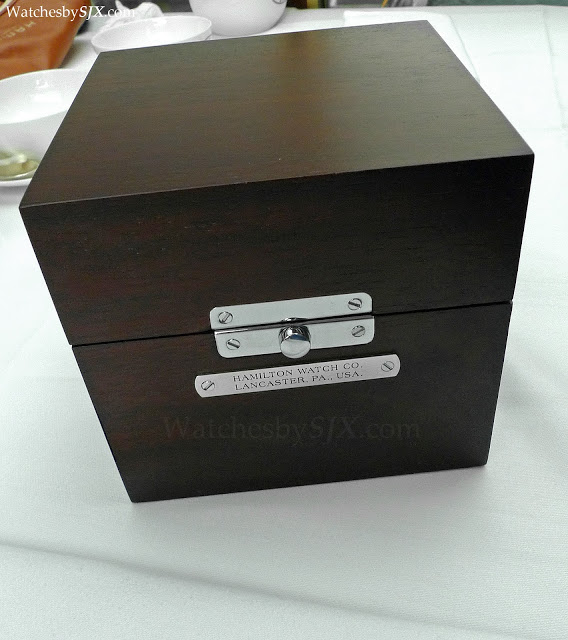 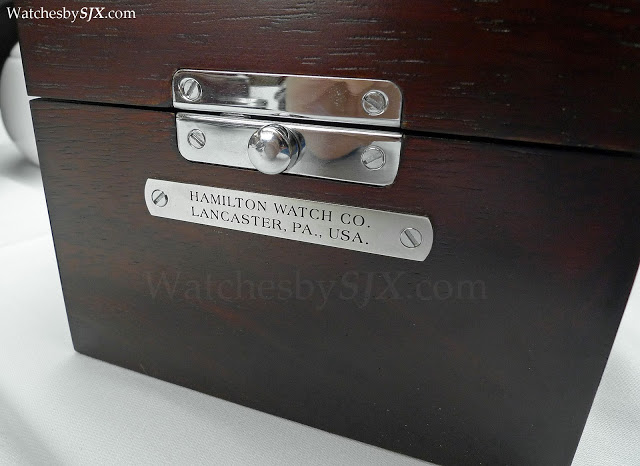 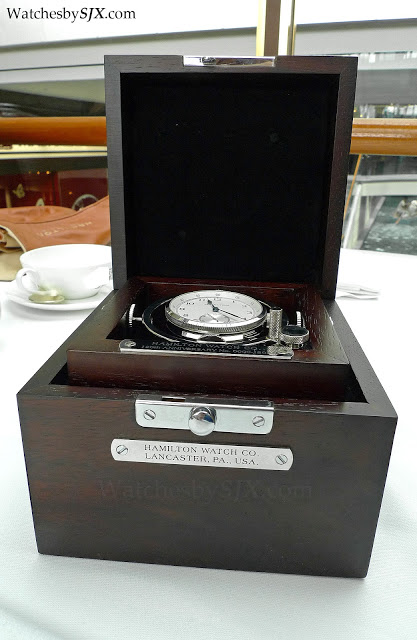 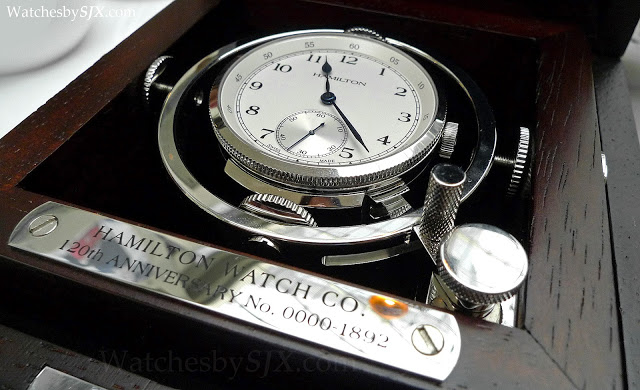