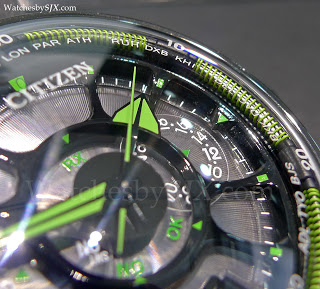 Several Swiss papers including L’Agefi just published the news that Citizen Watch of Japan has acquired La Chaux-de-Fonds based Prothor Holding SA, owner of movement specialist La Joux-Perret (formerly Jaquet SA), component maker Prototec as well as the brand Arnold & Son. The deal value was CHF64 million and expected to complete in April, according to The Deal Pipeline. Citizen is buying the company from 20 current owners who are private investors, including management. The article goes on to say surrent management led by CEO Frederic Wenger will remain. Intuitively the CHF64 million price tag seems like a good deal; but I do not know the details of La Joux-Perret’s finances. La Joux-Perret’s clients include many of the Swiss industry’s big names like Hublot, Panerai, Graham, Baume & Mercier, Corum and TAG Heuer. One of the movements La Joux-Perret is known for is the modified Valjoux 7750, to include flyback, rattrapante or tourbillon. Citizen excels at high-end electronic watches like the $4000 Satellite Wave Eco-Drive but is lacking in high-end mechanical (though it is a big maker of low-end mechanical movements under the Miyota label). Citizen’s last major purchase was Bulova in 2008, but that is a decidedly low to mid market brand.

The brand has already made progress in making higher end mechanical watches with its The Citizen automatics, but this will certainly take it to another level. Interesting to see what the future holds.