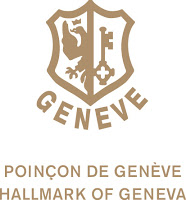 Last year in my conversations with several executives of Geneva based brands the topic of upcoming changes to the Geneva Seal was often mentioned. The criteria for the seal had not changed in many years and it was losing prestige bit by bit, especially after Patek Philippe abandoned it in favour of its own Patek seal.  Finally the changes have been announced by the Geneva Laboratory of Horology and Microengineering, also known as TIMELAB, which administers the Poinçon de Genève, at a press conference in Geneva yesterday.

Details of the changes to the seal are available on TIMELAB’s site in PDF format. These changes, driven by brands like Roger Dubuis and Cartier, bring the Geneva Seal in line with Qualite Fleurier, which though impressive never gained widespread acceptance. So this leaves COSC as the other major certification that has yet to change.