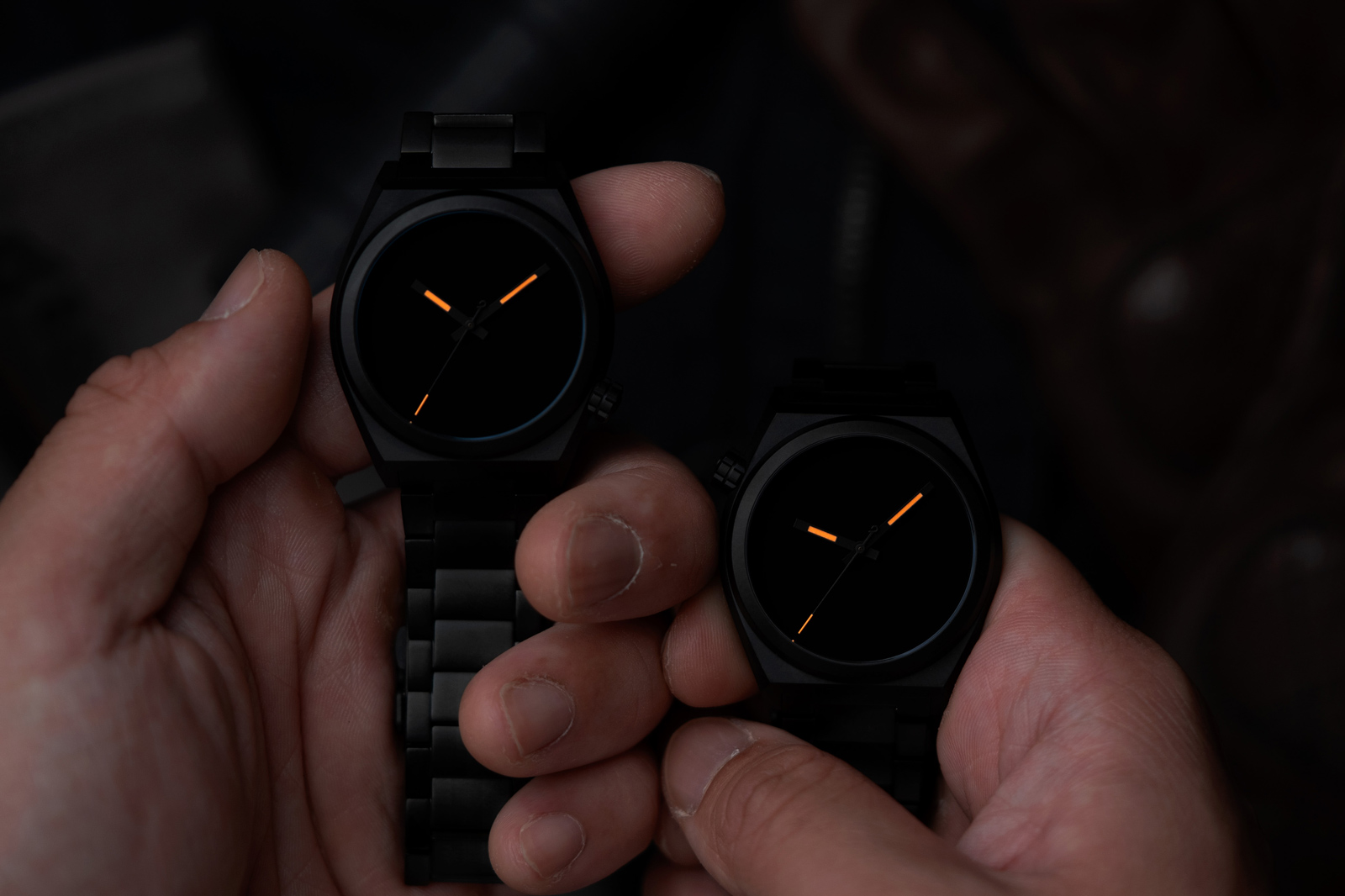 Founded by a group of watch enthusiasts from Singapore and Malaysia, Boldr Supply Co. first got off the ground on crowdfunding platform Kickstarter like many of its peers. Now best known for its affordable sports watches, the brand’s latest has a titanium case containing Seiko movement, but the highlight is something else, or more specifically, nothing else.

The Venture Singularity has a dial of infinite blackness thanks to a coating of Musou Black, which absorbs 99.4% of incident light. Made by a Japanese company, Musou Black is similar to better known Vantablack in being blacker than black. 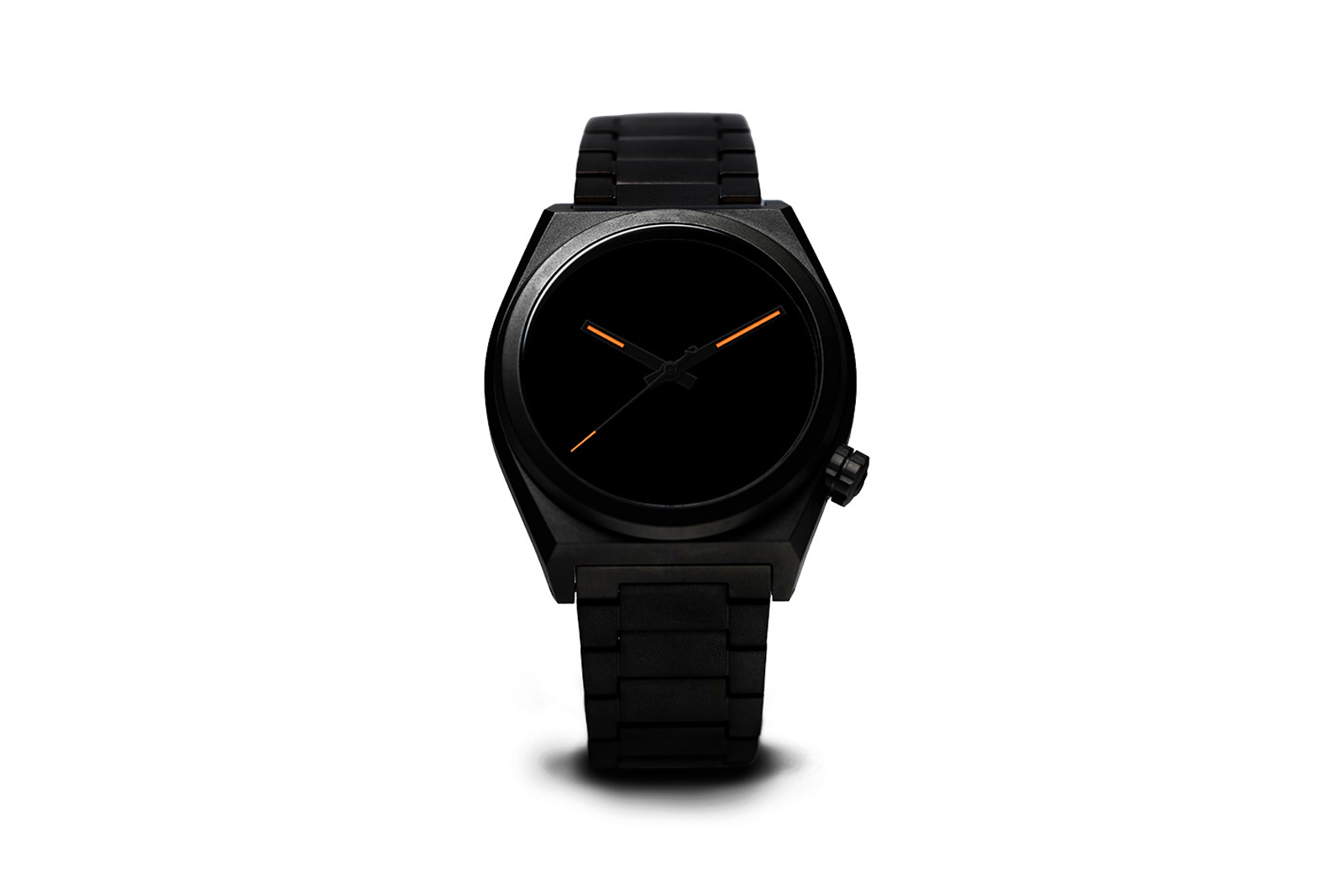 Boldr nails it again with another affordable and fun watch, but the Singularity stands out for its value proposition, one that’s arguably better than Boldr’s other offerings.

As watches with ultra-black dial go, this has little competition – comparable watches usually cost much, much more. Boldr isn’t the first microbrand offering such a dial at a modest price but the Singularity is an unusually complete package with its lightweight titanium case and bracelet, along with a useful 200 m water resistance. 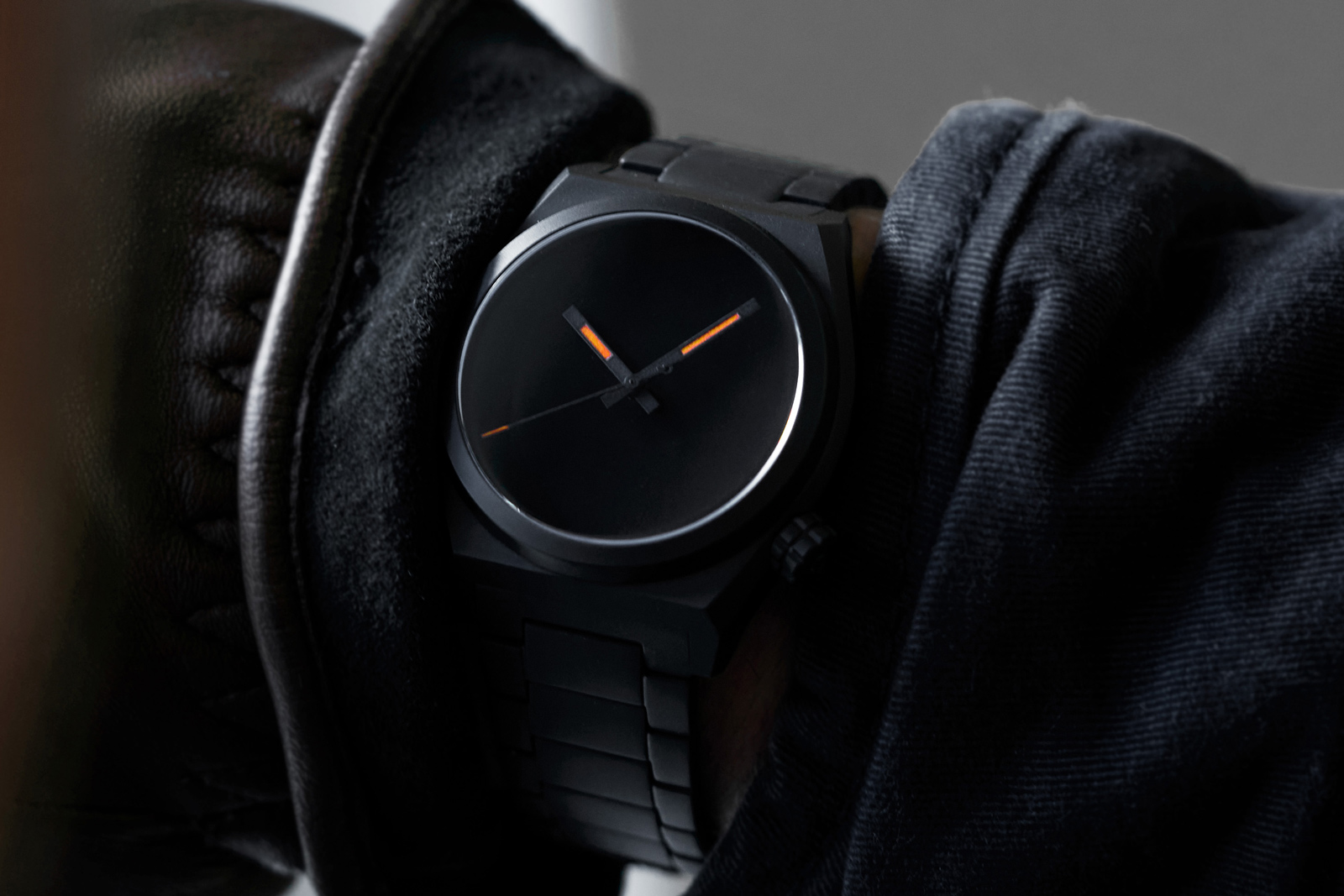 Granted, the Singularity still looks and feels like it price aside from the dial, but it is something novel amongst watches that are very accessible. Priced at US$445, the Singularity unsurprisingly sold out quickly when the first batch went on sale. But it’s not a limited edition and pre-orders for the second batch are now open with delivery starting in January 2023. 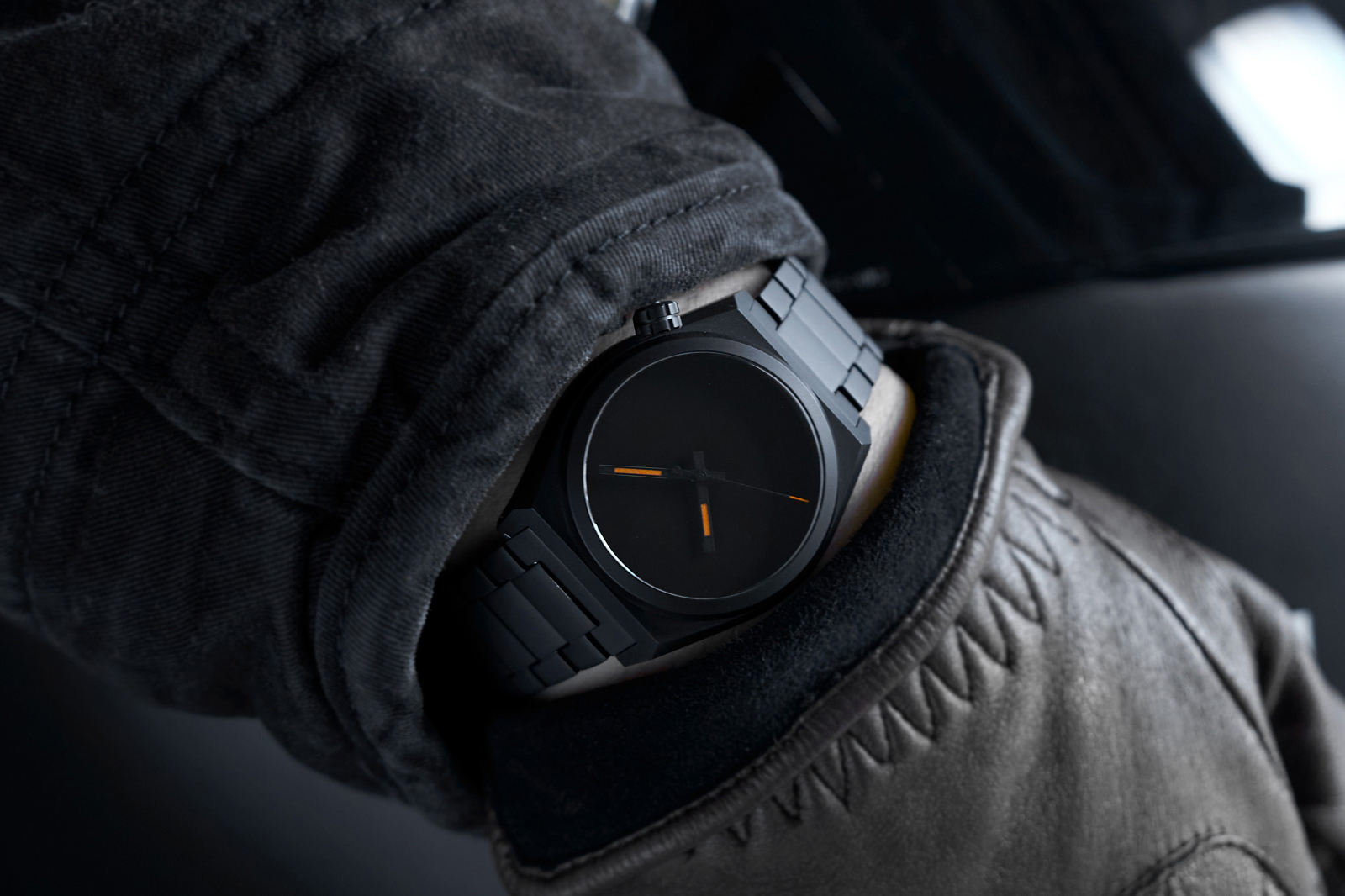 Though the Venture Singularity has a striking aesthetic, it’s surprisingly compact at just 38 mm, an unusual size for an all-black watch, since such watches tend to be oversized and sporty. Together with the lightweight material, it means the case is wearable for most wrists.

The case is, however, a thick at 12 mm, but the rugged design with thick, angular lugs makes the height acceptable. And because the lugs flow into the case, the bracelet appears to be an integrated, though it is actually a conventional bracelet that can be easily removed and replaced with a strap. 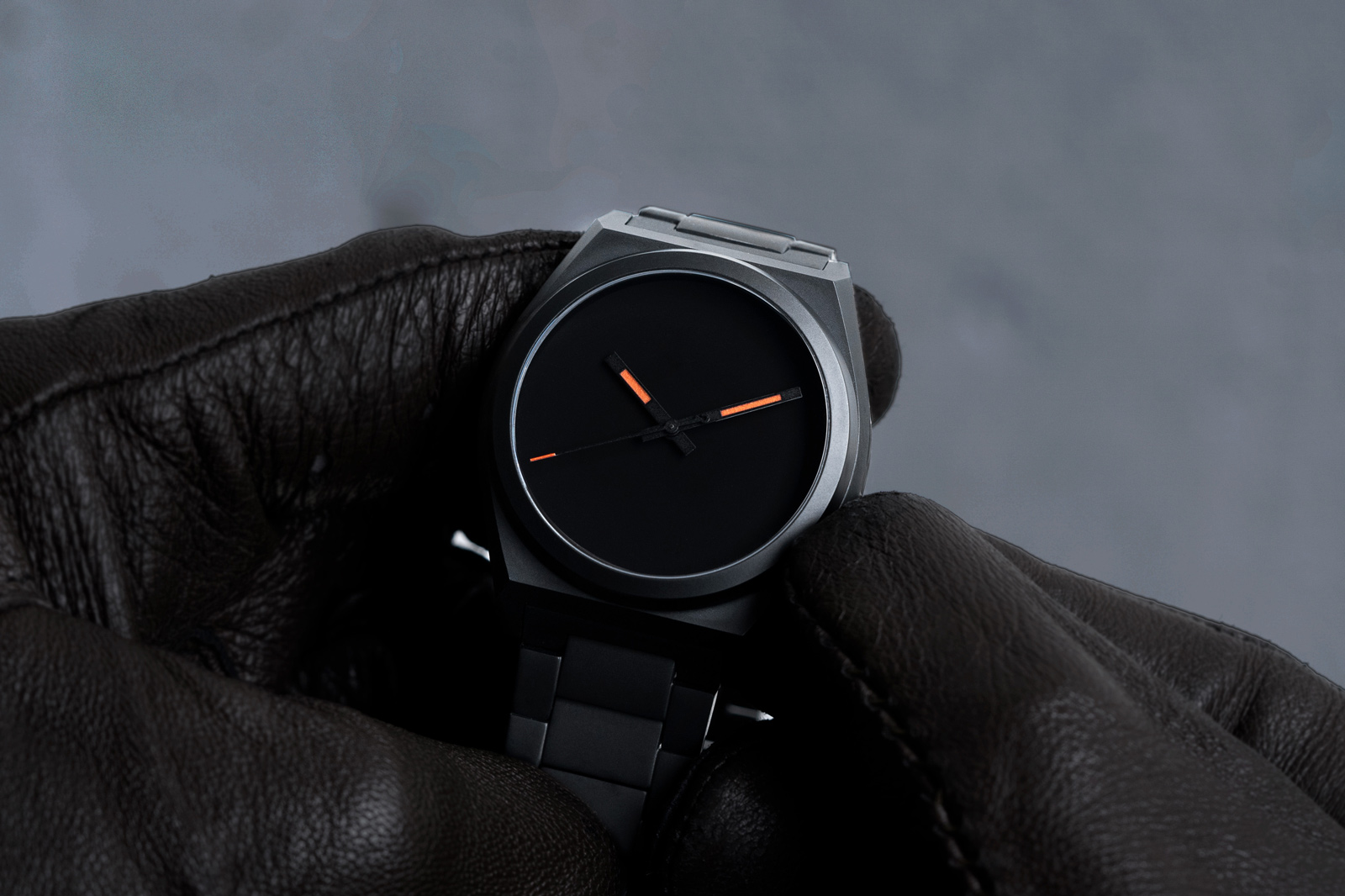 As is expected, the bracelet and case is not as black as the dial, since they are finished in a conventional PVD coating and not the Musou Black on the dial that is is too fragile for external components.

Developed by Koyo Orient, a Japanese company that manufactures light-absorbing materials for optical equipment, Musou Black absorb 99.4% of incident light, marginally less than the 99.96% of achieved by Vantablack .

But that’s still enough to create an unsettling effect of deep nothingness. To maximise the effect the dial has no markings on it, with only orange-tipped hands to indicate the time.

Under the solid titanium back is the Seiko NH35A, a reliable and affordable automatic movement that beats at 21,600 vibrations per hour and has a power reserve of 41 hours. 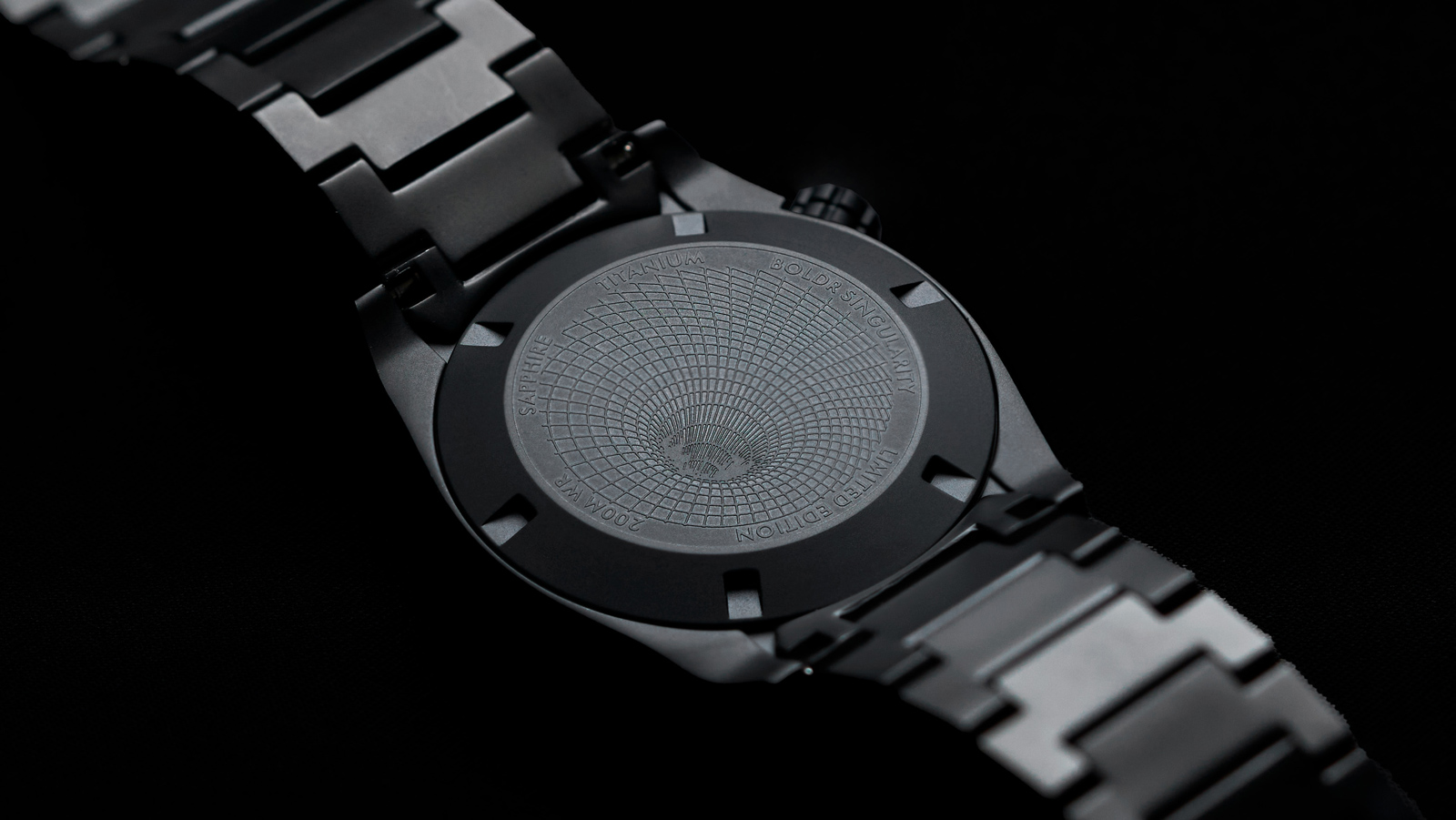 Limited edition: No
Availability: At Boldr’s online store or authorised retailers
Price: US$449, or 652 Singapore dollars