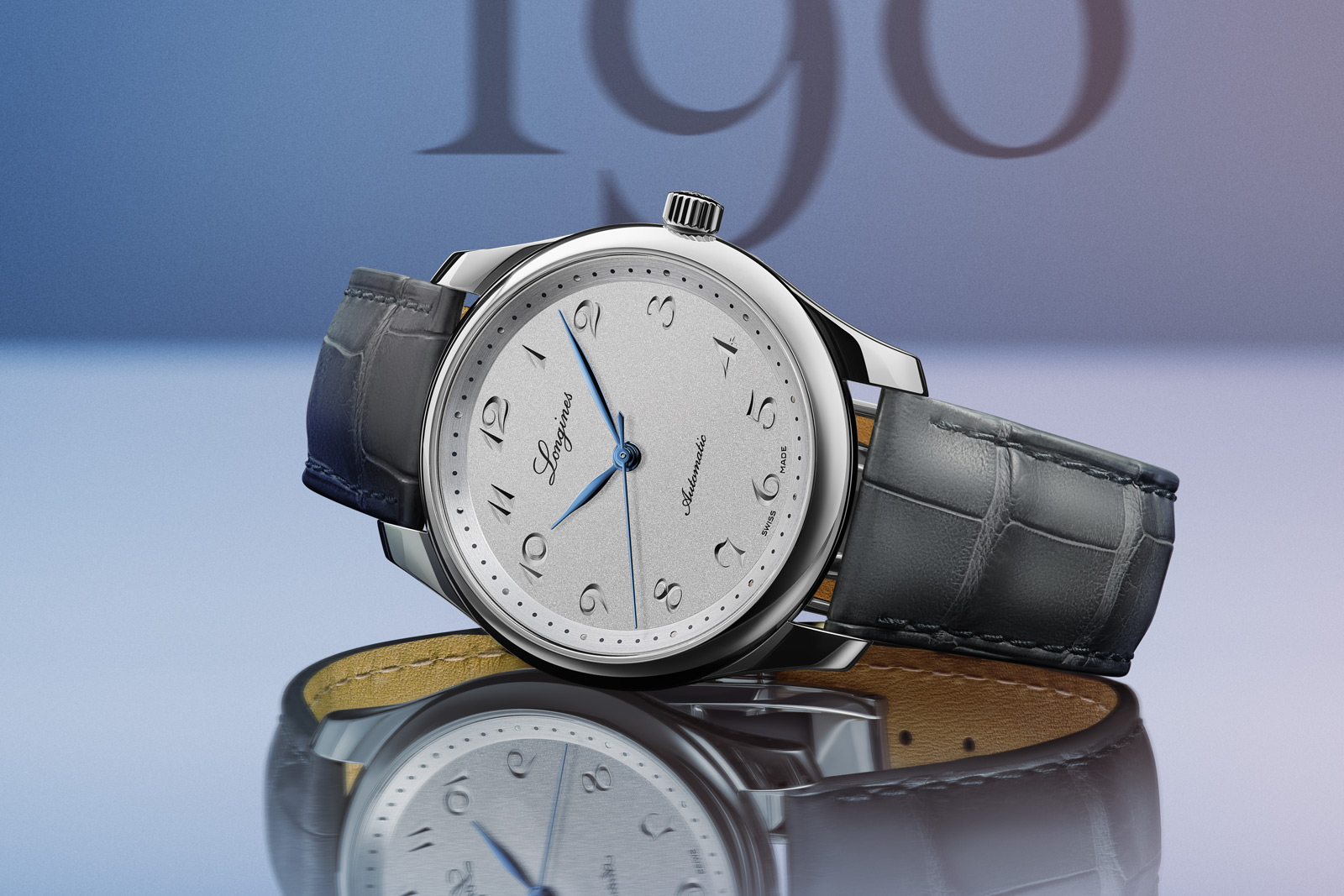 While it isn’t common knowledge, Longines now 190 years old, making it the longest-established of the seven biggest brands in Swiss watchmaking, besting even its sister company Omega. Historically known for its top-quality chronographs and time-only chronometers, Longines has unsurprisingly delved into its archives to mark the anniversary.

The brand has just taken the wraps off the Master Collection 190th Anniversary, a three-hand wristwatch with an unusually elaborate dial for a Longines. And as expected for a commemorative model, it is available not only as a regular production model in steel, but also also a pricier limited edition in yellow or rose gold. 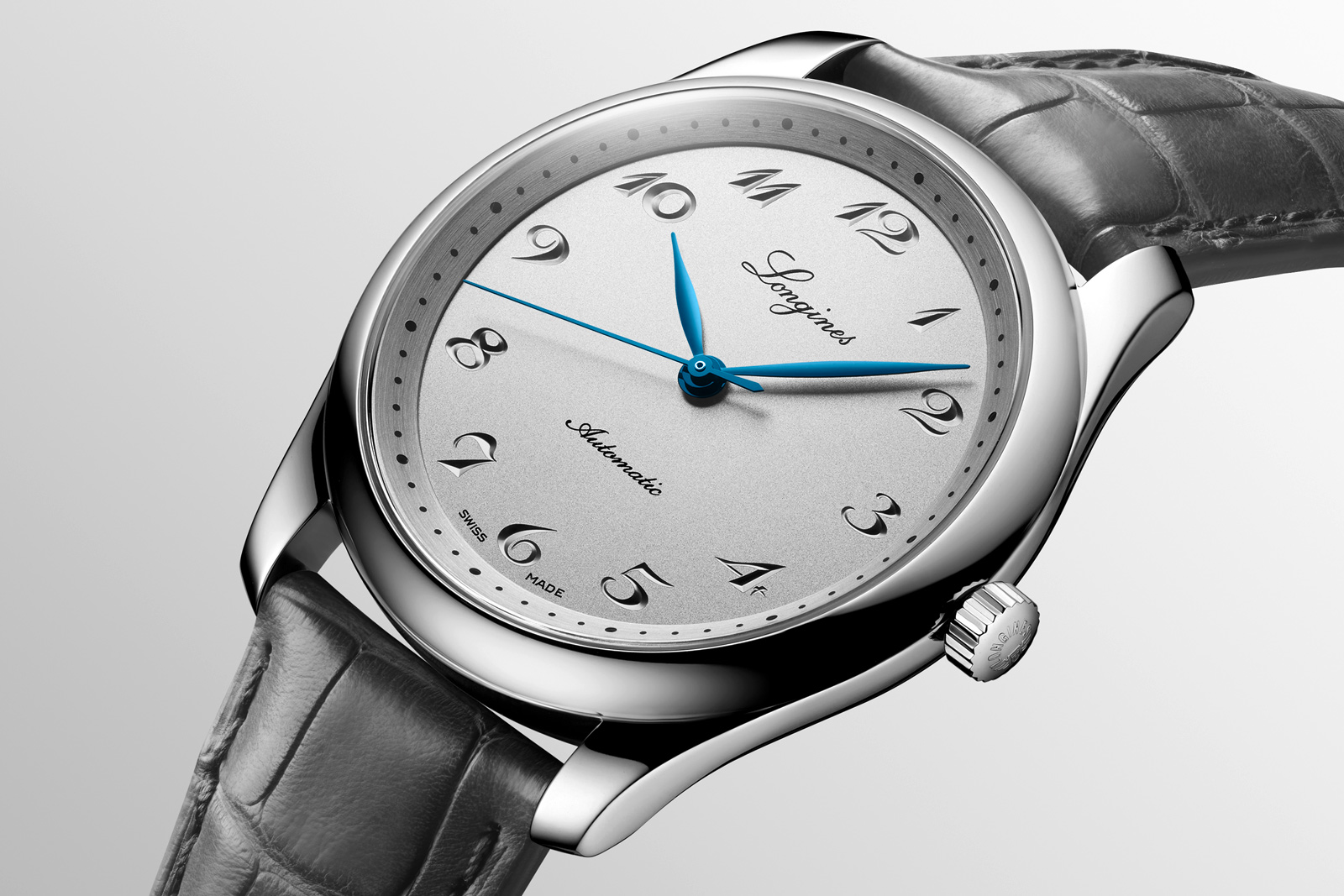 The steel version with blued steel hands is an affordable US$2,400

With compact proportions and an elegantly detailed dial, the Master 190th Anniversary blends various elements drawn from watches of the mid 20th century, giving it an easy appeal. That said, the aesthetics of the Master anniversary are not exactly original – it does bring to mind a variety of other watches.

While it’s definitely a vintage-style watch, the Master anniversary is not a reissue – a feat for Longines, a brand that already has several dozen reissues in its catalogue. I find the dial of the new Master more attractive than most of the actual remakes in Longines’ Heritage collection. Those watches typically have good fit and finish, but the anniversary Master is a marked improvement and enhanced by flourishes like the engraved hour numerals. 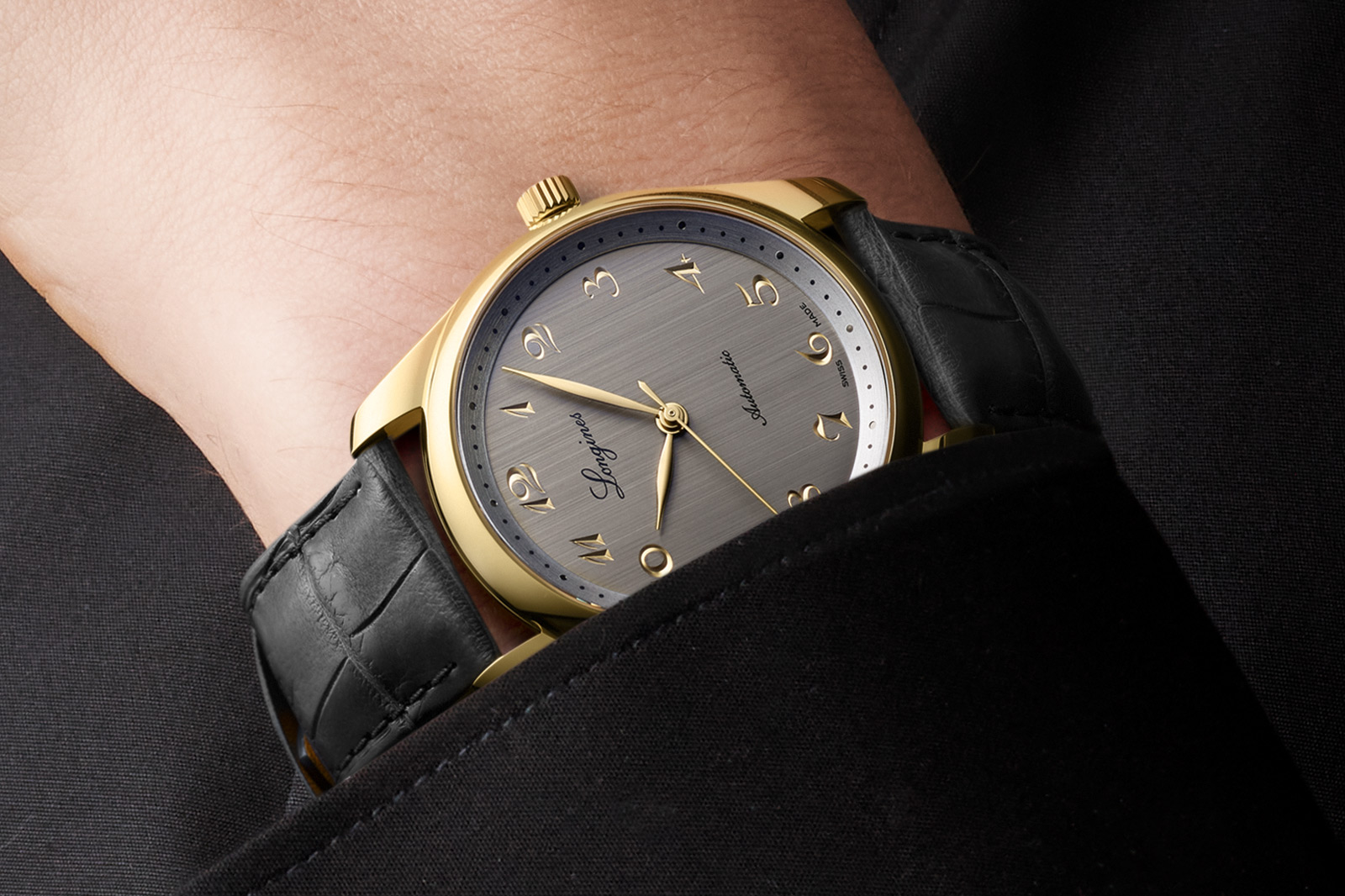 The engraved markers add depth and a feel of artisanal decoration, though they are done by machine

In terms of value, the steel version is unquestionably the winner at US$2,400. Considering the automatic, three-day movement and the engraved dial, the steel model is well priced, even against the keenly-priced competition.

But the limited edition gold models cost a whopping US$12,000, certainly expensive by Longines’ standards though more or less on par with comparable watches by other brands. But at that level the choices are many, making the gold models less compelling. 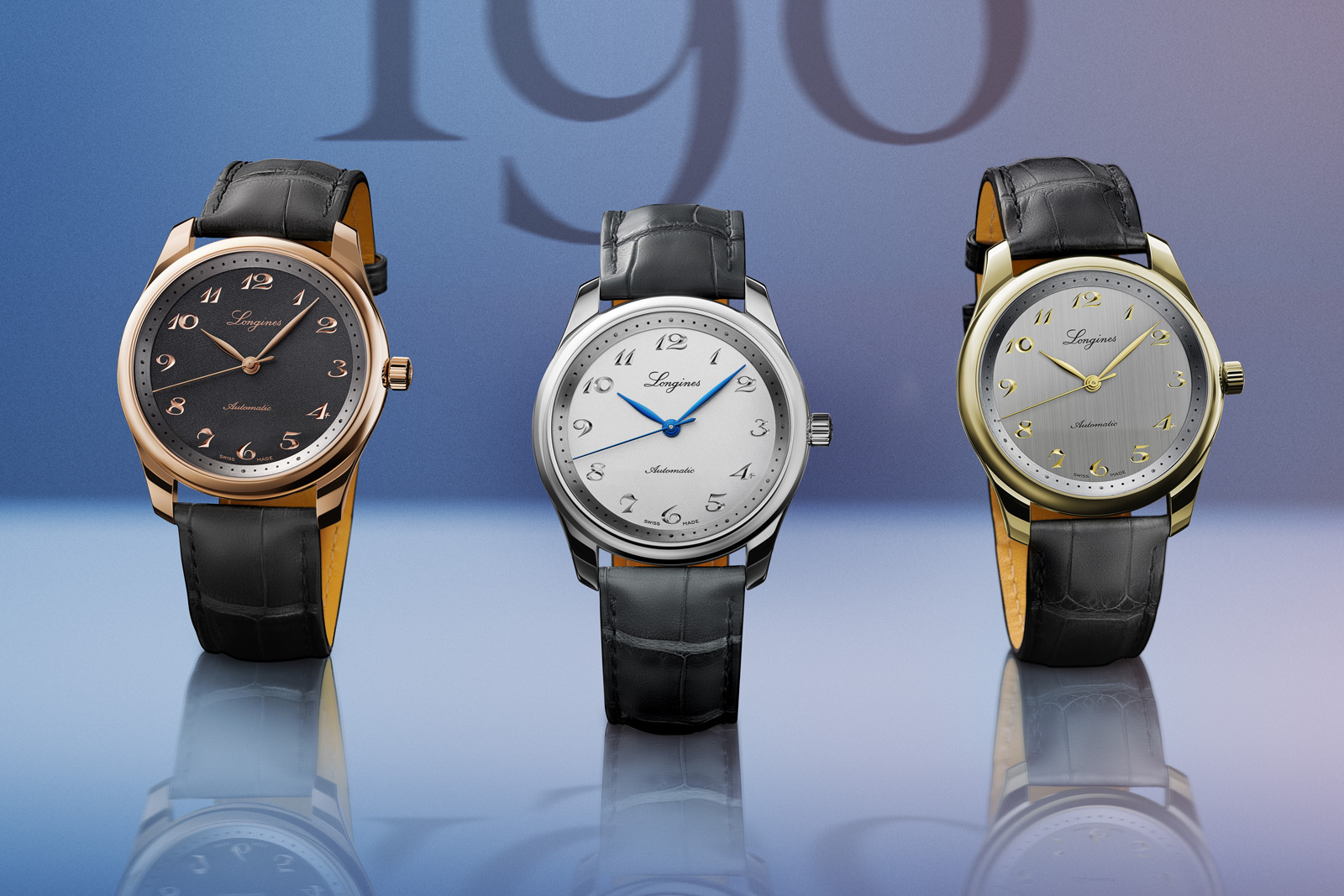 The Master Collection is a diverse lineup ranging from from a time-and-date base model to an annual calendar. Nevertheless, the line largely sticks to the same formula, namely a simple case with a polished finish, a stamped guilloche dial bearing Arabic numerals.

The anniversary model, however, does away with the complications, even the date. At the same time, the printed text on the dial has been dialled back and executed in italic typography for a more classical look. And to set it apart even more from the standard offerings, the anniversary models replace guilloche with subtle surface texturing, either straight graining or granular frosting. 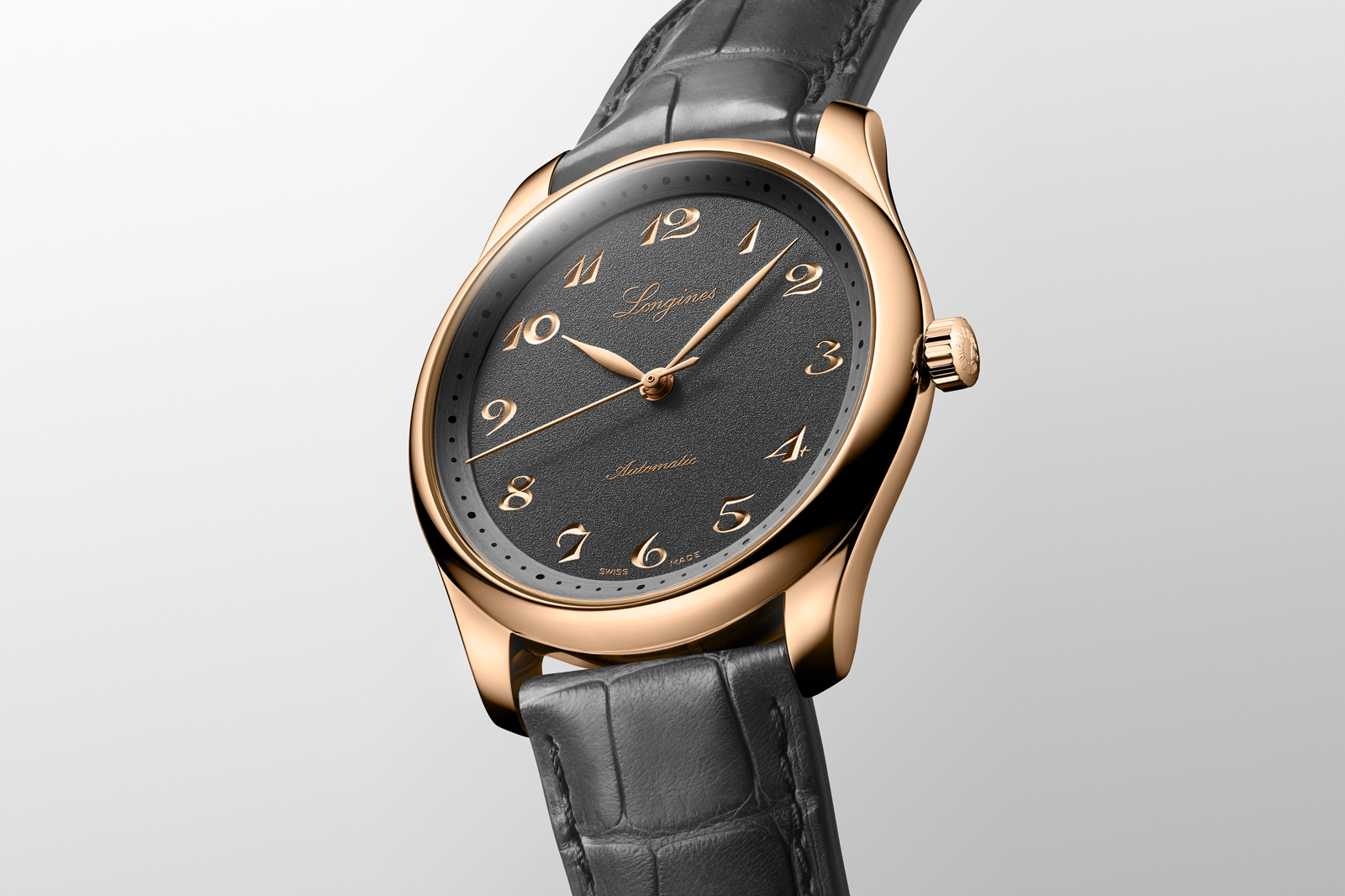 While the changes would seemingly make for a plainer dial, the anniversary edition is actually more striking, largely thanks to the elaborate hour numerals. Instead of being printed as is the norm at this price point, the numerals are engraved in a deep, distinct manner that mimics hand engraving. The precise engraving of the hour numerals is impressive and possibly unrivalled at this price. 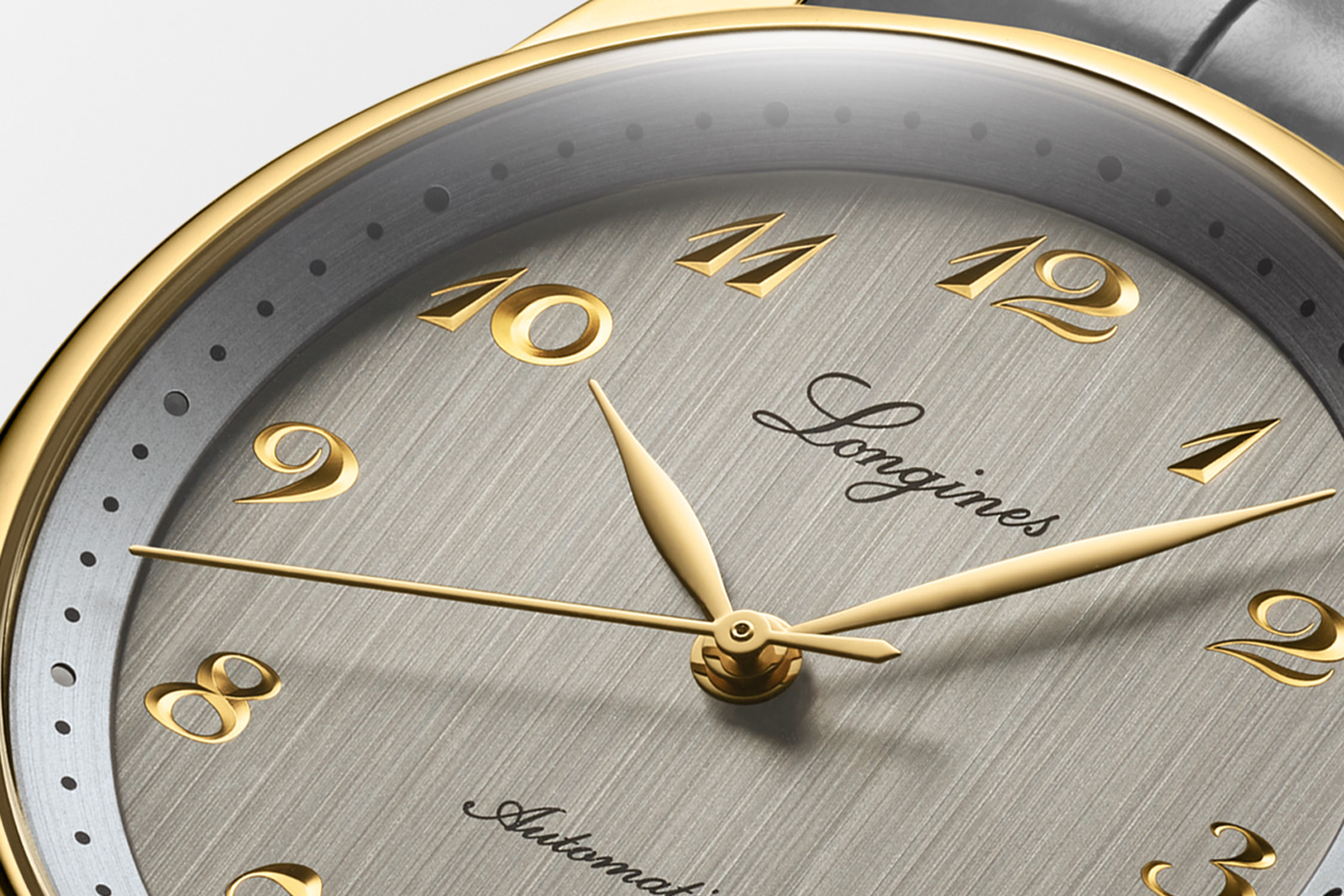 The hour numerals are done in the Breguet style 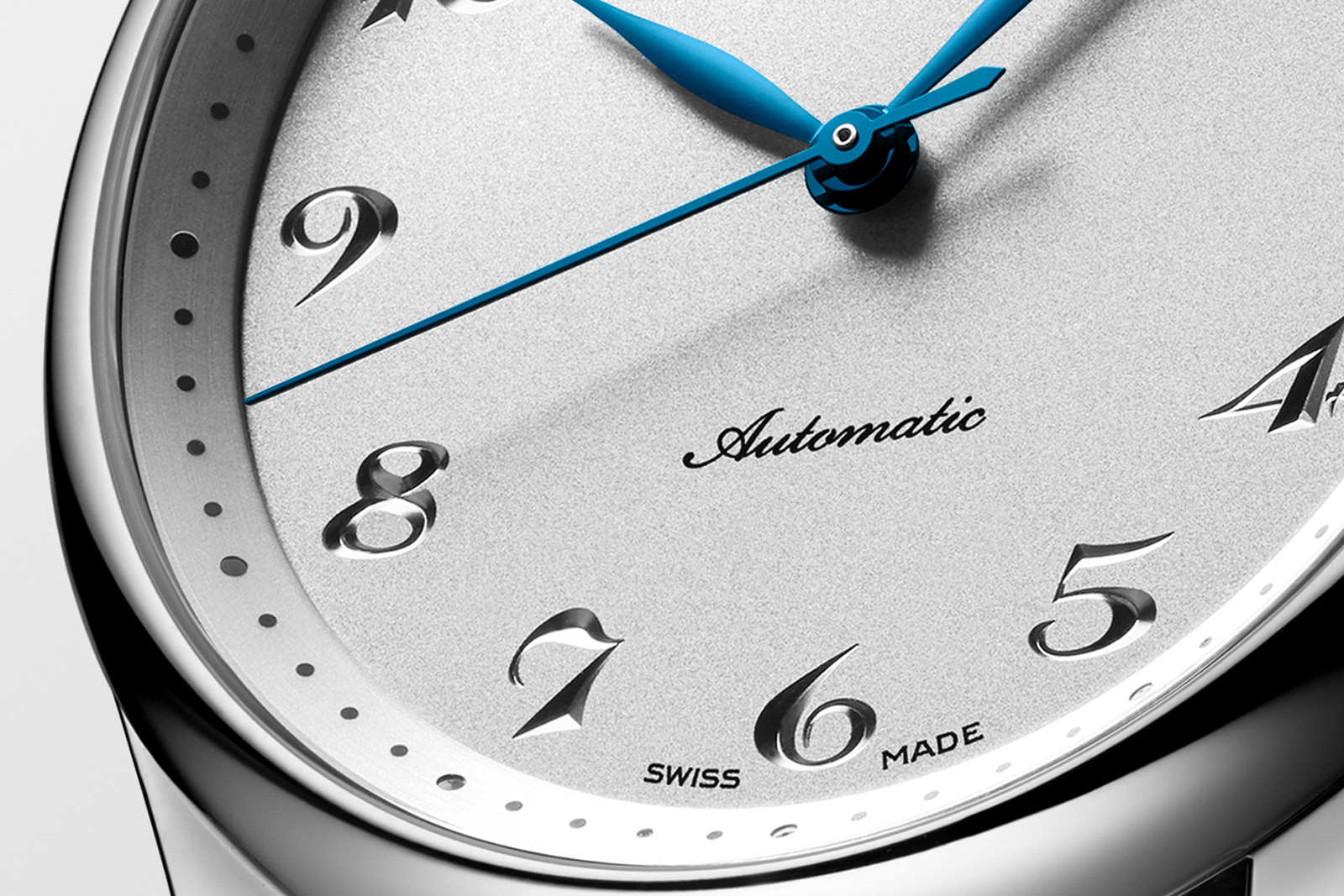 Inside the watch is the L888.5, an ETA movement exclusive to Longines that has a silicon hairspring for better resistance to magnetism along with a practical power reserve of three days. Being based on the ETA 2892, the L888.5 is thin enough to make for an elegant watch, resulting in a total case height of just 9.35 mm. 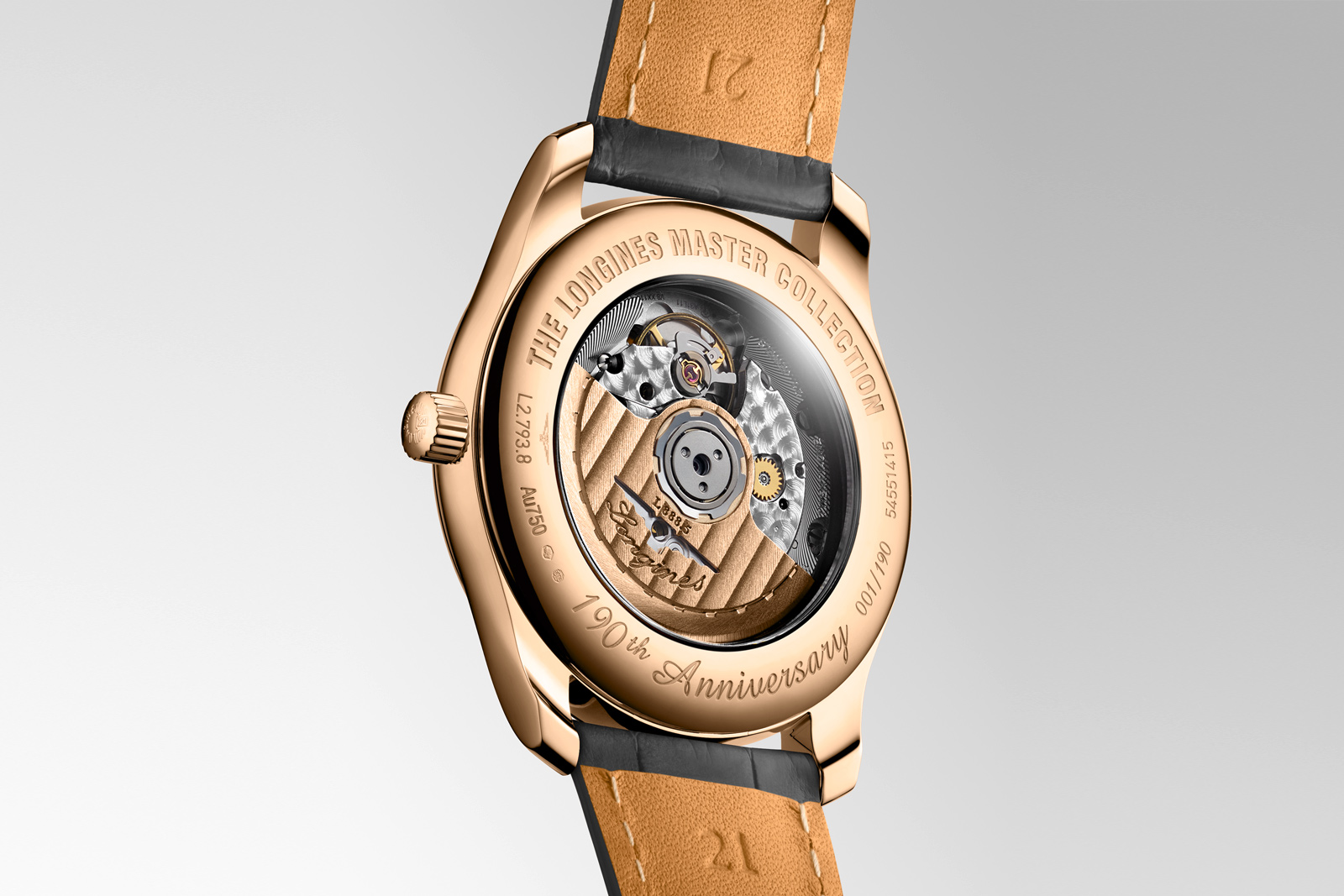 Limited edition: 190 pieces in each colour of gold, steel model is regular production
Availability: At Longines boutiques
Price:
Steel – US$2,400, or 3,420 Singapore dollars
Yellow and rose gold – US$12,000, or 17,170 Singapore dollars