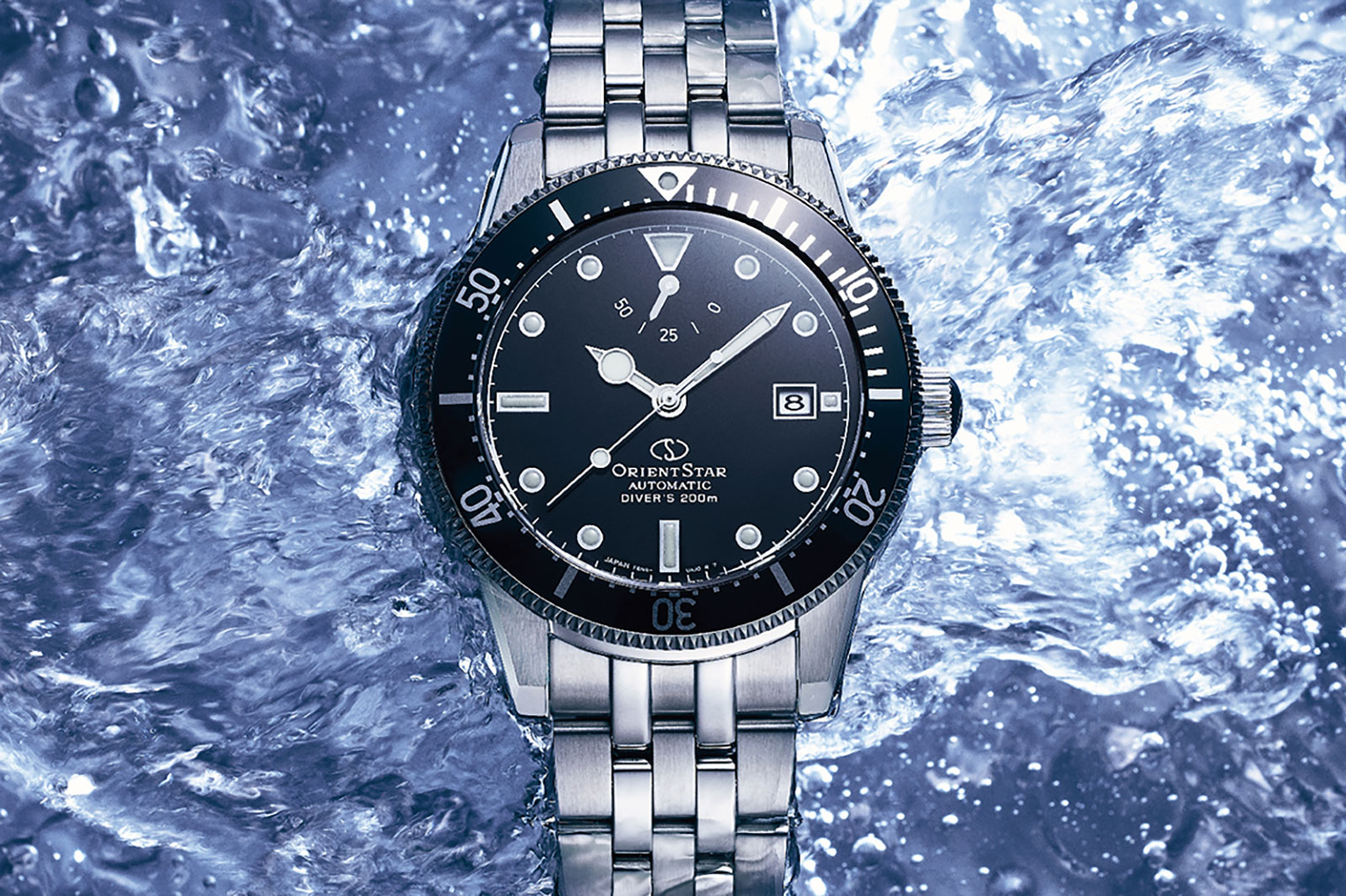 Launched last year as a limited edition with a steel bezel insert, the Orient Star dive watch is returning as a regular-production model. Powered by an in-house automatic movement with the brand’s signature power reserve indicator – an uncommon but useful complication for a mechanical dive watch – the Diver 1964 2nd Edition will be available in two dial colours matched with an anodised aluminium bezel insert. 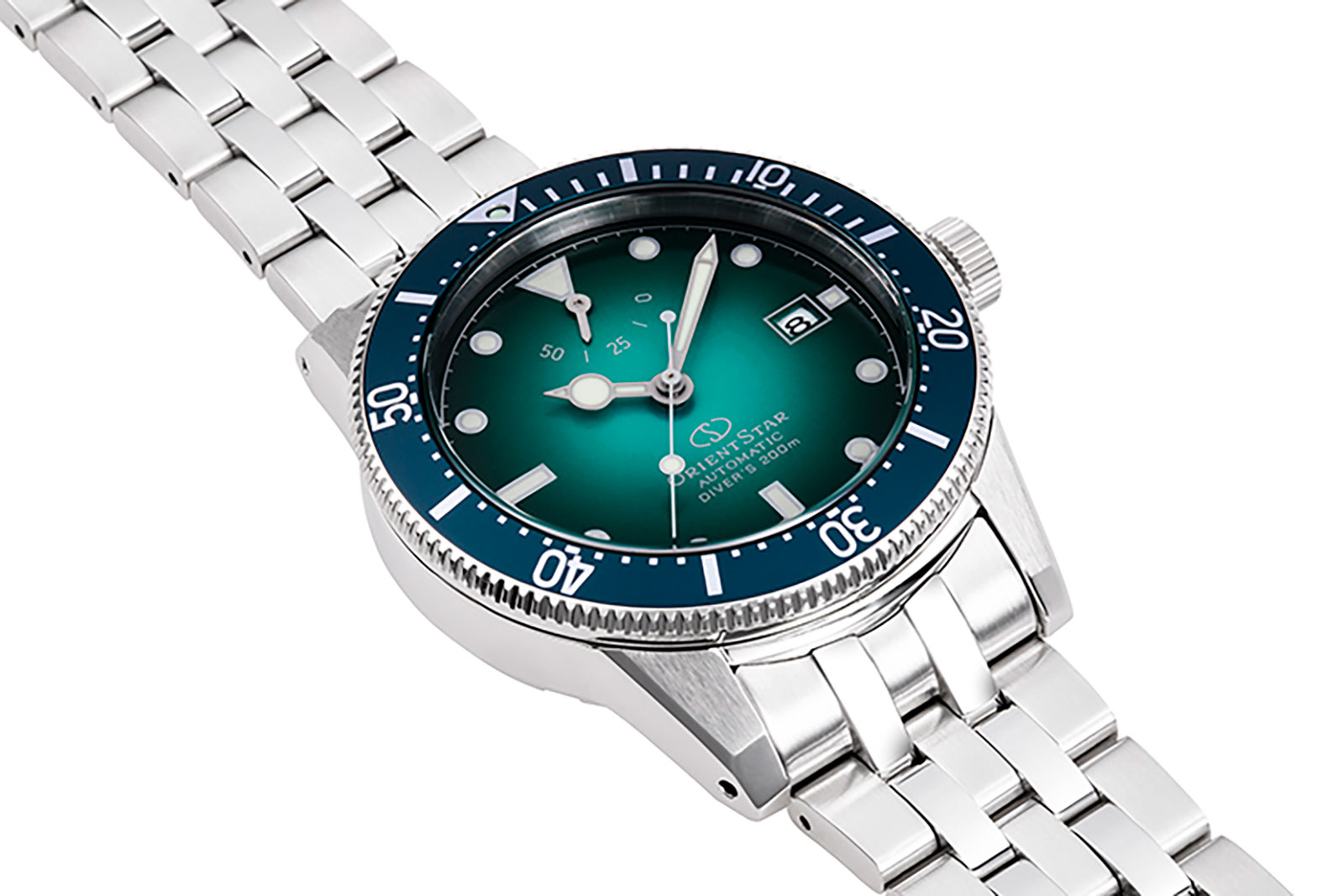 A struggling, publicly-listed watchmaker until it was rescued by Seiko Epson in 2001, Orient is now a subsidiary of the printing giant. Primarily focused on affordable watches priced at several hundred dollars, Orient also offers more upscale models under the Orient Star label, which encompasses the Diver 1964 2nd Edition.

The new diver is essentially identical to last year’s limited edition, save for the dial and bezel insert. While the black dial doesn’t differ much, the green dial is a totally different look that’s a useful option for someone looking for something less plain.

Because it has the same case as last year’s model, the 2nd Edition feels identical. It’s robustly constructed with a surprisingly solid bracelet. The feel in hand is definitely one of a “tool” watch. That said, the case is a thick 14.5 mm high, almost too thick with the 41 mm case. As a result, the watch feels bulky and top heavy. 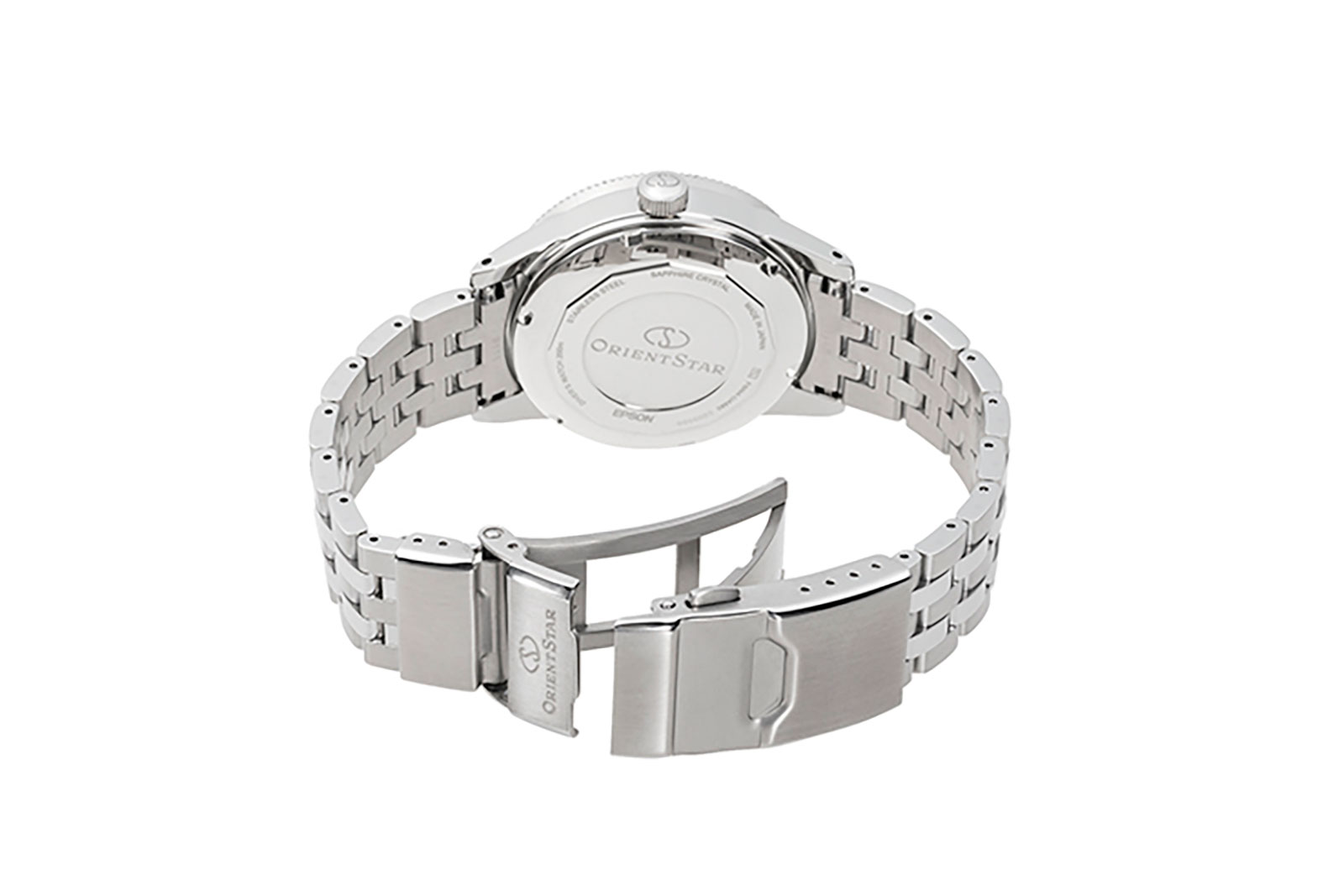 The Orient Star diver is comparable in quality to similarly priced Seiko Prospex dive watches, which means the value proposition is good enough. While it is well priced, the watch is competing in a crowded segment, though the power reserve indicator sets this apart from the competition in both aesthetics and mechanics.

The dial of the 2nd Edition is modelled on the Calendar Auto Orient, a 1964 sports watch that had a similar dial although no power reserve indicator.

An assurance that the watch won’t stop underwater, the fan-shaped power reserve display at 12 o’clock is almost synonymous with the brand, which debuted its first model with the complication sometime in the mid 1990s. Since then, most of its offerings have included a power reserve indicator, regardless of design or price. 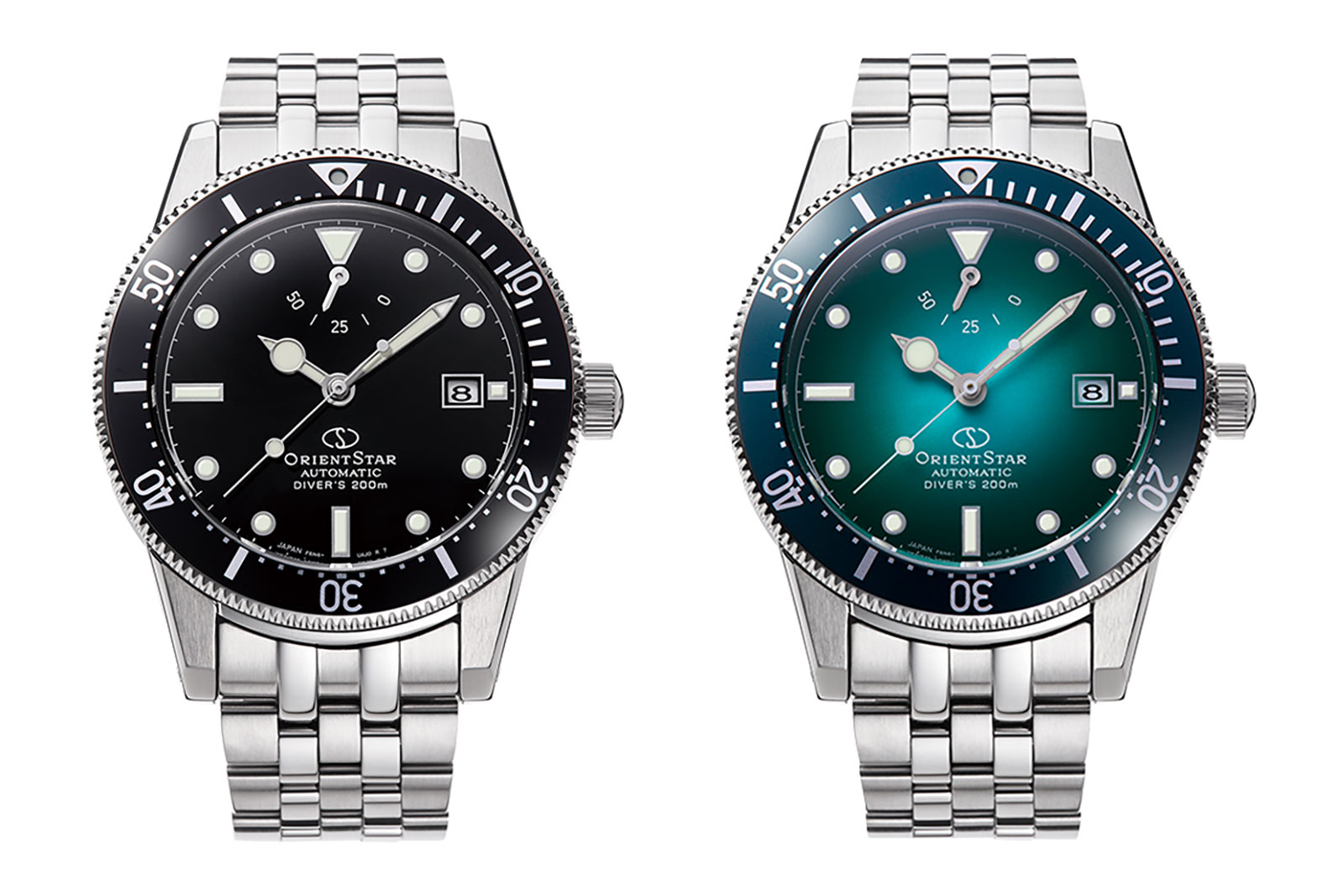 Even though the power reserve display has been a constant in Orient’s catalogue for almost three decades, the brand has upgraded its movements over time. Both editions of the Diver 1964 are powered by the F6N47, a newish calibre that has hack seconds and hand-winding capability, both of which were often missing in the brand’s earlier calibres. 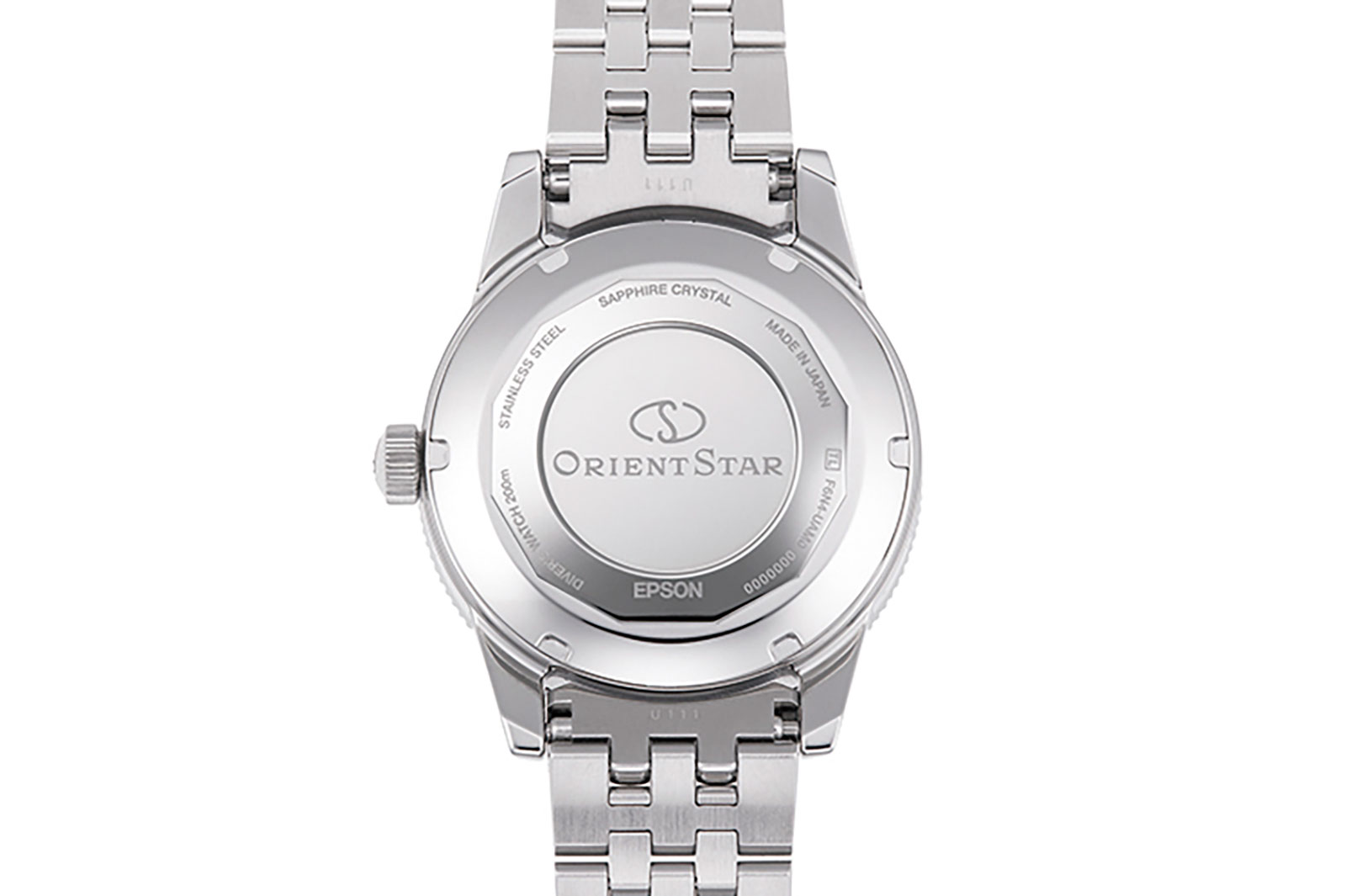 Correction August 2, 2022: The beat rate of the movement is 3 Hz and not 3.5 Hz as indicated in an earlier version of the article.

Correction August 26, 2022: Orient is owned by Seiko Epson, a company independent of other Seiko group companies, though Seiko Epson counts amongst its significant shareholders Seiko Holdings and the Hattori family that founded Seiko.