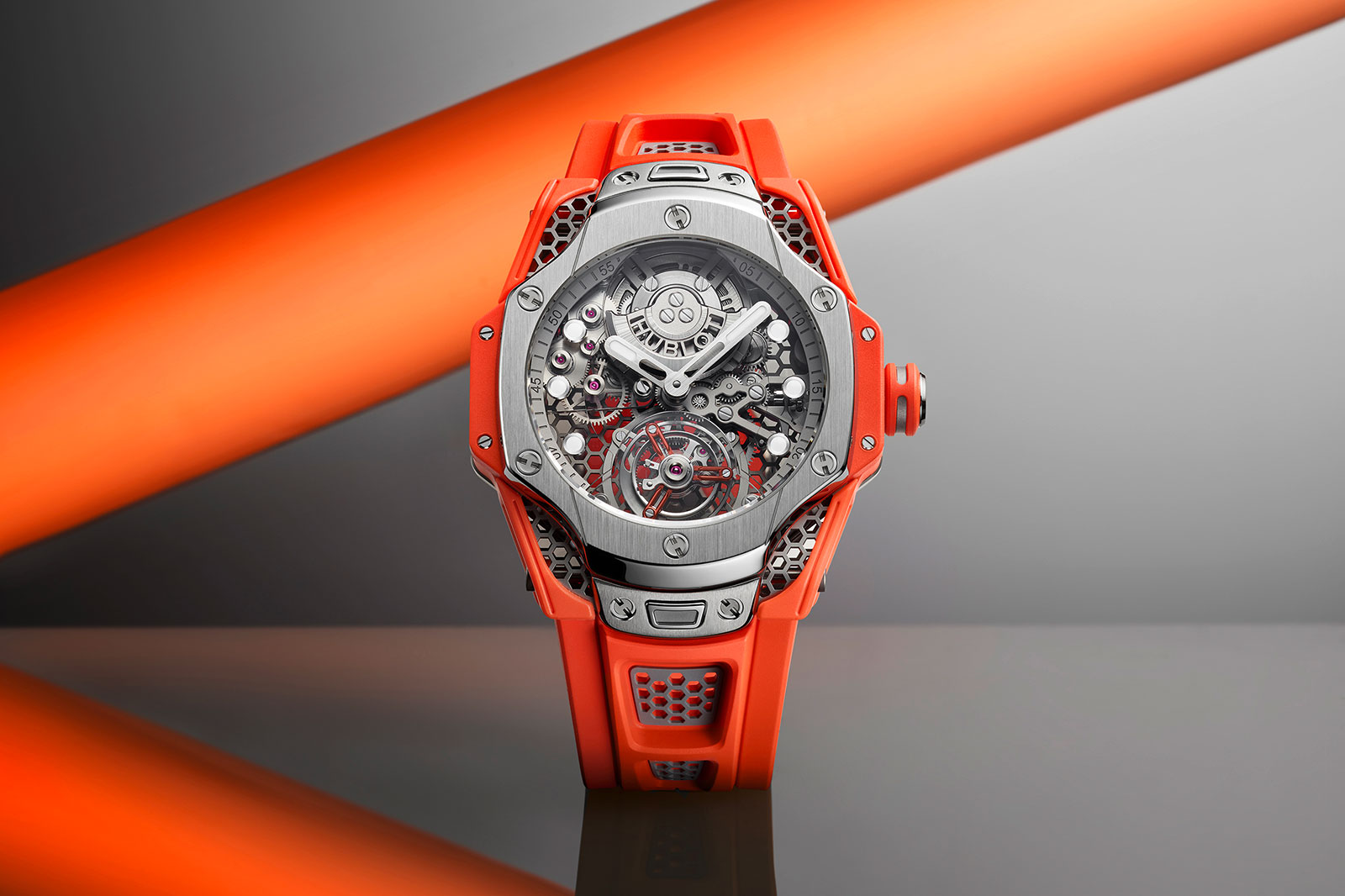 Having recently launched the second of its models designed by Takashi Murakami, Hublot returns with a collaboration with an another artist, British fashion designer Samuel Ross.

The result is the Big Bang Tourbillon Samuel Ross, a watch that is very different from the rest of the lineup, thanks to the open-worked honeycomb pattern applied across the watch. 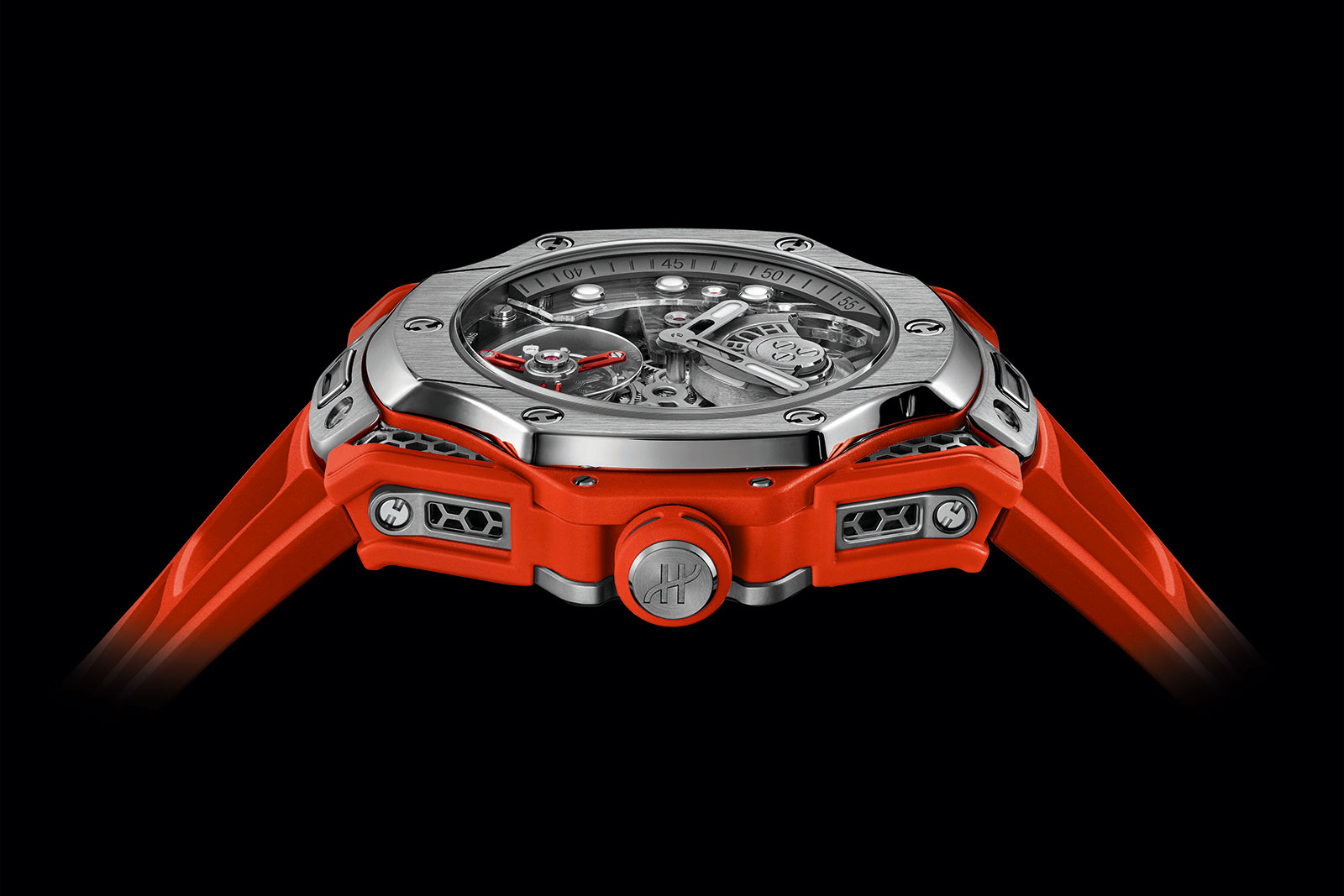 The design of the Samuel Ross is unexpected and most notable for being a significant evolution of the Big Bang. While Hublot’s signature model was criticised in the past for being too reminiscent of a Royal Oak, the Samuel Ross is its own watch. It’s no doubt an acquired taste, but it is different. But for anyone who likes big, bold watches that are complicated – and look the part – this is mission accomplished.

The extensive use of the honeycomb grid as well as orange rubber give it an aggressive look that sets it apart from other Big Bang Tourbillons. The bezel, for instance, isn’t the usual round affair but is instead an elongated octagon. More prominent is the extension of the honeycomb grid to the edge of the case, leaving the orange rubber to trace the outline of case, evoking a watch worn on a “Bund” strap, which enhances the sporty appearance. 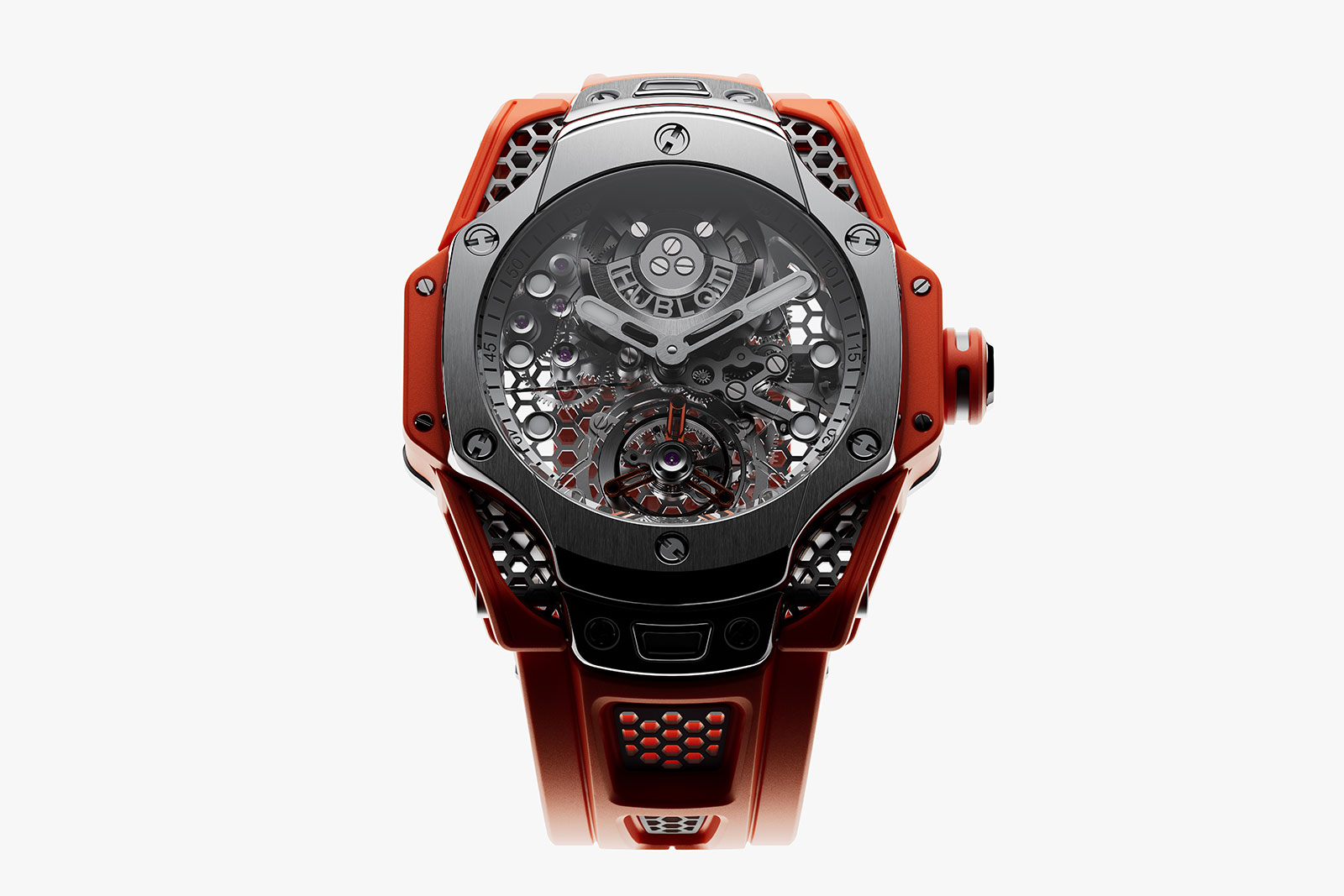 It’s through limited editions like the Samuel Ross that demonstrates ones of its key strengths, it versatile manufacturing prowess. The brand’s in-house expertise in engineering and production means an ability to make a great variety of watches in a range of materials, resulting in innovative designs like this.

The limited edition nature of the Samuel Ross is of course factored into the price, which is US$116,000. Ironically, that arguably makes it better value than most of the brand’s entry-level models, because it’s still a skeleton tourbillon in an original, unusual case. 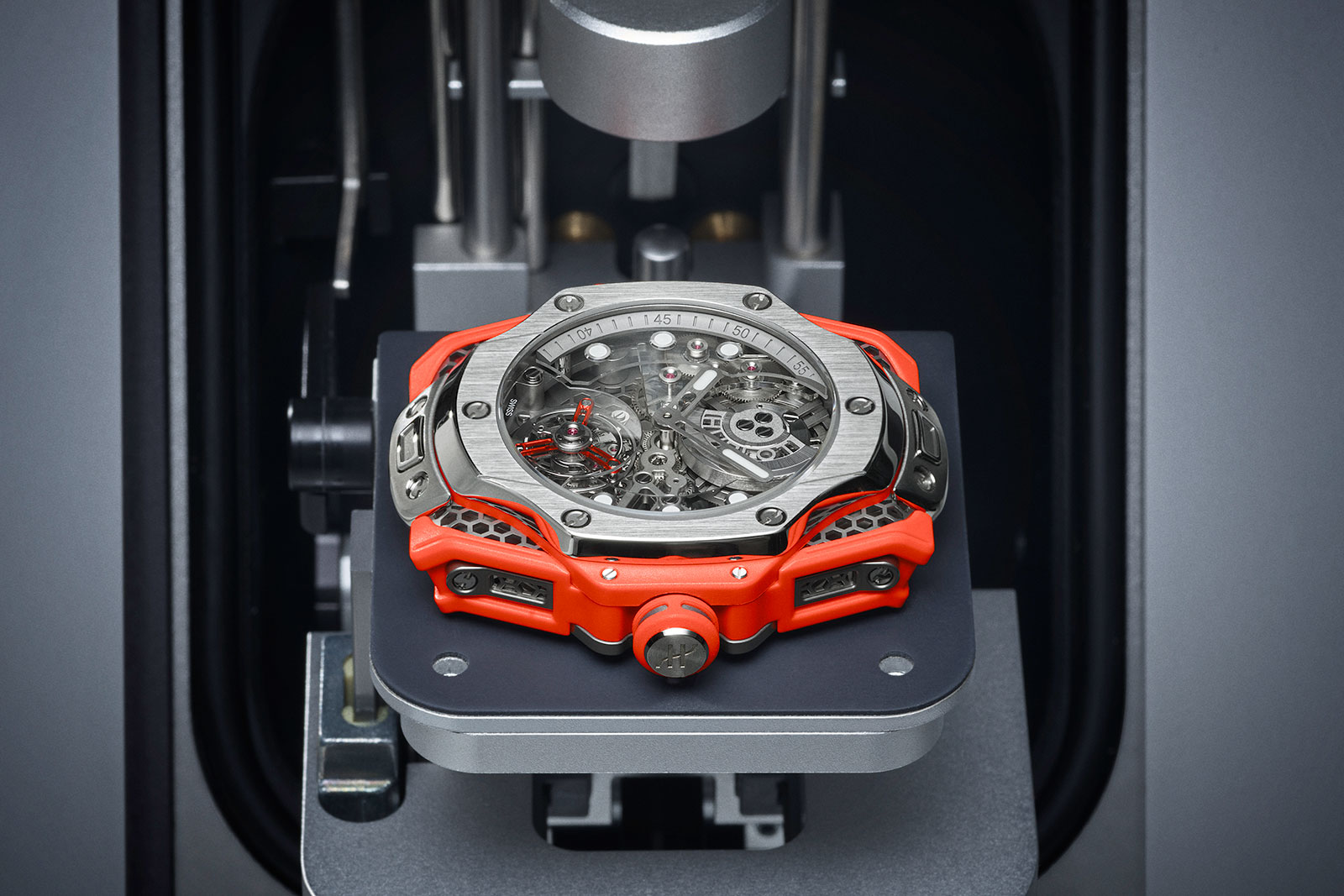 Despite the liberal use of orange rubber, the Samuel Ross avoids look low-end as some other watches heavily reliant on rubber do

Despite being big and bold, the Samuel Ross has a great deal of interesting detail on the case, movement, and strap.

Thanks to modern machining, the exterior of the titanium case has been precisely hollowed to create a honeycomb grid, a feature that’s repeated on the strap as well as the movement. 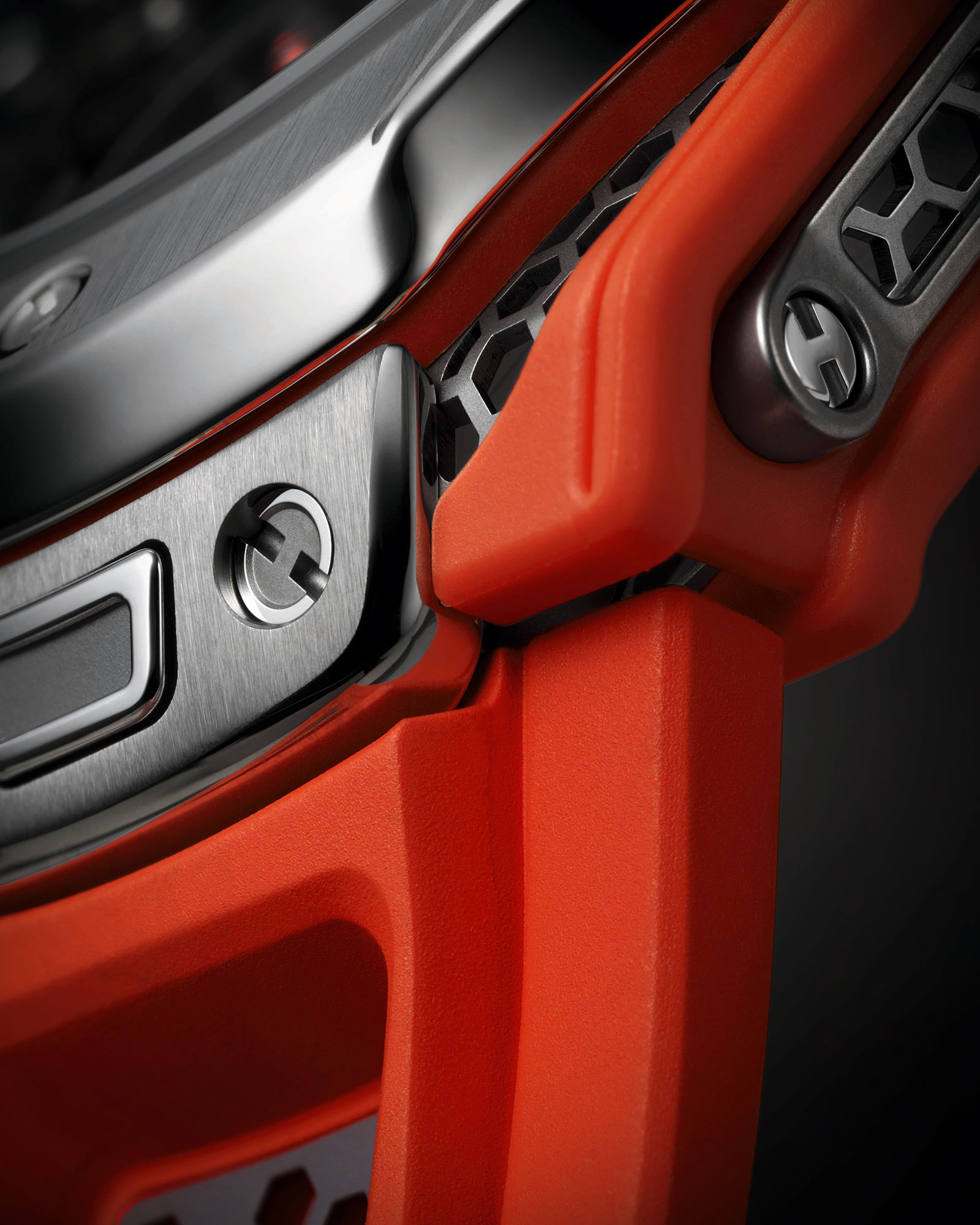 Because the patterned plate is at the base of the movement, it forms a backdrop for the skeletonised mechanics and doesn’t get in the way of the view. 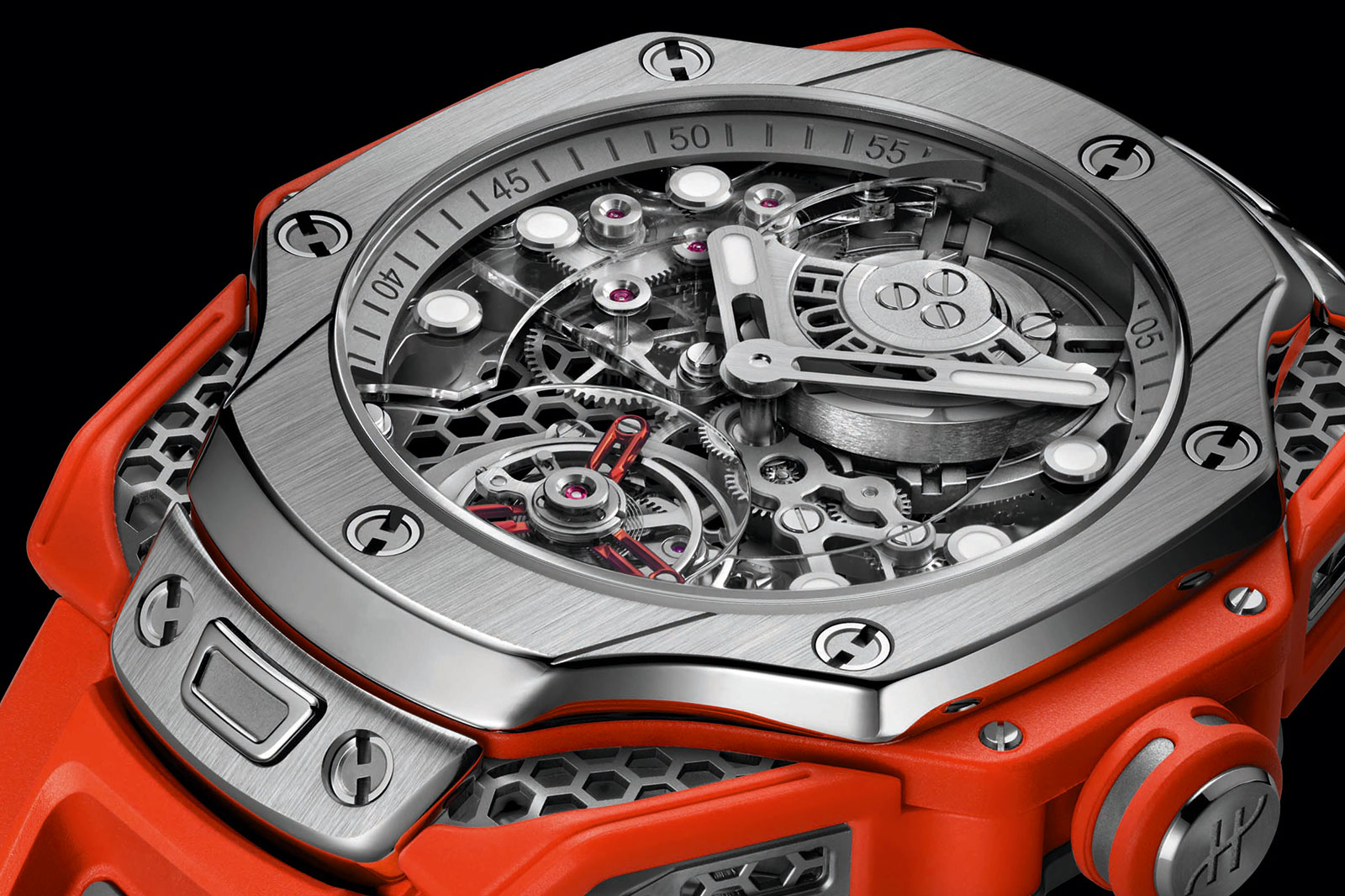 The movement was constructed to portray depth, with the micro-rotor and tourbillon elevated the other components 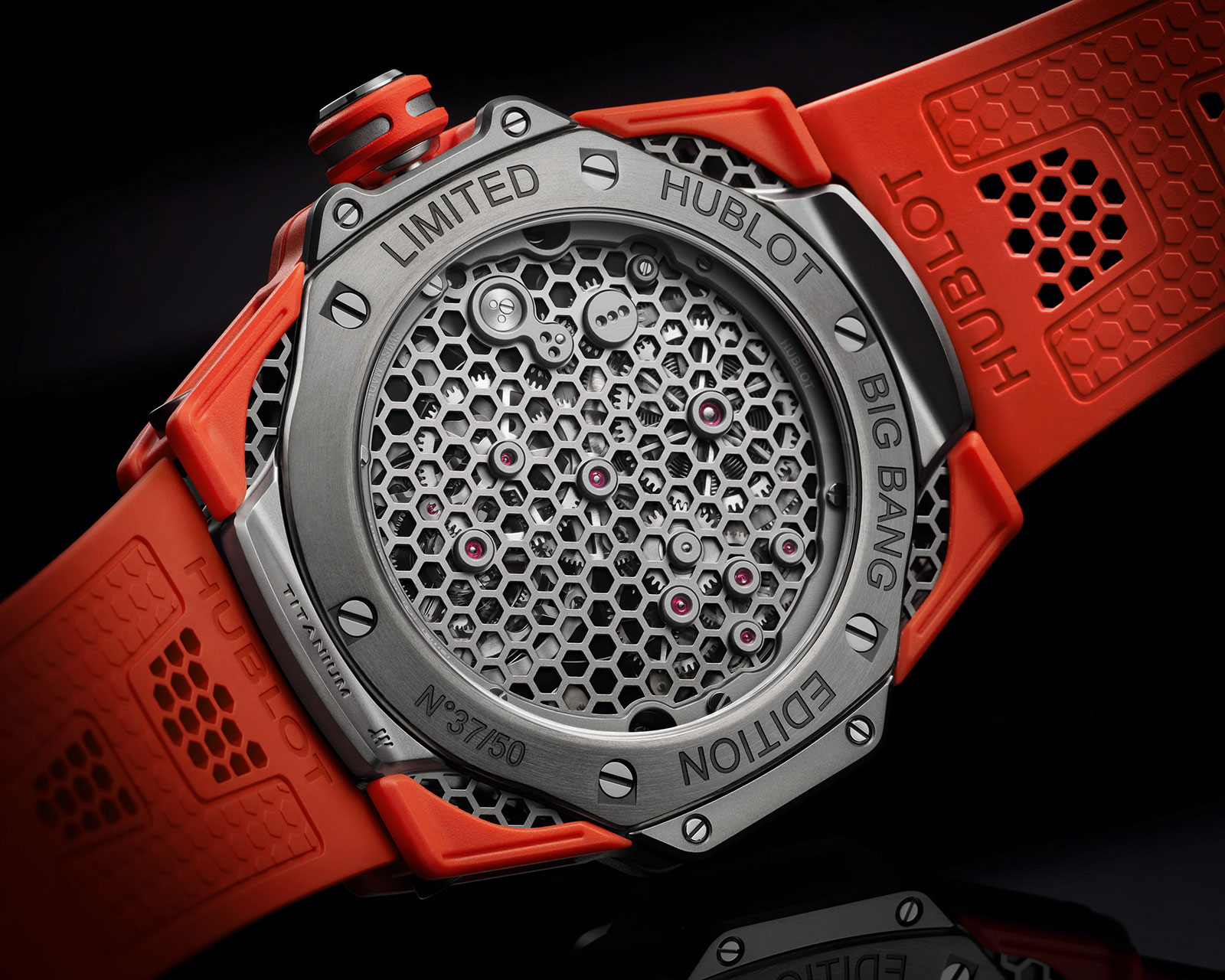 The honeycomb grid is too much on the back, however, leaving it looking a bit strange