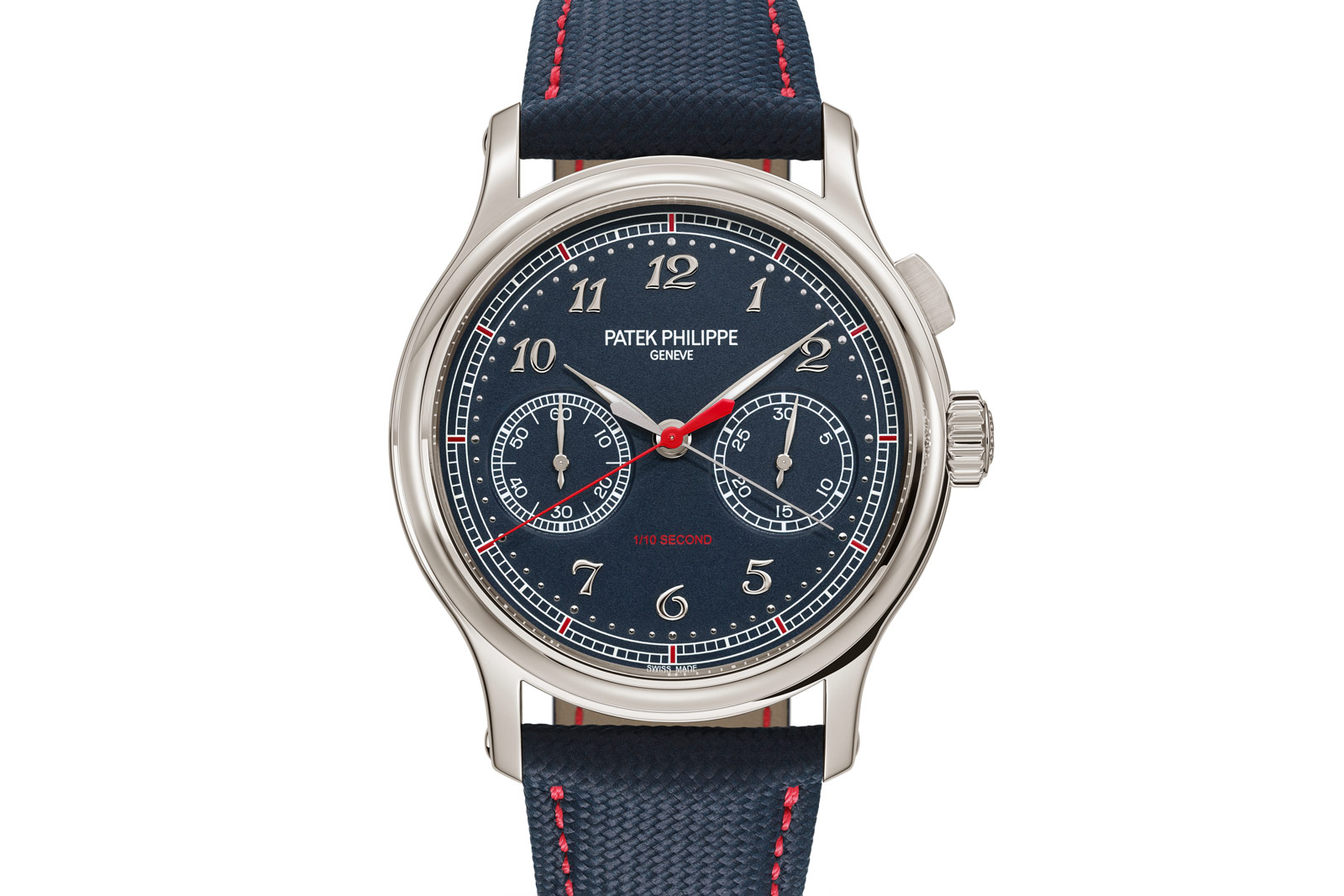 Just after the curtain fell on Watches & Wonders 2022 – on the day after the fair closed in fact – Patek Philippe unveils one of its technical highlights for the year, the 1/10th of a Second Monopusher Chronograph ref. 5470P-001. 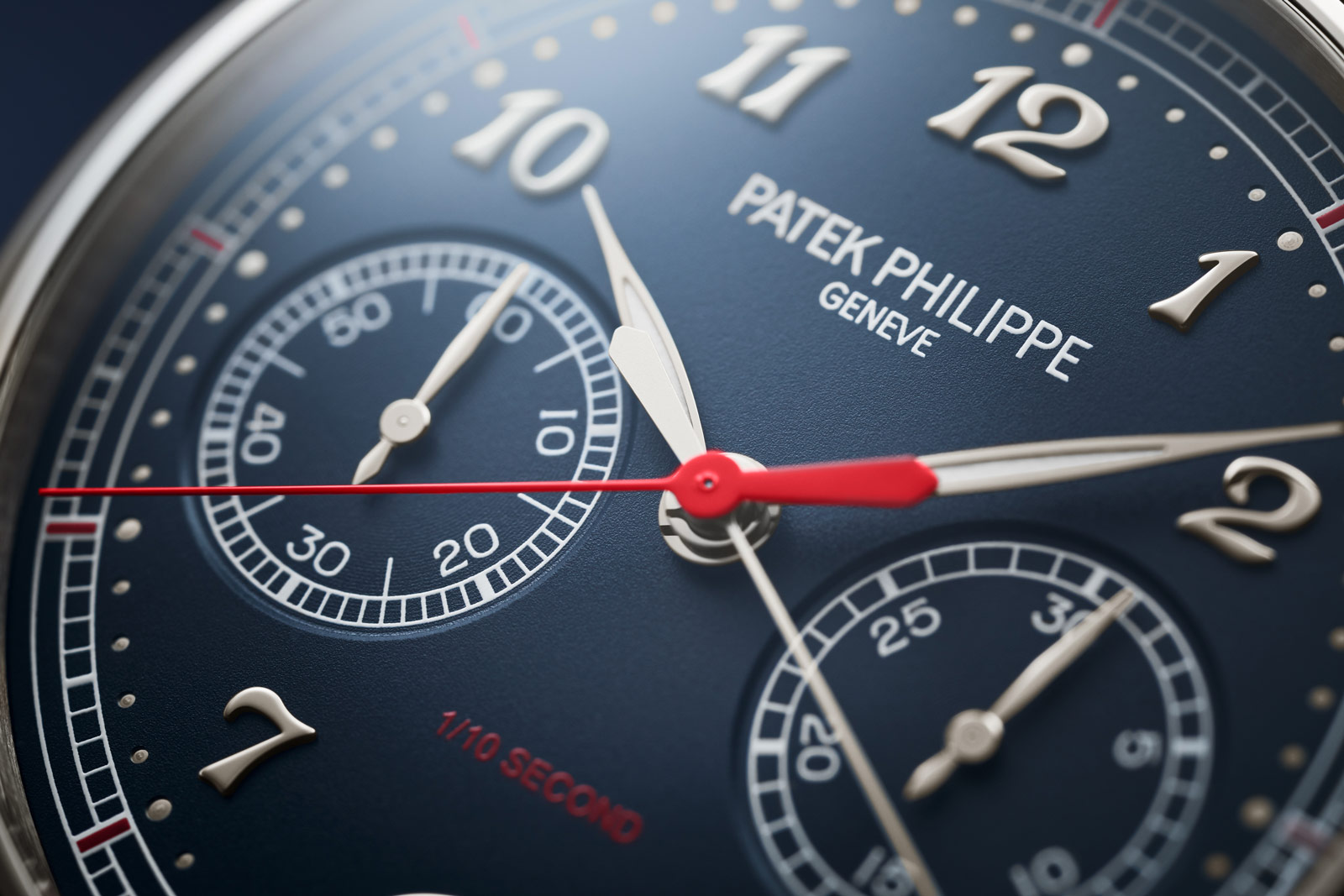 While lightning seconds chronographs have been done before, it’s surprising to see a traditionalist brand such as Patek Philippe have a go at the complication. The function is often associated with brands with a sporty, contemporary aesthetic like TAG Heuer and Zenith.

In terms of aesthetics, the ref. 5470P is another example of the brand continuing to move towards a more modern, striking style, even for otherwise classical models. But under the hood is where it shines. 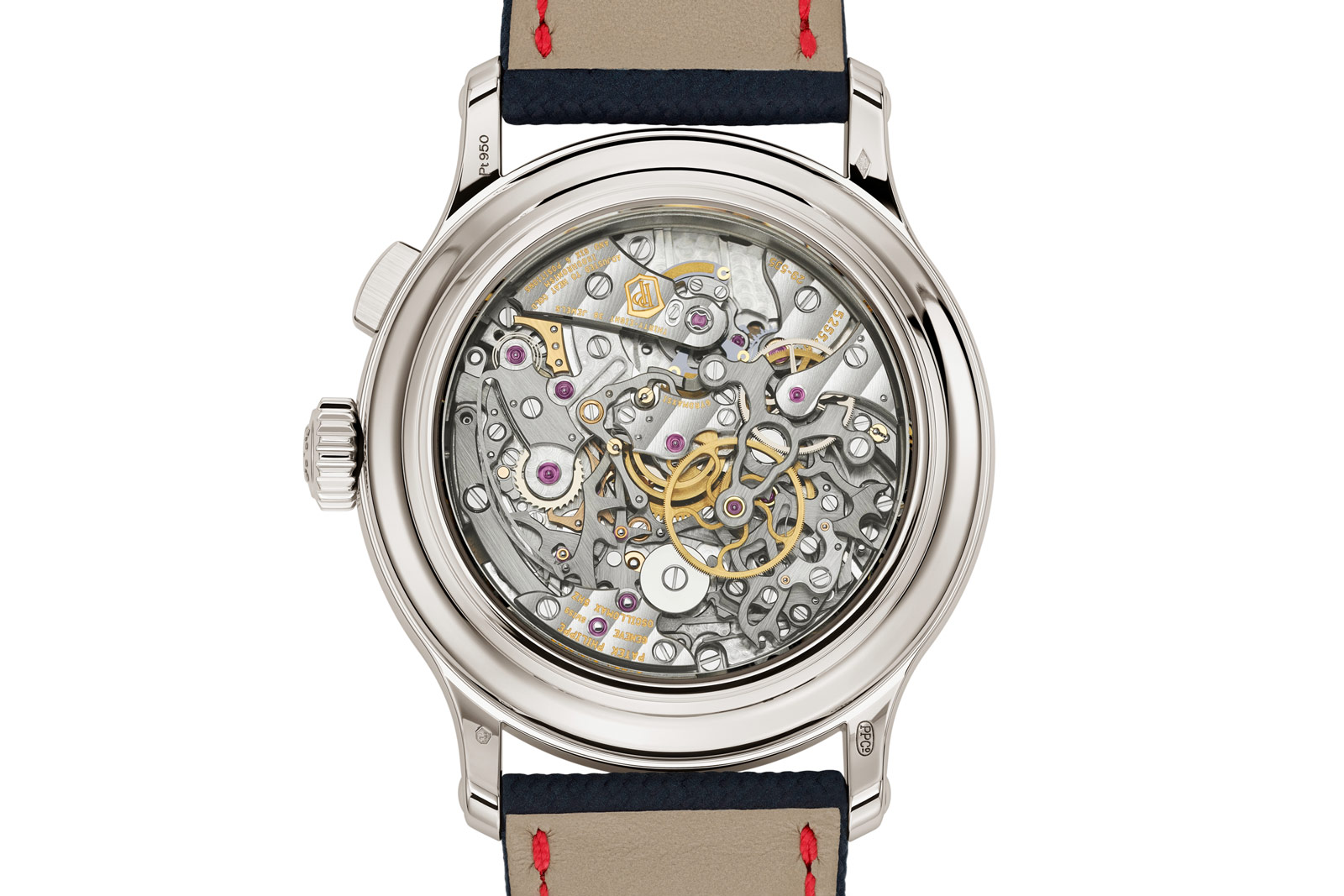 Despite the seemingly simple idea of tacking on an additional gear train for the 1/10th of a second hand, the movement inside underwent a deceptively complex modification. And in typical Patek Philippe fashion, the complication incorporates numerous patented innovations that contribute towards better reliability and ergonomics.

In fact, the ref. 5470P marks the first time that Patek Philippe is putting the “Advanced Research” Oscillomax balance assembly in a regular-production model (it was previously found only in the ref. 5550P). Comprised of silicon components that function more efficiently, Oscillomax helps boost power reserve (by about 50% in the case of the cal. 240 Q in the ref. 5550P) and enhance magnetism resistance.

On top of that, Patek Philippe has filed seven patents to perfect the 1/10th of a second display, most notably the double-pendulum shock absorber that keeps the chronograph engaged during accidental impacts.

With most high-end brands focusing on classical, decorative features, it is welcome news that Patek Philippe continues to innovate with novel engineering ideas. That said, the ref. 5470P does feel like an extremely elaborate and expensive solution to a question no one has asked.

Still, the ref. 5470P certainly echoes the brand’s unspoken message at Watches & Wonders 2022, which is the fact that it is about much more than integrated-bracelet sports watches. 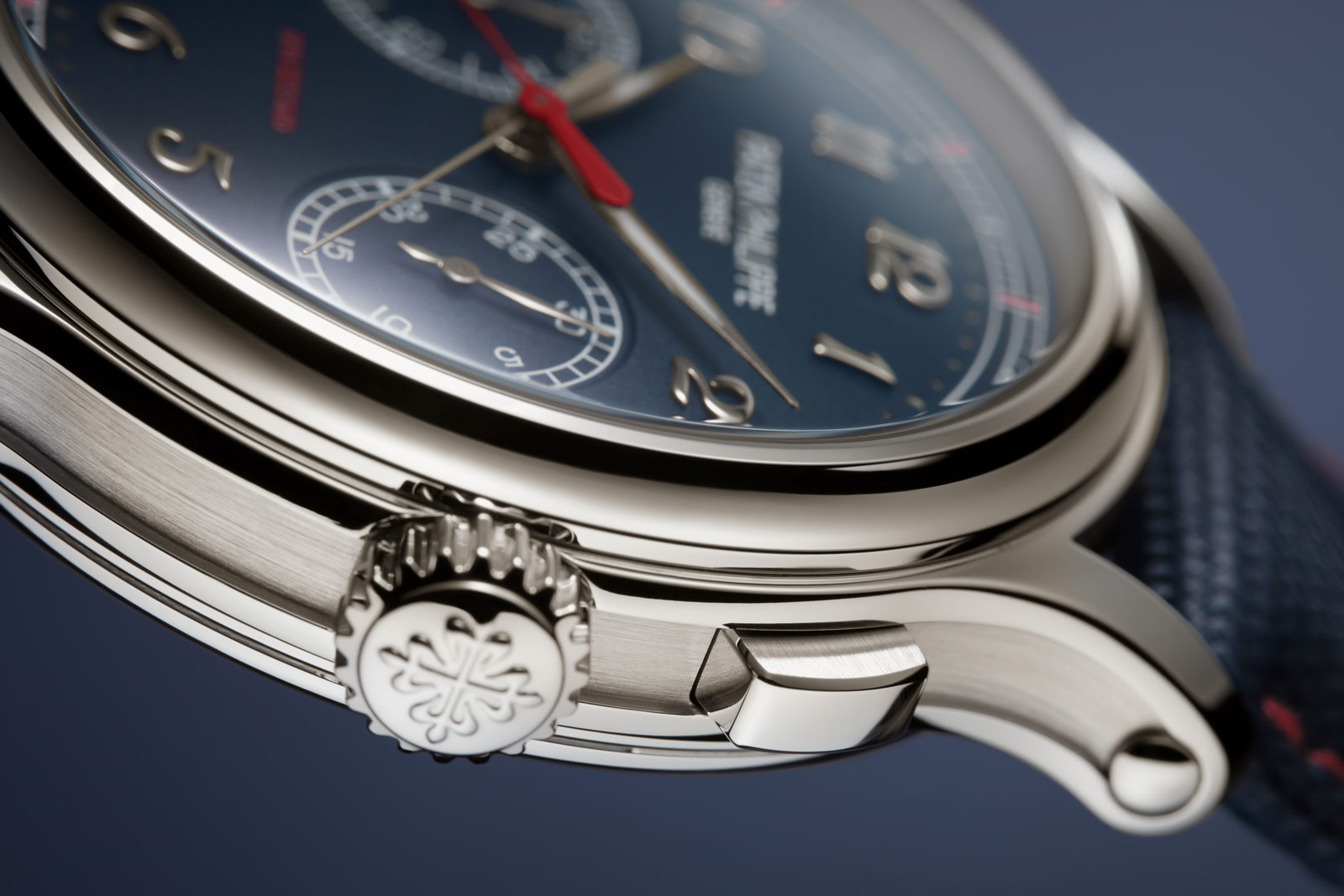 The monopusher for the chronograph

Inside the ref. 5470P is the CH 29-535 PS 1/10, which is based on the CH 29-535 PS, the brand’s workhorse manual-wind chronograph movement that serves as the base for various additional complications, such as a rattrapante.

The CH 29-535 PS 1/10 contains two primary modifications over the base movement – the standard two-pusher setup is now a monopusher, and more importantly the 1/10th of a second chronograph module is added on the back.

That means the watch still retains regular chronograph functionality with a central elapsed seconds hand as well as an elapsed minutes counter at three. However, the addition of the module provides for a central lightning seconds hand that runs simultaneously with the regular chronograph seconds. This results in good legibility as the regular seconds and 1/10th of a seconds can be read off the large scales on the edge of the dial. 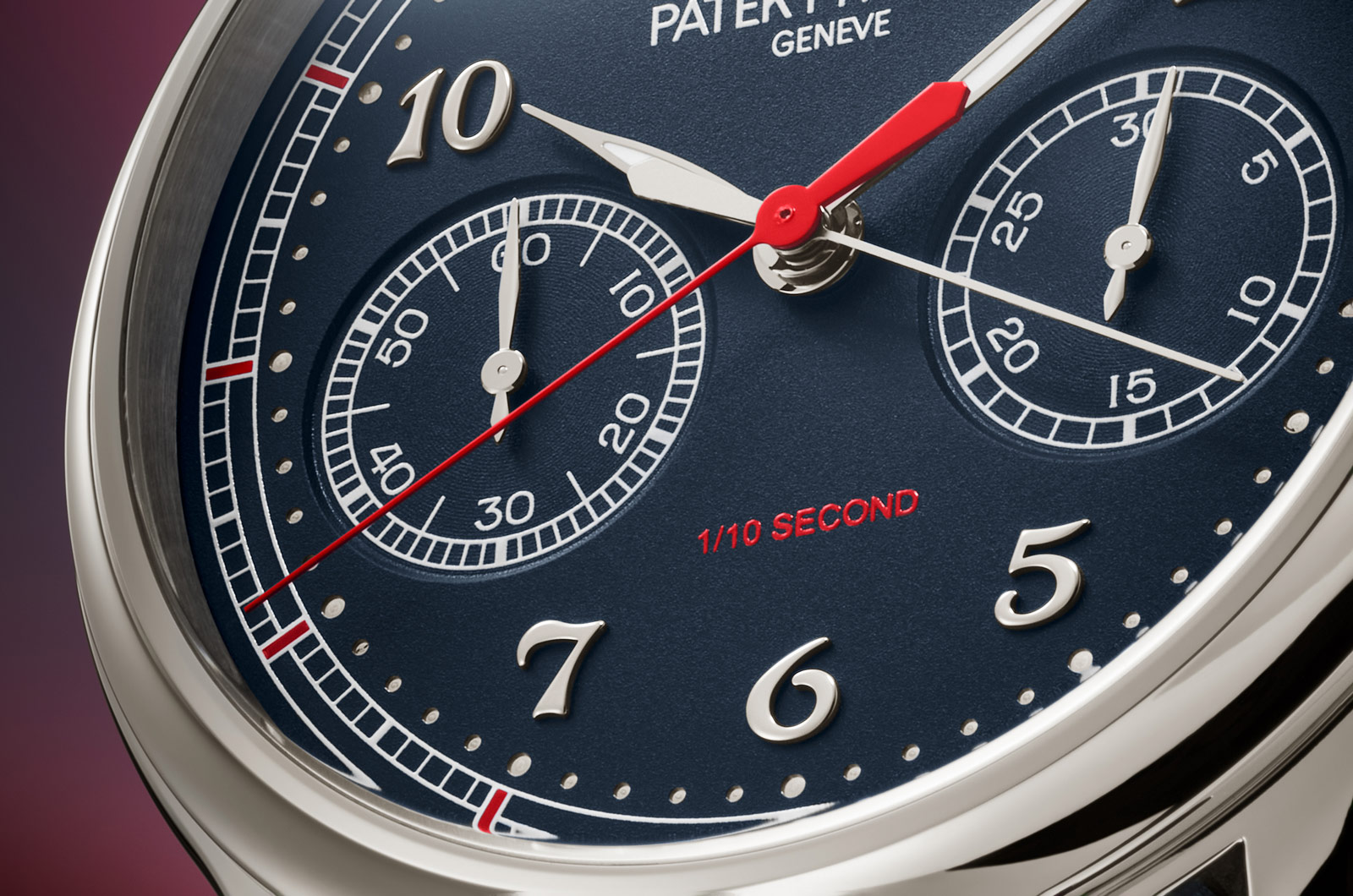 This issue is further exacerbated with the 1/10th of a second wheel, which requires precise angular positioning and consistent, proper engagement while in use. This led to a number of related innovations that were devised to address the issues.

First, the brand utilised a pair of spring-loaded, anti-backlash gears for the driving wheel of the 1/10th of a second hand, reducing the play between the teeth of gears, hence allowing for precise start and stop. 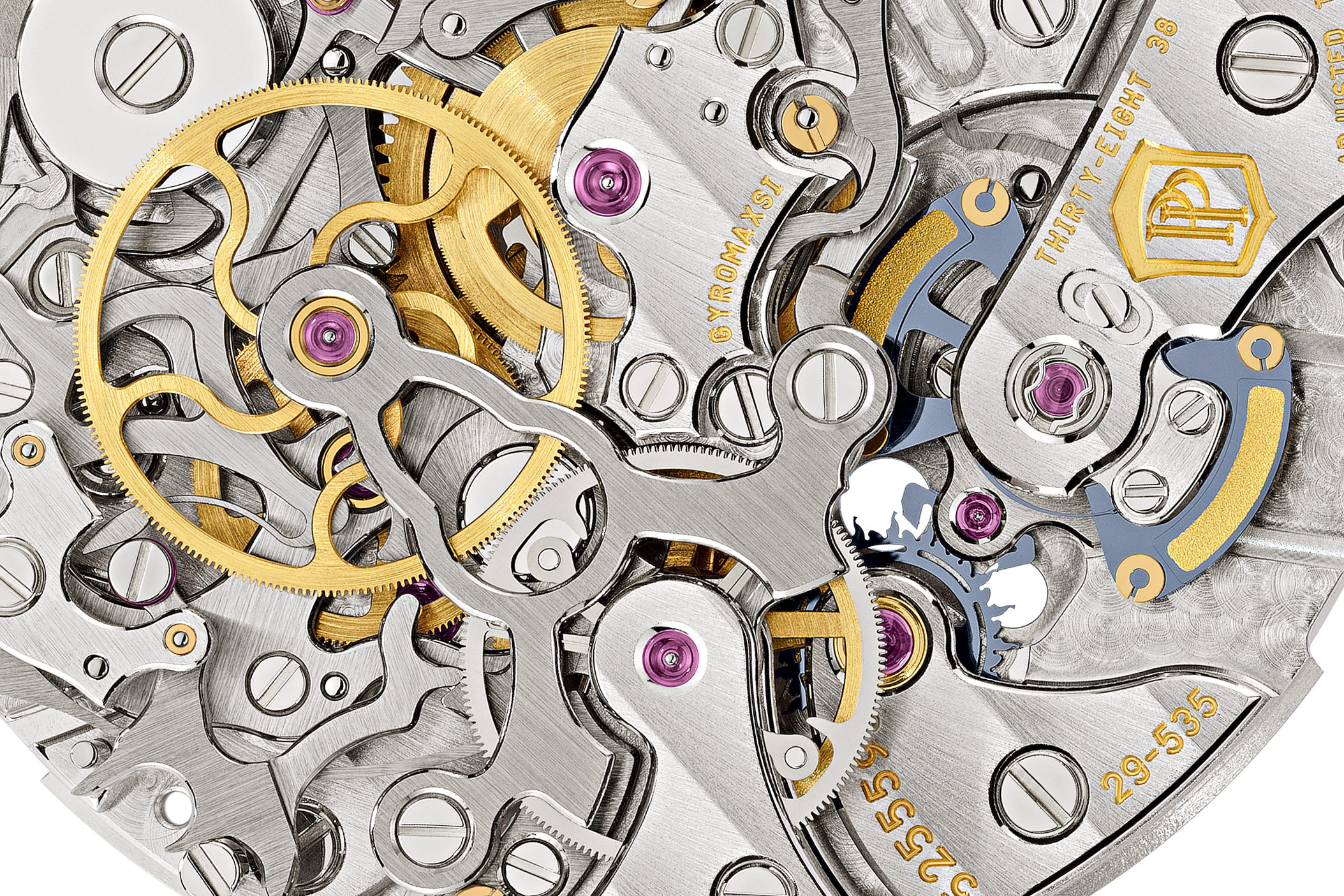 The anti-backlash gears are at six o’clock, which are driven directly by the fourth wheel pivot

The two chronograph clutches are stacked on each other, making them heavy and thick. To ensure the chronograph doesn’t disengage due to inertia that results from shock, a simple but clever idea was patented – the base clutch has a hook that latches the clutch onto the column wheel when the chronograph is engaged.

Meanwhile, the lightning seconds clutch also required a similar mechanism to stay in place while engaged. It houses arguably the most novel patent in the movement – an intricate double-pendulum shock absorber, which tightens in the face of shocks to keep the clutch firmly engaged when the chronograph is running.

Furthermore, because the movement is a high-beat and also bears the extra load created by the 1/10th of a second module, energy conservation becomes crucial. One solution is a redesigned barrel arbour that can hold a stronger mainspring that contains more energy when fully wound.

And of course, another feature is lightweight silicon parts, such as the Oscillomax balance assembly, which comprises a balance wheel, escapement, as well as balance spring in silicon. Interestingly, the lightning seconds hand is also in silicon, so it consumes half the energy of a typical brass hand. 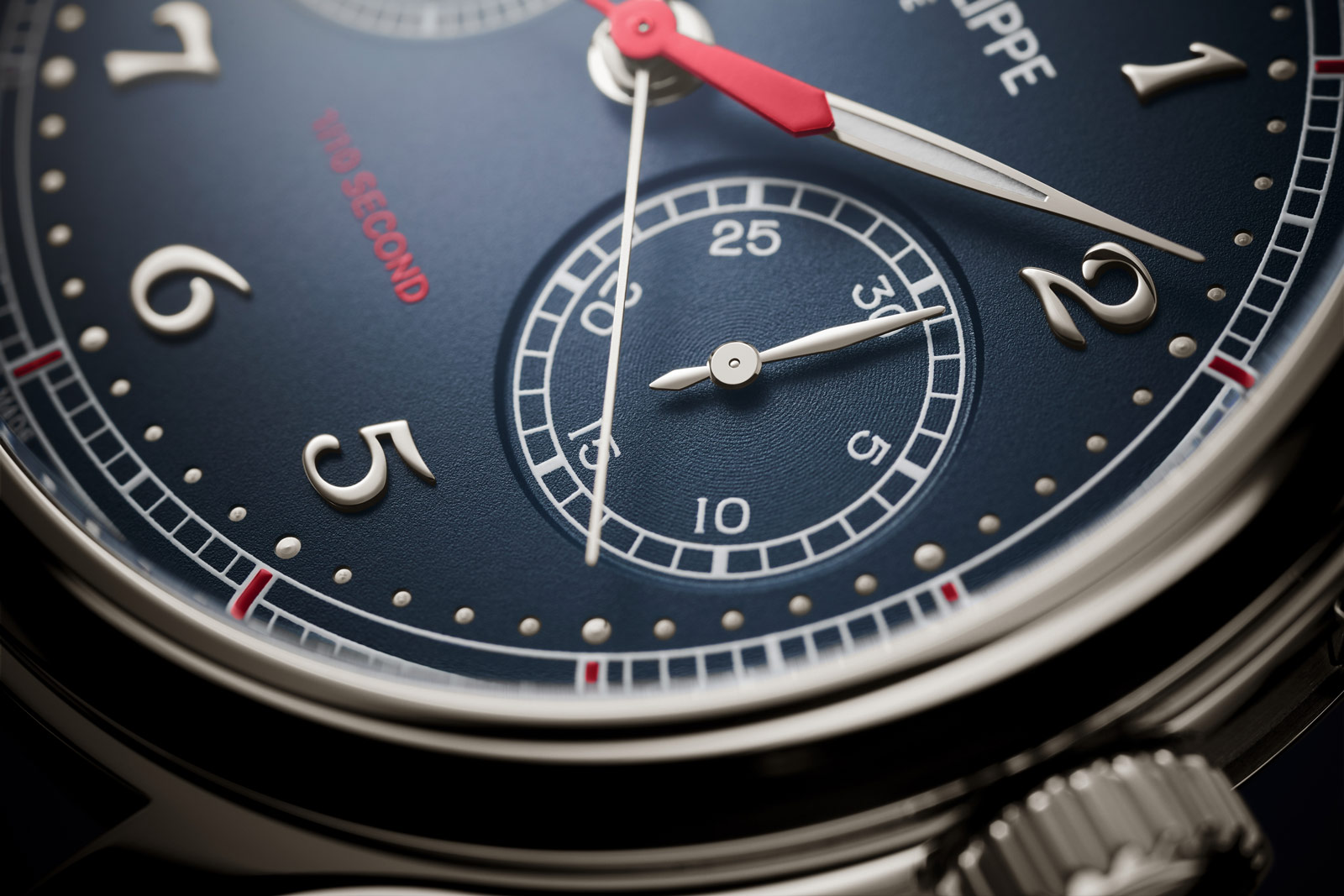