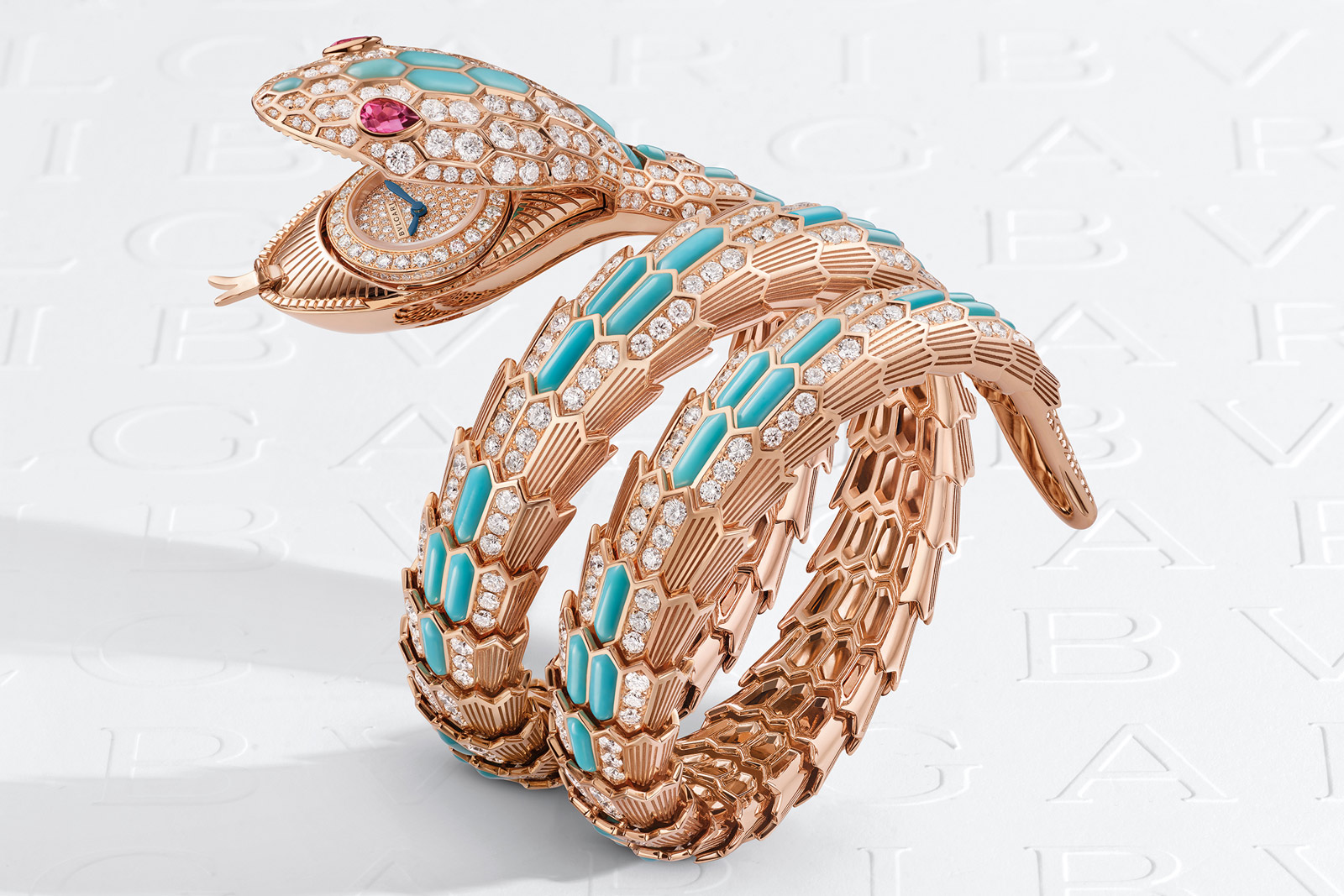 Bulgari is starting the year big with something impressively tiny – the hand-wind BVL 100 Piccolissimo that’s the smallest mechanical movement of the 21st century at just 12.3 mm wide and 2.5 mm tall.

The minuscule movement makes it debut in the latest version of Bulgari’s iconic snake-bangle wristwatch – it is one o the most iconic jewellery watches of all time in fact – the Serpenti Misteriosi High Jewellery Secret Watch. While many versions of the Serpenti bracelet have been equipped with quartz movements in recent years, the BVL 100 means the watch within the snake’s head is once again mechanical, just like the originals of the 1950s. 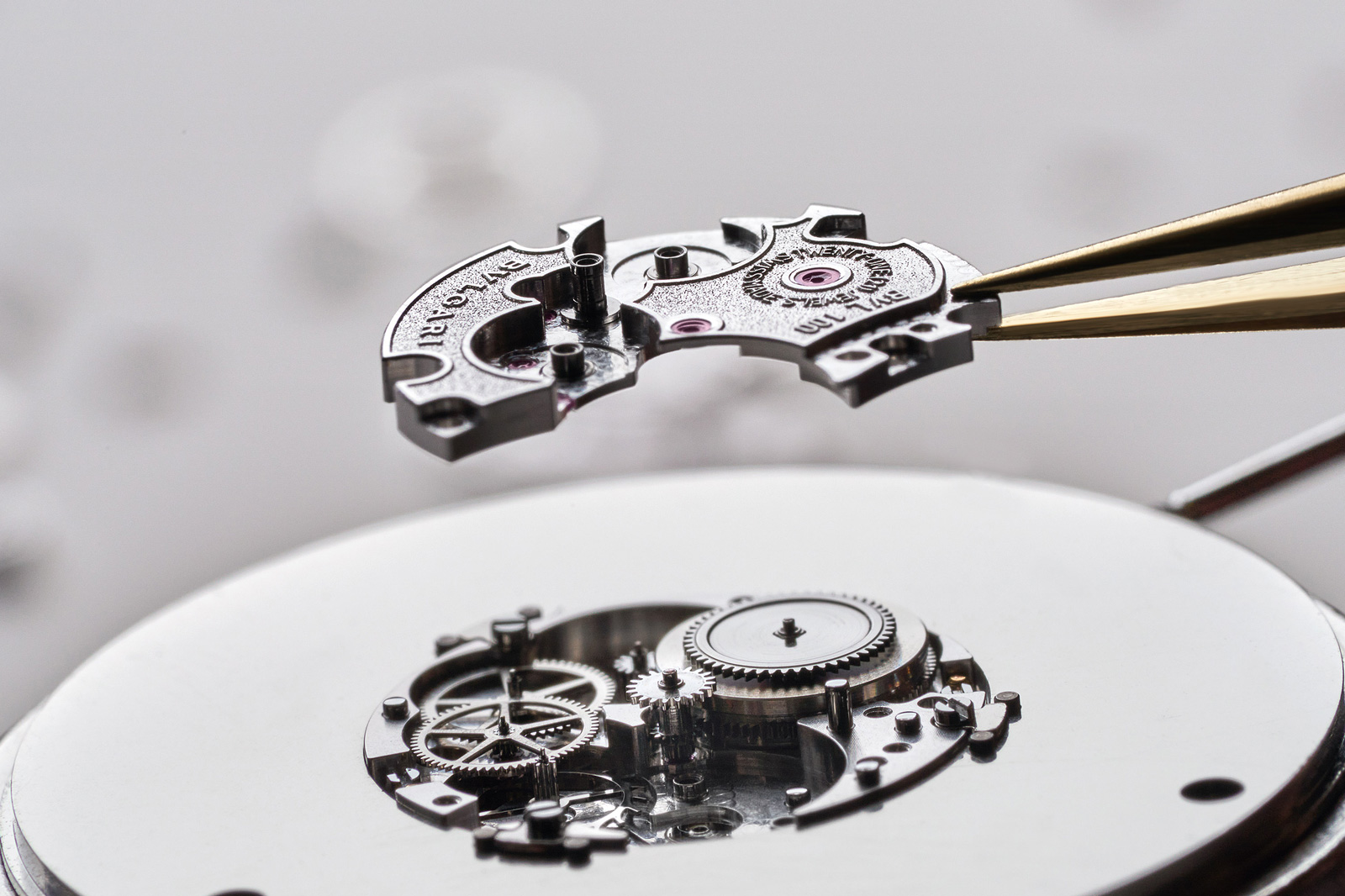 The tiny barrel bridge of the BVL 100

While the Serpenti Misteriosi is a high-jewellery watch that has little practical appeal for most watch collectors, it’s difficult to easy to appreciate watch for its combination of design, craft, and of course the technical achievement of the BVL100.

Amusingly enough, the Serpenti Misteriosi is, technically speaking, an integrated-bracelet watch with a reversible dial – two features highly coveted in the watch world – though the lavish jewels and lacquer disguises most of its horological qualities, which also illustrates the power of the iconic design. 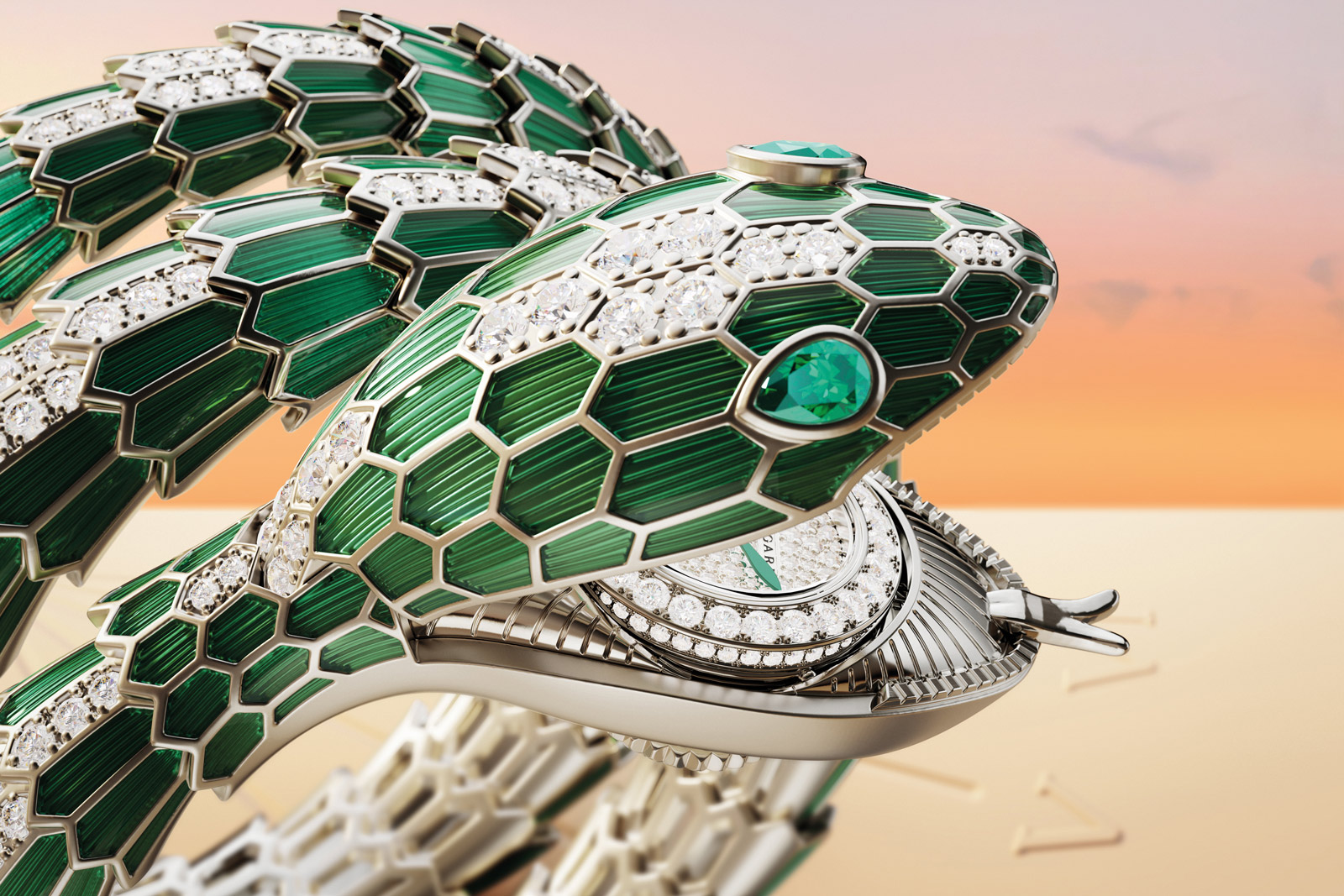 The forked tongue is a trigger to open the snake’s head, revealing the time below

But over-the-top style is only useful for a specific audience – and specific occasions – so for the rest of us, there’s the technical appeal of the BVL100.

Even if it’s not the tiniest movement ever – that title is still held by the Jaeger-LeCoultre 101 – the BVL 100 is notable for being the smallest of the 21st century. Exceptionally tiny movements were a thing in the early- to mid-20th century, since they were the only solution for delicate ladies’ watches, though the arrival of quartz technology has since made them unnecessary. 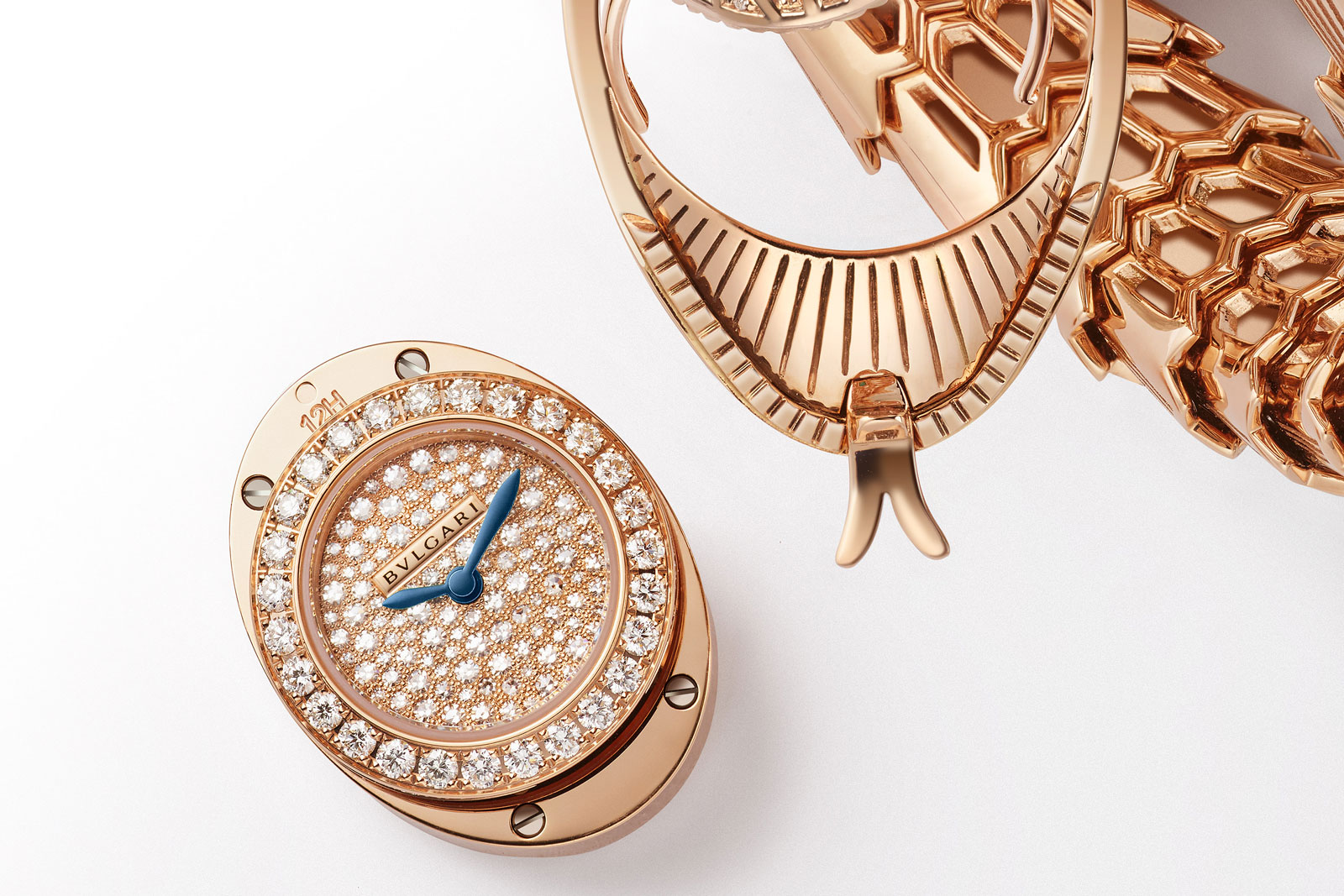 The watch head can be removed and installed in either direction, making it possible to wear the bracelet on either wrist

The BVL 100 is remarkably small, but also surprisingly rare – movements of this size aren’t seen very often today since watches of this size for either gender aren’t particularly popular.

That said, there are evidently technical limitations due to its size, so the BVL 100 does compromise in some ways. The Etachron regulator, for instance, is a low-end feature that looks out of place in a watch that costs well over US$200,000 on average.

Still, the fact that Bulgari constructed it to fit high jewellery watches is admirable. The BVL 100 is certainly a more fitting calibre for the iconic bracelet watch than a run-of-the-mill quartz movement.

The intriguing BVL100 Piccolissimo – that’s Italian for “extra small” – is essentially a miniaturised version of a typical mechanical movement. It has almost all the conventional elements of an ordinary movement, but reduced in size where possible. Its diameter of 12.3 mm, for example, is less than half of that of the ETA 2824 that is 25.6 mm wide, which is already considered small for modern watches.

Despite its size, the BVL100 is at heart a rather orthodox movement, with standard gear trains and balance assembly. That said, the winding and time-setting mechanism is unconventional, which results from the fact that high jewellery watches typically cannot have crowns on the size of the case for aesthetic reasons.

So the BVL 100 relies on a pair of reversers that allow for a crown on the case back, typically known as a “back wind”. Thanks to the reverser wheels, the crown works in both directions when pulled out, one direction sets the time and the other winds the movement. 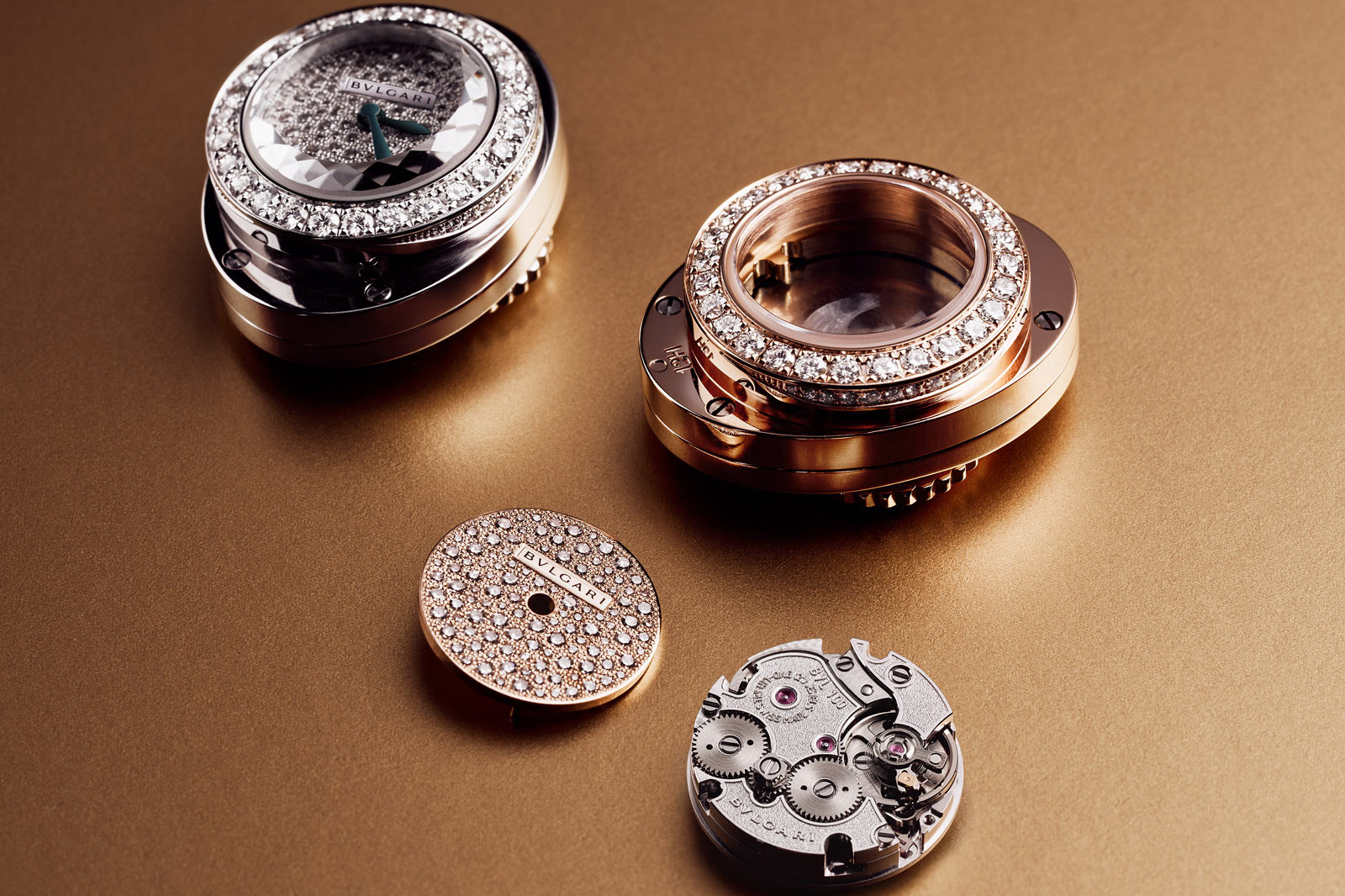 The winding crown sits under the case

The tiny diameter as well as thinness limits the decoration of the movement, which is present but basic. The bridges have frosted top surfaces ringed by raised, brushed borders, which give the movement some visual interest, as does the elegant winding click spring with its polished bevels.

Still, the large pair of reverser wheels, which are actually small but appear oversized in proportion to the movement – look low-rent, as does the Etachron regulator. 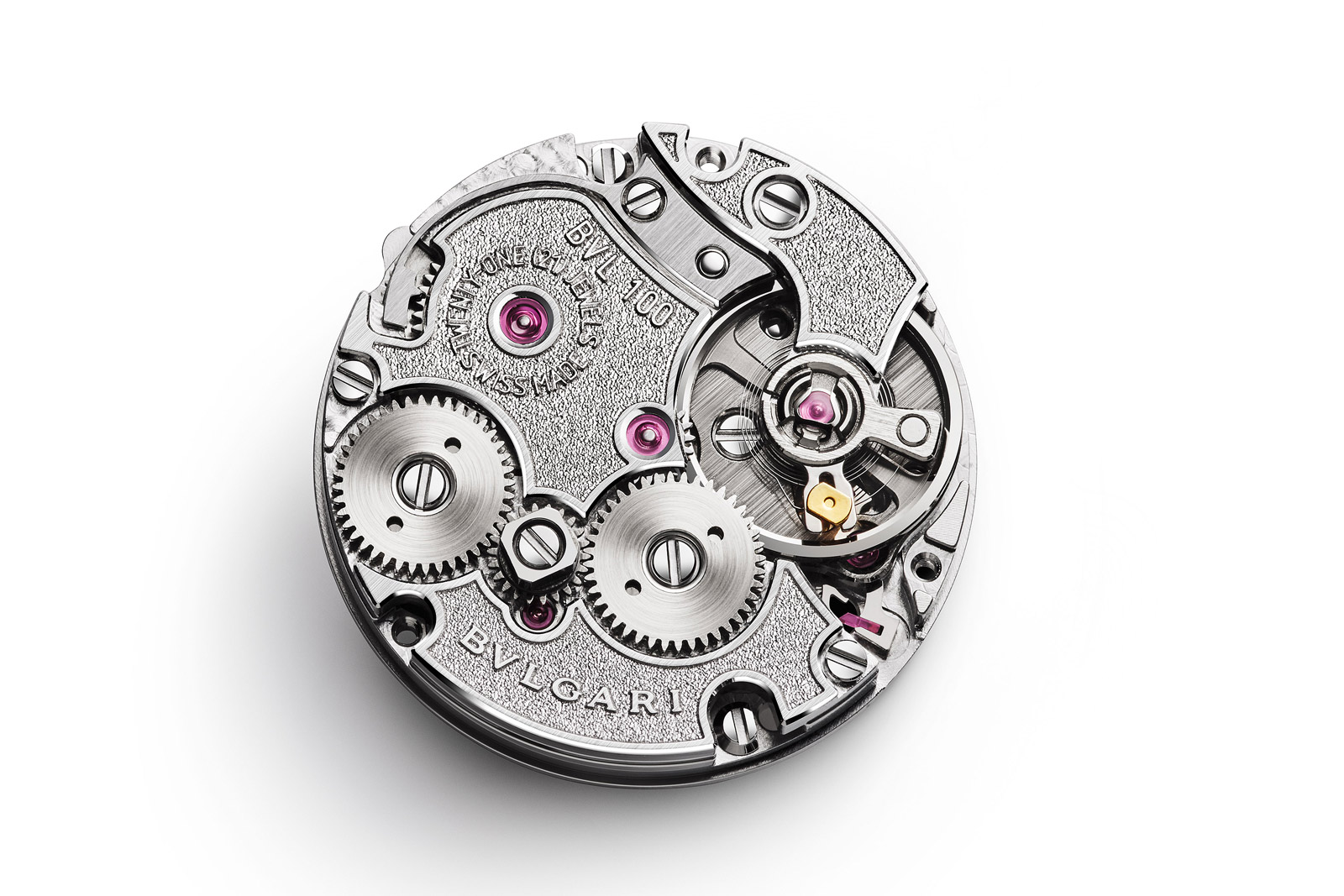 Whatever the intrinsic qualities of the BVL 100, it is still the meticulously crafted case and bracelet that is the deciding factor for anyone looking to buy a Serpenti. As has been tradition for decades, the bracelet is hand made and also decorated by hand with both gemstones and translucent lacquer.

The bracelet starts with individual links with recesses within the scales, which are each hand-painted with multiple layers of lacquer or set with gemstones. The quintessential Serpenti is usually decorated with a combination of the two. 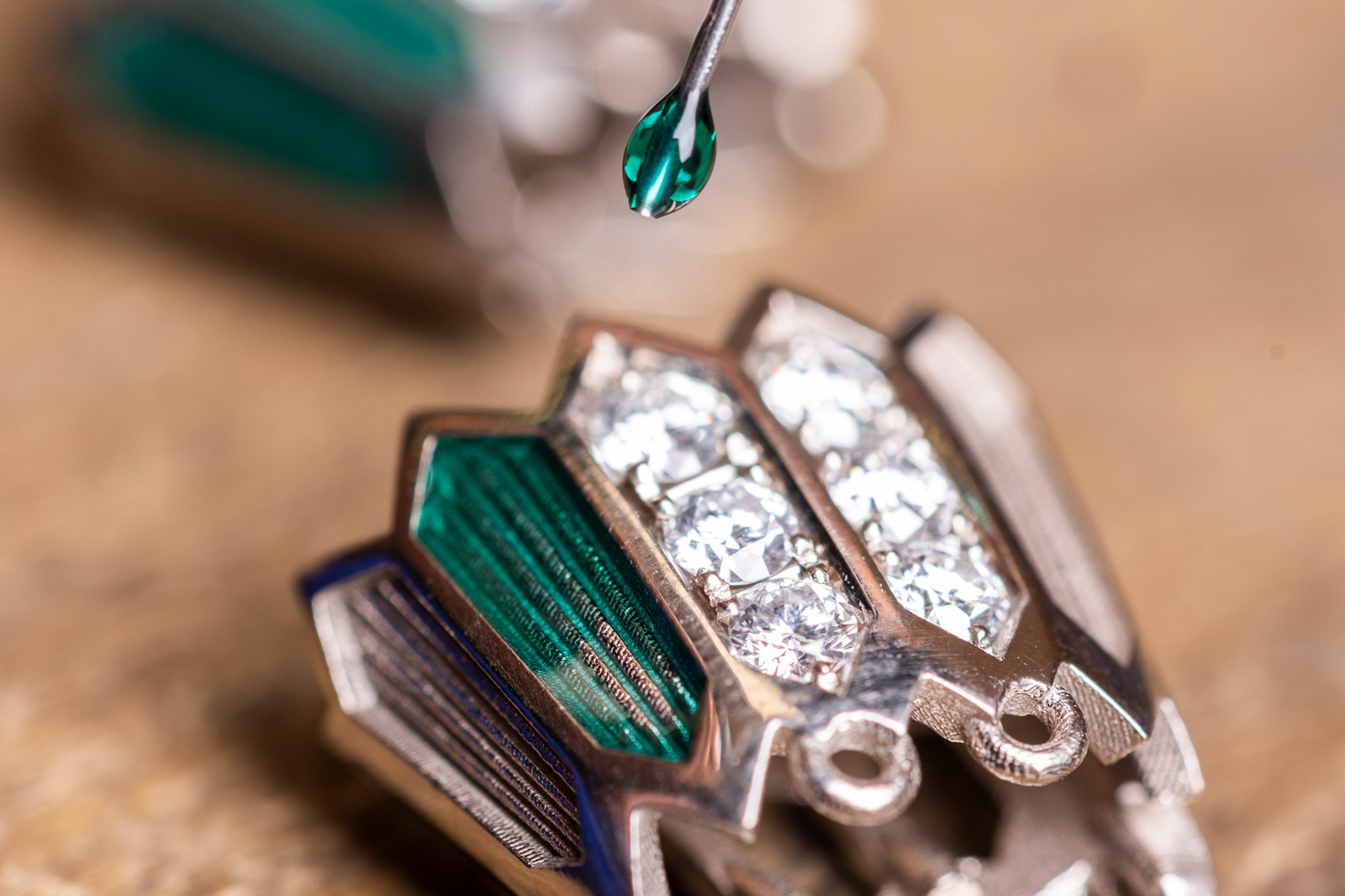 The decorated links are then assembled into a chain held together by tiny solid gold hinges.

And finally a double-ring gold coil is inserted into the chain, creating a flexible yet sturdy that loops elegantly around the wrist. 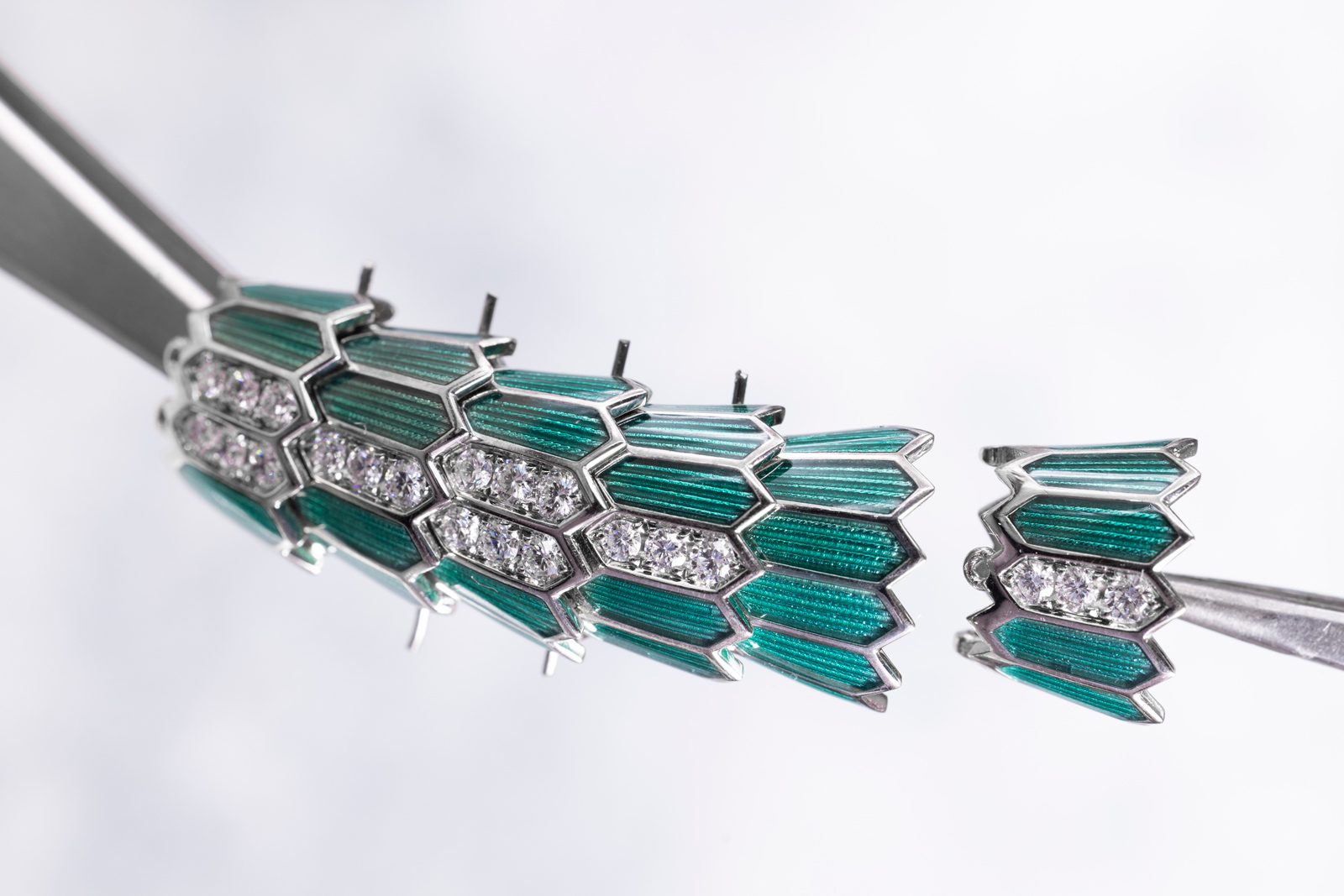 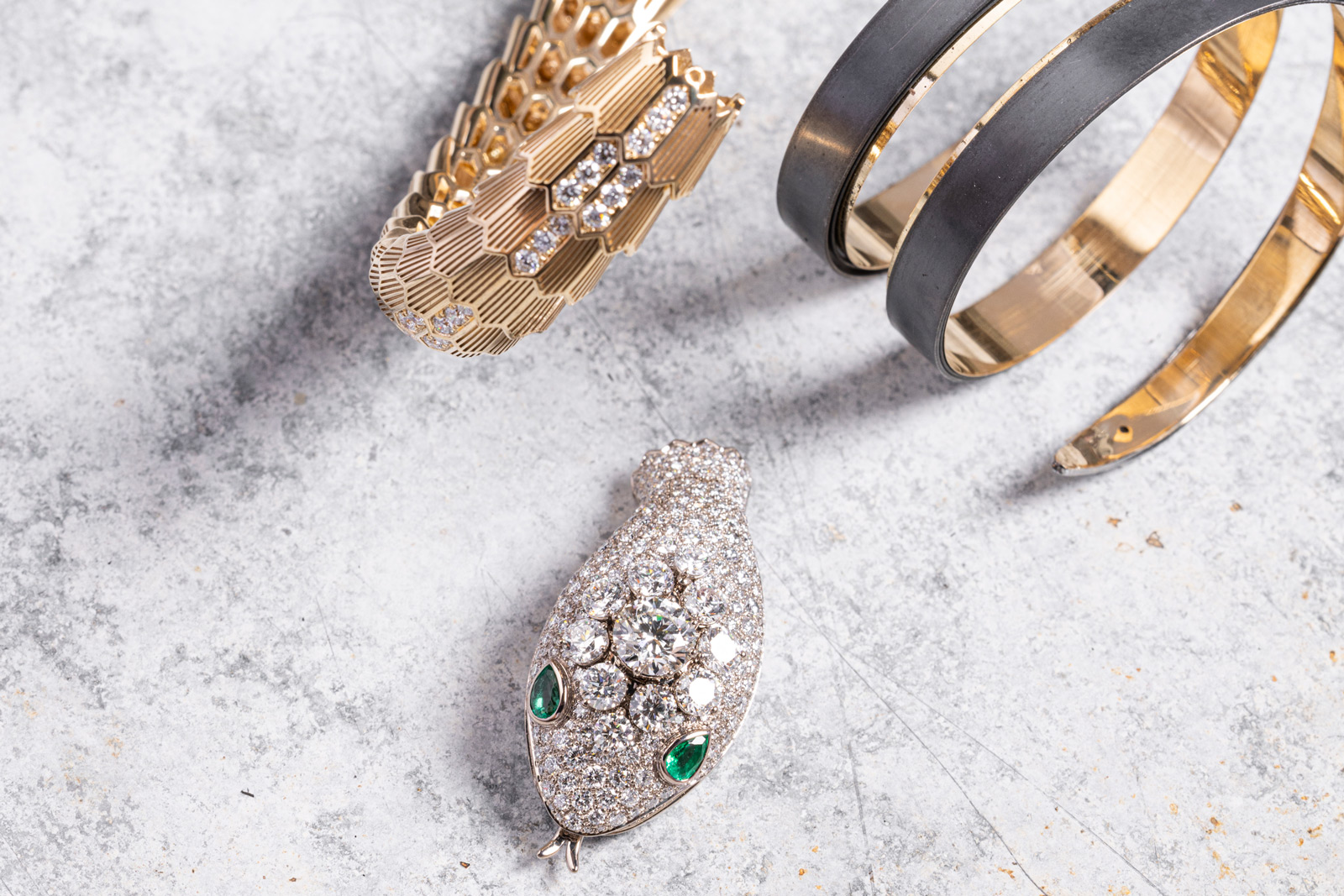 Limited edition: No
Availability: At Bulgari boutiques
Price: Starting at approximately US$150,000