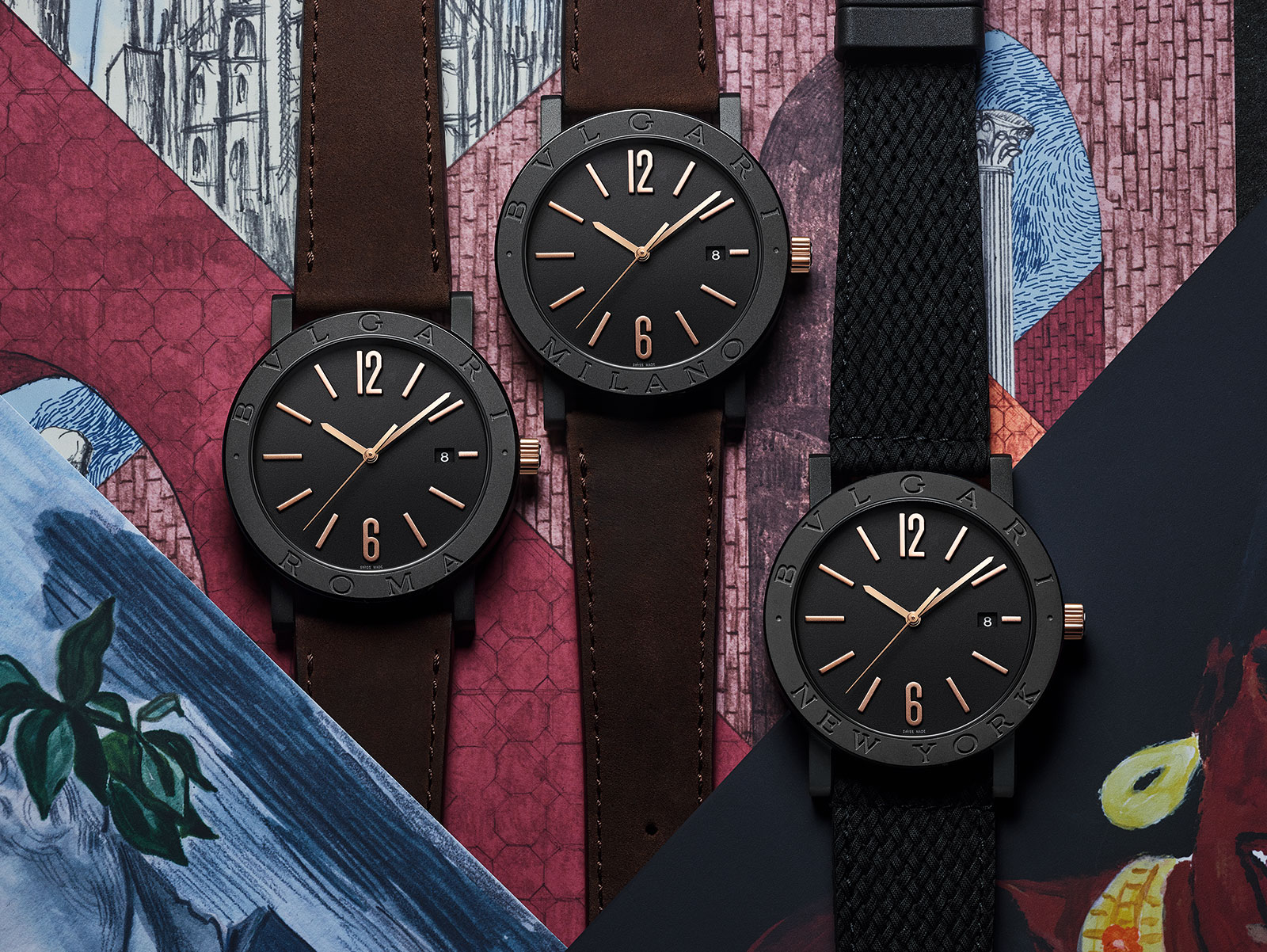 While Bulgari is probably best known for the ultra-thin Octo Finissimo and serpent-inspired, jewelled timepieces, one of its earliest wristwatch icons – and one with a broader appeal – is the Bulgari Bulgari, which happens to have been designed by Gerald Genta. And the new Bulgari Bulgari Cities Special Edition 2020 – each accompanied by a set of prints – actually harks back to the origins of the design, which was conceived as an entry-level watch.

Introduced in 1977, the Bulgari Bulgari was Genta’s adaptation of the Bulgari Roma, a digital quartz watch that Bulgari gifted its top 100 clients in 1975. Engraved with “BVLGARI” and “ROMA” on its bezel, the watch borrowed from ancient Roman coins with the reigning Emperor’s name inscribed on the circumference. Genta transformed the dinky gift into the Bulgari Bulgari, which has since become one of the jeweller’s trademark watches. 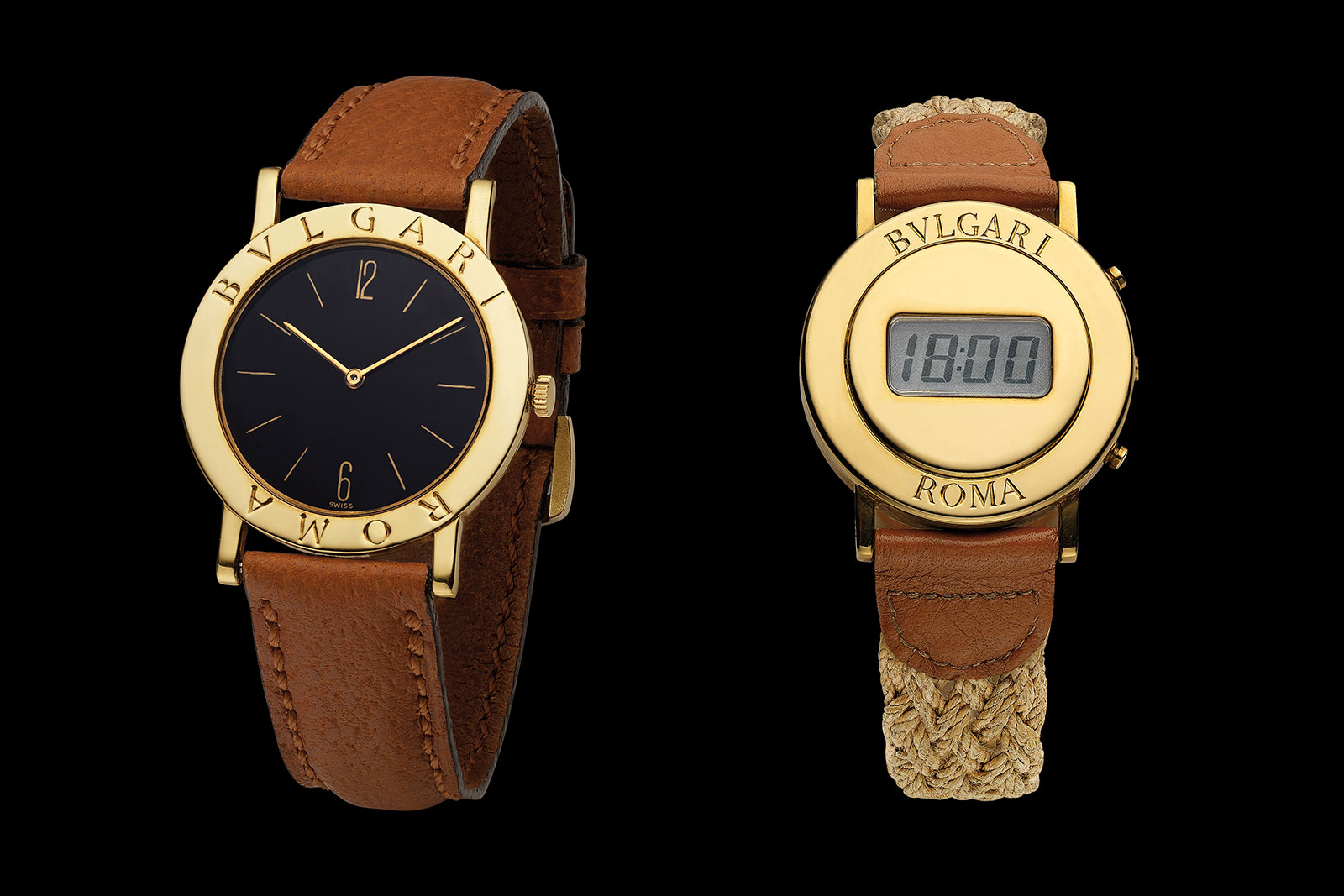 The new Cities Edition takes inspiration from a limited run of watches with black-plastic cases in the early 1990s. Though small, those were good-looking watches, because they combined the classic Bulgari Bulgari style with a stark black-and-gold livery. But the cases were plastic and the watches felt cheap – though to be fair they were cheaply, and fairly, priced.

Now Bulgari has translated the same look into a larger, upgraded watch with a steel case and in-house movement. It costs less than most other mechanical Bulgari watches, and probably the most cost-efficient method of obtaining Bulgari’s trademark watch design. Add to that the custom-commissioned artwork that is included with each watch, and it’s an attractive proposition.

From plastic to steel

And in 1993, Bulgari unveiled the original Bulgari Bulgari Cities, a limited edition in a matte, black plastic case with gold accents on the dial, which also bore the name of one of the roughly two-dozen cities where Bulgari had boutiques. Priced at a fraction of the next most-affordable Bulgari watch, the plastic watch was a hit.

Over the next two decades Bulgari introduced additional versions of the plastic watch, which was renamed Carbon Gold. But now Bulgari has finally done away with the plastic case, while retaining the black-and-gold look. 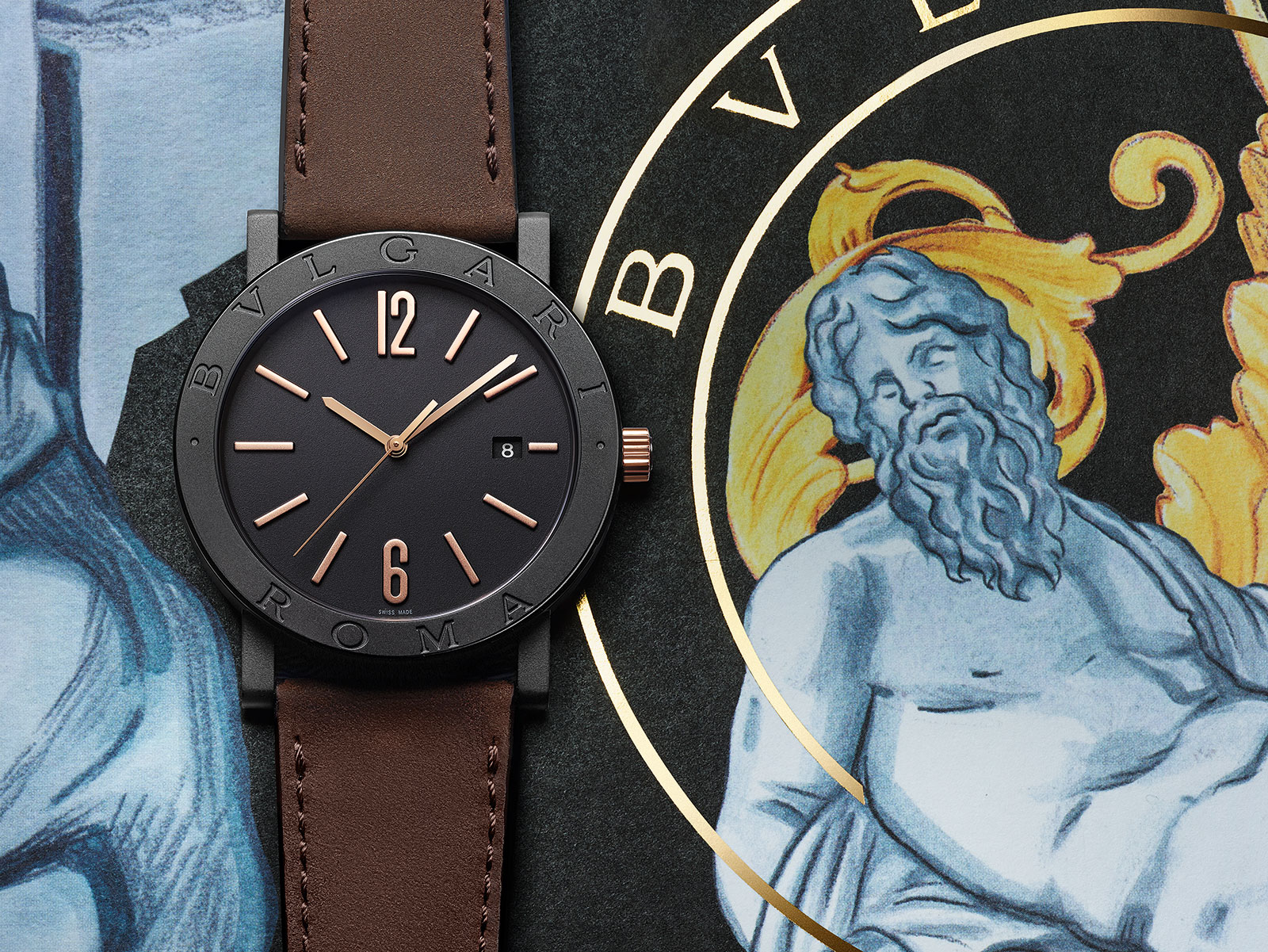 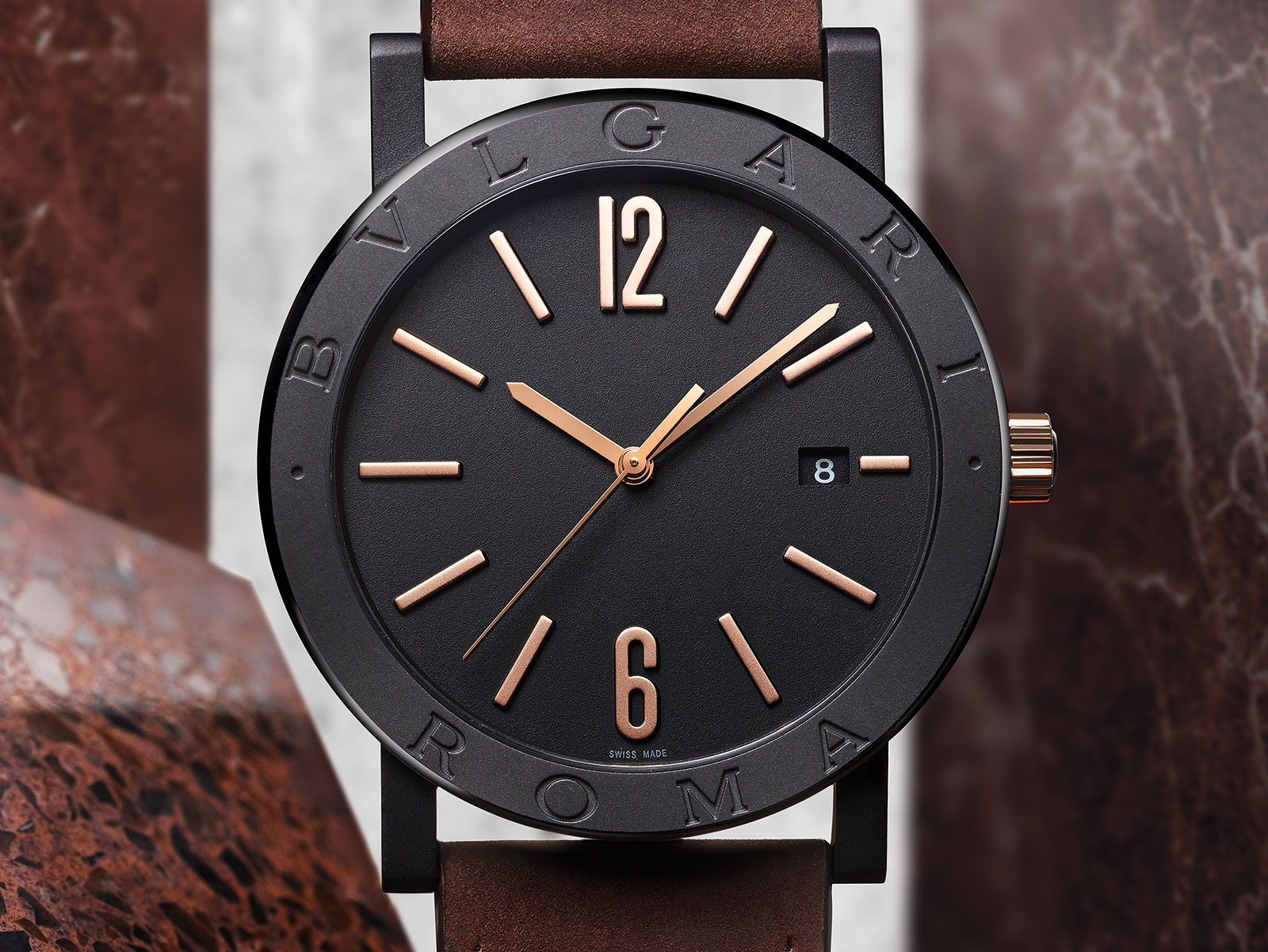 Instead of the brand on the lower half of the bezel, it features the name of one of nine cities where Bulgari has a major boutique – Rome, Tokyo, Dubai, Paris, London, Ibiza, Milan, Mexico City and New York.

Like many of the Octo Finissimo models, the Cities watch has a uniform sandblasted finish across the entire case that’s match with a plain black dial – with no branding – with pink gold hands and markers. The look is stark and minimalist. 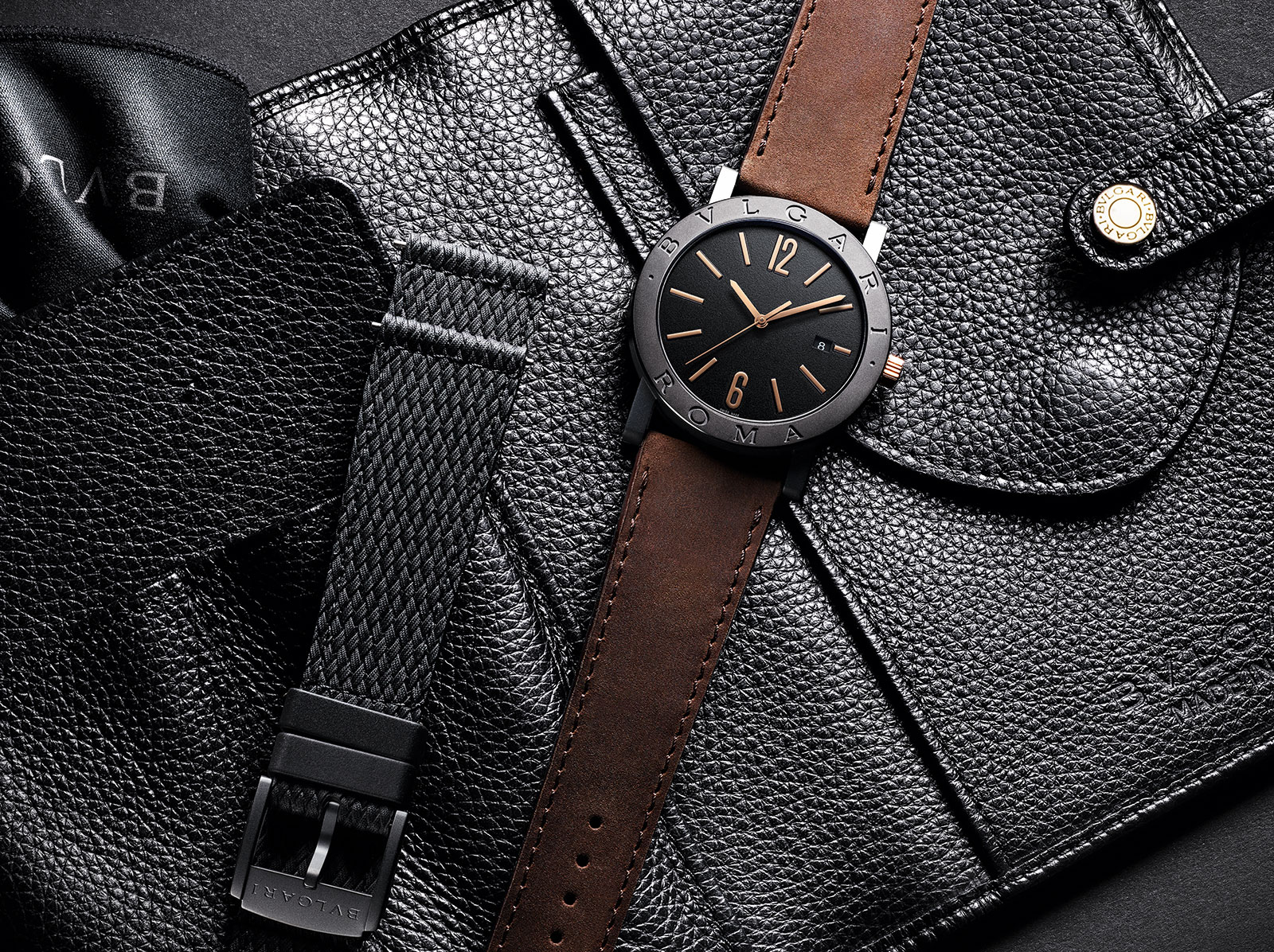 Each watch is delivered with an additional textured rubber strap

At the same time, the latest Bulgari Bulgari Cities is also powered by an in-house movement. While earlier generations were usually equipped with ETA automatic or quartz movements, the new model contains the BVL 191, a compact automatic with a 42-hour power reserve.

And more unusually, each watch will be accompanied by a set of 12 prints dedicated to the respective city of the watch. Each set of prints is the work of one of nine artists commissioned to create the illustrations. 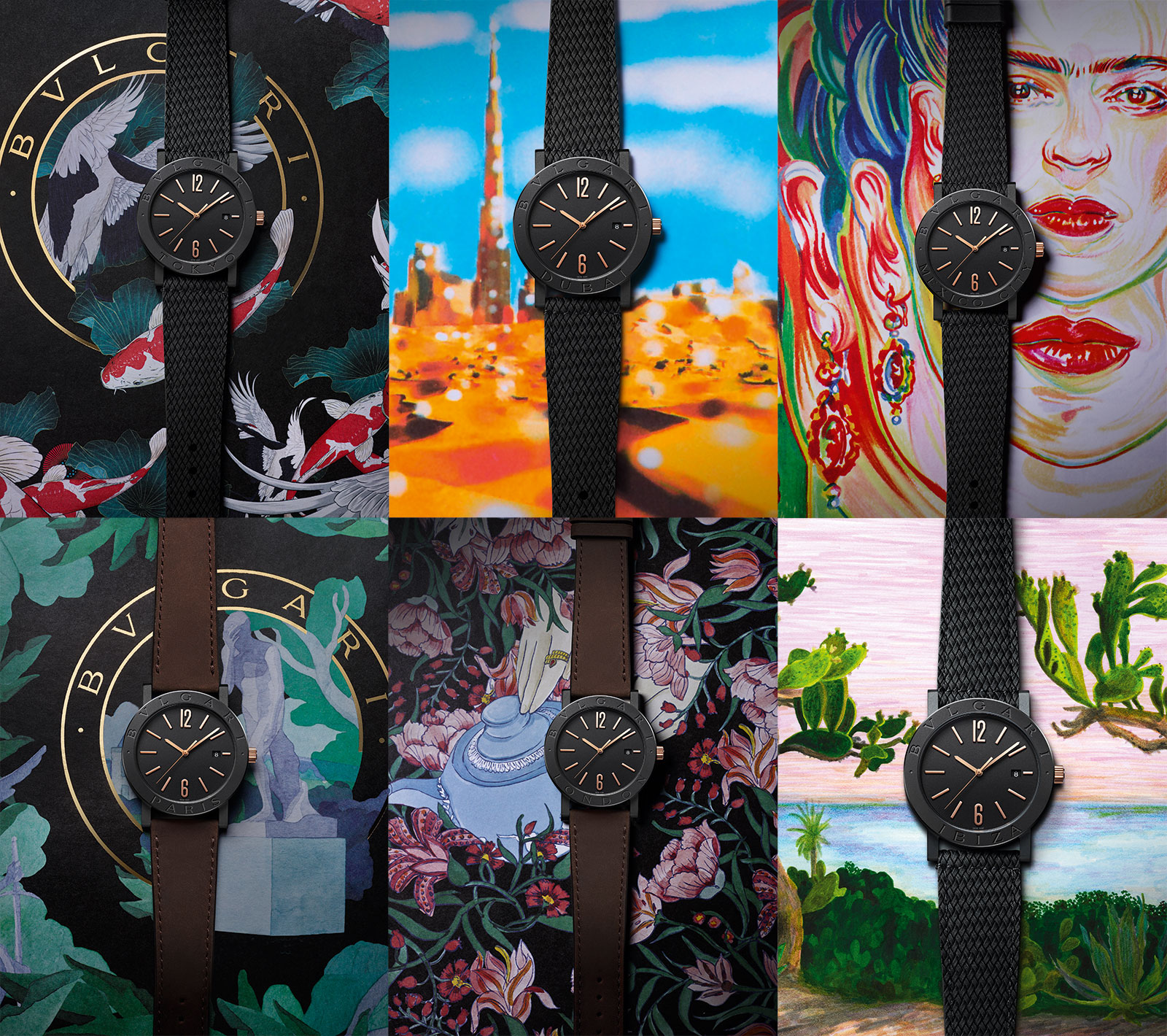 Six of the cities along with some of the prints

Limited edition: No
Availability: At boutiques and retailers around the world (though availability of each city model varies globally) starting mid 2020
Price: €4,250

Update April 30, 2020: “Initial thoughts” section added as it was left out in an earlier version. Apologies.