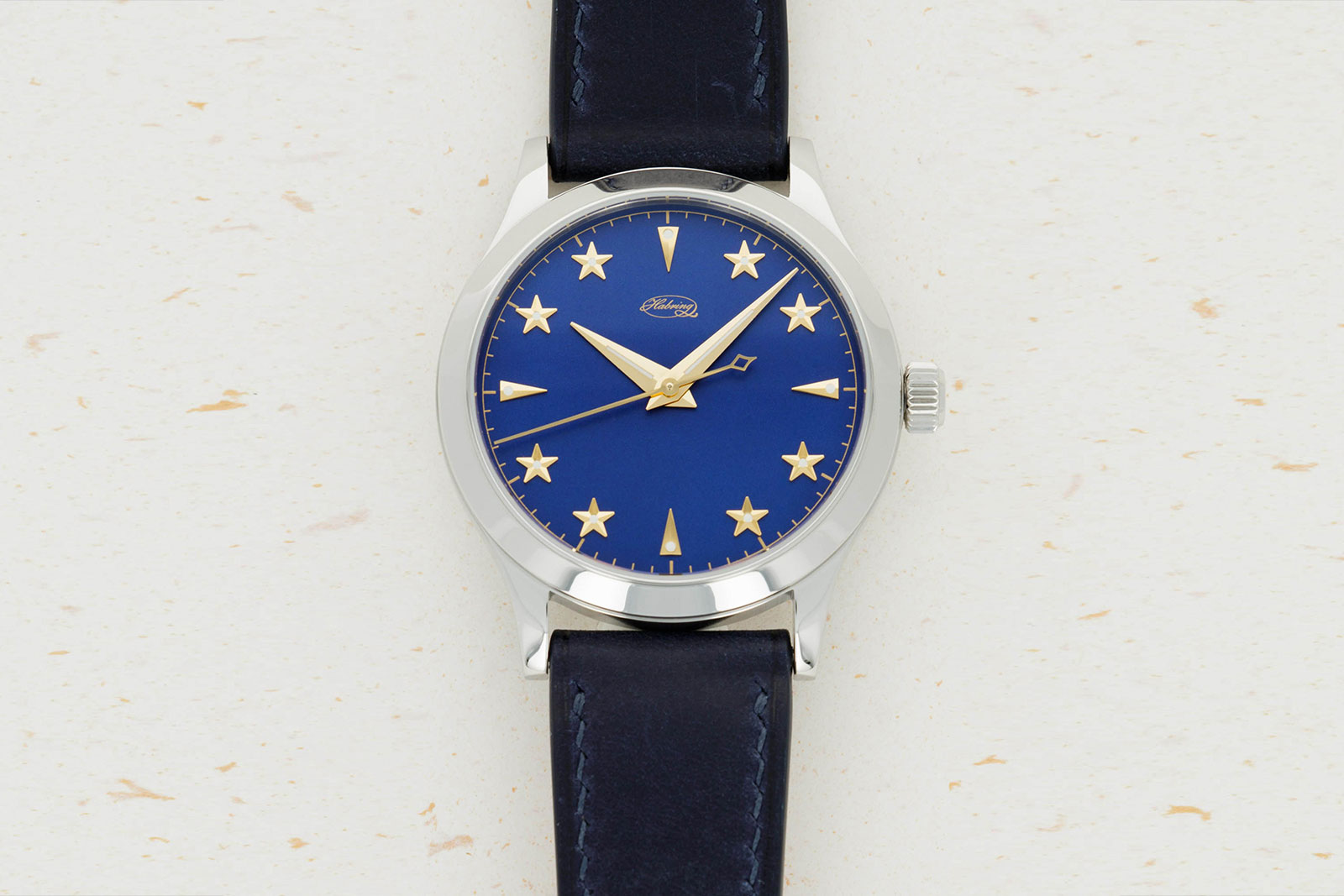 An online-only watch auctioneer, Loupe This is less than a year old but has notched up several high-profile results, including an F.P. Journe Resonance Ruthenium for US$352,000 as well as a Patek Philippe Nautilus ref. 5711/1A with an olive green dial for US$369,000 with all proceeds going to charity.

And it so happens that one of our very own SJX editions is going under the hammer on Loupe This. Our first collaborative edition, the Habring2 Erwin “Star” was a limited edition of 50, and one of the 50 is now being offered on Loupe This – with a modest estimate and no reserve. 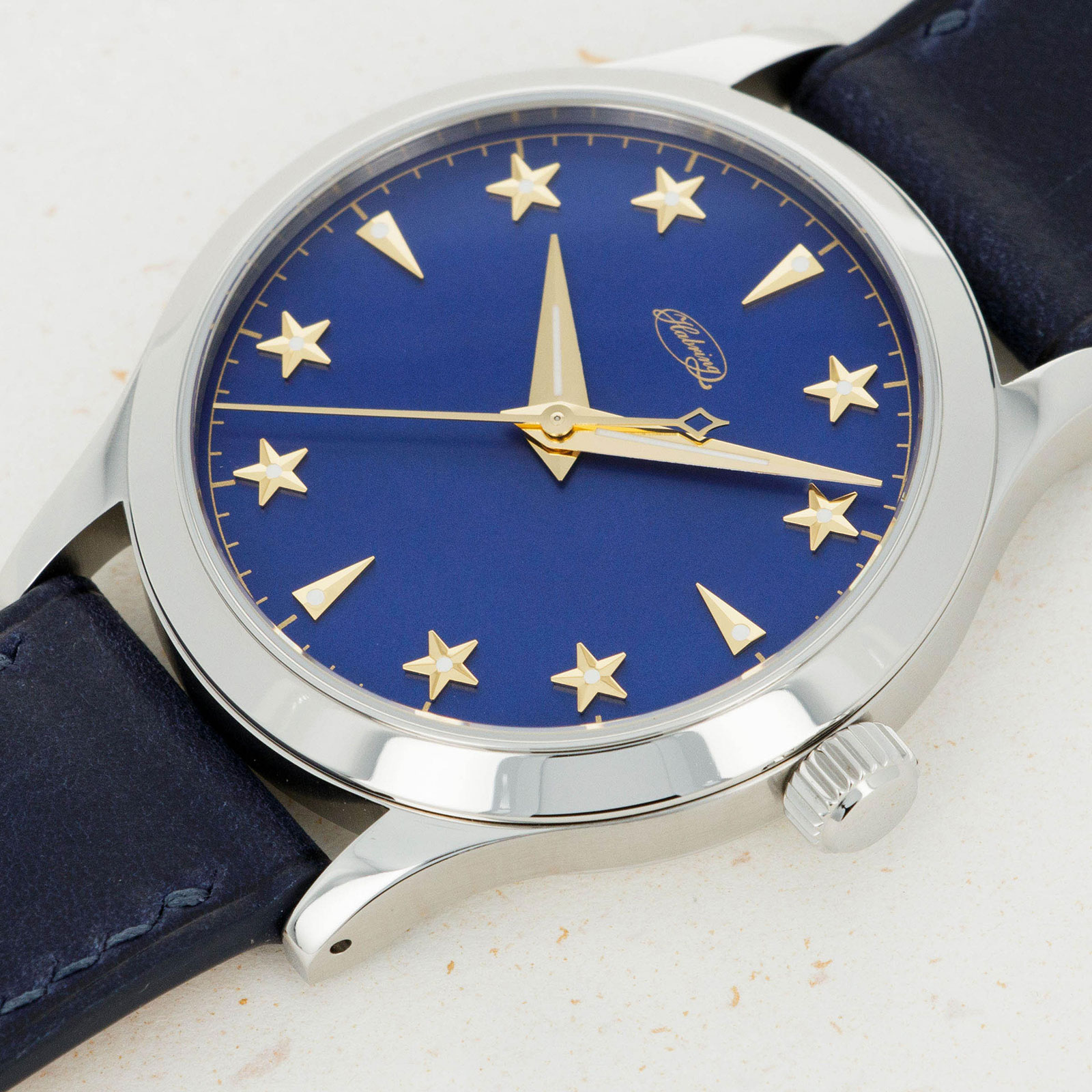 For a quick recap: we launched the Erwin “Star” in August 2021 as the first of our 10th anniversary editions. We are proud of the Erwin “Star”. It’s unusual, high quality, and affordable, which probably explains why it sold out almost instantly.

Though it’s a simple, time-only watch, it was made a little bit more special and a little bit different – the standard Erwin already features a jumping seconds, while the dial on our edition is unique to it.

Inspired by “star” dial wristwatches of the 1950s, the dial was tweaked to look more modern and distinct. That was done by changing the proportions and using a vivid blue for the dial that varies with the light. Notably, this is the first Habring2 wristwatch with applied markers. Each of the star-shaped hour markers are stamped, cut with diamond-tipped tool, and then polished for a mirrored finish. 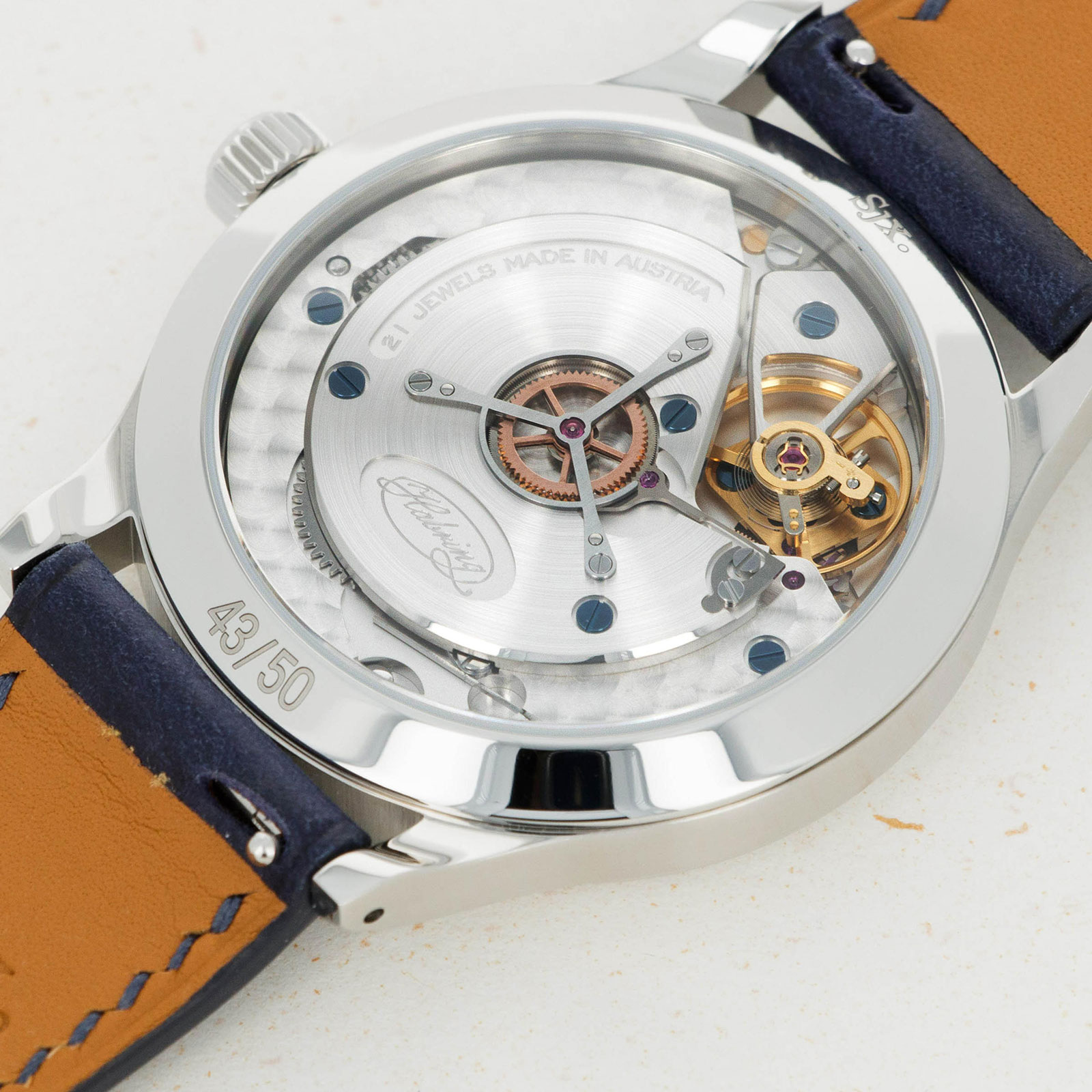 We paid attention to the details during the development of the watch, and that included the depth of the engraving on the case back, which is deeper than usual – and precise enough that the 12-dash ring within our logo was correctly reproduced

This is the second example we know of to change hands, but the first to be offered publicly. The first was sold in a private transaction between two American collectors.

The Erwin “Star” on Loupe This is 43 of the 50-piece series. It appears to be like new and includes the original box and papers. 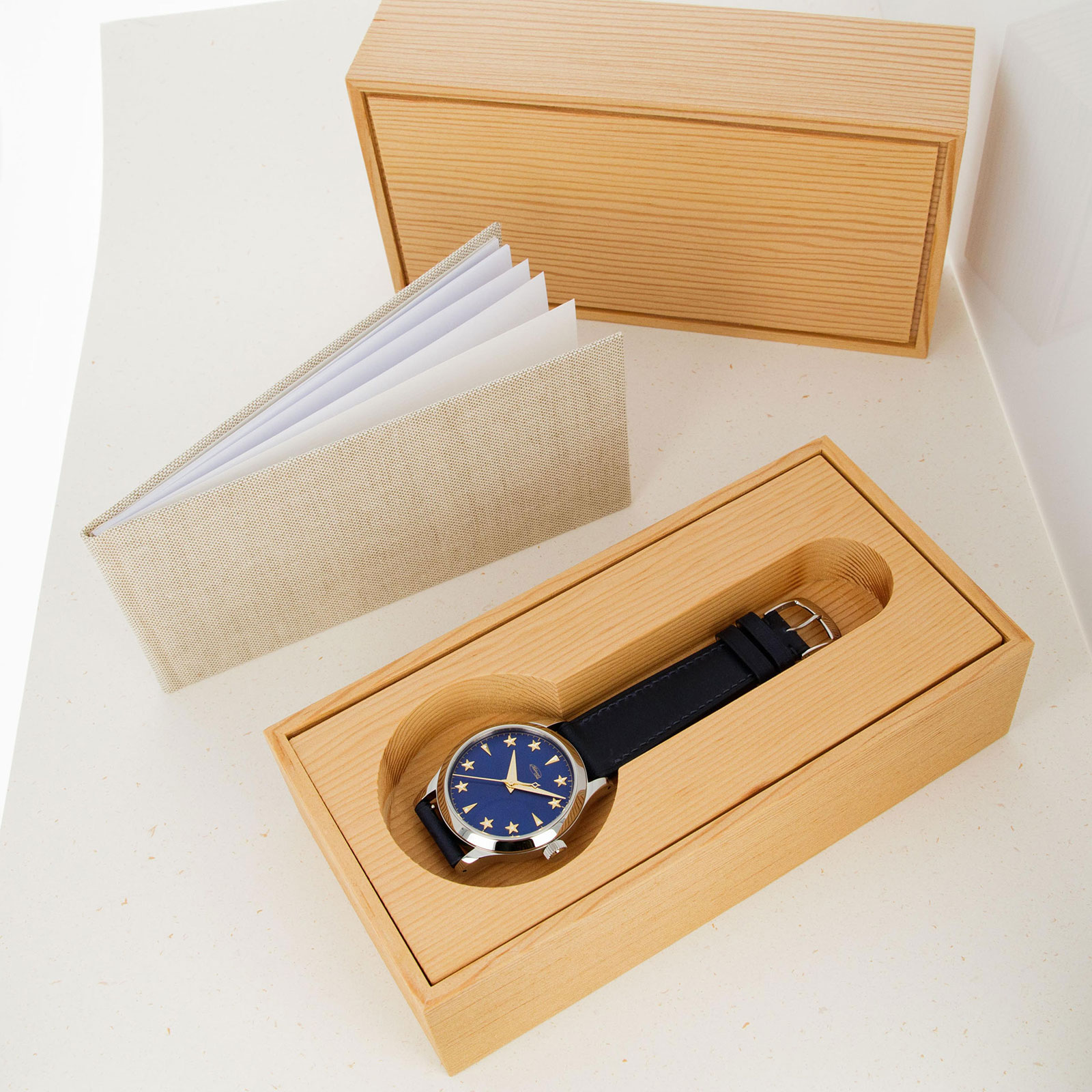