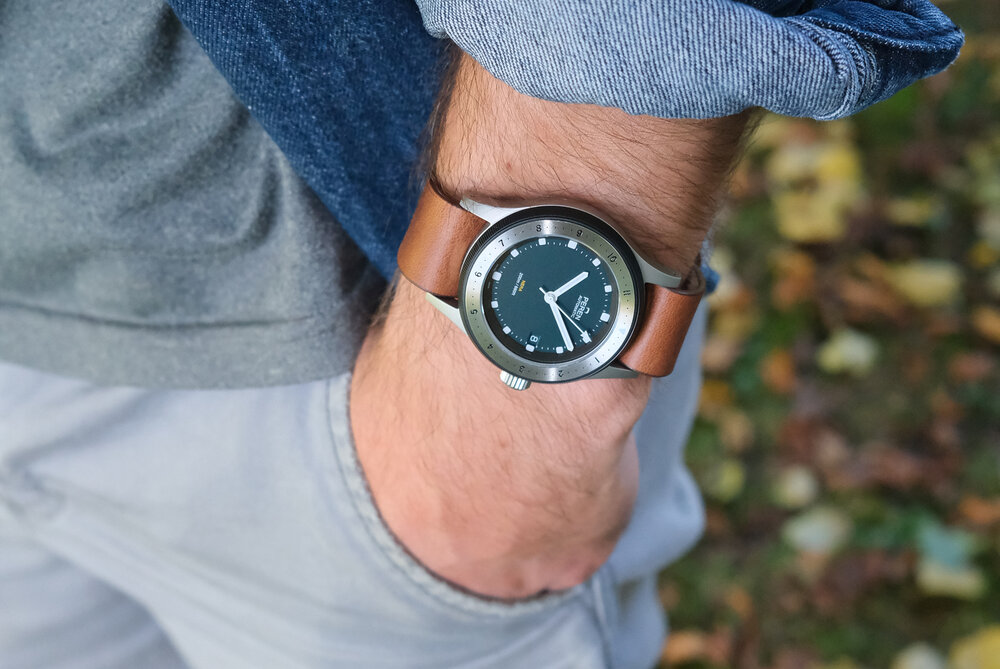 Founded by Romanian native Andy Bica-Popi but based in Switzerland, Peren styles itself as a Transylvanian watch brand. The micro-brand’s offerings are characterised by a clean, functional aesthetic, a style encapsulated by the Nera Rogue.

Peren’s first dive watch is loosely inspired by the Tornek-Rayville TR-900, a rare and obscure dive watch that’s actually a rebadged Blancpain Fifty Fathoms, which the Swiss watchmaker made for its American agent who in turn supplied them to the US Navy in the 1960s.

Utilitarian and cleanly styled, the Nera Rogue takes after the TR-900, which is reflected in the hour markers and bezel, but is evidently not a vintage remake. And in a nod to today’s fashionable colour, the Nera Rogue has dark-green dial. 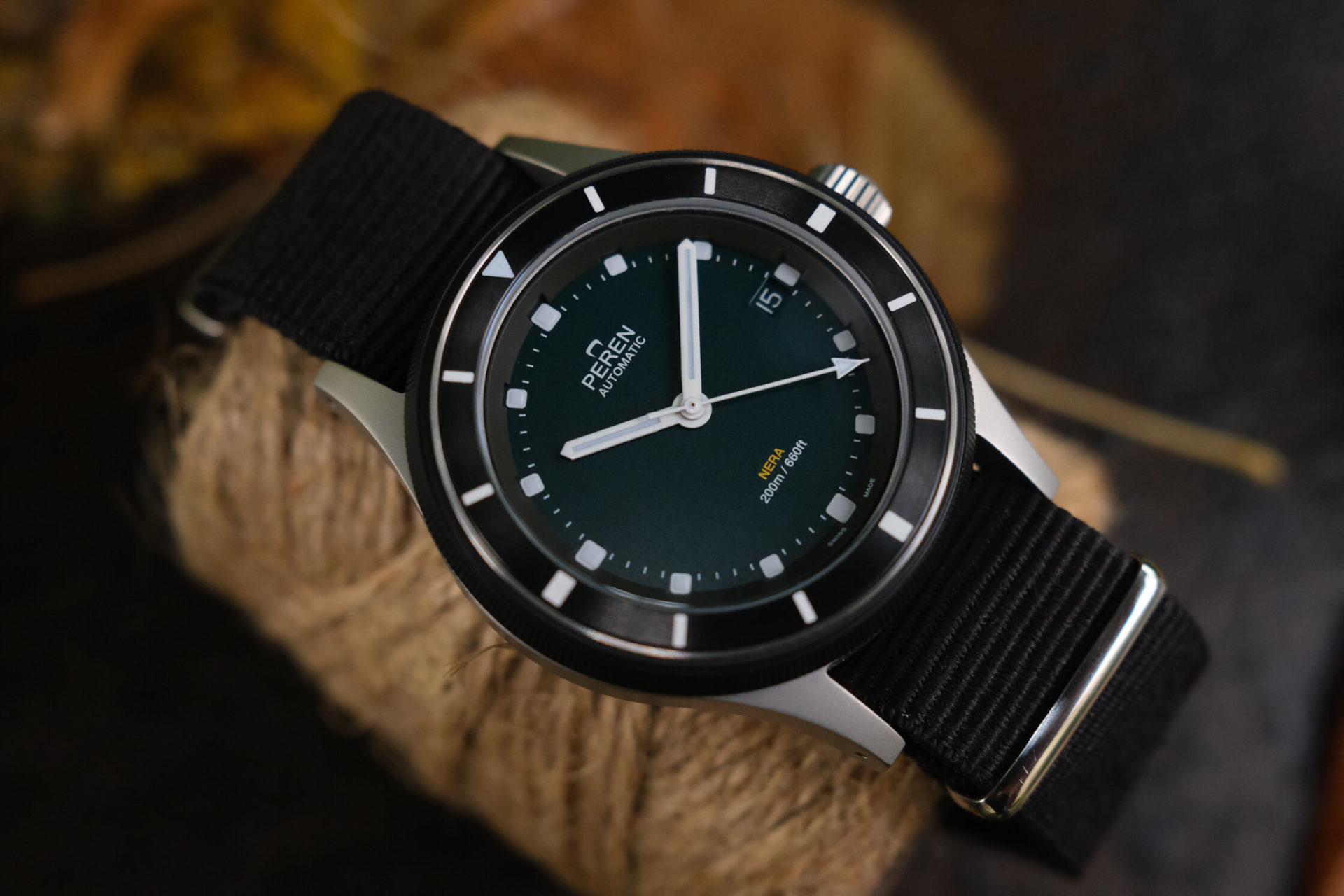 Granted, the population of micro-brands is ever increasing, especially those making dive watches, but a handful are both interesting and affordable enough to be worth a second look. Since micro-brands typically rely on the same few outsourced movements (often Sellita or Miyota), it falls to design to distinguish one from another.

And Peren manages to set itself apart – albeit only on the second try. The Nera Rogue is actually Peren’s second go at the design.

What’s really new on the Nera Rogue is actually its bezel – which is the primary element inspired by the TR-900 – while the rest of the watch is actually identical to a past model known as the Nera that was equipped with a smooth, unmarked bezel, making the watch appear way too plain. 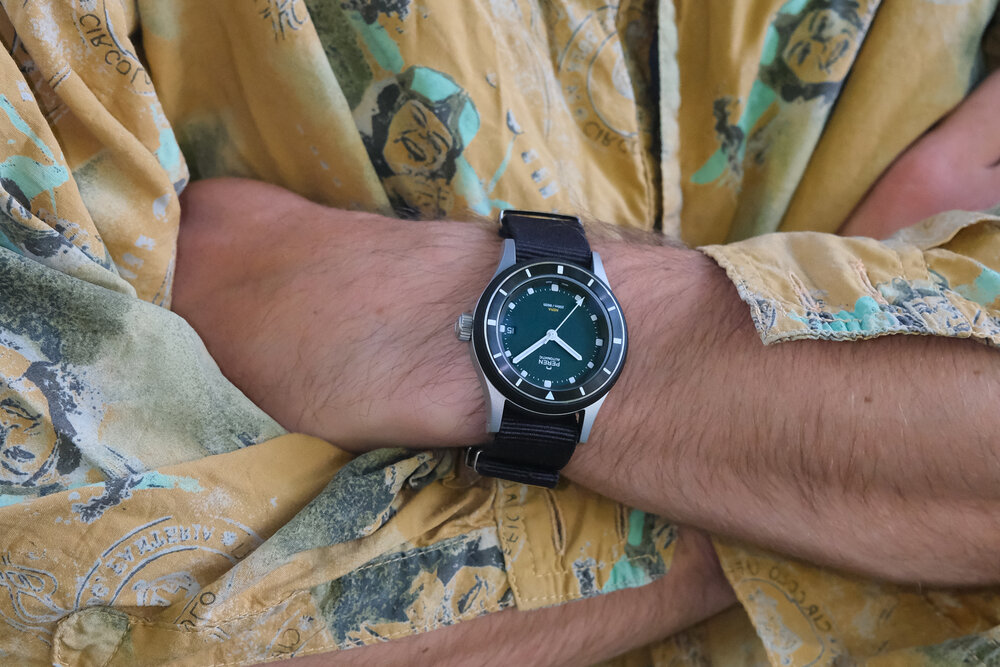 While the Nera Rogue is yet another vintage-inspired dive watch – which might make it derivative and even bland – but it is fortunately not a like-for-like replica. The Nera Rogue distinguishes itself with its instrument-like appearance, which is unexpectedly original despite being inspired by a vintage watch. It manages to look differently without trying too hard to look different.

And the price tag of just under US$500 make it fair value, considering it contains a tried-and-true Swiss movement.

Overall, the Nera Rogue appears well executed, which no doubt stems in part from Peren founder Andy Bica-Popi’s experience. He’s something of a micro-brand insider, having once worked for OEM manufacturers that produce watches for micro-brands. According to Mr Bica-Popi, the Nera Rogue emerged from a project that was abandoned by his previous employer. 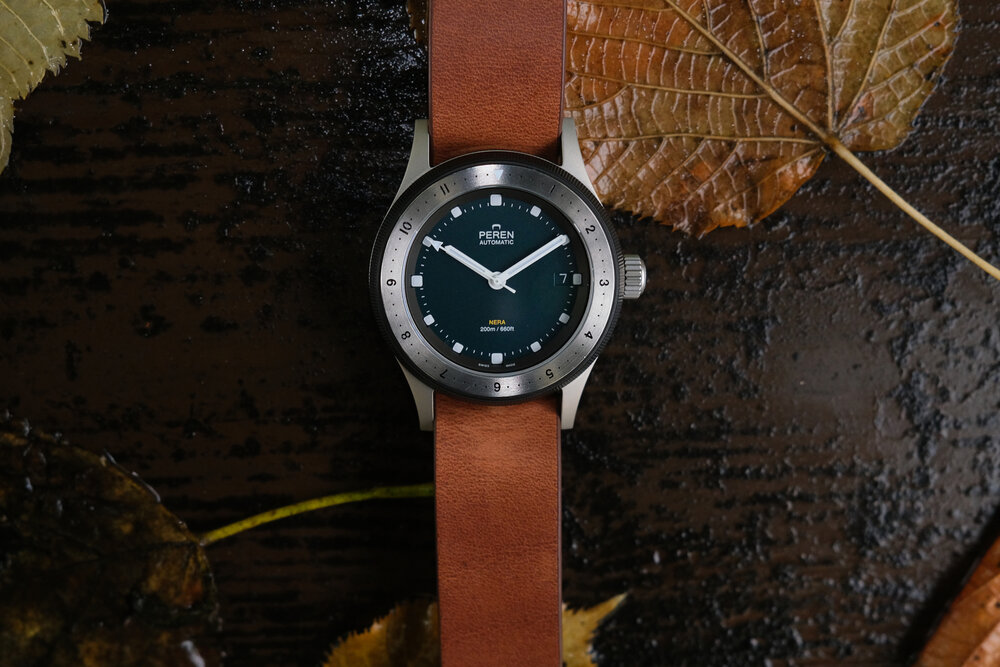 The Nera Rogue is available in two versions: the more conventional Nera Rogue with black, DLC-coated bezel and the Nera Rogue X with a brushed-steel bezel.

The black bezel makes the Nera Rogue the more coherent (and definitely more retro) variant because the rectangular hour markers continue on from the dial to the bezel, while also bringing to mind the Bakelite bezel of the TR-900.

But the brushed-steel bezel is appealing for its modern look that is farther away from the design of TR-900. And it is also more functional: the 12-hour markings on the steel bezel means it can double up as a second-time zone indicator. 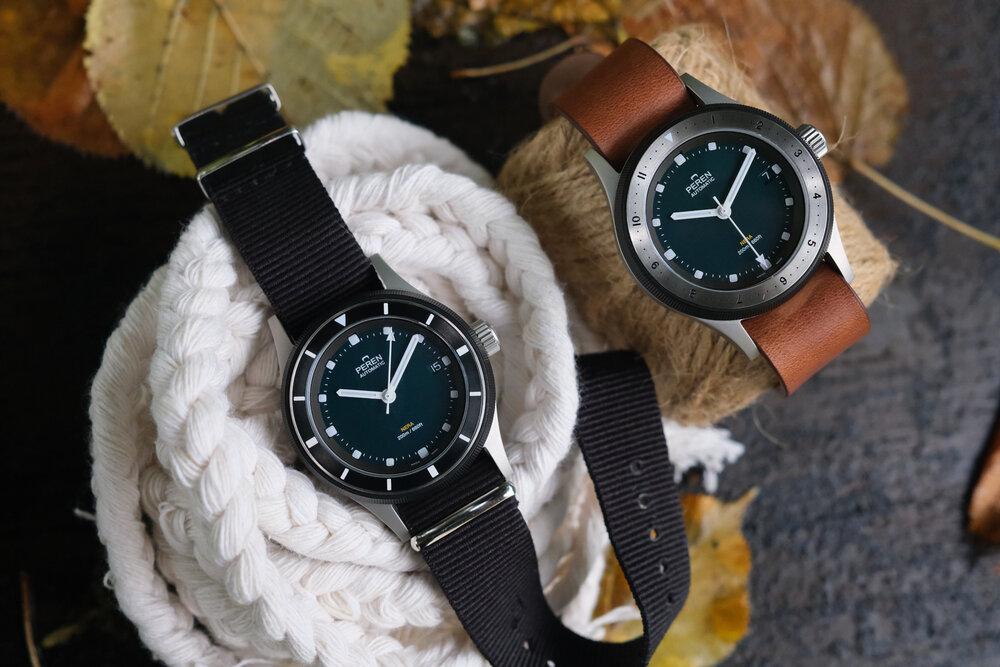 Both versions of the Nera Rogue share the same dark-green dial with the only hint of colour being the model name above six o’clock.

Like the dial, the case is simple in design. In fact, the case is the one aspect of the watch that’s most similar to the TR-900. One of its best features are the slim, long lugs, which are similar to those on the TR-900. Importantly, the lugs are not too long, measuring 48.8 mm from end to end.

And it’s also simply finished, with a bead-blasted finish on all surfaces like TR-900. But the bezel has extra-fine knurling on its edge, a more elegant detail than usual for a dive watch where wide, deep knurling is the norm. 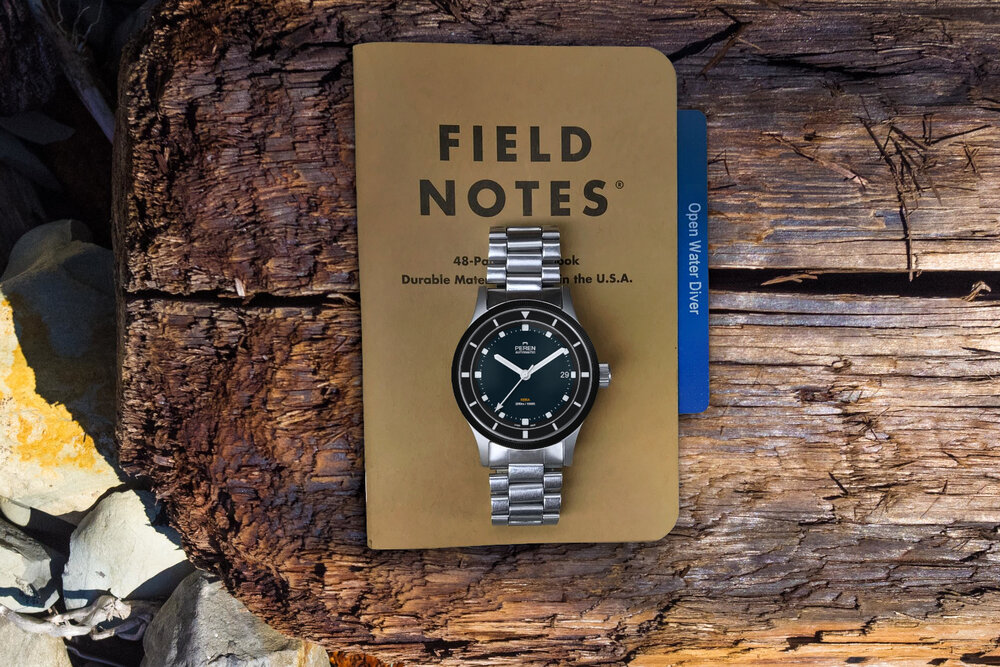 The TR-900 inspiration is also obvious on the case back, which is stamped with a variety of markings laid out like those on the back of the TR-900. And inside is a workhorse commonly found amongst watches of this price range (and higher), a Sellita SW200 that’s regulated by Peren’s watchmakers (who no doubt work for one of the contract manufacturers that specialises in micro-brands). 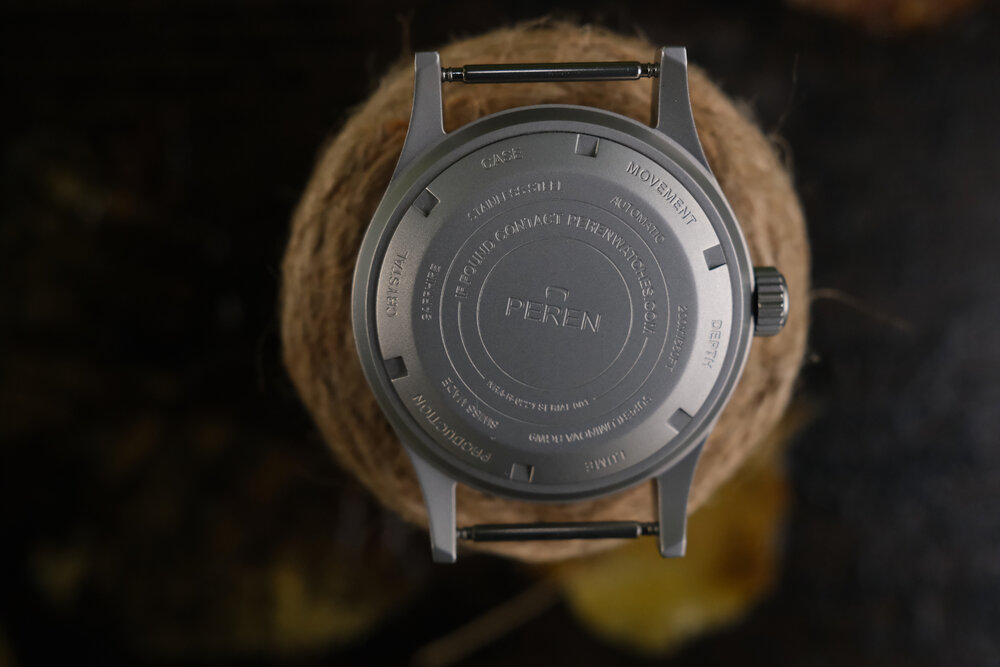