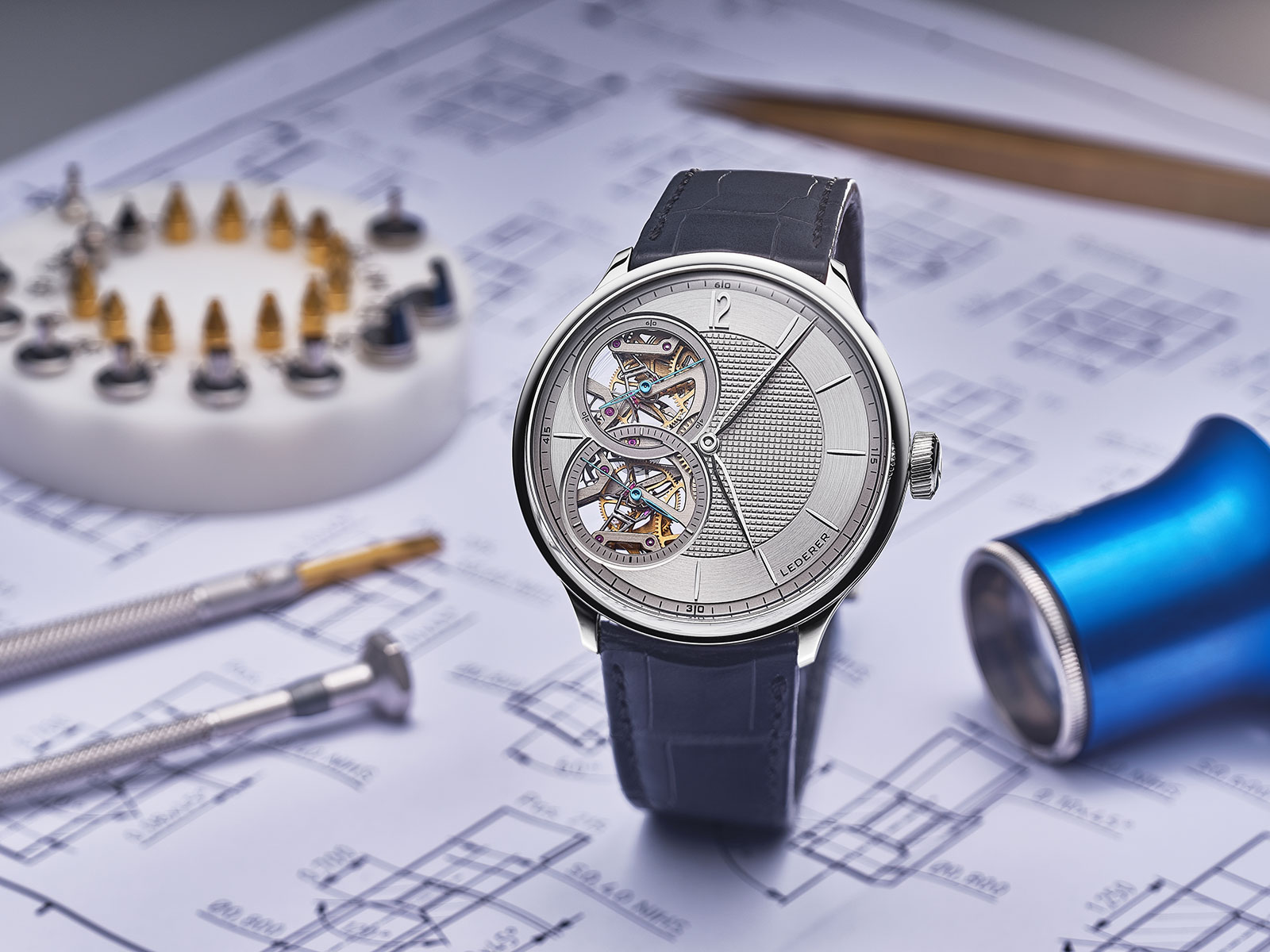 After Bernhard Lederer unveiled his impressive double-wheel escapement wristwatch last year, it was radio silence until now. As it turns out, Mr Lederer was working on refining the Central Impulse Chronometer, which is now being launched in its final, serial-production form.

The new watch is essentially the same watch, but with a new and improved dial. The movement remains the same: equipped with a double-wheel escapement featuring twin going trains, each equipped with a remontoir d’egalité constant force mechanism – making it one of the serious chronometers in modern horology. 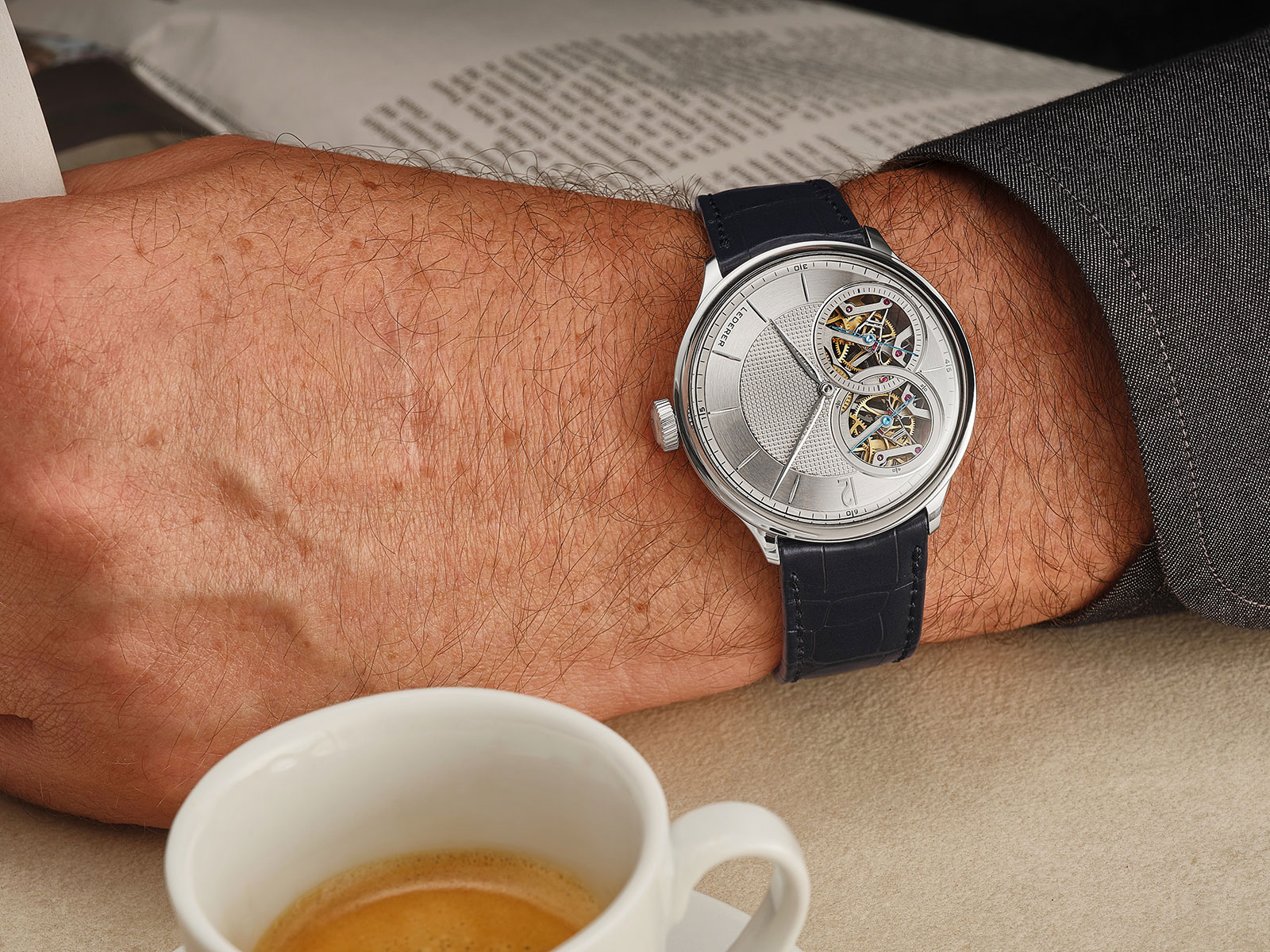 Entirely revised is the dial, which now has more elegant design, with slim hour markers framing a chequerboard guilloche centre. And the dial now incorporates gains a symmetrical, figure-of-eight aperture that showcases the twin escapements and remontoirs, with each having its own seconds hand – both turning in the opposite direction.

The CIC is one of the relatively rare wristwatches to incorporate a double-wheel escapement. But what makes the CIC uncommon is its execution – its escapement is powered by twin individual going trains – a construction famously conceived by George Daniels for his pocket watches, most notably the Space Traveller’s Watch. 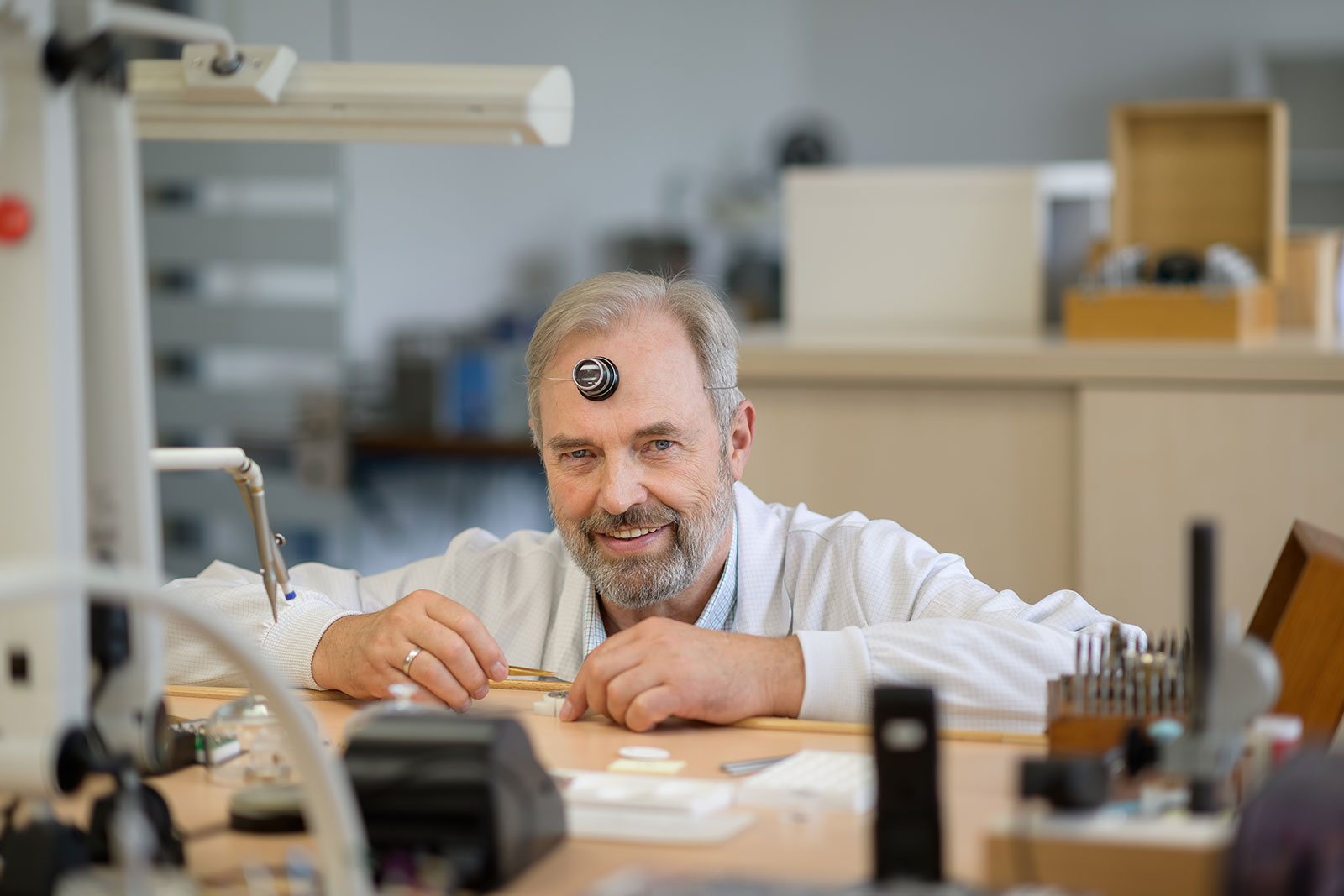 Bernhard Lederer at his bench

The degree of miniaturisation to fit such a construction into a watch puts the CIC amongst an exclusive class of timepieces that can be counted on one hand – made by George Daniels, Derek Pratt, and more recently Charles Frodsham.

But Mr Lederer stands apart, for he takes the idea a step further by building a constant-force mechanism into each going train, which deliver steady torque to both escape wheels for better timekeeping. 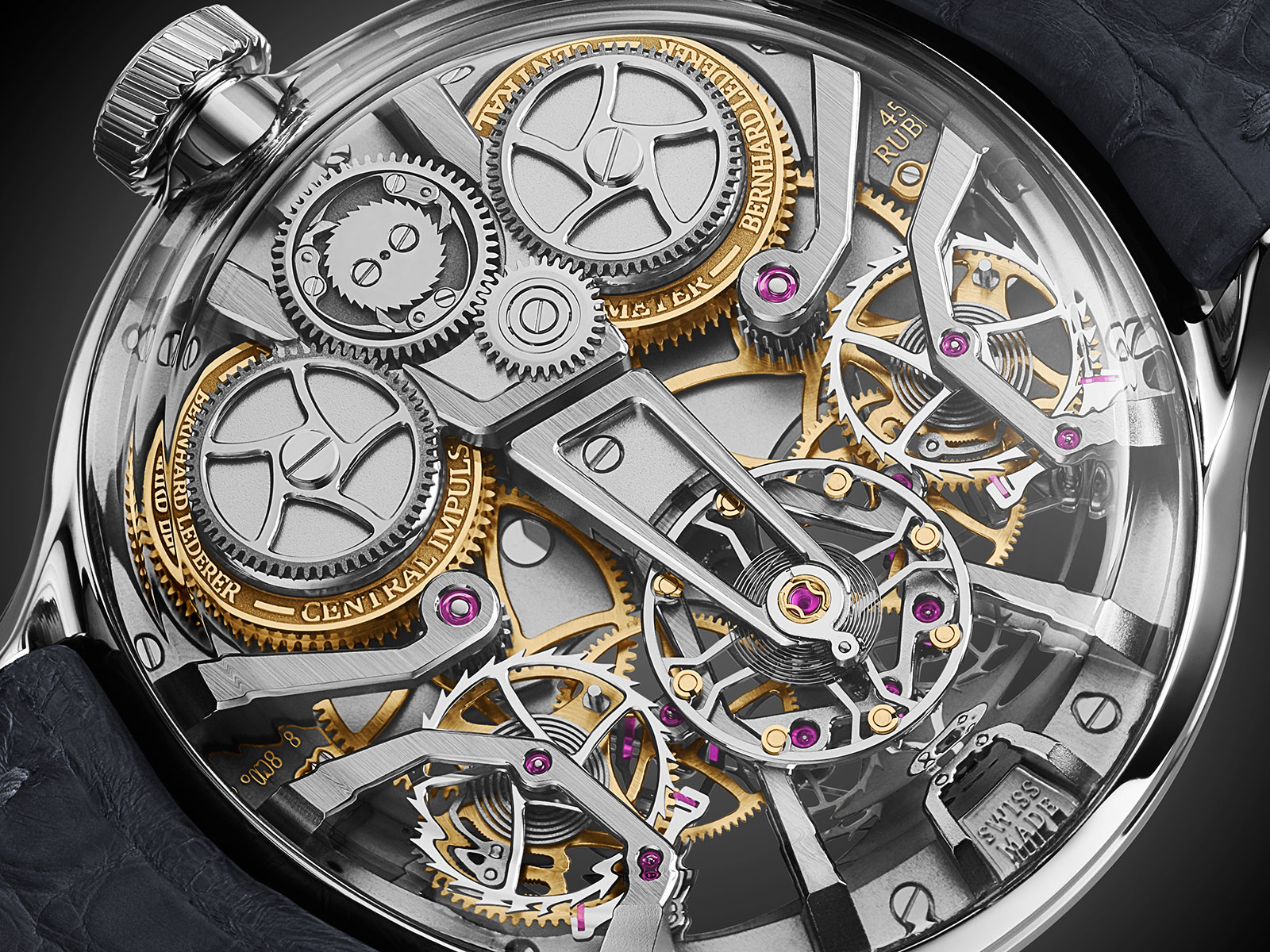 As horologically stimulating as the concept is, the CIC prototype’s aesthetics were lacking in style. That’s being resolved with the redesign.

While the prototype had either a solid or partially open-worked dial with a small seconds, the production design is available only in one configuration: an elegant dial open-worked with a figure-of-eight that echoes the symmetry of the movement, as it reveals the escape wheel and remontoir of each going train. 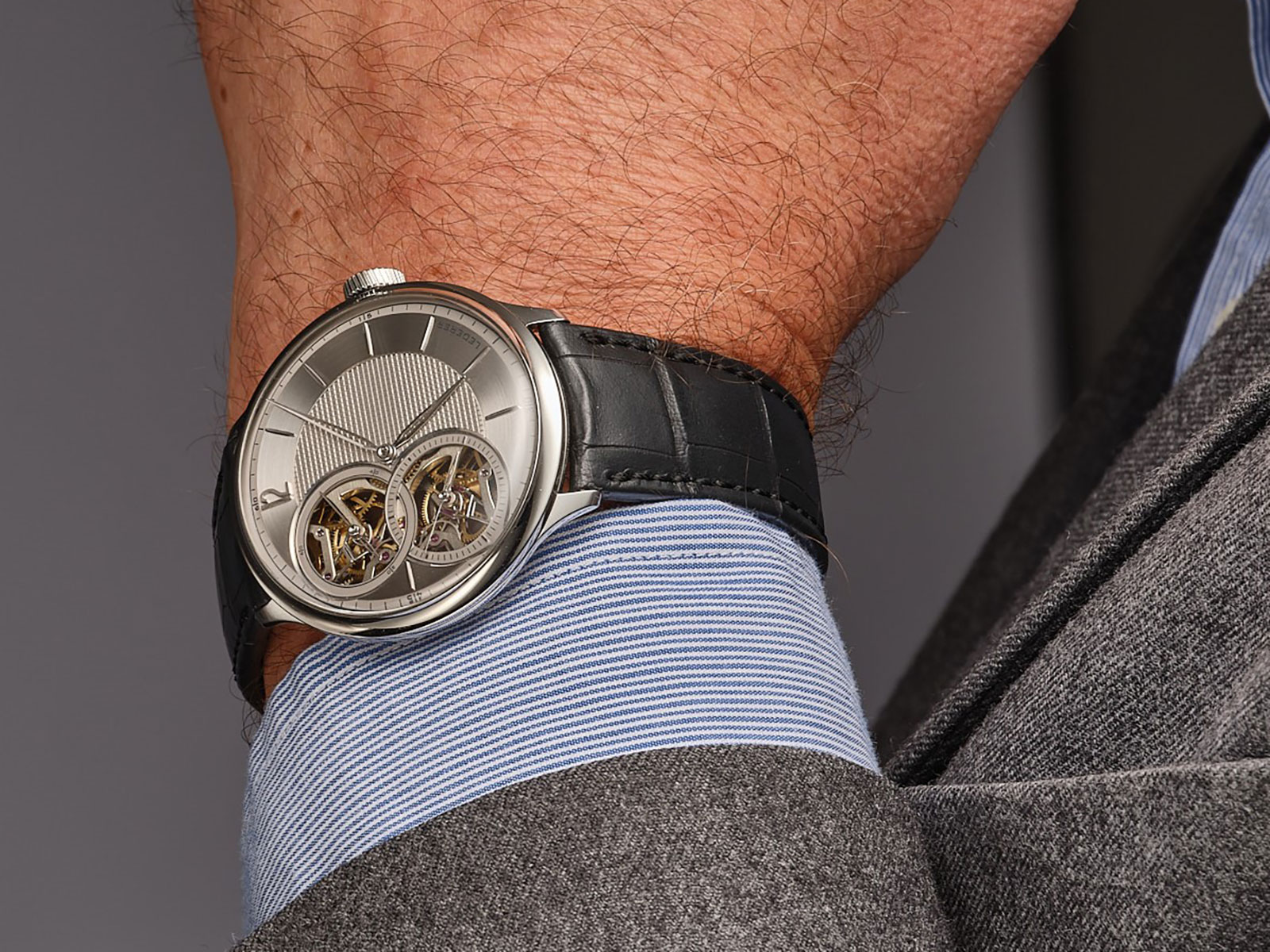 A seconds hand is mounted on the fourth wheel of each going train so the hands rotate in opposing direction, which is a consequence of the symmetrical nature of the movement design.

The rest of the dial is more refined, with a two-lever construction – the chapter ring with the hours is concentrically brushed, while the inner section is finished with tapisserie engine turning. And the centre of the hands are skeletonised instead of being lumed as they were on the prototype, which creates a sharper appearance. 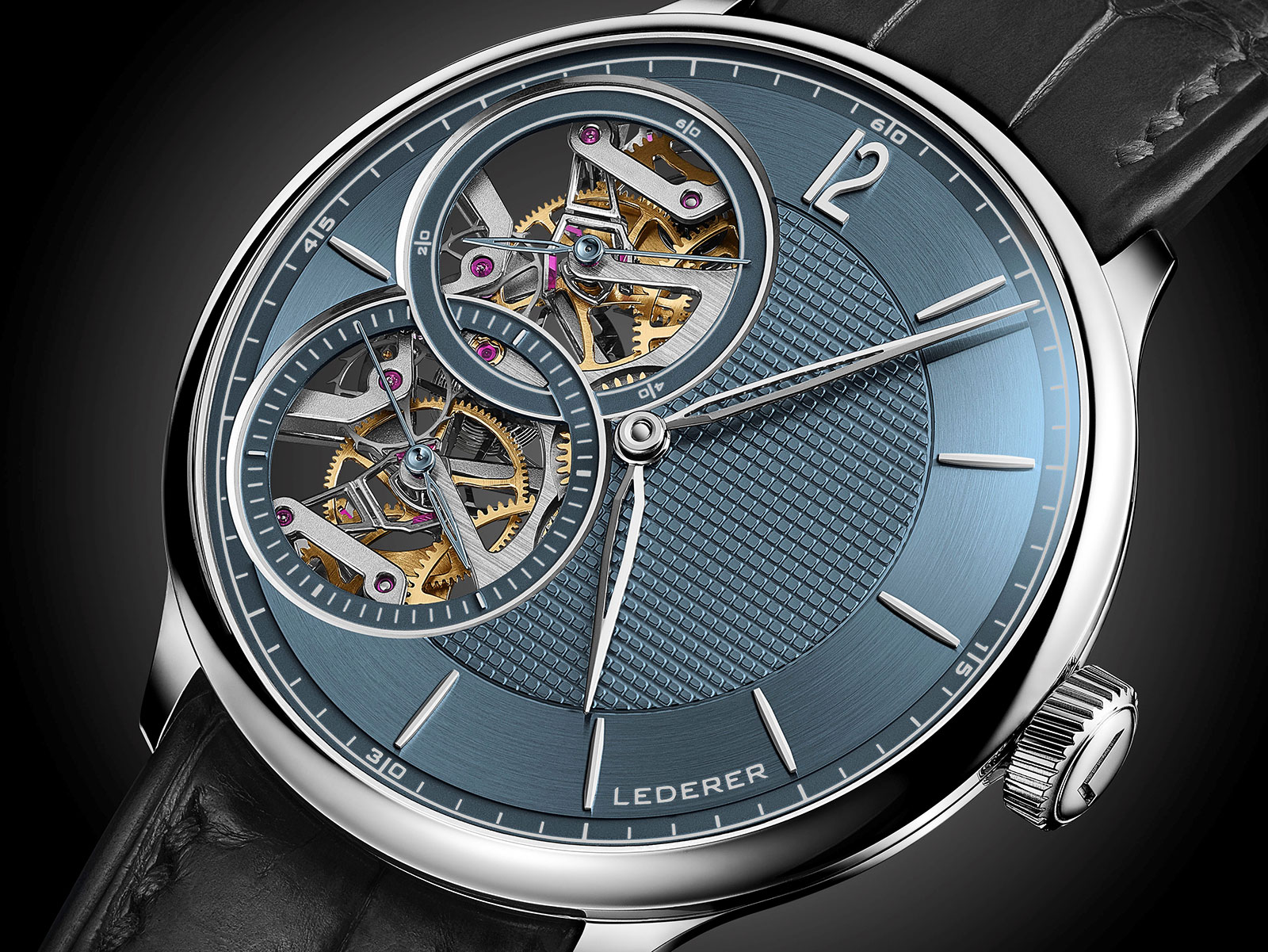 The price of the serial-production CIC is identical to what was announced last year, which is CHF128,000. No doubt a lot of money for a time-only watch – albeit one that’s unusual, interesting, and genuinely impressive – the price is especially reasonable considering what luxury-sports watches sell for today.

Breguet achieved that with a pair of escape wheels that are released in alternating fashion, one after another, via a central detent that rocks back and forth – essentially making the detent unlock in both directions, allowing the escapement to to be self-starting. 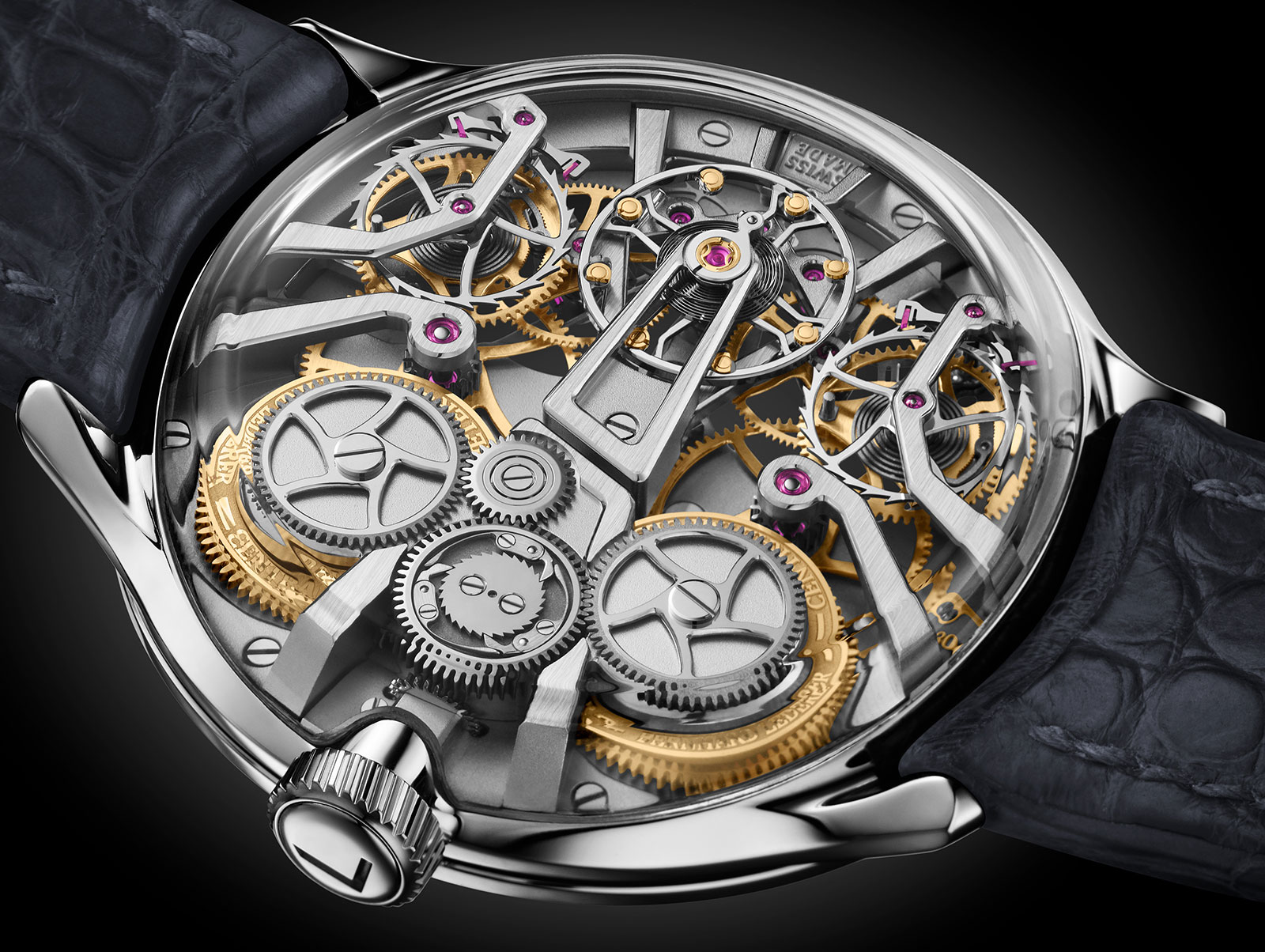 Breguet’s invention inspired several natural escapements devised in the modern day, most of which gear the two escape wheels together, which simplifies the design and allows the use of just one going train. The caveat, however, is the need for extreme tolerances in both escape wheels, with almost no margin for error in their meshing, in order to ensure both rotate together in sync without any backlash. Consequently, such movements tend to be finicky.

Perhaps the most advanced evolution of the natural escapement, Mr Lederer’s CIC opts for the more difficult route – it is an independent, double-wheel escapement with individual going trains to power each escape wheel. This provides an independent degree of freedom for each escape wheel – while one unlocks, it is free to rotate while the other is still locked. And the symmetry in design means both escape wheels behave identically and maintain a symmetrical beat.

Mr Lederer optimised the classic natural escapement for quicker acceleration of the escape wheels and optimised energy transfer to the balance wheel. Furthermore, its lever design helps facilitate the self-starting capability when the watch is wound.

The nature of the movement means the two gear trains naturally result in a symmetrical layout, with the balance cock dividing the movement into two near-identical halves. 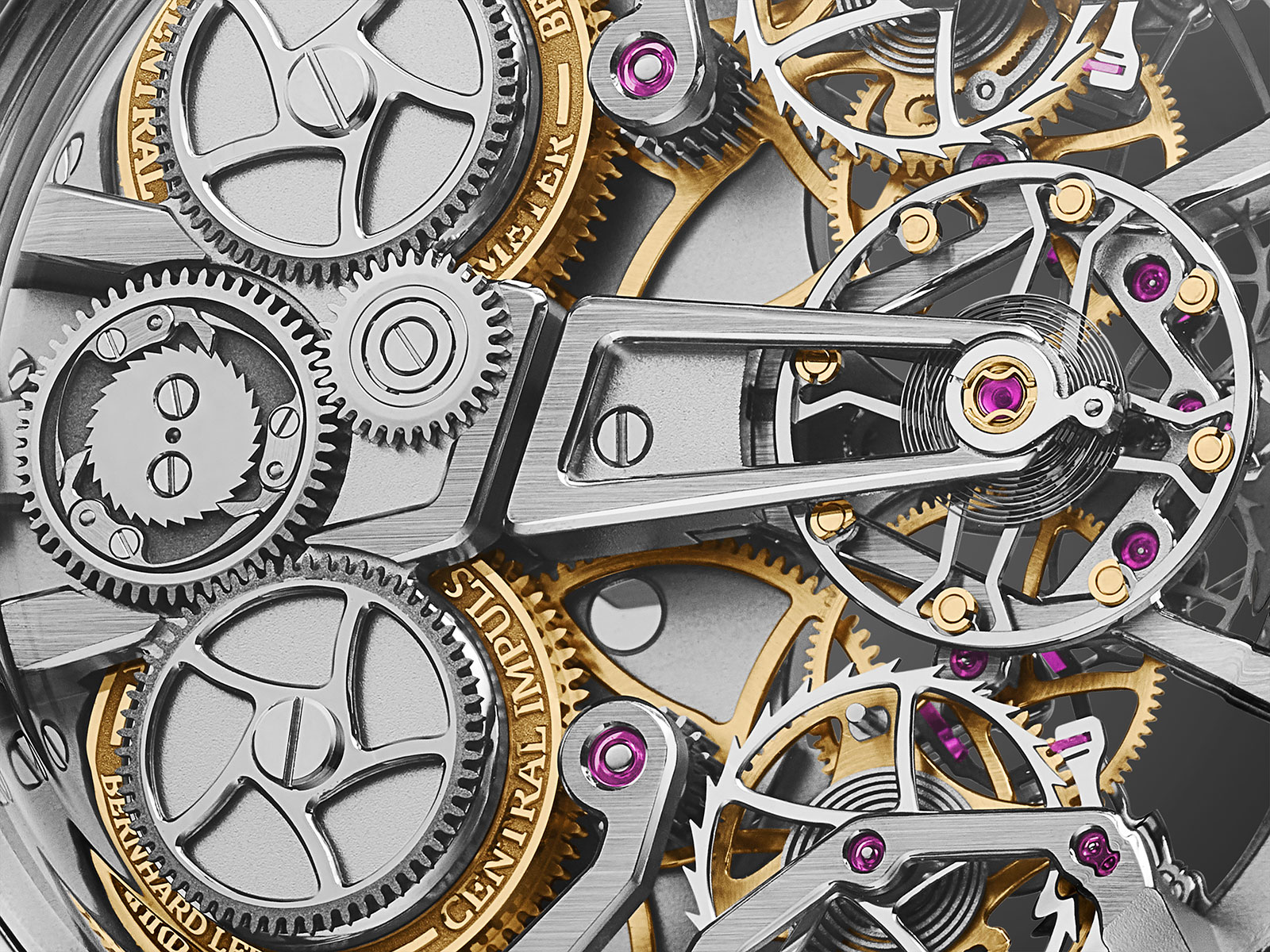 Though the movement remains largely identical to that of the prototype, the CIC movement has been upgraded with an overcoil hairspring to go with the free-sprung balance (which is slightly tweaked to include two more masselots) – an ideal upgrade for a timepiece focused on chronometric performance.

Much of the rest of the movement as shown in prototype form has been refined, including the beautiful triple winding click of the ratchet wheel, ensuring tactile clicks as the two mainspring barrels are wound.

The twin openings on the front show off each of the escape wheels, providing an insight into why the seconds hands turn in opposite direction. The lower hands turns clockwise, while the upper hands goes counterclockwise. 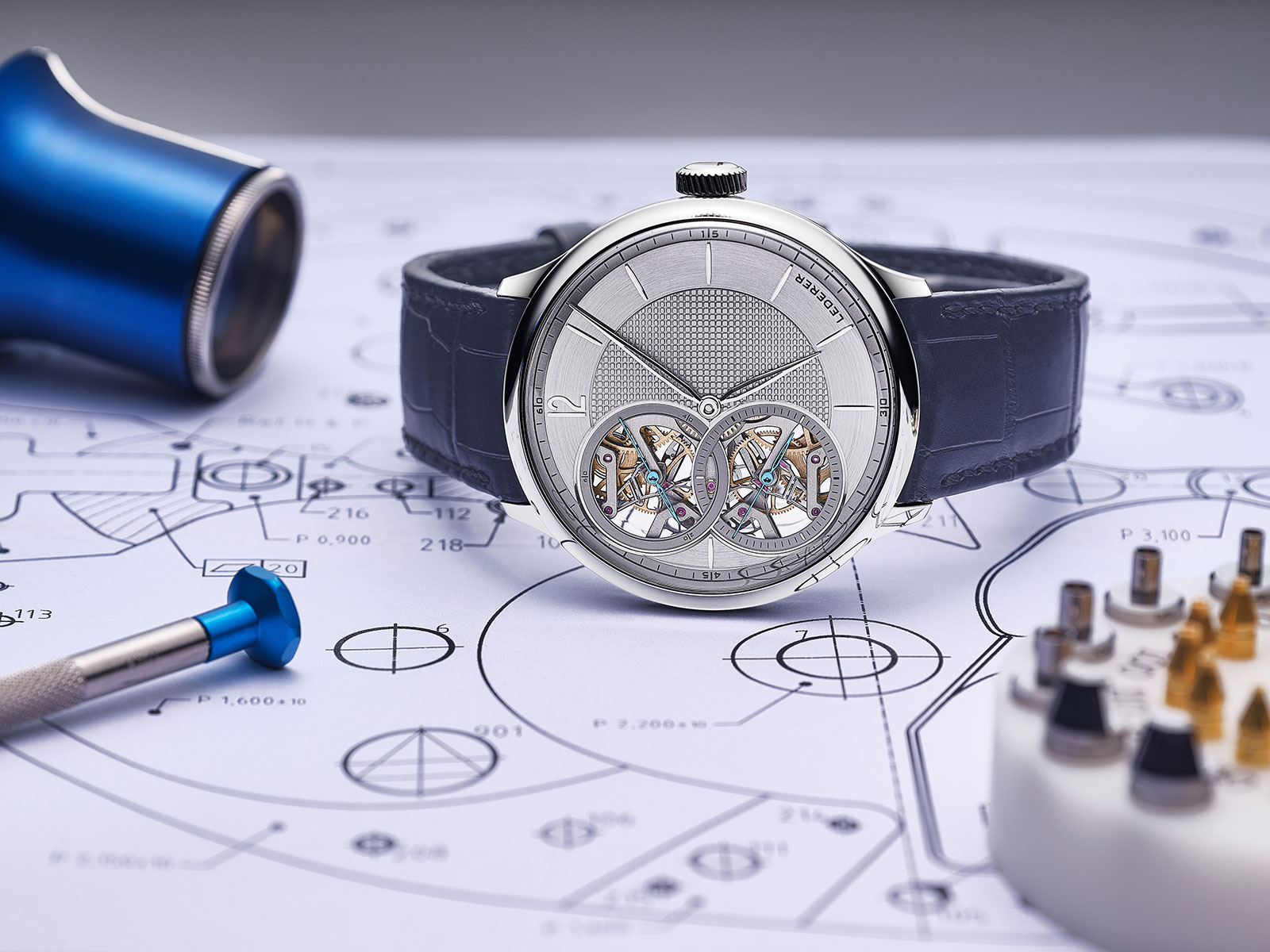 Also visible through the dial are the Reuleaux triangles that share the pivot of the seconds hands – these serve as the timer of the remontoir mechanism.

Every 60° turn of the Reuleaux triangle (equivalent to ten seconds) unlocks the remontoir in one direction and thus recharges it. The remontoirs are staggered in timing, so they unlock in alternating cycles every five seconds, creating a tangibly visual and audible complication. 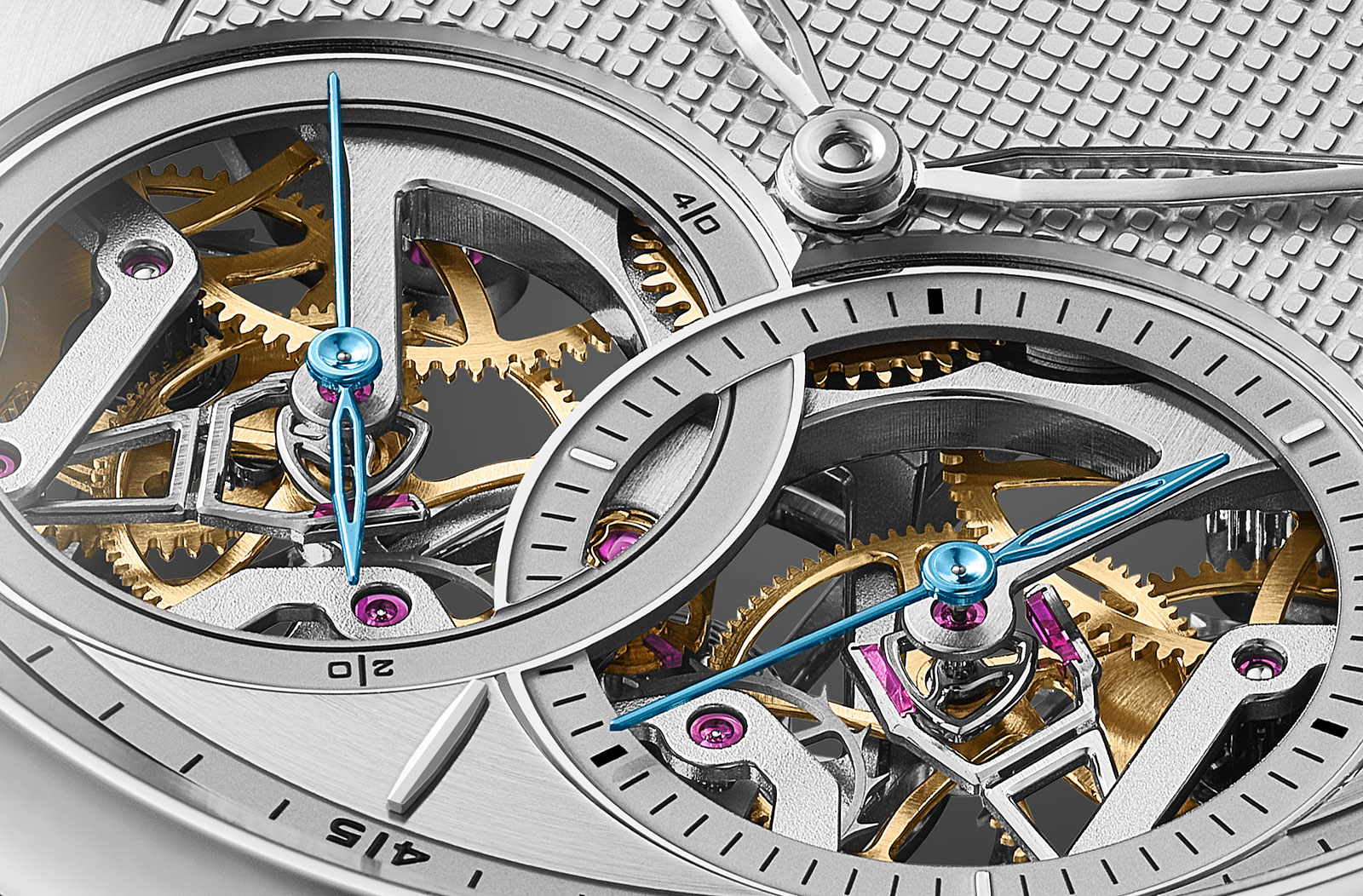 The CIC is a limited edition of 50 watches in white gold – the only case material available for now – with 25 each with a silver or blue dial. 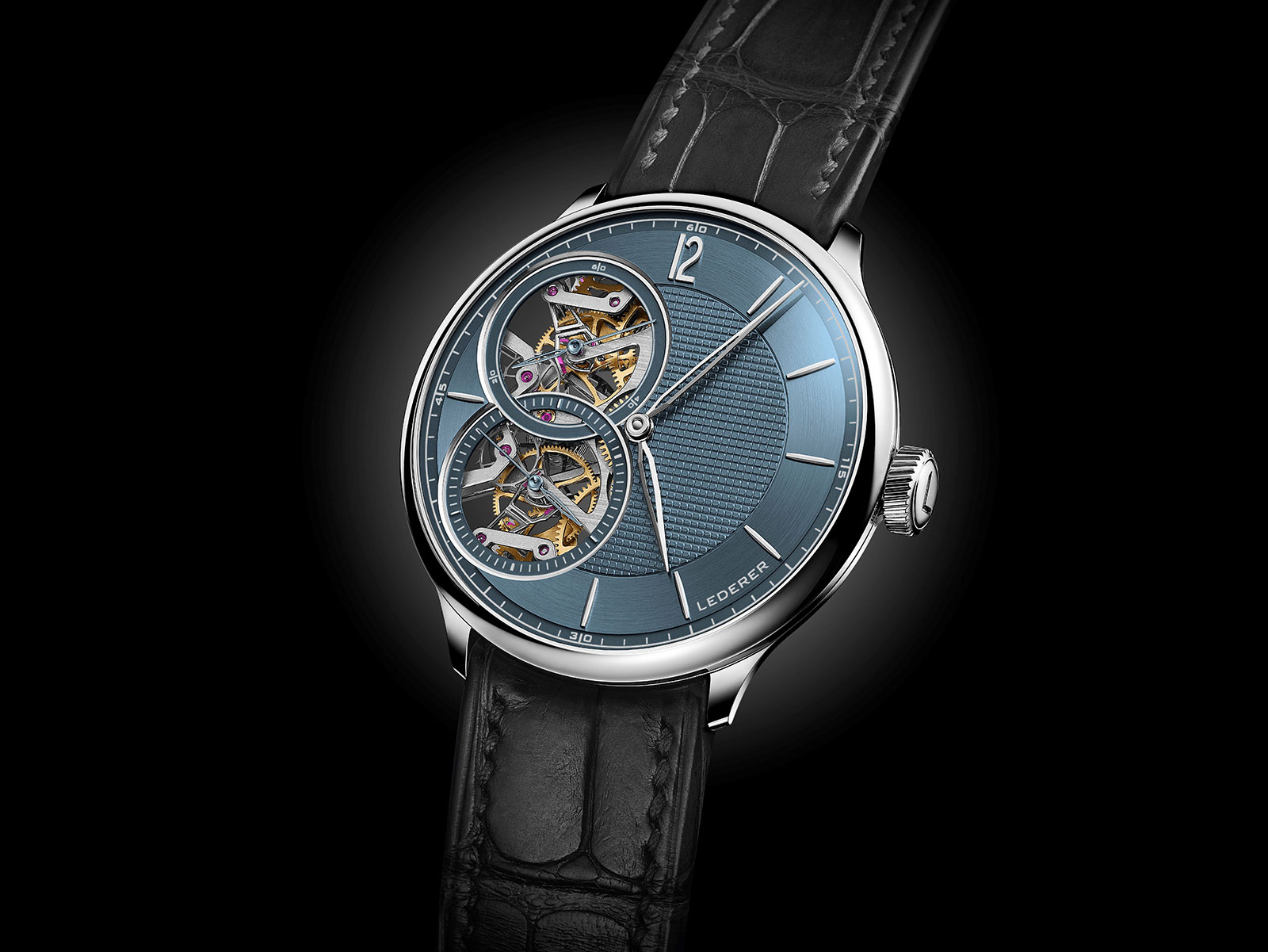 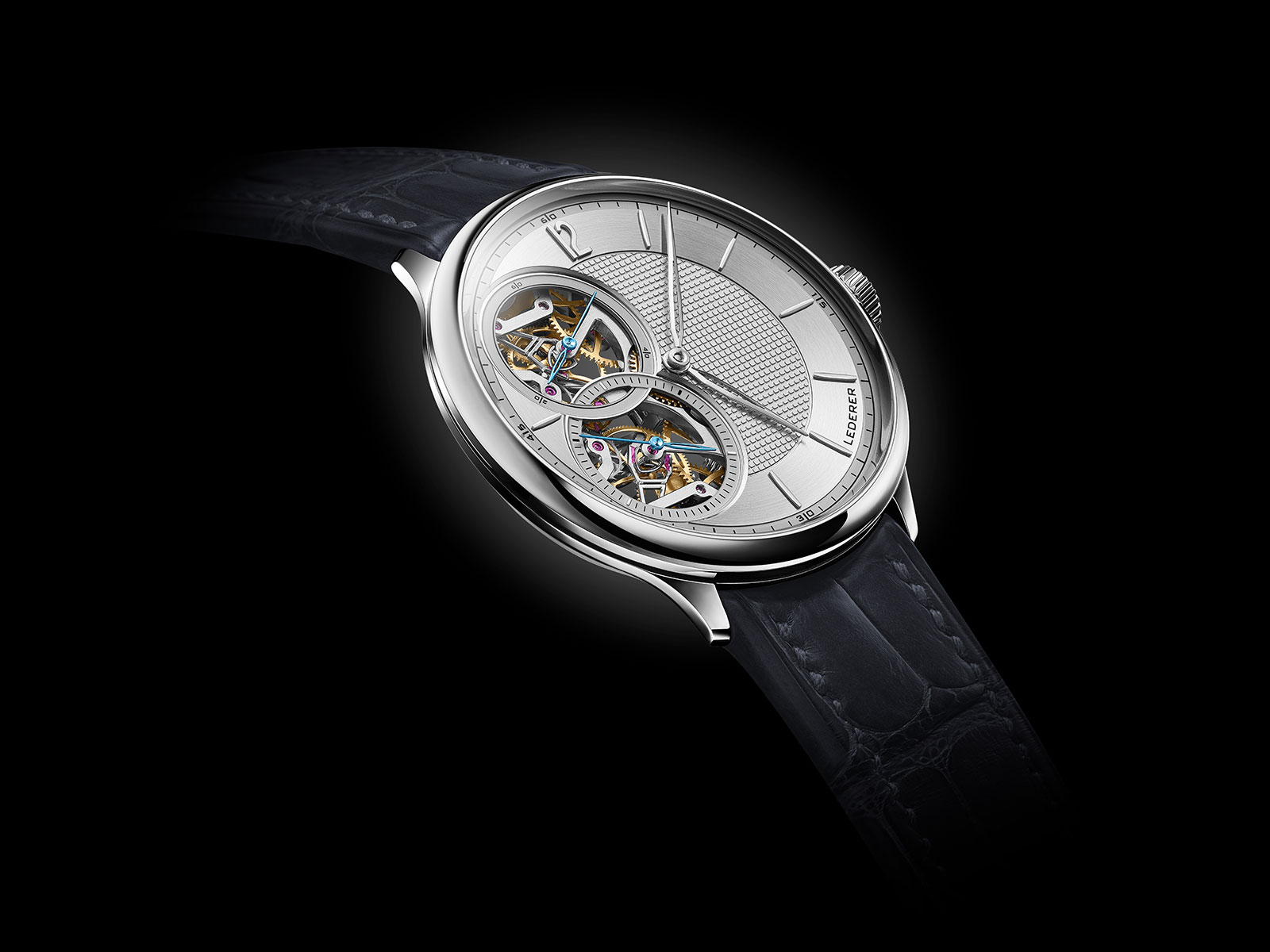