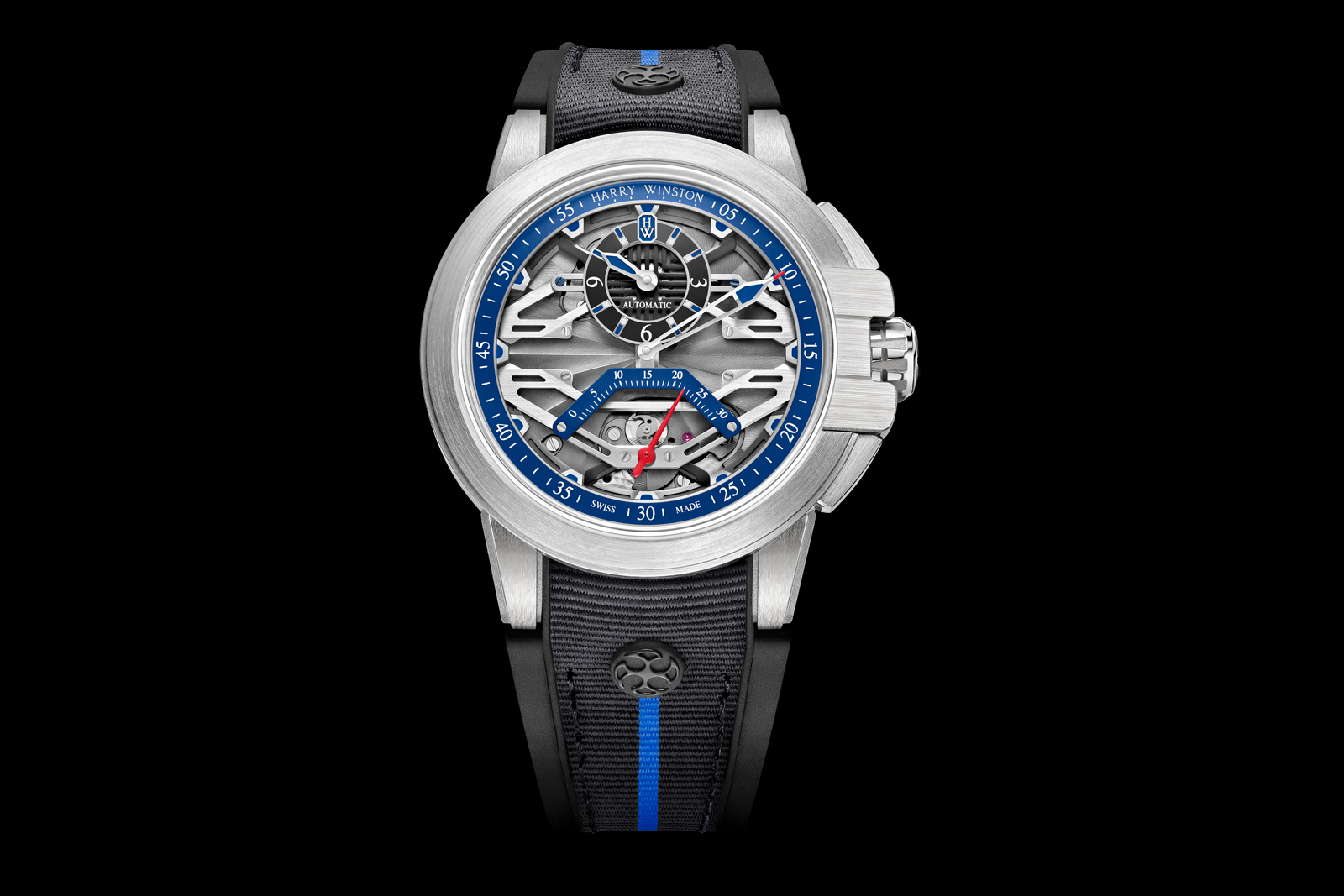 Launched in 2004, the Project Z is Harry Winston’s flagship series within its Ocean line of sports watches, defined by the aluminium-zirconium alloy used for the cases known as Zalium. Traditionally dominated by chronographs and dual time zones, as is typical for a sports watch, the Project Z collection now is now joined by one of the most unusual models to date, the Project Z15. 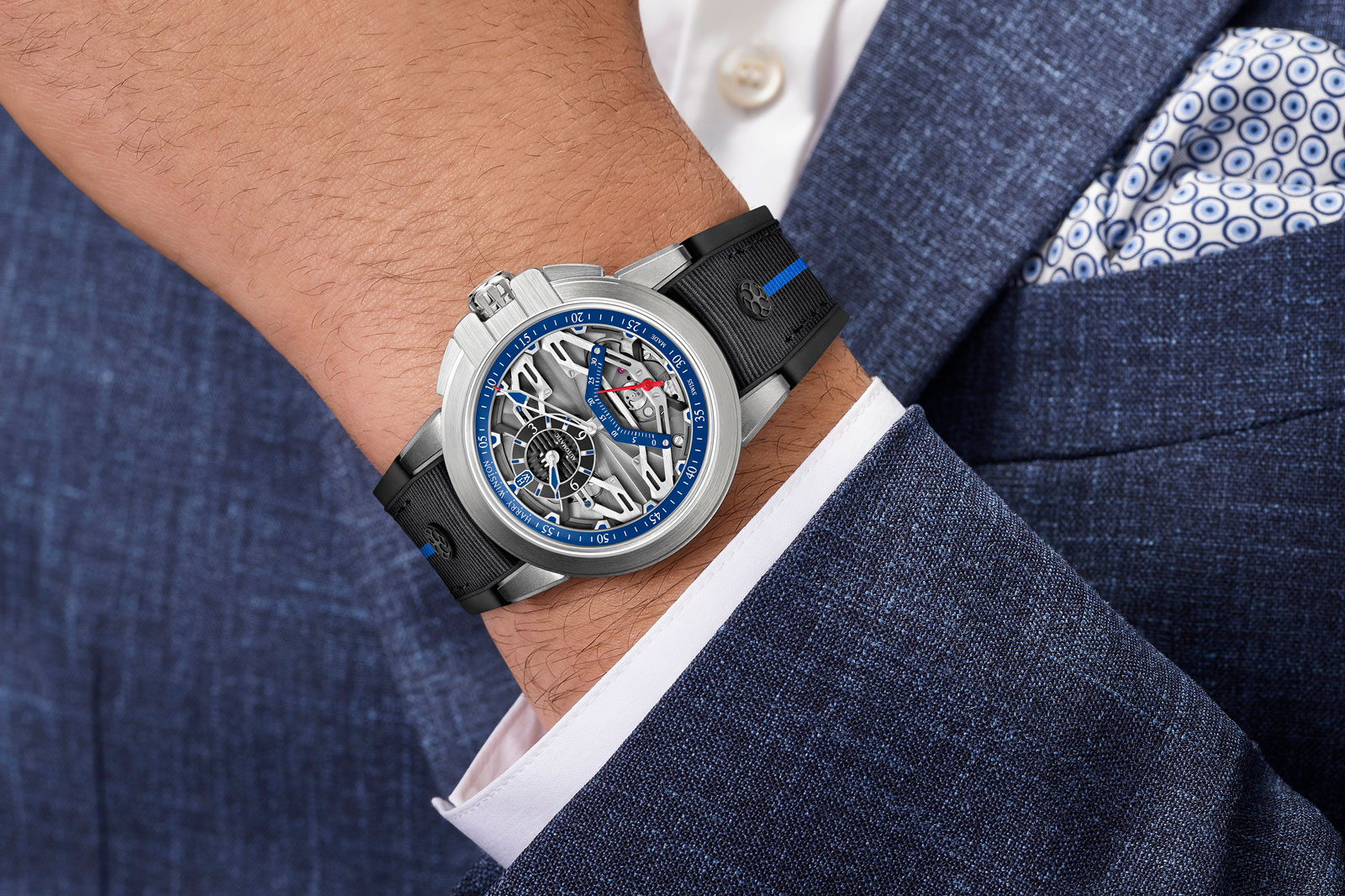 Like its elder siblings, the Project Z15 is masculine in style but muted in colour, all about symmetry and clean, geometric lines, which results in a techno-industrial look that’ll appeal to someone who wants an interesting but understated sports watch.

The new Z15 is a first for the brand in having a regulator-style display, which means the hours, minutes, and seconds hand indicated on separate axes arranged in a vertical line. The layout is not only vertically symmetrical, it improves readability, as much as possible for an open-worked, regulator dial. Most notable is the retrograde 30-second display, which means the seconds hand returns to zero twice a minute, creating near-constant action on the dial.

Interestingly, the skeletonised bridges on the dial finished with a simple, linear graining, giving the face a look that brings to mind the movements found in high-end sports watches from the early 2000s (personified by the highly-complicated Audemars Piguet Royal Oak models). 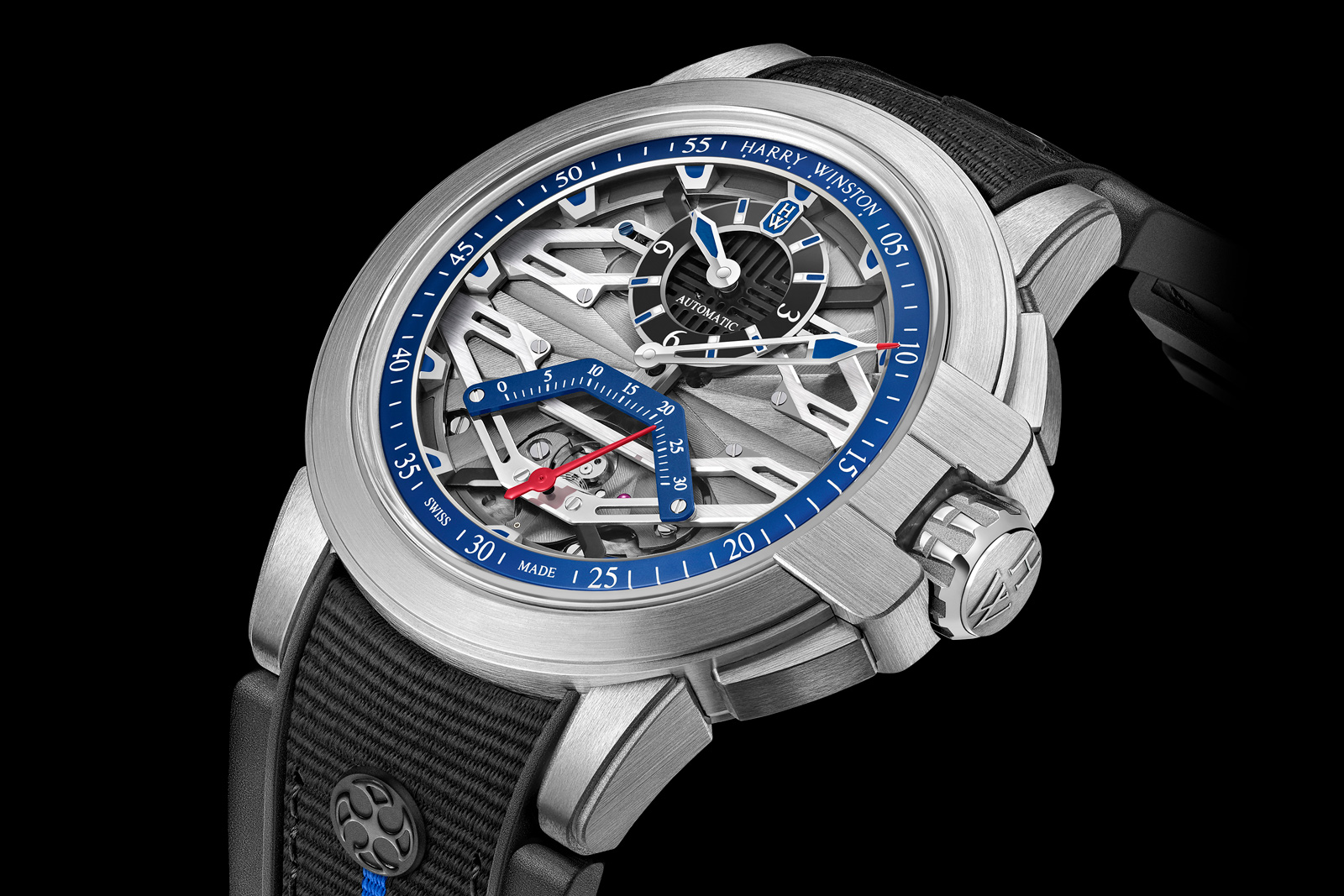 One shortcoming of the Z15 is the resemblance to its immediate predecessor, last year’s Project Z14 that looks almost identical at a distance, but lacks a regulator-style display. Harry Winston has honed the design details to differentiate the two – such as the wider and flatter bezel and the arch of the retrograde scale – but these features are only apparent up close.

That said, the Z14 and Z15 are priced identically, which makes the Z15 a comparatively better buy, since it offers slightly more interesting mechanics.

While the regulator layout is a first for Harry Winston, it is the retrograde seconds that sets the Z15 apart from its competitors – the complication is rarely found in a sports watch.

Thanks to the open dial, the retrograde seconds is made all the more intriguing. Visible at six o’clock is the mechanism comprising a snail cam with twin notches – allowing for two jumps per minute – as well as the coiled spring that propels the seconds hand back to zero. 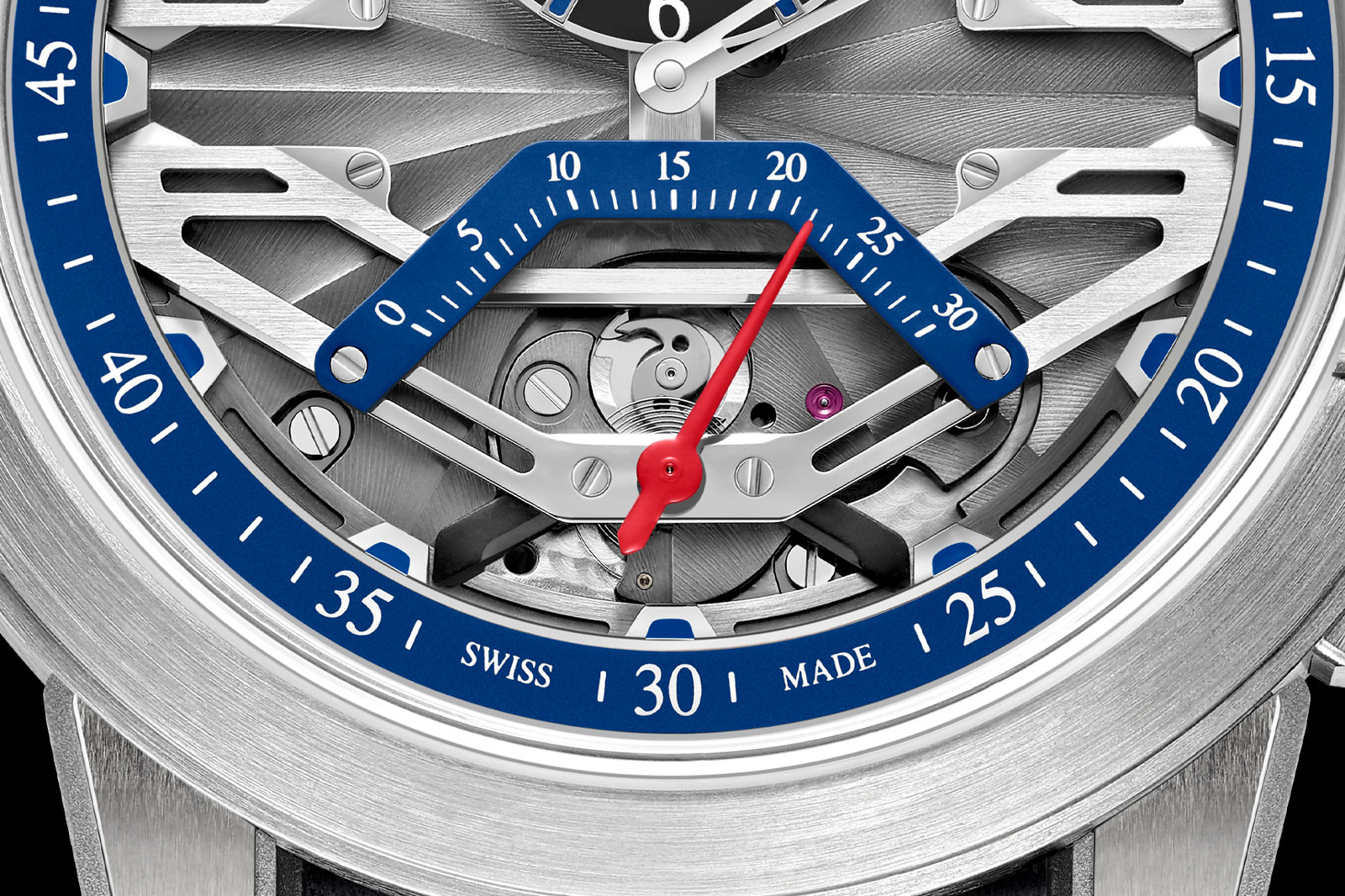 Featuring the trademark crown guard inspired by the arch above the doorway to Harry Winston’s New York store, the case of is Zalium, a mix of aluminium and zirconium that’s unique to Harry Winston in watchmaking. Silvery-grey in colour, Zalium is light and resistant to corrosion.

The HW3207 inside is fundamentally identical to the movements found in earlier Project Z models, which is a Frederic Piguet base upgraded with a silicon hairspring. But here it’s been modified to incorporate the regulator display and retrograde seconds. The HW3207 also has a convenient power reserve of 65 hours, conforming to the norm of three days for most mid- to high-end watches. 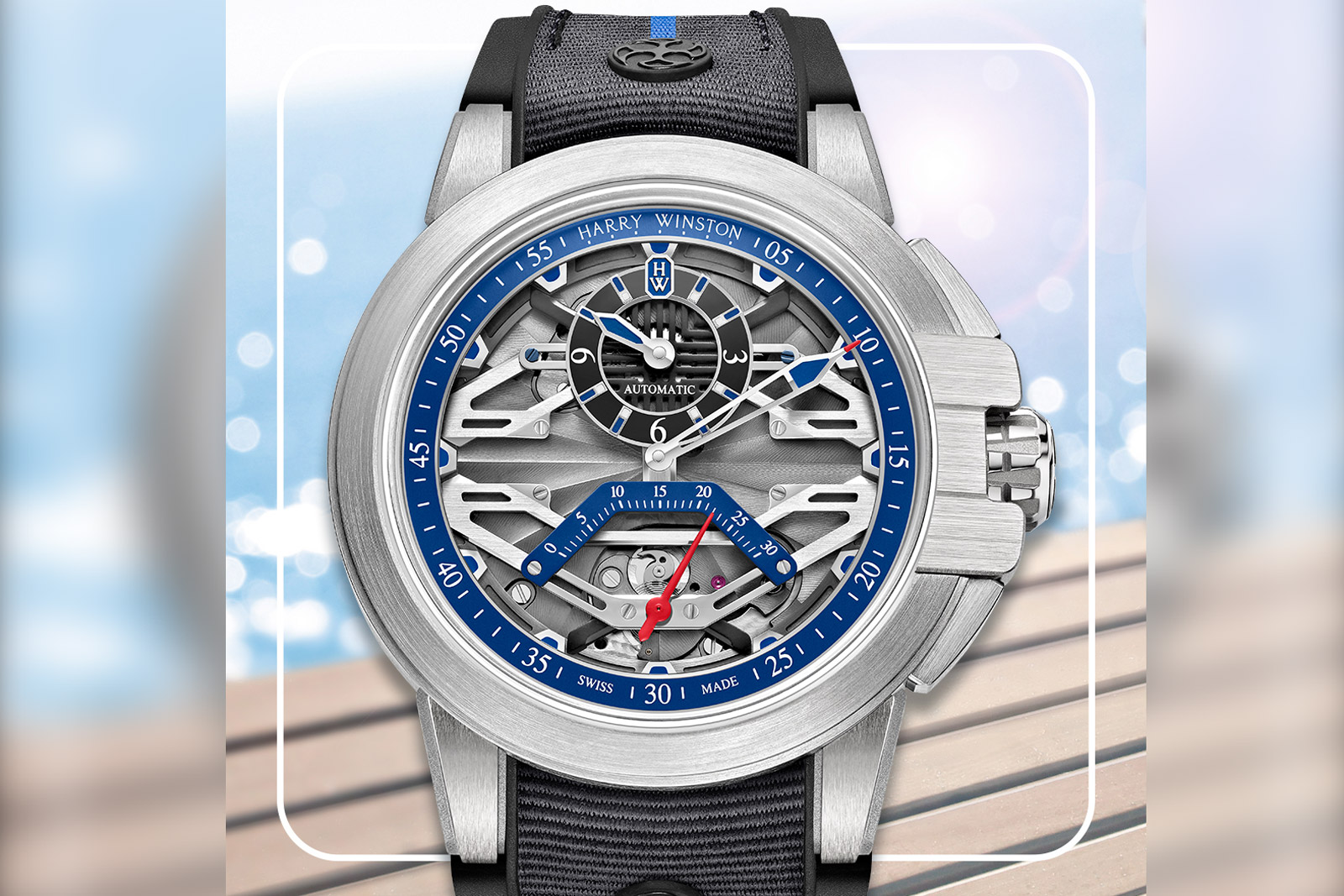